When my children were babies, someone gave me a pure white muslin swaddling blanket made of the most delightfully soft fabric and it quickly became a favorite. Long forgotten, I was reminded of it last year when I saw a basketful of them at Maude in Petaluma. A maternal impulse found me buying one with no apparent need. That was until  I was in search of a light summer bed covering–something that would double as a sheet in hot summer weather. I realized that I could make a king-size sheet out of four blankets and promptly bought three more. Initially, I had envisioned sewing them together with red cotton thread to form a large red cross, but realized my rudimentary sewing techniques were best manifest in white. I am still contemplating a red cross along the seams, but in the meantime, it has become the go-to summer sheet/covering perfectly suited to those evenings when the temperatures soar. 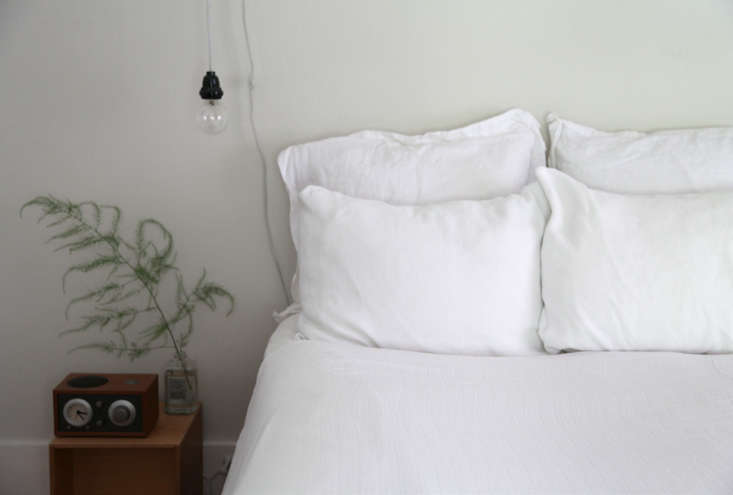 Above: Four single swaddle blankets sewn together to make a king-size covering. The open weave allows for plenty of air flow.

Above:  The Aden + Anais single organic muslin swaddling blanket atop a waffle weave cover. The muslin is made from organic cotton and is available in store at Maude or online at Aden + Anais; $49.95 for a box of four. Restoration Hardware makes a Chunky Waffle Weave Cotton Blanket that is currently on sale for $125. 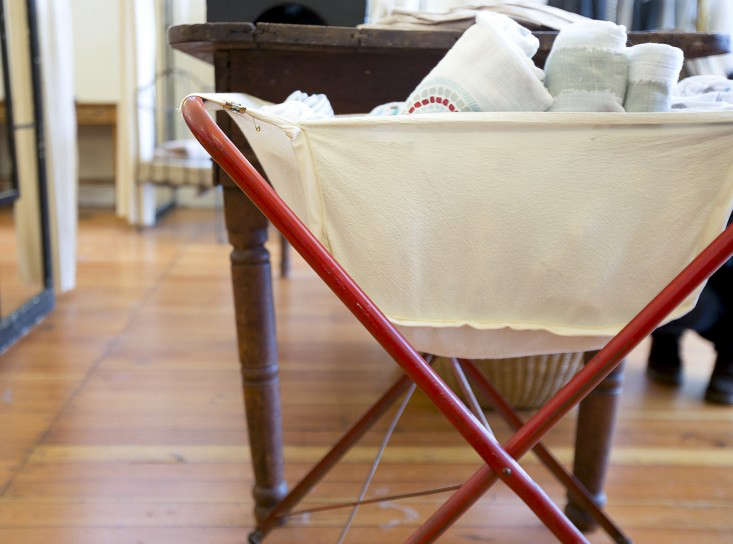 Above: The swaddling blankets at Maude that come in plain white or with a choice of patterns. Photograph by Mimi Giboin.

N.B.: This post is an update; the original story ran on July 29, 2013, as part of our issue called The Summer Bedroom.

Kitchen of the Week: A DIY Kitchen Overhaul for Under $500

Next Stop, Montecito: Once a Train Depot, Now a Minimalist Sanctuary