Cyberpunk meets the sink: DIY faucets fashioned from plumbing parts have been cropping up all over. We’ve been taking note—and considering asking our own plumbers whether they’re any good with a torch.

Feeling handy? Instructables offers instructions on How to Build Your Own Copper Pipe Faucet. And you can source a variety of copper parts, including piping, elbows, and pressure cup adapters, from Home Depot. 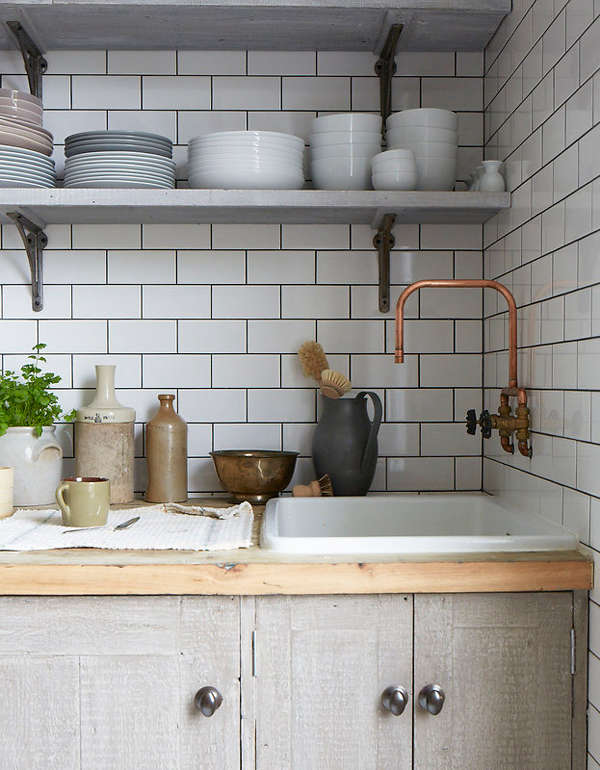 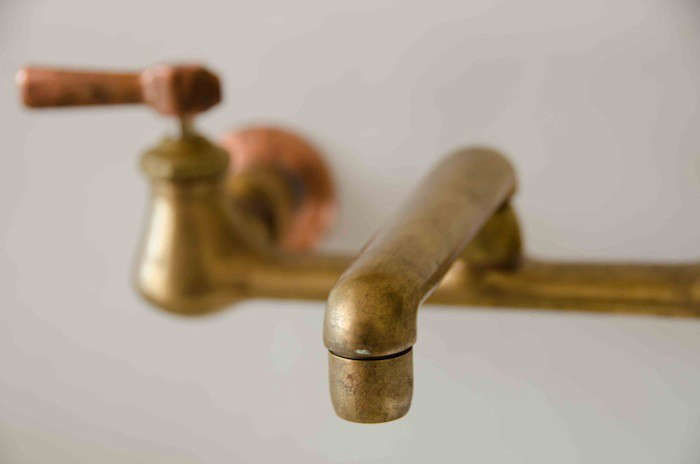 Above: Emerick Architects stripped the plating on a budget-friendly Chicago faucet to achieve an old-fashioned matte brass and copper look. The bridge faucet is in a Seaside, Oregon, project that was a finalist in the Remodelista Considered Design Awards 2014—and we’ve been talking about it ever since. See Architects’ Go-To Traditional Faucets. 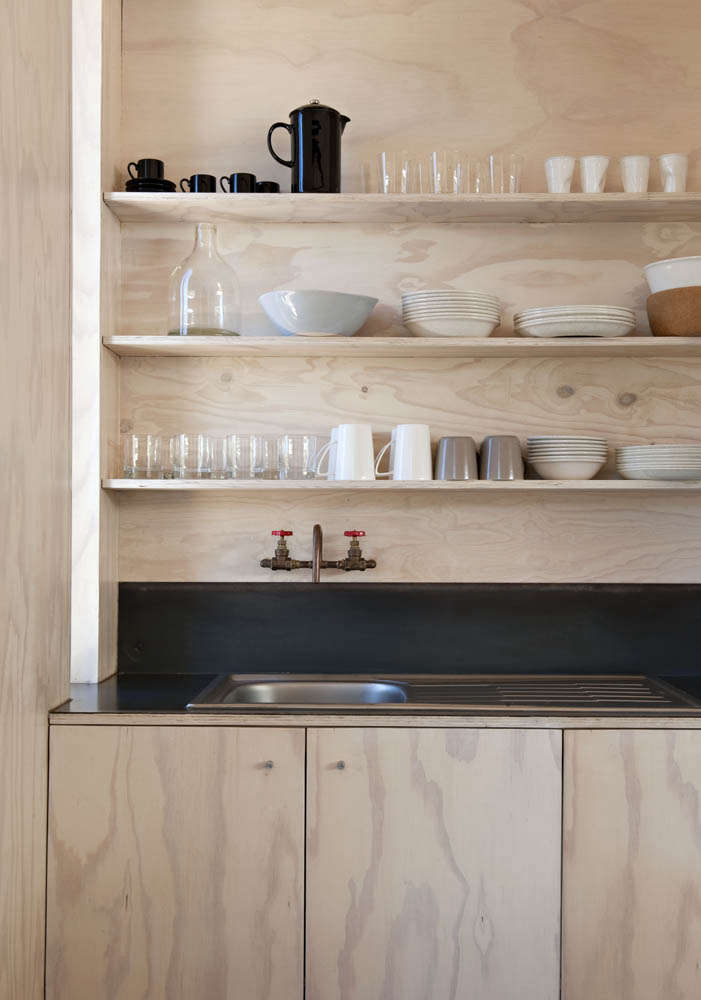 Above: In a modern beach cabin in Scarborough, South Africa, designers Beatty Vermeiren detailed the kitchen with a faucet made from industrial parts. Similar valve handles are available on Etsy via the Old Time Junk Shop.

The house is available via AirBnB, and it is on our dream rentals list. Photograph courtesy of the homeowners. 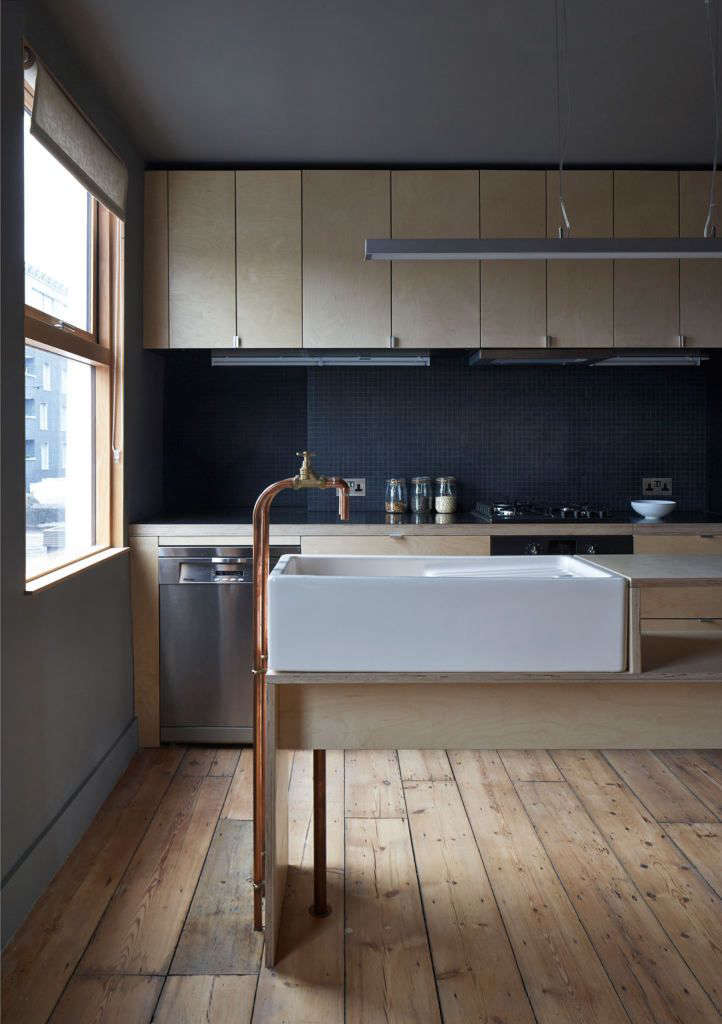 Above: The kitchen island has standing copper faucets in the Ironmongers’ Quarters, a residential and commercial project in East London by Jonathan Tuckey, a member of the Remodelista Architect/Designer Directory. Photograph by James Brittain Photography. 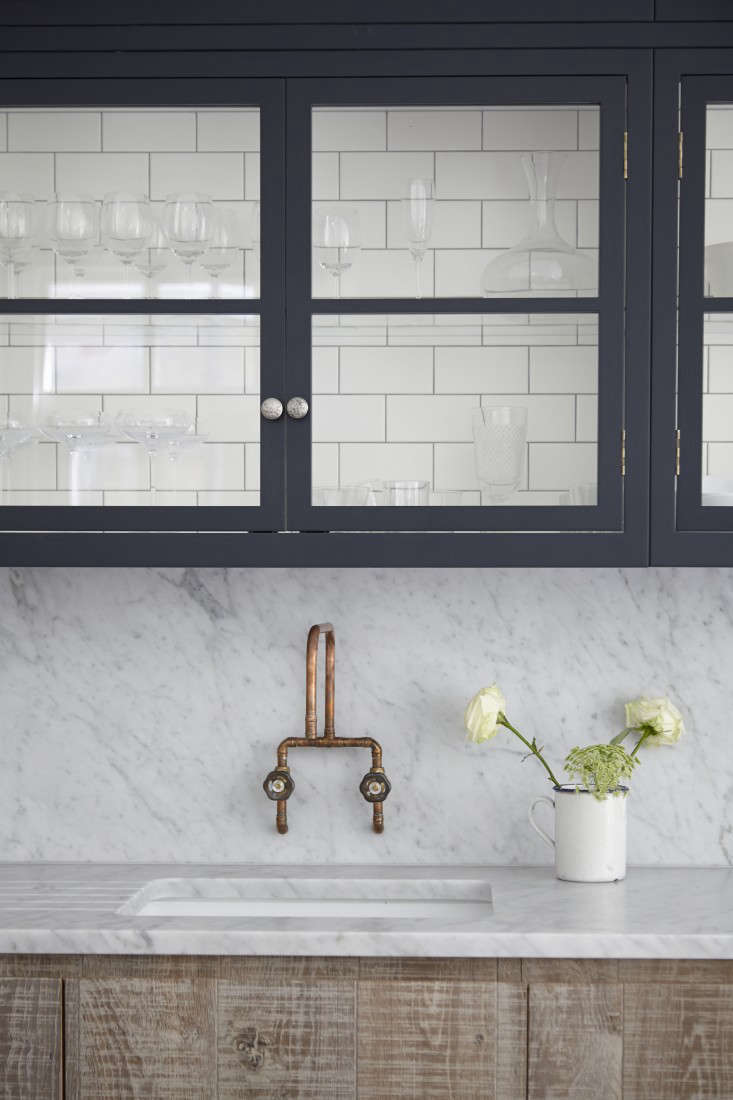 Above: Drakes London’s Scandi-style Endless Summer kitchen features a copper faucet that was built on site by the plumber. See Steal This Look for more details. Photograph courtesy of Light Locations. 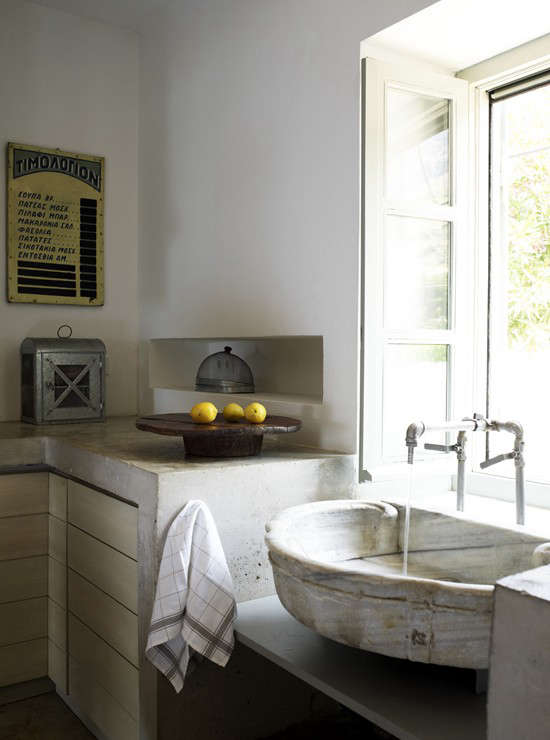 Above: In his house on the Greek isle of Hydra, Theodore Zoumboulakis paired a marble fountain basin with a faucet he assembled himself. See Kitchen of the Week: A Greek Architect’s Ode to Minimalism. Photograph by Studio Paterakis, courtesy of Zoumboulakis Architects 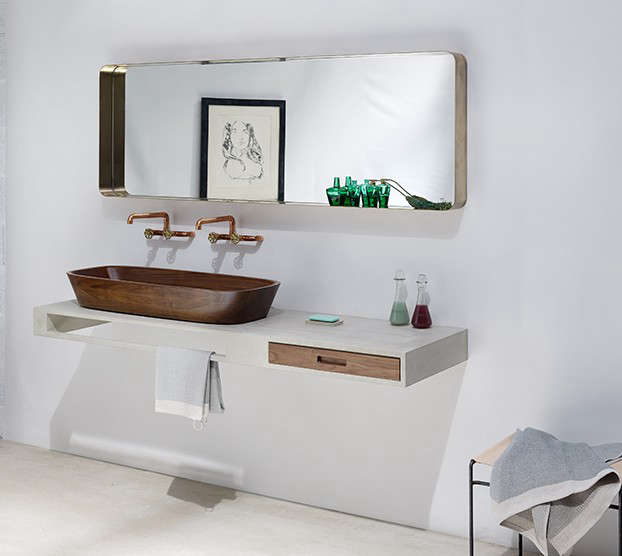 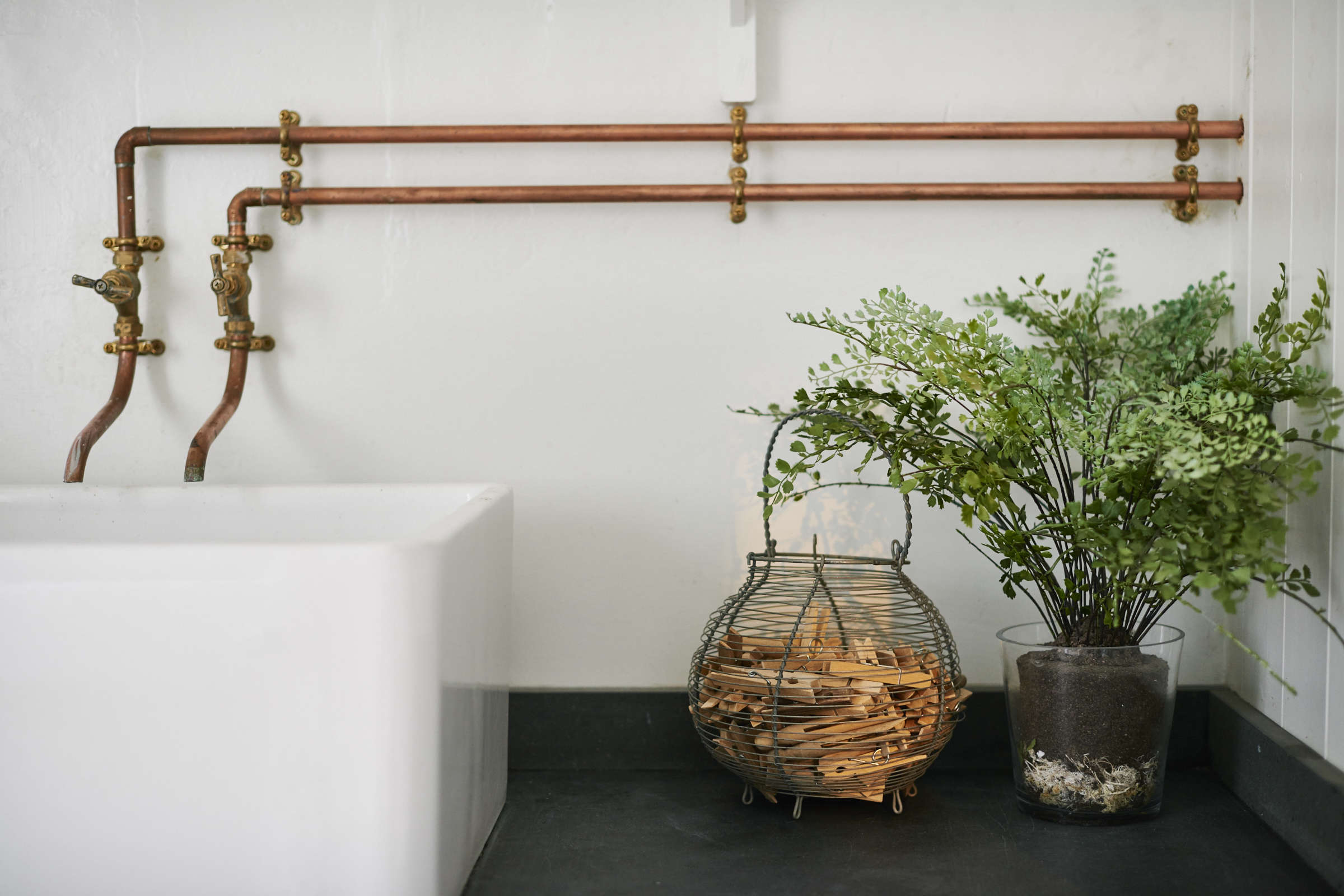 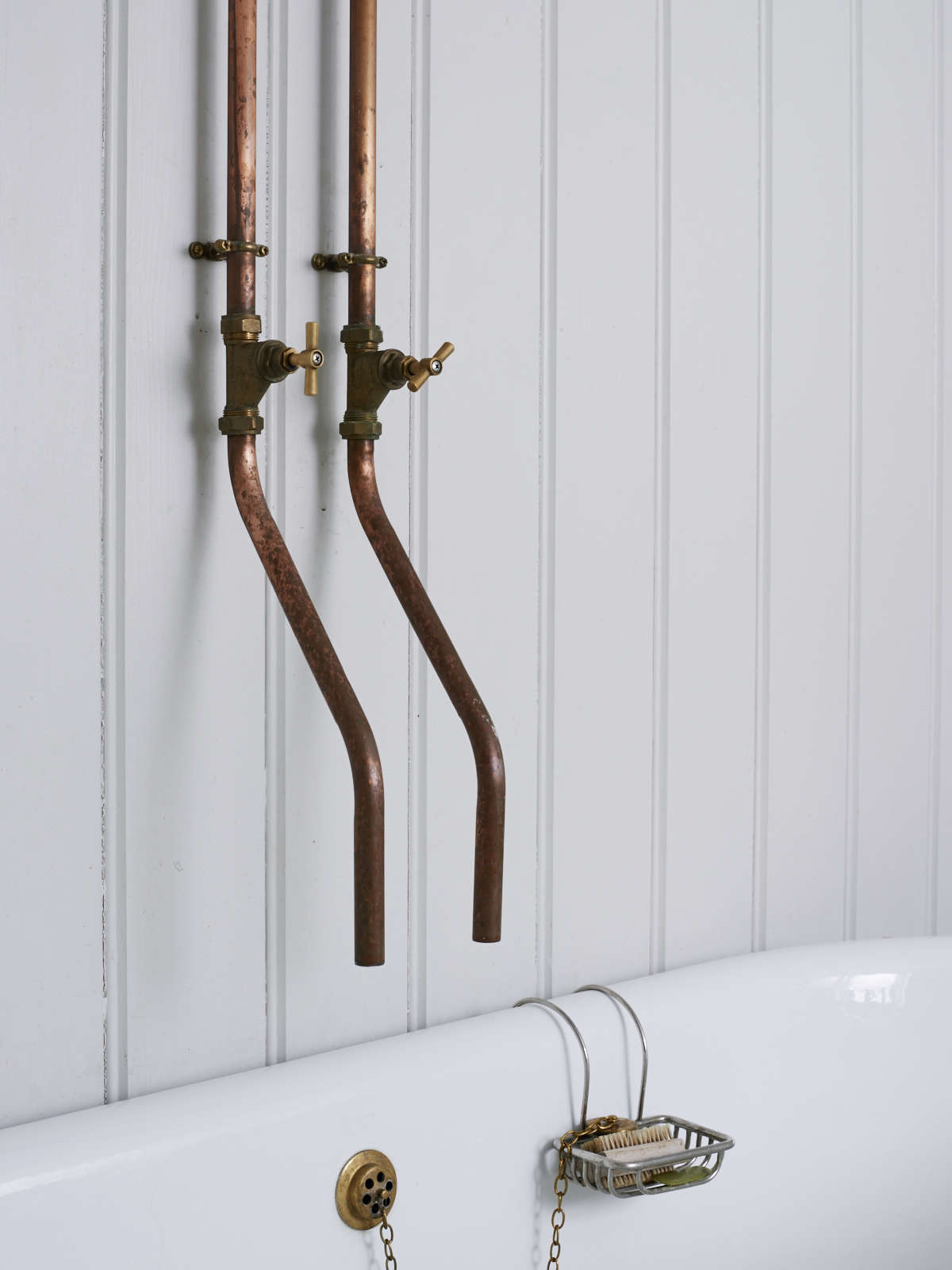 Above: Turner’s bath also features a pair of handmade patinated copper faucets. For more, see Steal This Look: A Vintage Bath in England with a DIY Faucet. Photograph by Matt Lincoln via The Modern House. 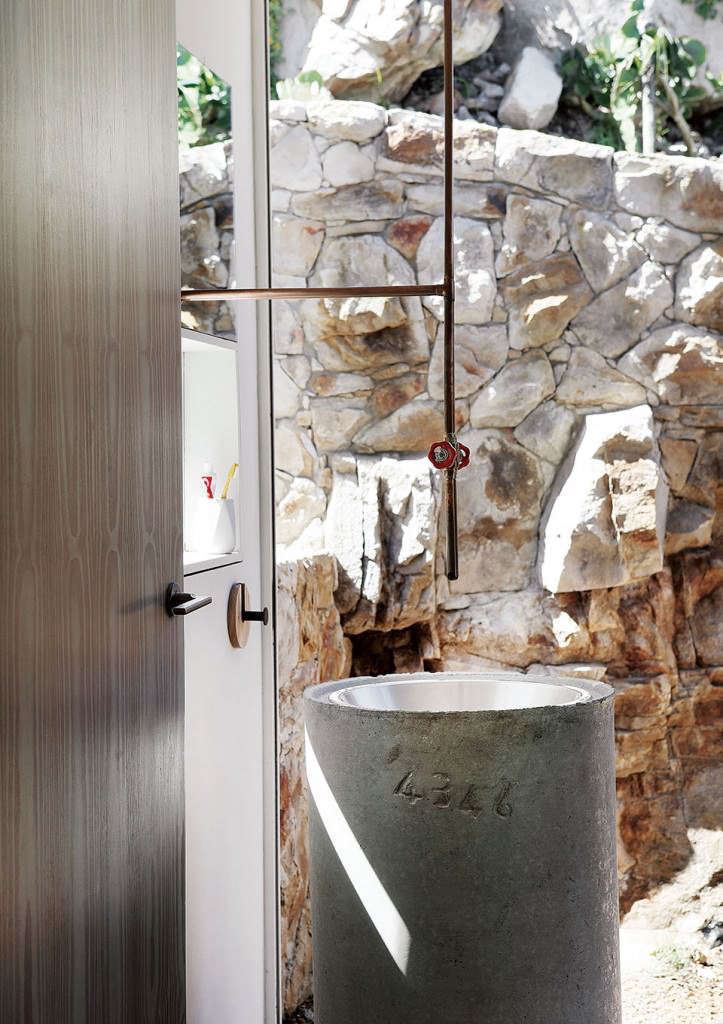 Above: The Beatty Vermeiren–designed South African beach place mentioned above also has a memorable indoor/outdoor bathroom: The sink is fashioned from a concrete drainage pipe and a homemade copper faucet. See more at AirBnB. Photograph courtesy of the homeowners.

Finally, get more ideas on how to evaluate and choose your bathroom sink and faucet in our Remodeling 101 Guide: Bathroom Sinks & Faucets.

Steal This Look: A Small but Smart Kitchen in Brooklyn

Trend Alert: Shaggy Cushions to Have and to Hold