Willow, rattan, and other natural fibers have been woven into wicker baskets for a very long time–they’ve turned up in the tombs of the pharaohs and the ashes of Pompeii. The Romans brought wicker baskets with them to England, where (unlike other Roman attempts at civilization, e.g., bathing), their popularity never faded. Certainly one can more easily imagine a wicker basket hanging from the arm of Mrs. Miniver than from Julius Caesar’s. Used to import tea and export china, wicker went on to play a role in the growth of the British empire.

The willow tree, which thrives in damp, well-drained soil with some sun, is perfectly suited to the southern English climate, and is the most common material used to weave baskets in the UK. The county of Oxfordshire alone provided inspiration for Kenneth Grahame’s classic children’s book The Wind in the Willows and William Morris’s iconic wallpaper design Willow Boughs, both as popular today as they were in the Edwardian era. Of late, handwoven wicker has been enjoying a revival–take a look at its surprisingly broad array of uses. 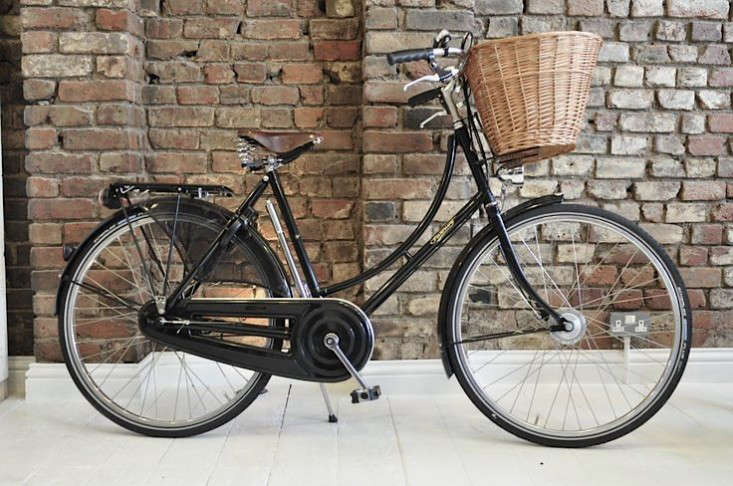 Above: The British are quite serious about cycling–and minding their manners when they do so. Children take the Cycling Proficiency Test at age 11, and the rules of the road are henceforth respected. A wicker basket is invariably strapped to the front of the bike, a detail which, in addition to being functional, brings a dash of country to the city. The Pashley Britannia, shown here, hasn’t changed much since it was introduced in 1926; it’s available for £675, basket included, from Pashley. The company’s bikes are distributed in the US by Belmont; the list of retailers includes Adeline Adeline in NYC, which offers the Britannia for $1,495. 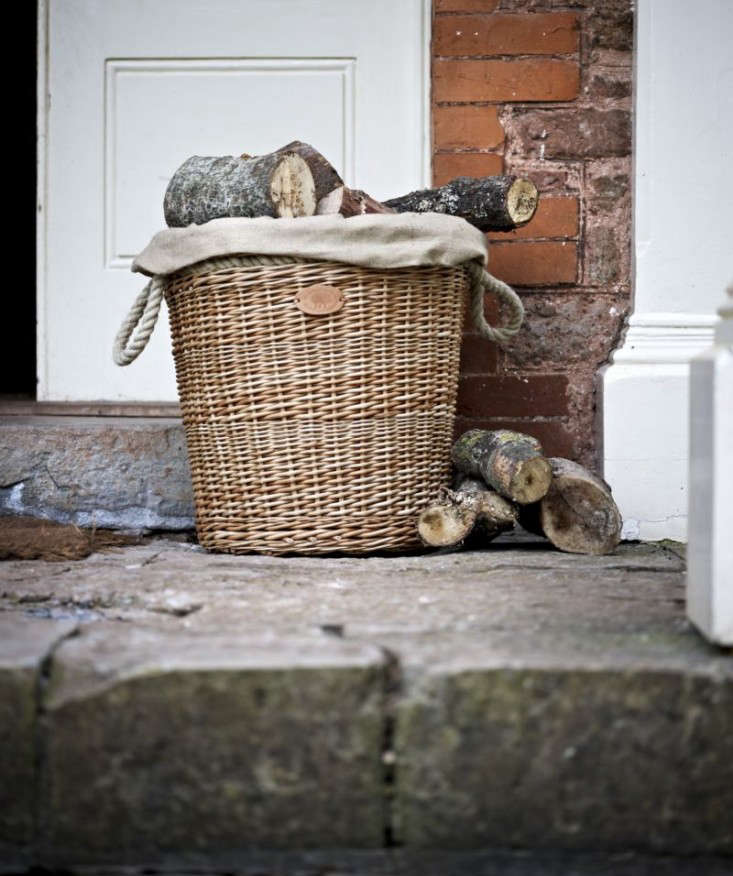 Above: The Somerset Willow Company has been making picnic hampers, log baskets, and willow furniture since 1959; the Round Log Basket with Rope Handles is £125 ($198.32) for the large size. 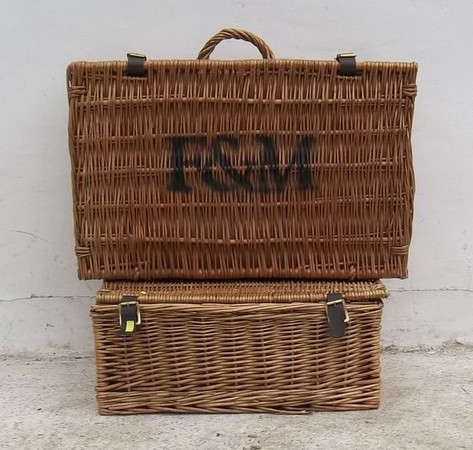 Above: The concept of takeaway food originated at Fortnum & Mason in 1738, when it introduced the bread-crumb-and-sausage-wrapped Scotch egg for coach travelers. Since then, wicker picnic baskets and hampers have been synonymous with the store. Fortnum’s food- and drink-stocked hampers begin at £45 ($71.44) and are delivered worldwide. Photograph of vintage F&M hampers via Batemans (similar Vintage F&M Hampers can be found on eBay). 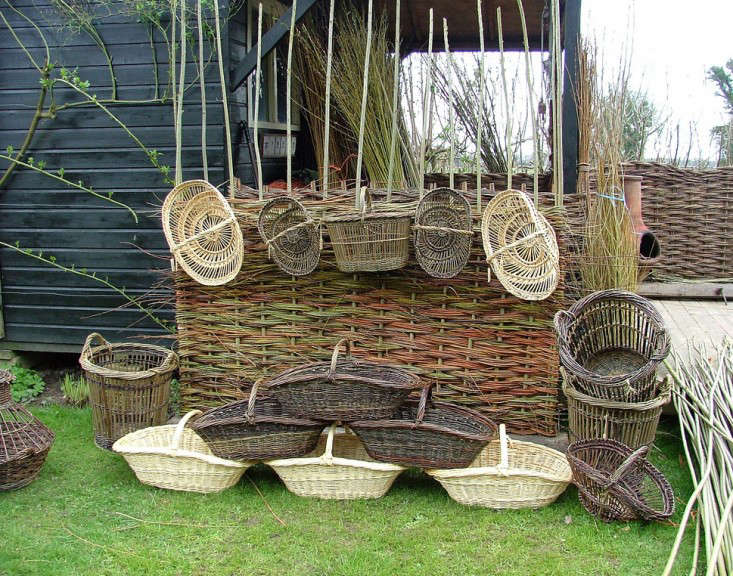 Above: The Norfolk Basket Company weaves English and French willow into a wide range of traditional containers. Included above are the Wet Linen Basket, bottom row center, sized for laundry, £40 ($63.50), and the Cran Style Basket, bottom right, which is modeled on the old Norfolk herring cran (originally a fisherman’s measuring unit), £68 ($107.96). The David Mellor shop on Sloane Square stocks a small selection of Norfolk Basket Company wares. 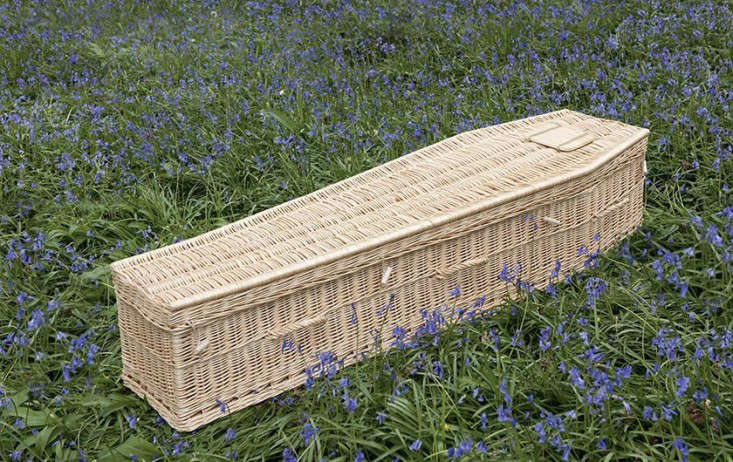 Above: The willow coffin, so redolent of Thomas Hardy, is having a huge comeback. Seen recently at the funerals of Deborah, Dowager Duchess of Devonshire (the youngest of the six Mitford sisters), and Jack Bruce of the very British rock group Cream, the woven coffin telegraphs “There Will Always Be an England” (and also has obvious ecological advantages). A wide selection is available at The Somerset Willow Company in the UK, and from The Natural Burial Company and Passages in the US and UK; inquire about pricing.

Object Lessons columnist Megan Wilson is the owner of Ancient Industries and the curator of the Remodelista 100, a collection of everyday essential objects featured in the Remodelista book. Watch for her column every Tuesday, and have a look at her past lessons on iconic designs, including The Autumnal Broom and The Great British Range Cooker.

A New Emporium Devoted to the Tried and True

Steal This Look: A Tiny, Seaworthy Kitchen on the French Riviera