Turns out, a touch of dark suits the City of Light. Take a look at Dorothée Meilichzon’s navy-inflected Art Deco design for the resurrected Hotel Bachaumont in Sentier in the 2éme (within strolling distance of the Louvre). 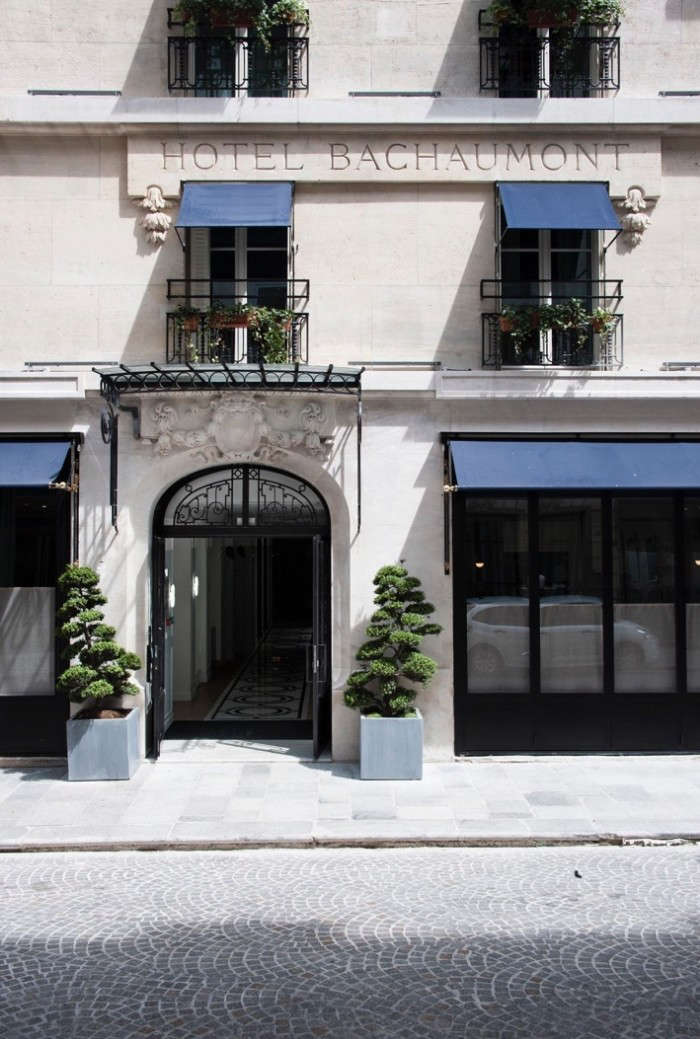 Above: Situated in a turn-of-the-20th century building near Les Halles, the hotel is in its second incarnation: A happening place to stay in the twenties, it was later occupied by a medical clinic. Now owned by Samy Marciano of La Clé Group, it recently reopened as a hotel after a three-year renovation. 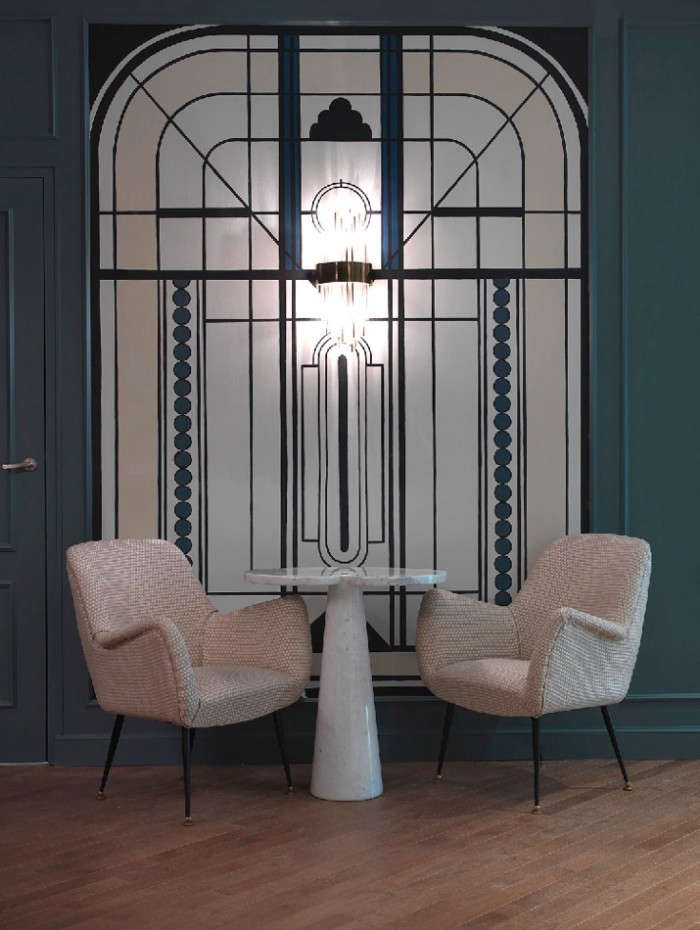 Above: Taking inspiration from the hotel’s origins, Melichzon and her team at Chzon took a glam retro tack starting in the lobby. 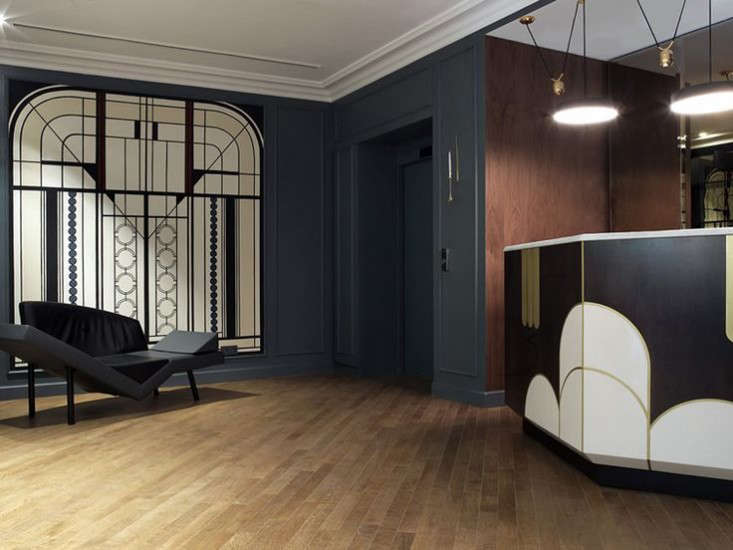 Above: Playful combinations of black, white, and blue surface in every room. Most of the furnishings and fittings are custom designed. 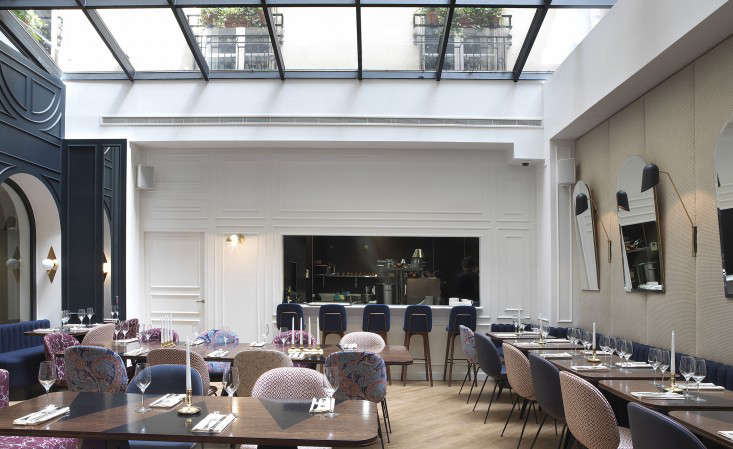 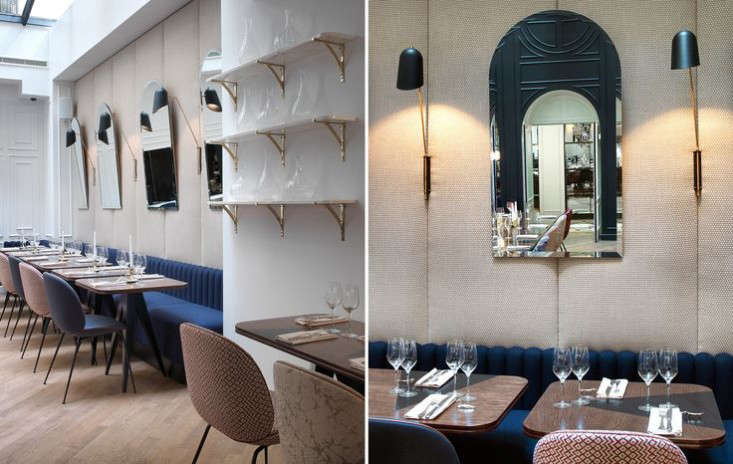 Above L and R: The room is detailed with brass bracketed shelves and sconces and an upholstered wall. The lineup of mirrors echoes the lines of the paneling opposite them. 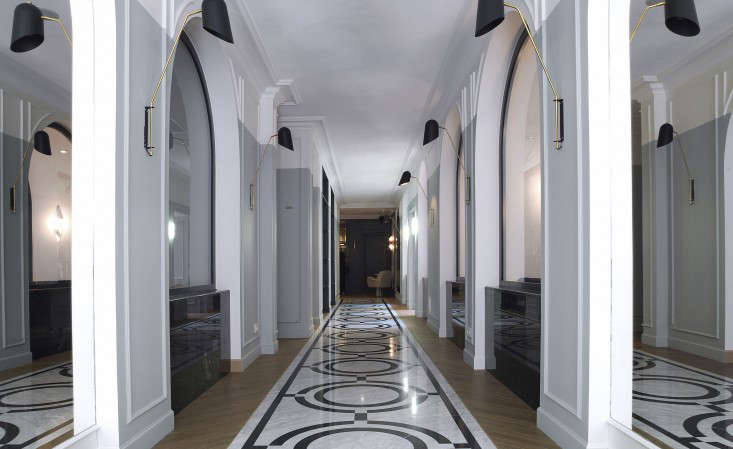 Above: The Bachaumont has its own Versailles-style hall of mirrors. 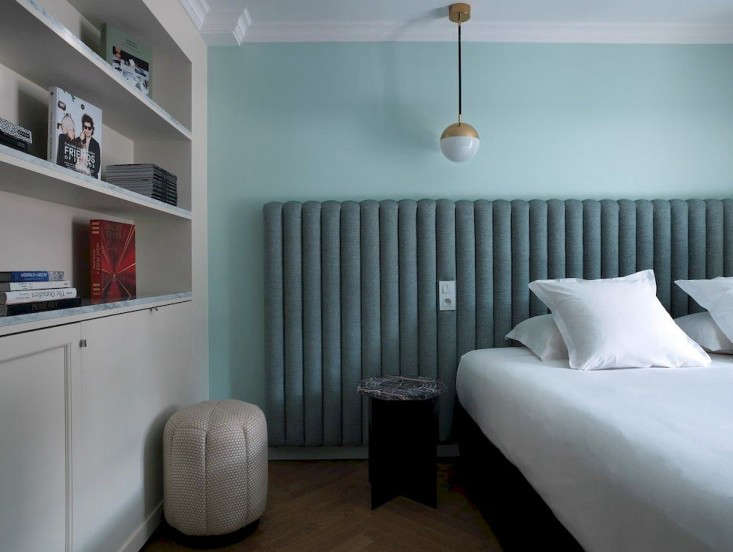 Above: Melichzon specializes in hotel design and is known for her inventive upholstered headboards. There are 49 rooms at the Bachaumont, all in a spectrum of blues. 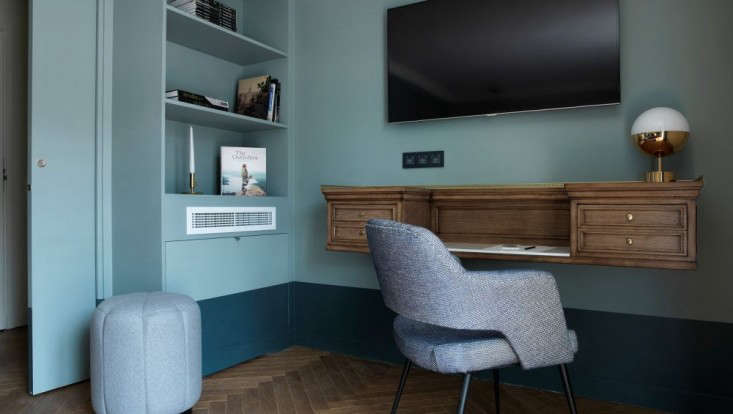 Above: Each room has a wall-mounted wooden desk, herringbone floor, and brass-accented globe lights. (For lighting that’s similar in spirit, see the designs of LA’s Atelier de Troupe.) 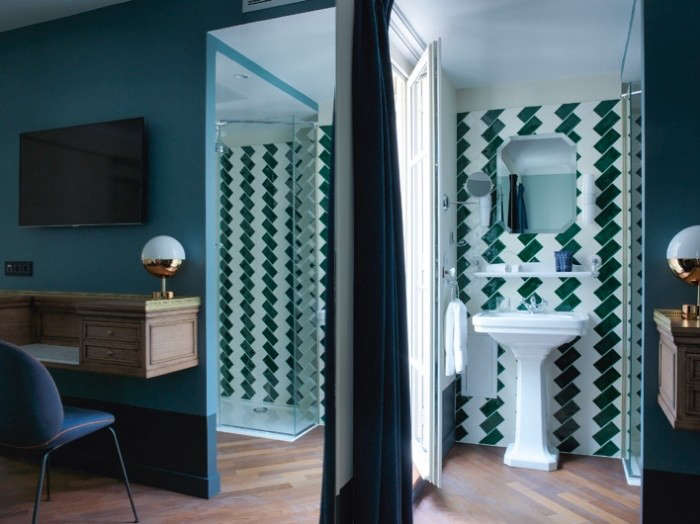 Above L and R: An executive room with a green-and-white tiled bath. 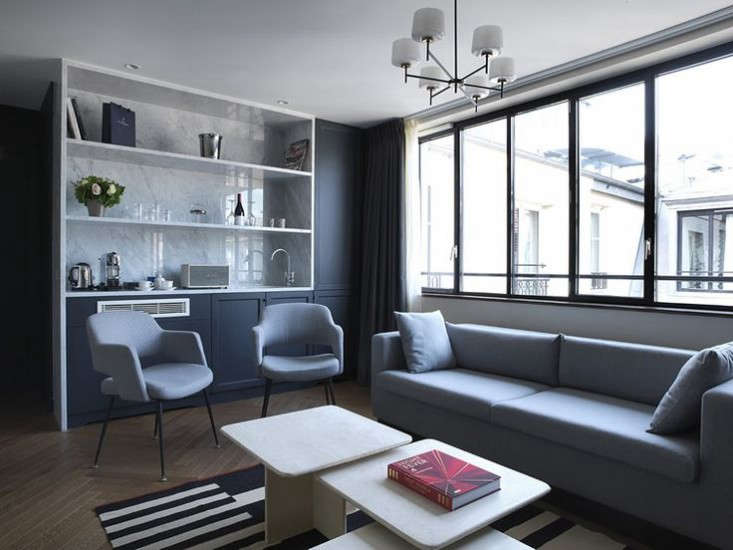 Above: A living room suite with marble shelving that incorporates a bar sink. 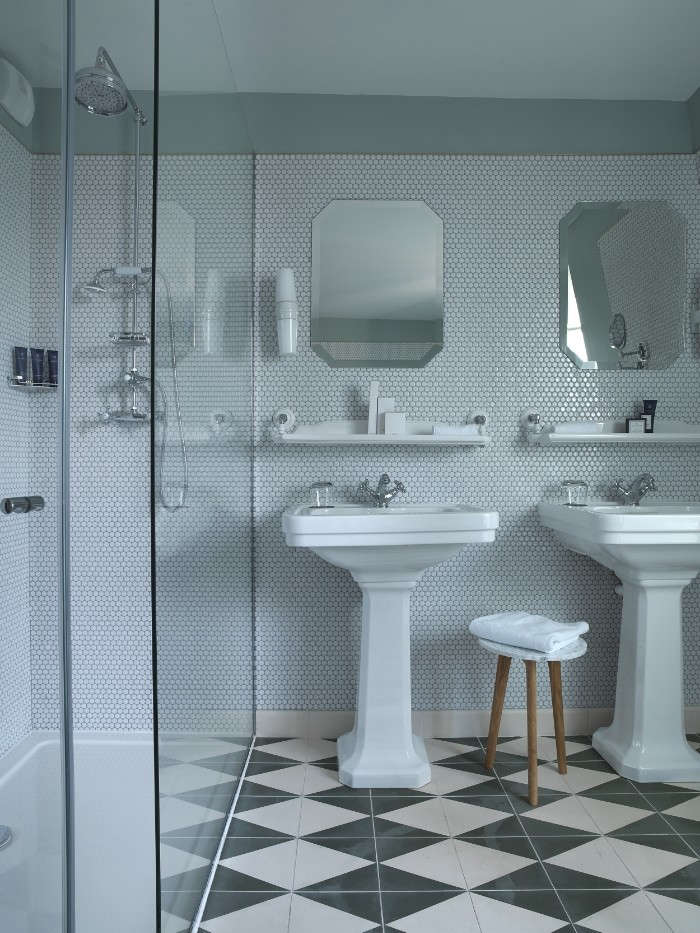 Above: A bathroom for two with a harlequin floor and hex-tiled walls in Suite Bachaumont. 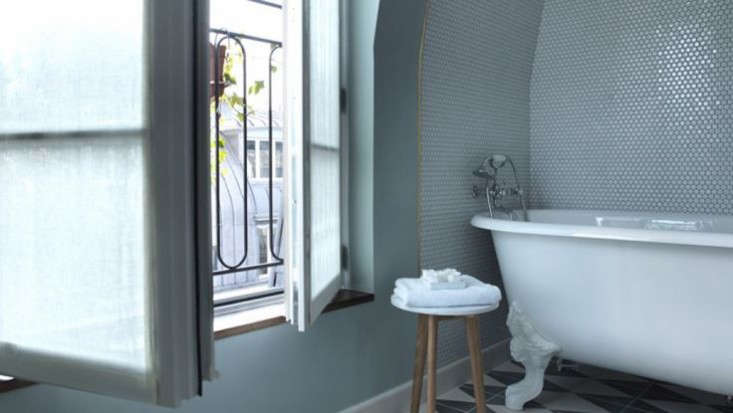 Above: The room also has a claw-foot tub in a tiled niche. 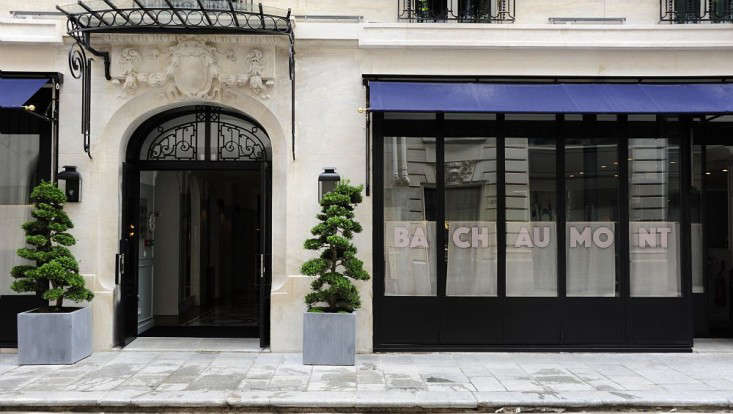 Above: Hotel Bachaumont is well-situated in the heart of Paris.

Taking a trip? Here are three more hotels in our Paris address book:

Lessons in Mixing and Mismatching: Merci Reinvents a Paris Apartment

Kitchen of the Week: A Two-Toned Design in Denmark