A few weeks ago, our editorial team was on a group call when we got off on a tangent about the welcome return of sensible underwear. We’ve been seeing it everywhere: well-made, high-waisted, subtly shaded intimates, and we’re onboard. We like our underwear like we like our architecture: practical, durable, and stripped of pointless frills.

When it comes to undergarments, I am a supporter of 1990s-style androgyny (remember the Calvin Klein ad with Kate Moss wearing men’s briefs?). When did women’s underwear get so wispy and so … made offshore out of cheap synthetics? Where have the basic undies gone? Designer Daphne Javitch, founder of Ten Undies, said it best to Style Like U: “Where’s the underwear that you bought at Woolworths in NYC during the 1970s? They were cute, kind of sexy, but simple, straightforward, everyday underwear.” The kind of underwear Jill Clayburgh wore in An Unmarried Woman and Diane Keaton sported in Annie Hall.

I know I’d like a pair of Annie Hall briefs, so I’ve rounded up eight selections where stealth sex appeal meets comfort. 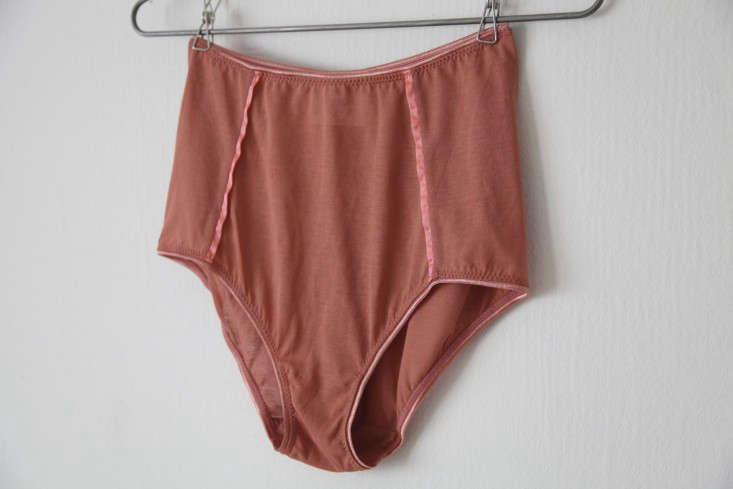 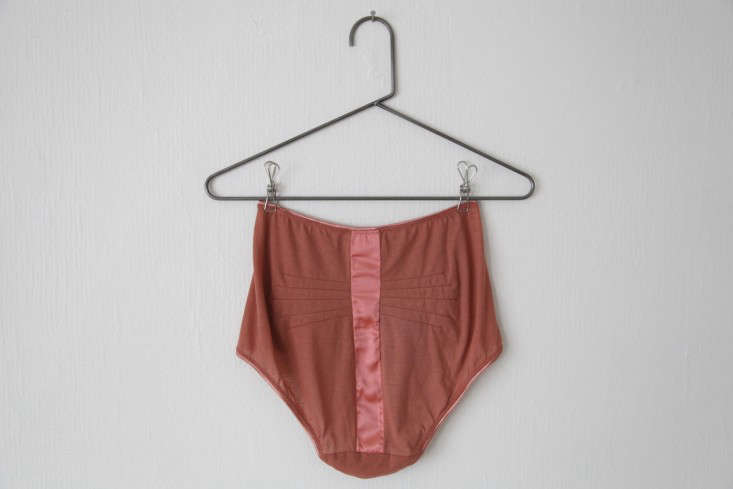 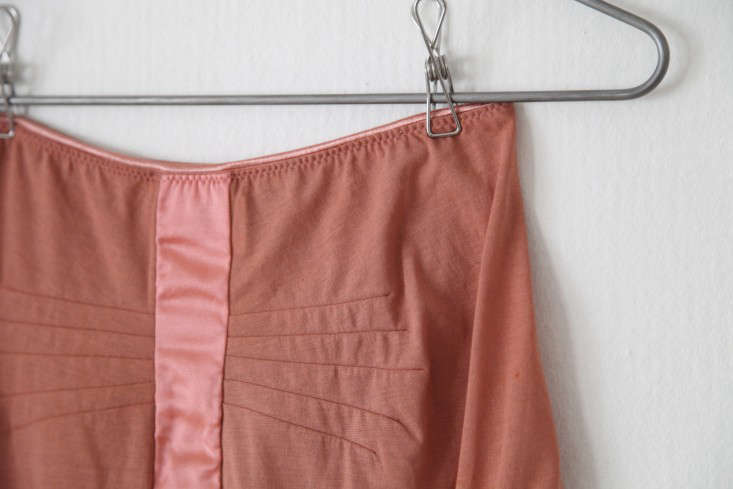 Above: Armenian designer Araks Yeramyan began designing lingerie in 2000; three years later, Sofia Coppola was asking for her number from Erica Tanov (who sold Araks’ eponymous line in her NYC and SF shops). Coppola sourced the famous briefs for the opening shot of Lost in Translation and put the brand on the map. The Mirabella Hipster in penny, a copper color from the new spring line, is a high-waisted hipster made in the US from cotton crepe with silk details at the hip and inset in the back; $115 at Araks. 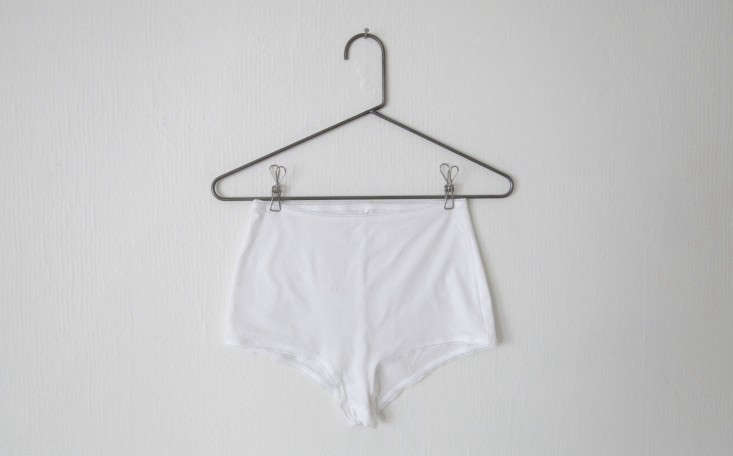 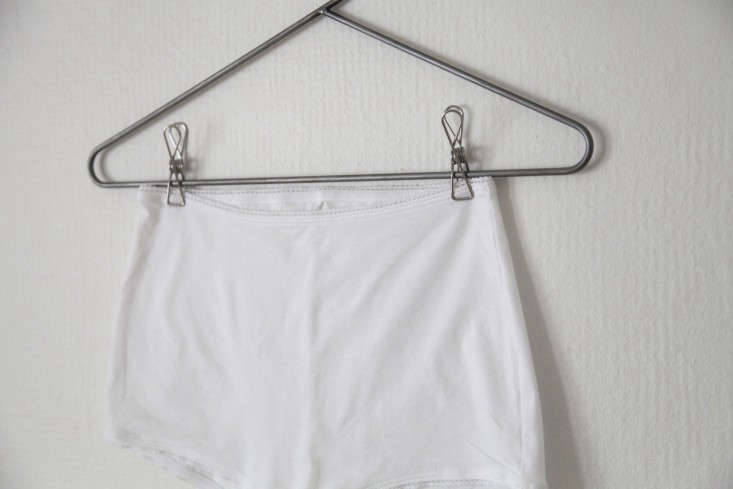 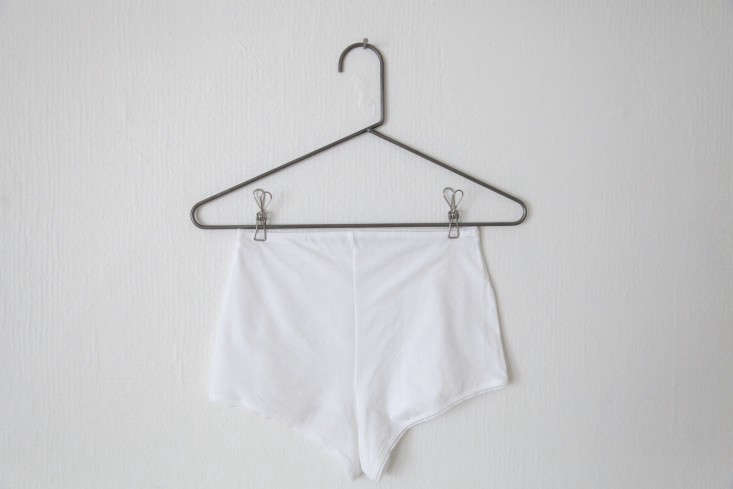 Above: After a decade of costume designing for film and theater, Daphne Javitch launched her line of underwear called Ten. The High Brief is made in the US from imported cotton and is available in white (shown), pink, yellow, navy, and print. The brief is $45 at Ten Undies and is also available through Lille Boutique and Steven Alan. 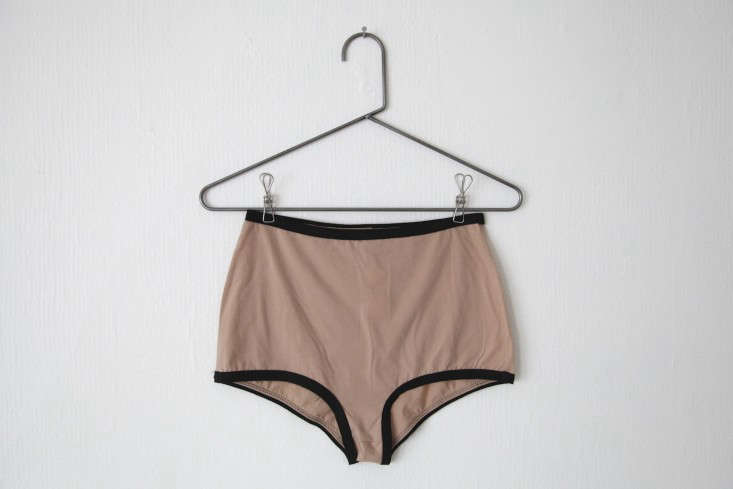 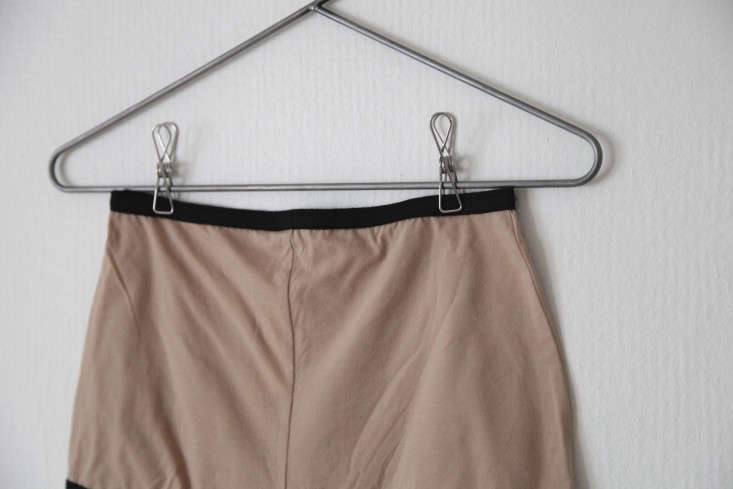 Above: Collaborating with Ten, A Détacher designed a riff on the High Brief in a tan-pink cotton with black elastic trim (shown) and two-toned black and pink mix; $45 each exclusively through A Détacher. 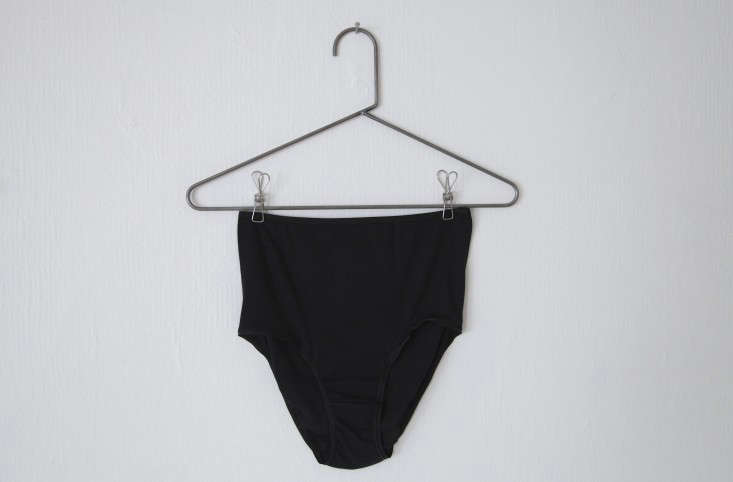 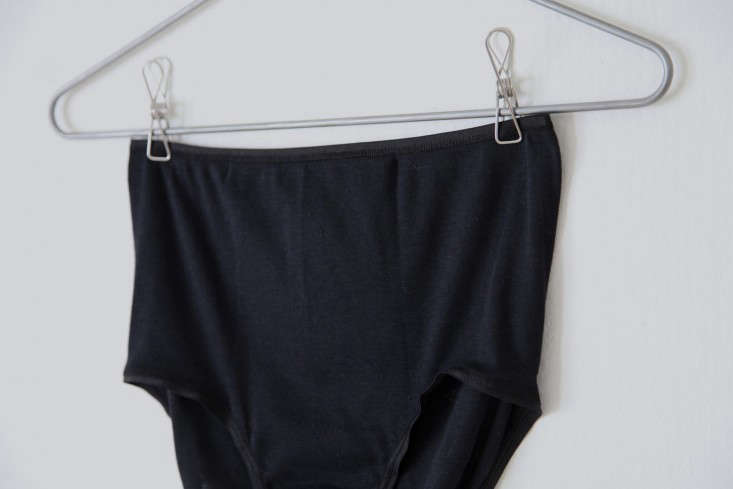 Above: Liestal, Switzerland-based Hanro was founded in 1884 by forward-thinking Albert Handschin, who was preoccupied with natural fibers and comfort. Working with business partner Carl Ronus (the company name is derived from their two last names), Hanro introduced its classic line of ultra-light and comfortable underwear and bodysuits, which continue to be the gold standard. The Cotton Seamless Full Brief, as with other Hanro undergarments, is produced and finished in Vorarlberg, Austria, under GOTS sustainability standards; $38 at Hanro. 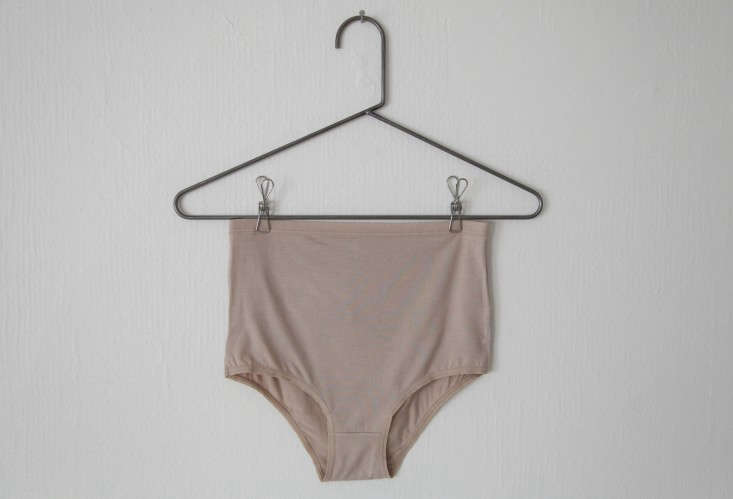 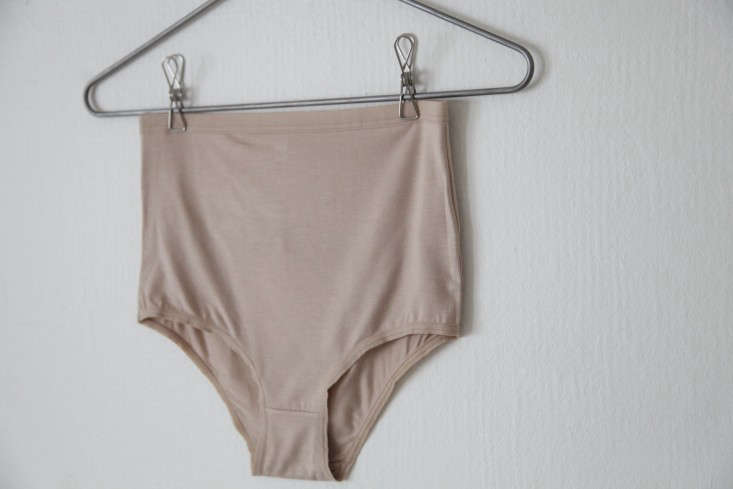 Above: Base Range is Danish fashion designer Marie-Louise Mogensen’s line of women’s underwear and “easy wear” in organic cotton and bamboo. Made in Portugal, the Highwaist Pants are available in nude (shown), black, and off white in bamboo jersey as well as a gray melange in linen jersey; €25 from Base Range (who happily ship to the US and UK). The underwear can also be found at Net a Porter, Opening Ceremony, and Derriére de Soie. 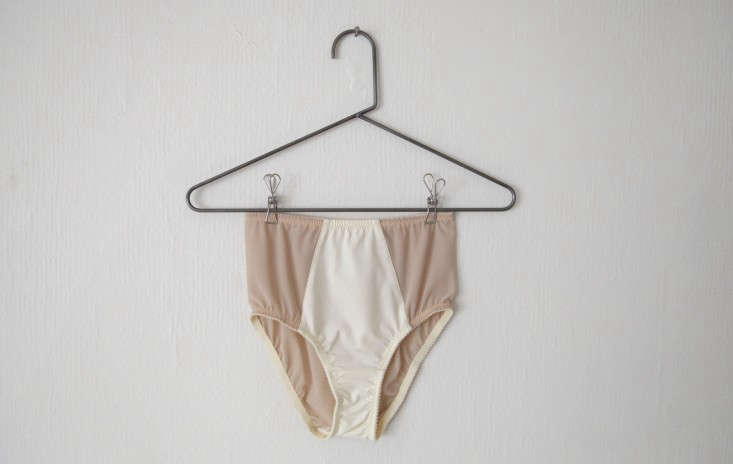 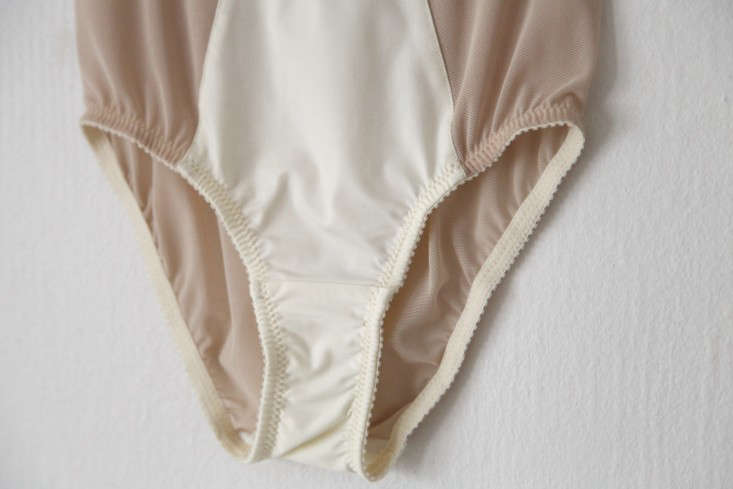 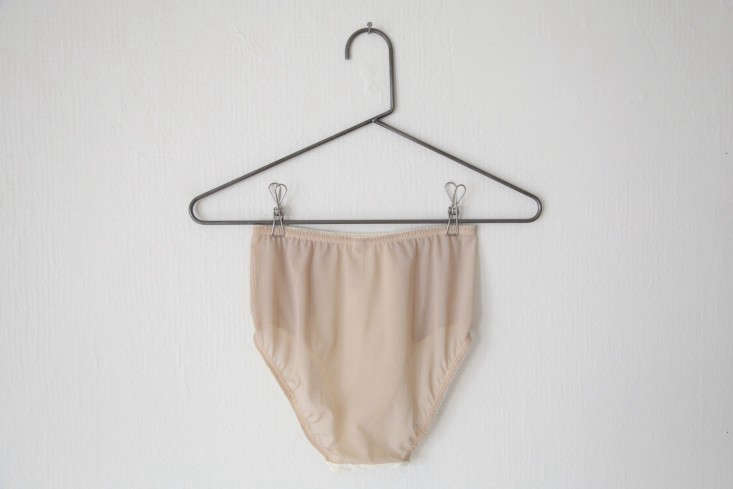 Above: Fortnight Lingerie began in 2010 with a focus on modern femininity and exceptional fit; each piece is designed and manufactured in Toronto. The Luna High Waist Panty is $58 at Derriére de Soie and Lille Boutique. 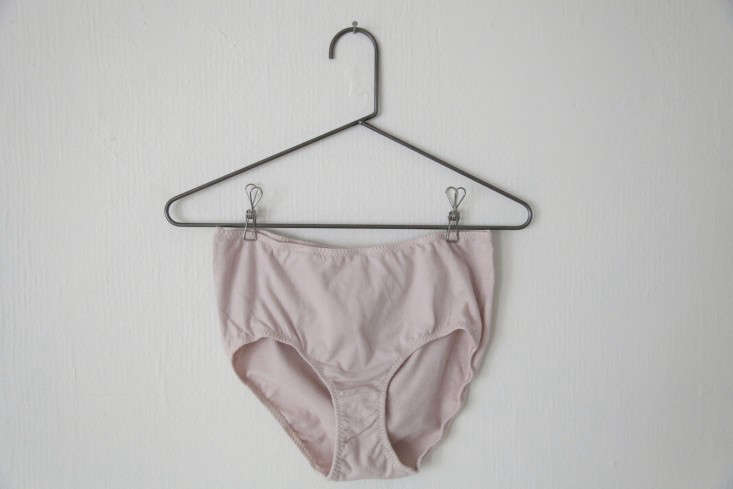 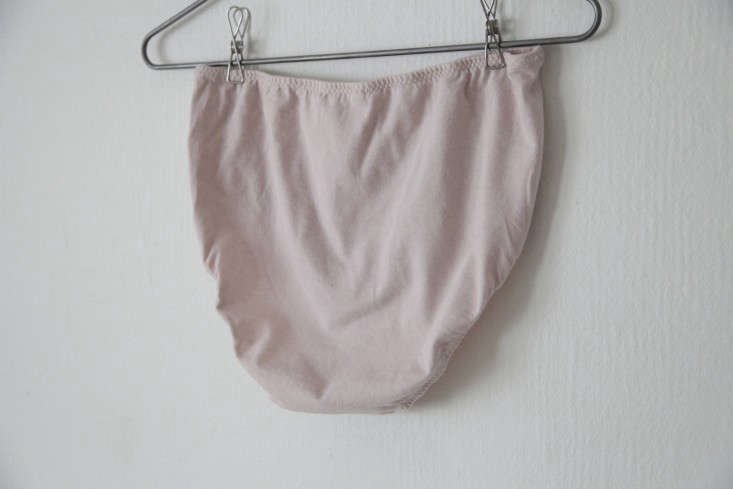 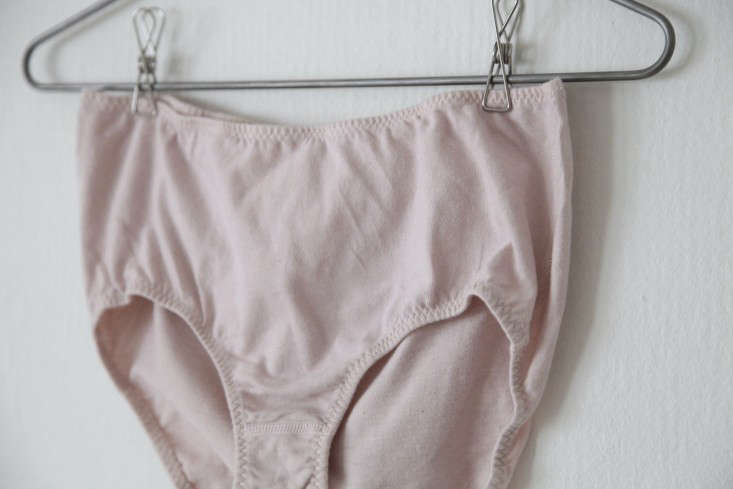 Above: Pansy is a newly launched company from two women in the San Francisco Bay Area who saw “a need for comfortable but ethical undies.” The High-Rise Cotton Underwear is made from organic cotton both grown and milled domestically and is sewn in California. Available in natural, pink (shown), and green; $29 each from Pansy. 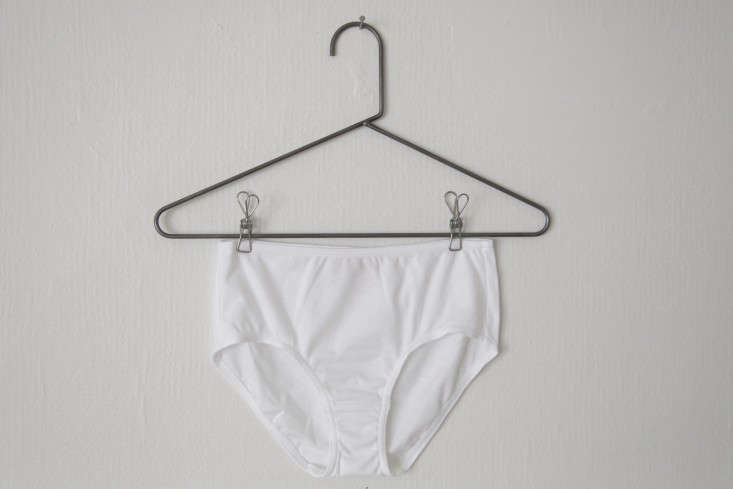 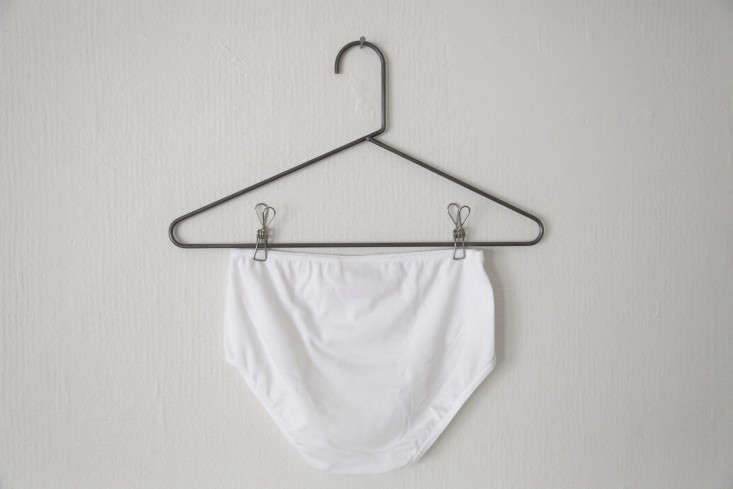 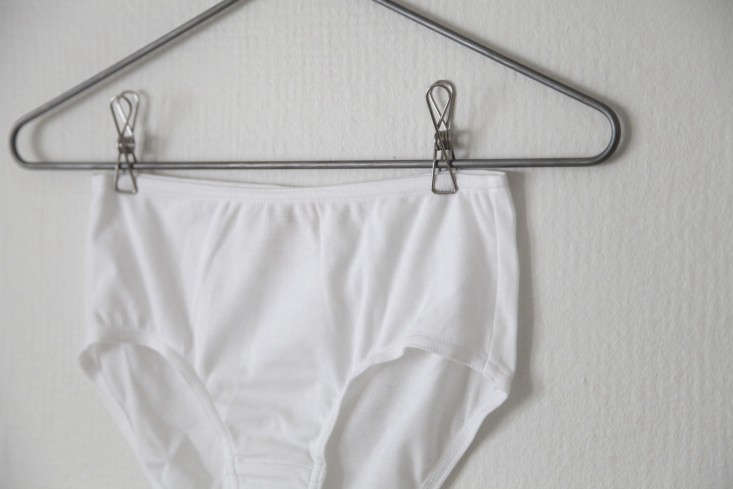 Above: Based in Österlen, in southern Sweden, The White Briefs specializes in “items worn closest to our skin.” The studio uses GOTS-certified fabrics and classic tailoring for functionality. The Paeony is a high brief made from 100 percent organic pima cotton in white, black, and gray melange; $54 for a pack of two from The White Briefs (who ship to the US). The Paoeny briefs can also be found at Nelly in the UK and My Chameleon in Australia.

For more sartorial essentials, see our posts on The Perfect White Tee Shirt and the 10 Best Pajamas for a Good Night’s Sleep.

Sex in the Stacks: Play Cafe and Lounge in NYC