Scandinavians in New York City have their own underground circuit of home-away-from-home hangouts. There’s Scandinavia House, a multistory cultural center with a birch-tree-decorated modernist cafeteria (and much better Swedish meatballs than the ones at Ikea). It’s hidden on an overlooked stretch of Park Avenue at 38th Street. There’s the Mirjam Bayoumi Salon on East 78th Street in Yorkville, which, according to devotees, is the only place in town that knows how to properly highlight blond hair–those of you who are obsessed with creating Scandinavian-style pale wood floors will immediately understand the complexities and pitfalls of the task. And tucked out of sight at 5 East 48th Street, there’s Svenska kyrkan, a Swedish church with an all-white chapel and a homey cafe serving kaffe and Swedish newspapers; it’s a secret haven just inches from the madness of Fifth Avenue. 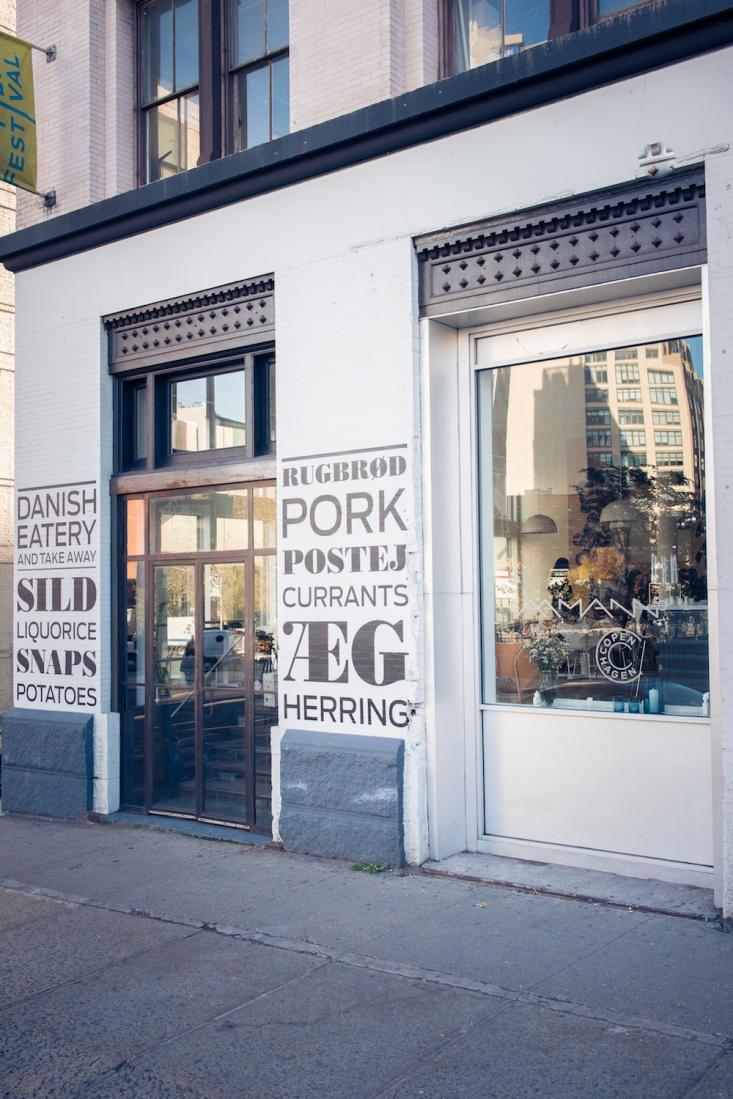 Above: With its painted exterior advertising sild (herring), snaps (schnapps), rugbrí¸d (brown rye bread), postej (pí¢té), and aeg (egg), the restaurant feels like it was teleported straight from Denmark. It’s located in the Tribeca Film Building on Laight Street, a quiet, cobblestoned stretch just below the west side of Canal Street. 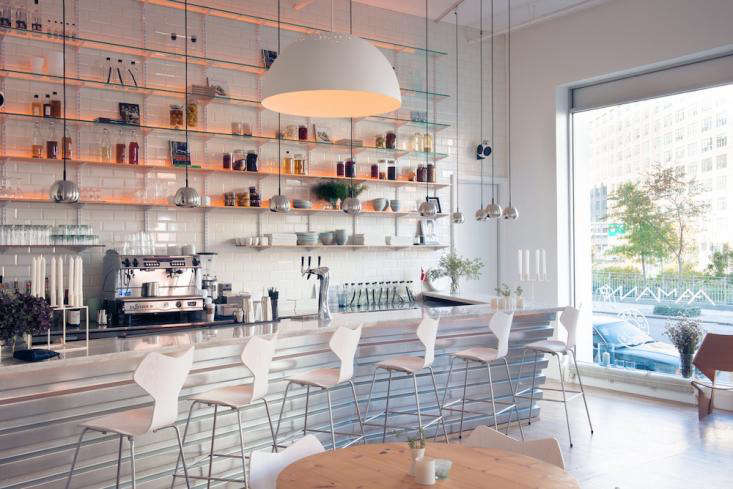 Above: The Copenhagen, originally called Aamanns-Copenhagen, was opened in 2013 by Sanne Ytting, a native of Denmark who felt the flavors of her country were underrepresented in Manhattan. She collaborated on the initial menu with celebrated Copenhagen restaurateur Adam Aamann, the man who made open-faced sandwiches chic again. All the pickling, smoking, curing, and bread baking is done in-house, and the offerings change every three weeks. Nordic dinners and Sunday brunch are also on the lineup. 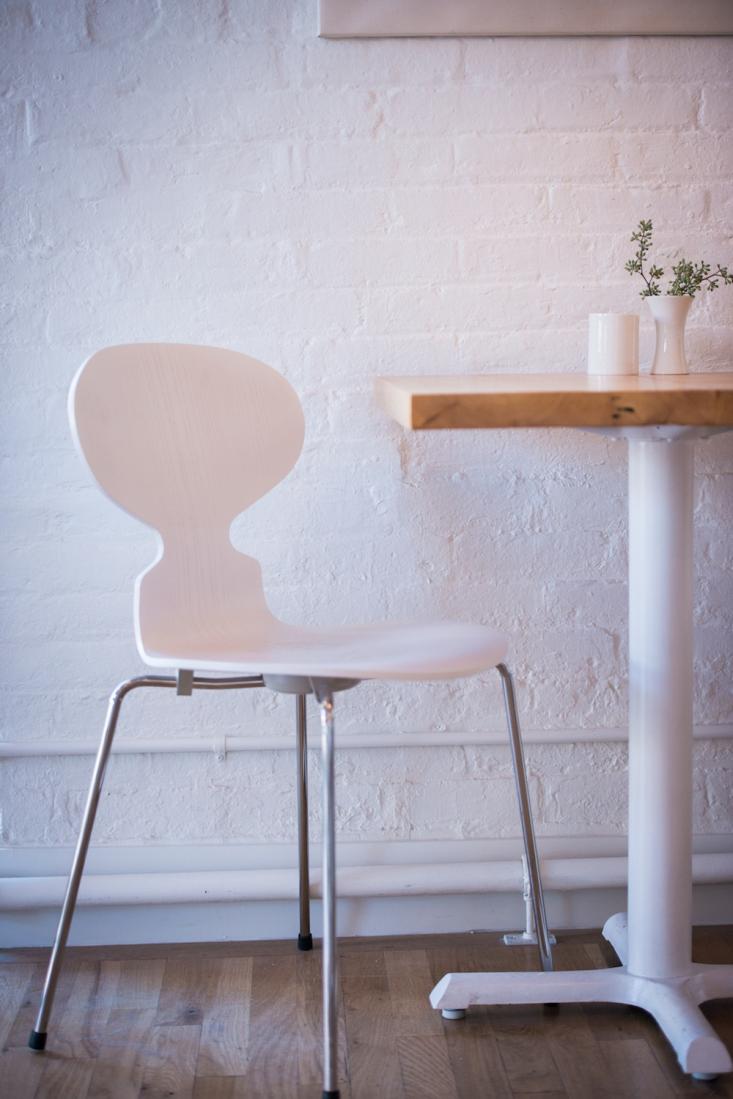 Above: The restaurant seats 50 on classic Arne Jacobsen Ant Chairs from Fritz Hansen. The space was designed by Anders Busk Faarborg of Fobsi Studio in Copenhagen as a white-on-white showcase of modern and contemporary Danish style. 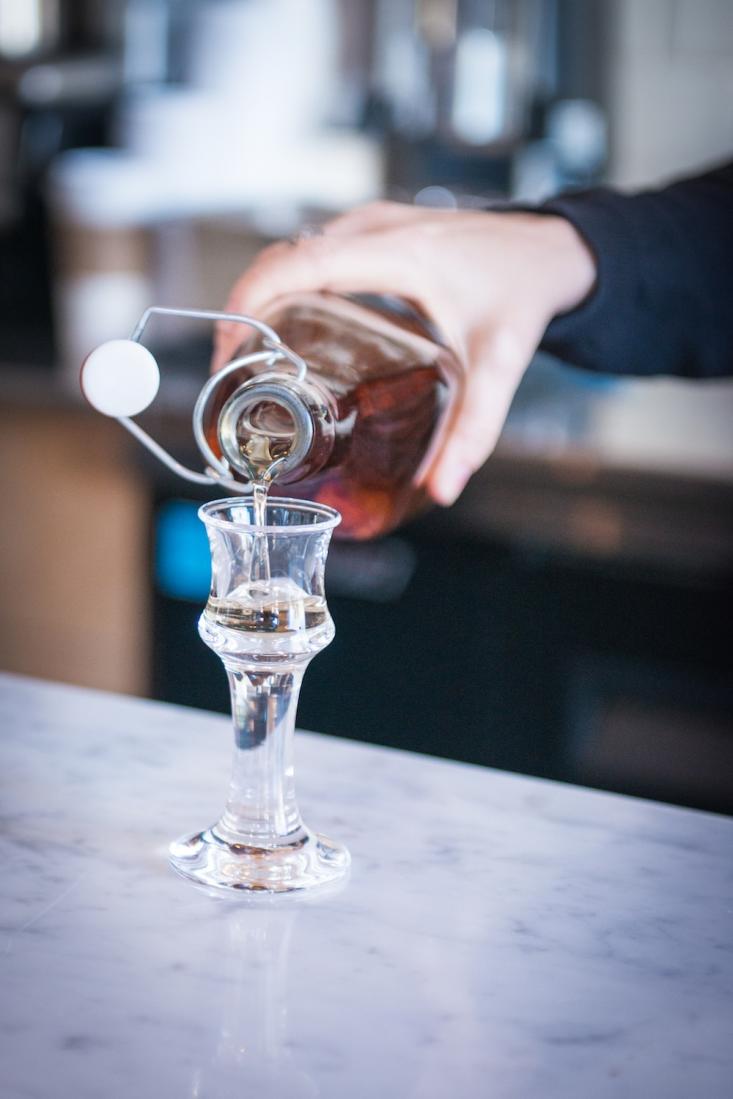 Above: The aquavit is house-made and served in Holmegaard glasses. It’s infused with flavors such as beet and apple-walnut, leading The New Yorker’s reviewer to comment: “It remains to be seen what kind of foot traffic dill aquavit will attract.” For some of our favorite Holmegaard designs, see The Timeless Table: Glassware with Heart and Soul. 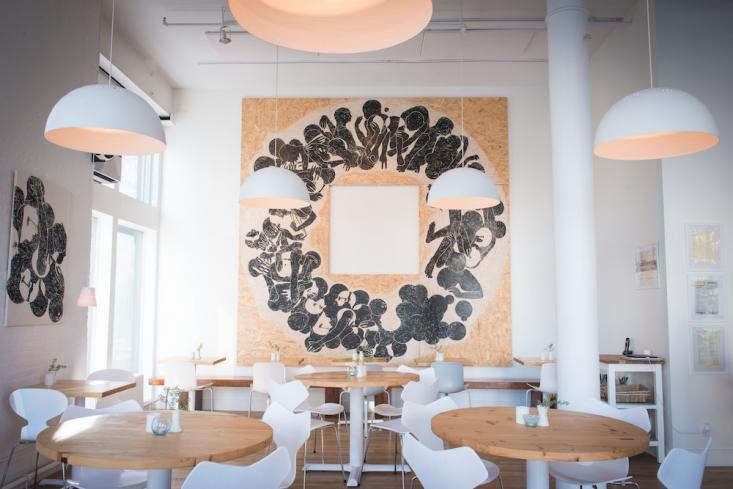 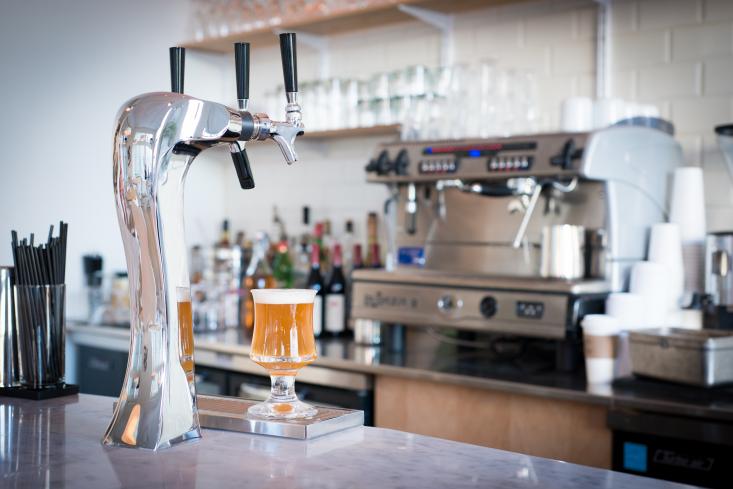 Above: The microbrews on tap are from Brooklyn’s Evil Twin Brewing, owned by Danish transplant Jeppe Jarnit-Bjergso. 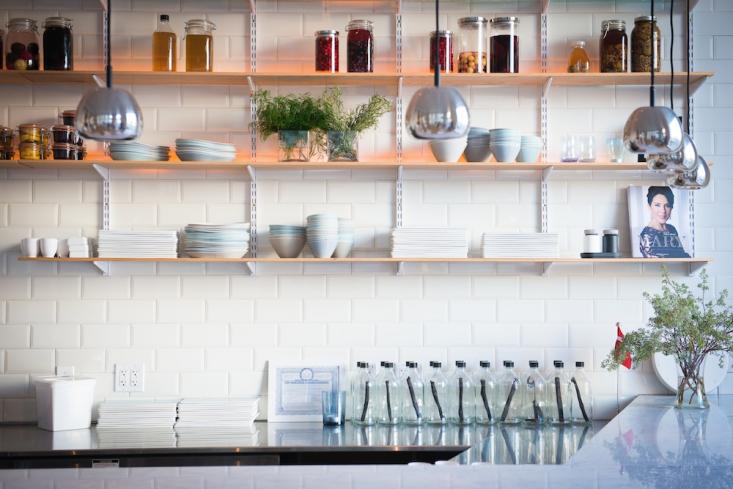 Above: Plates and bowls are by Danish designer Anne Black. Water bottles are from Sort of Coal, in Copenhagen; each comes with a stick of Japanese-style binchotan, a high-grade charcoal that acts as a natural purifier and turns tap water into mineral water. (Read more about Japanese charcoal and the many products made with it, in Black Magic.)

The Copenhagen is at 13 Laight Street, on the border of TriBeCa and SoHo. It’s open for lunch and dinner, Tuesdays through Saturdays.

Ready for the real thing? See our Denmark City Guide for our favorite Copenhagen finds, including the new Hotel SP34, Ilse Crawford’s Temporary Headquarters (Restaurant Included), and, according to Gardenista, The World’s Most Charming Flower Shop.

Table of Contents: Kitchens Around the World

Steal This Look: A Retro English Kitchen in Hampshire, England