Does everyone long to find a daily ritual that unleashes new powers of invention, efficiency, focus–and hours of free time? As a habitual night worker (and morning sleeper), I certainly do. Which makes reading Mason Currey’s Daily Rituals a great pleasure, if only to find that none of us are alone in our oddball routines (Gustave Flaubert, Voltaire, and William Styron kept schedules like I do).

Currey’s own procrastinations led to the meander that resulted in this book, which looks at how successful creative people over the ages–from Carl Jung to Georgia O’Keefe to Maira Kalman–have managed to set up their living arrangements, schedule their days, and get their work done. 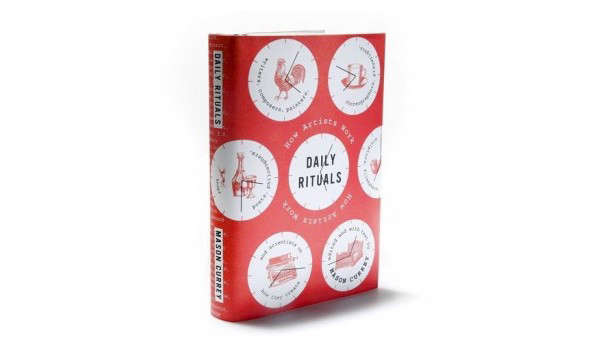 Daily Rituals, $11.95, profiles 161 inspired minds past and present–artists, writers, composers, painters, choreographers, filmmakers, poets, philosophers, and scientists–with a focus on “when they slept and ate and worked and worried.” Organized as a series of what Currey calls “small-bore portraits of the artist as a creature of habit,” it’s filled with behind-closed-doors anecdotes and quotes. For instance, we learn that Sigmund Freud’s wife not only set out his clothes every day but put the toothpaste on his toothbrush. George Balanchine said he got his best work done while ironing. And Kierkegaard nightly consumed a full teacup of sugar melted by strong coffee–he kept a collection of some 50 teacups and saucers, no two alike, and made his secretary select a different cup each night and “justify his choice.” 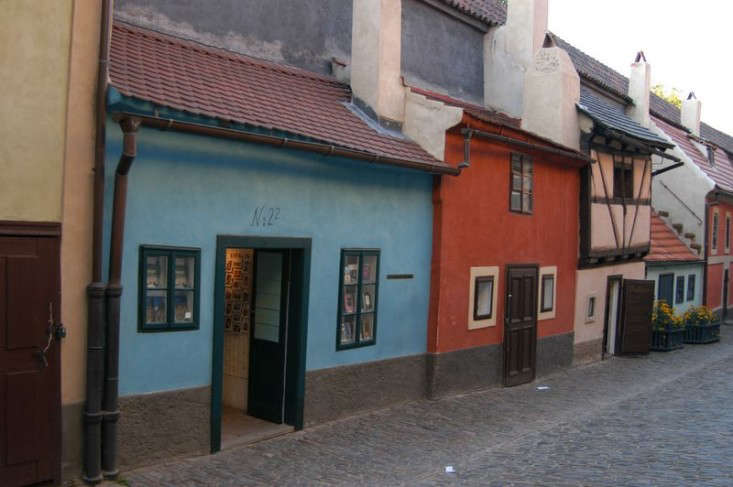 Above: Frank Kafka, one of the stars of the book, for a time lived at number 22 on the Golden Lane in Prague. Photo via Prague.net. Kafka was no doubt happier here than he was in his apartment of 1912, where he wrote in a letter to his on-again, off-again fiancée, “Time is short, my strength is limited, the office is a horror, and if a pleasant, straightforward life is not possible then one must try to wriggle through by subtle maneuvers.” 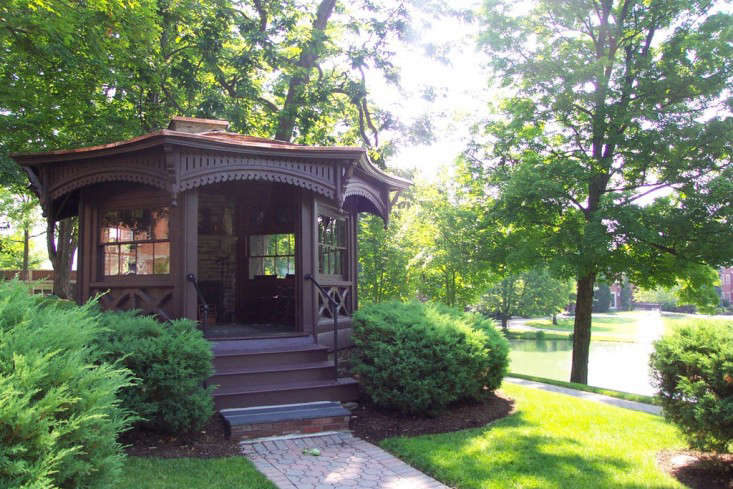 Above: For many summers on a farm outside Elmira, New York, Mark Twain worked in an octagonal gazebo complete with a fireplace. Photo via Biblioblogaroni. Currey details Twain’s hard-and-fast daily writing schedule and his long battle with insomnia. In a quote from William Dean Howells, we learn that after relying on a slew of night caps, Twain discovered “going to bed on the bathroom floor a soporific.” 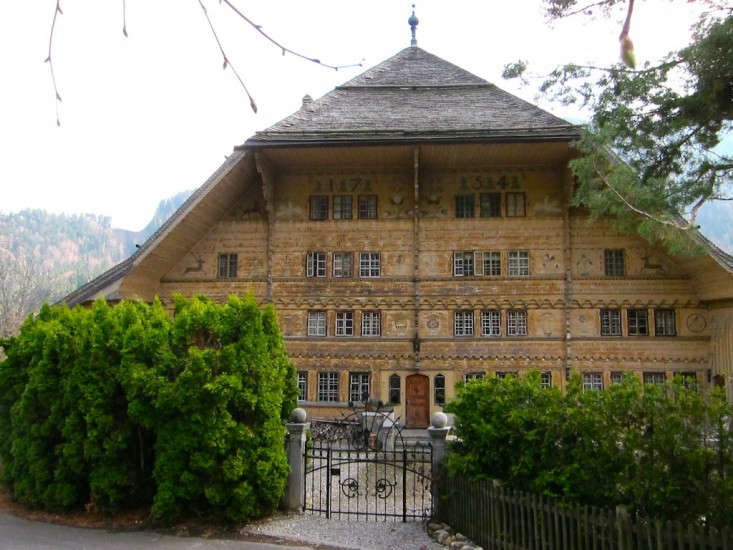 Above: Late in life, painter Balthus was master of the largest chalet in Switzerland, located near Gstaad. Photo via Pirouette. “His painting day always began with a prayer, followed by hours of meditation in front of the canvas,” writes Currey. “Sometimes he would spend an entire session like this, without even adding a brushstroke. Smoking was essential to this state.”

Currey’s foible-affirming collection never pinpoints a magic-formula routine. Instead, it’s an ode to the powers of daily comforts: coffee, mind-clearing walks, family meals, and regular, focused work. As he puts it, “I wanted to show how grand creative visions translate to small daily increments.”

For more of our favorite books, see Required Reading.

The City Poster Simplified and Improved