Modern Greek mythology tells us that the Atlas Pepper Mill was invented as a portable coffee grinder for soldiers in the Greek army about a century ago. Whatever the origin, it’s easy to see why this pepper mill was named for Atlas who, in addition to being considered very strong, was described as “hard and enduring” by the Roman poet Virgil. The tall body of the pepper mill might not hold the constellations on its shoulders, but it does contain more than the average amount of peppercorns. The hardened steel cutting mechanism grinds rather than smashes the pepper, which maximizes the flavor and allows for a fresh peppery aroma. The spring and thumbscrew at the base enables the type of grind to be adjusted from coarse to medium to a fine shower. And at the top there is an ergonomically sympathetic lever that engages the arm muscles rather than the wrist, especially useful if you are grinding coffee beans.

Unlike Atlas, who is often represented wearing a tiny slip of cloth at most, this mill, with its bright and bold mix of copper and brass, is always dressed for dinner. It is entirely presentable at a formal table setting, but is also right at home in the kitchen. The unlacquered exterior can be polished or allowed to mellow to a soft sheen. So sure is Greek manufacturer Atlas of its handmade mill that it comes with a lifetime warranty. Here are some examples: 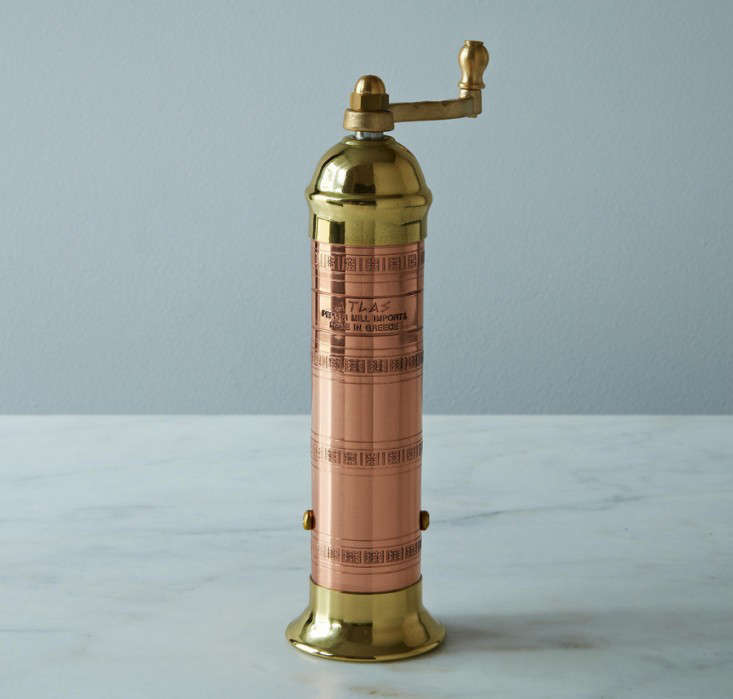 The Atlas Pepper Mill in copper and brass is 8.25 inches tall and available for $95 from Provisions. 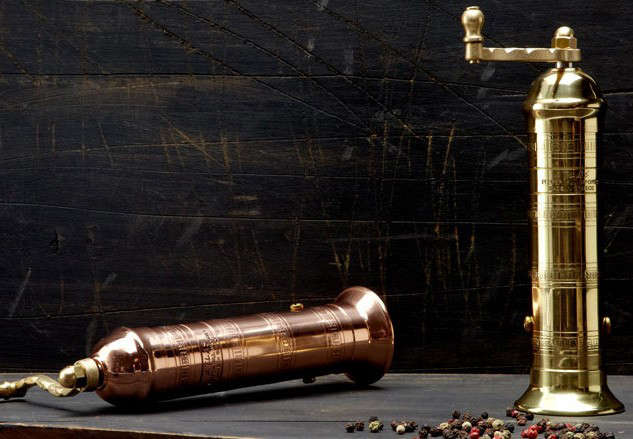 Above: The tall and compact body of the pepper mill can contain about half a cup of peppercorns. Image via Fashionshomesale.com. 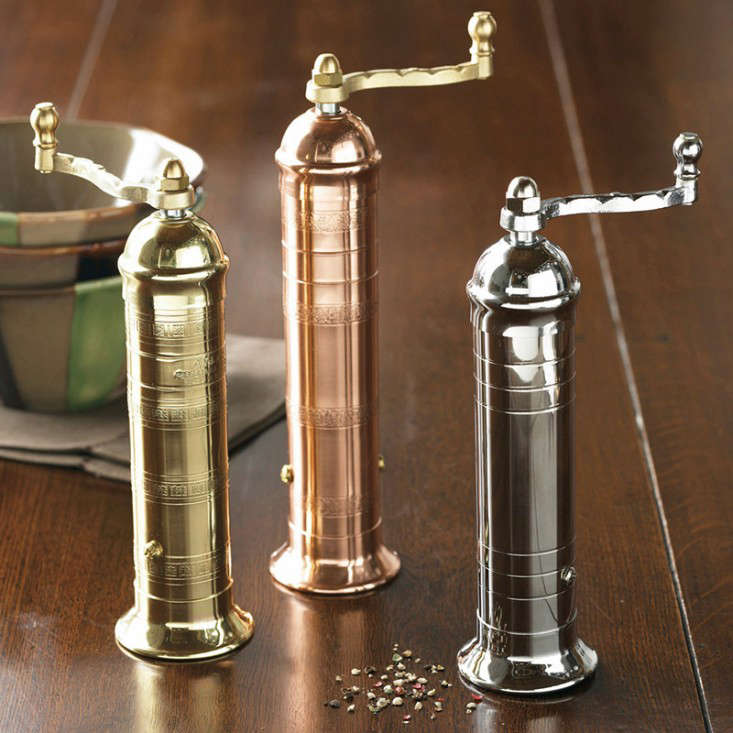 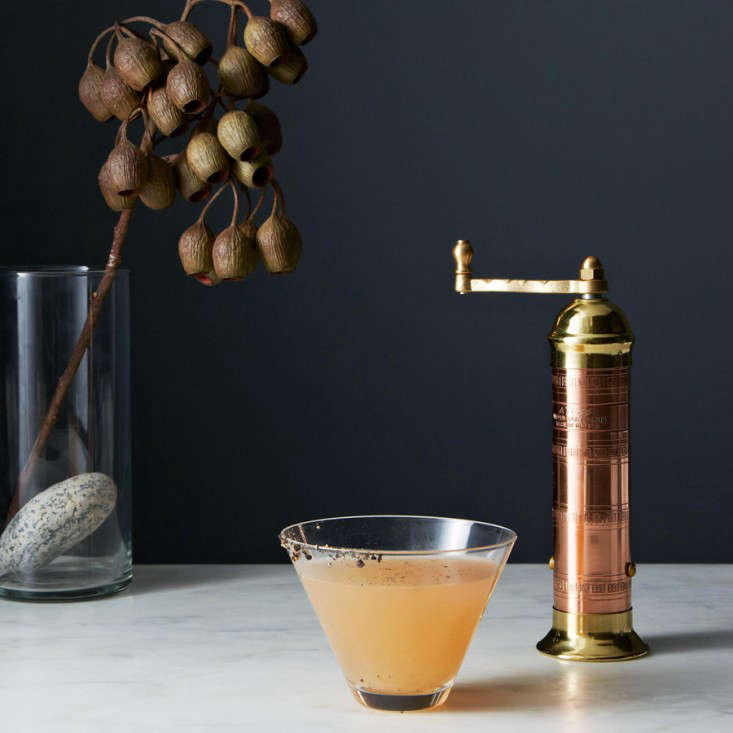 Above: The Atlas can be used for grinding a variety of spices.

Object Lessons columnist Megan Wilson is the owner of Ancient Industries and curator of the Remodelista 100 presented in the Remodelista book. Watch for her column every Tuesday, and have a look at her past lessons on the IBM Wall Clock, the Sheila Maid Clothes Drying Rack, Hudson’s Bay Point Blanket, and Lodge Cast Iron Cookware.

Megan’s twin sister, Kendra Wilson, writes about gardening in the UK for Gardenista; have a look her latest post on landscape architect Thomas Doxiadis’s Designs on the Greek Island of Antiparos.