Is there anything more summery than blue and white stripes? Here’s a roundup of our current favorites: 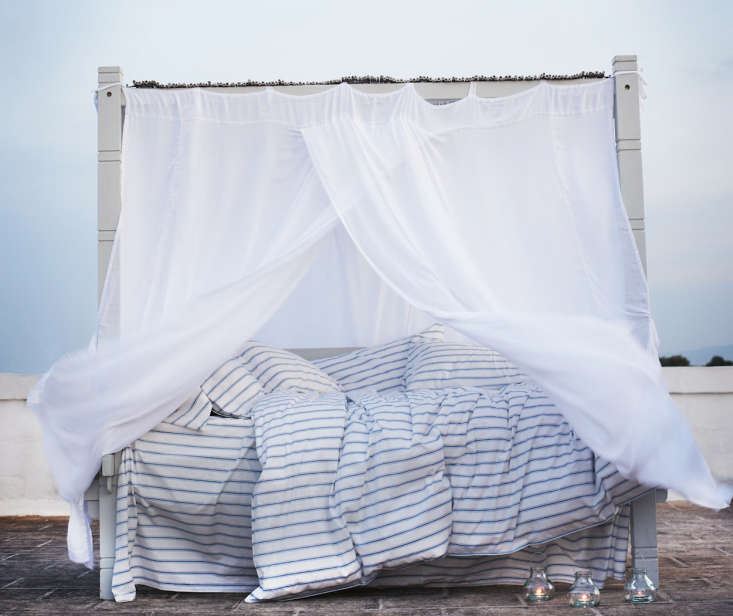 Above: Toast’s Organic Aegean Bedlinen is inspired by traditional Greek bedclothes; prices range from £17 for a pillowcase to £109 for a super king-sized duvet cover. 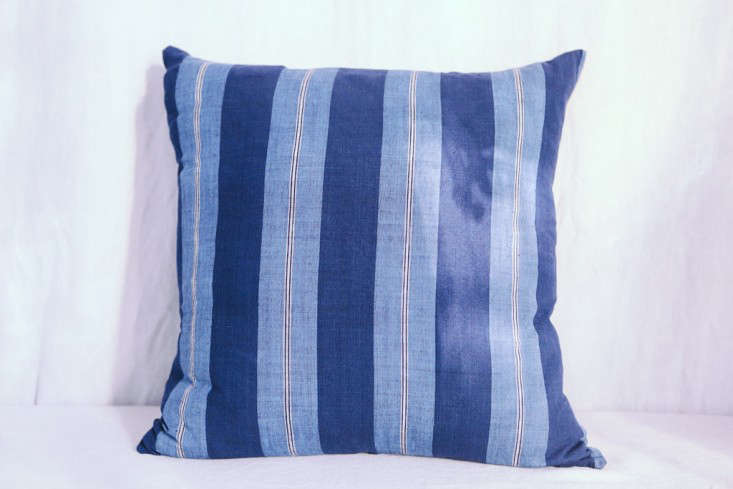 Above: Made in Portland, Oregon, by Cloth & Goods, the Indigo Stripe Pillow is vintage Japanese fabric with a linen backing; $130 at Alder & Co. 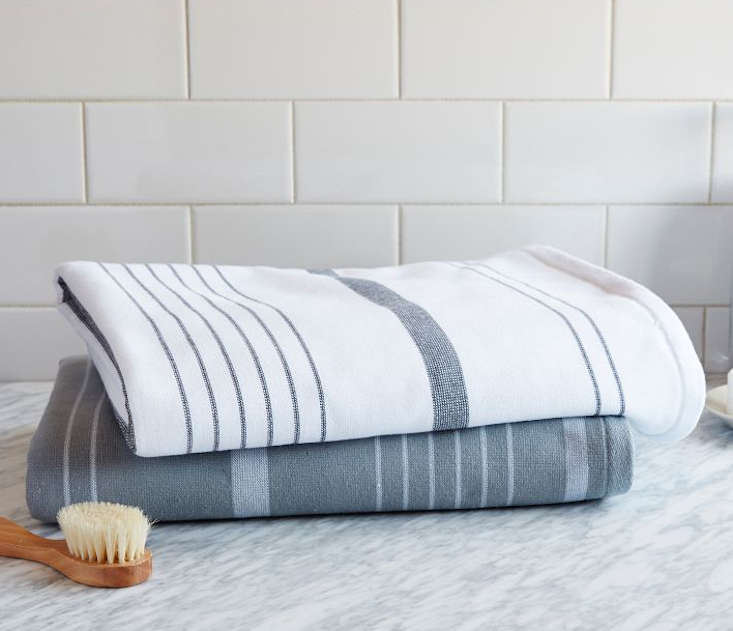 Above: West Elm’s Row Stripe Towel is made in Portugal from 100-percent cotton terry; $24 for the bath towel. 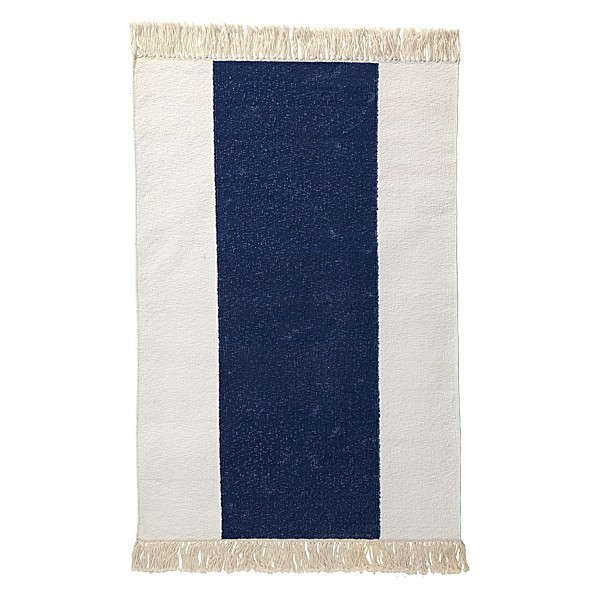 Above: The Broad Stripe Dhurrie Bath Mat in navy from Serena & Lily is $58. 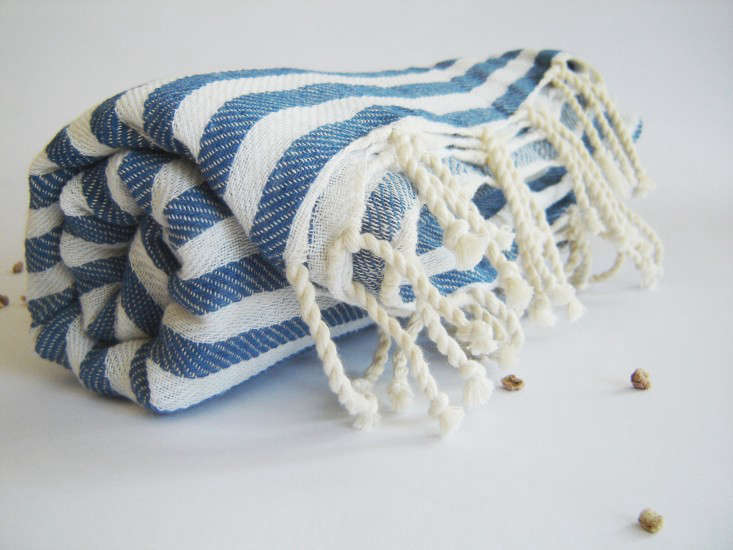 Above: The handwoven Turkish Bath Towel is 100 percent cotton; $46 for a set of two from The Anatolian on Etsy. 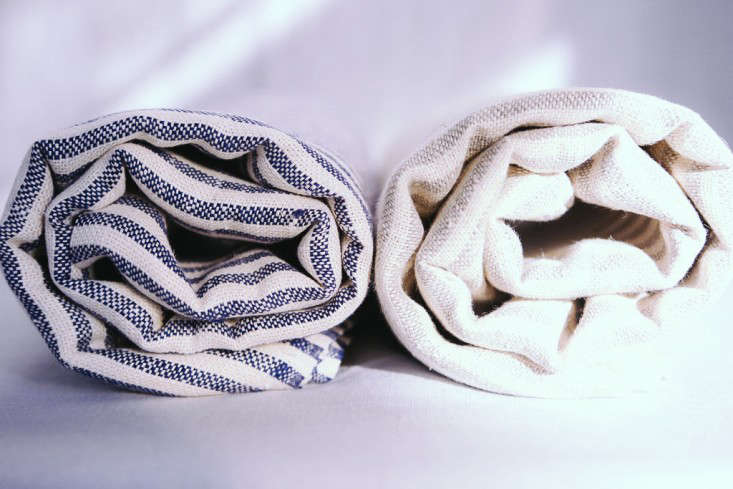 Above: Designed by Fog Linen Work, the Natural Chambray Throw is made from 100 percent linen and can be used for picnics, on the beach, and at home on the bed or table; $124 from Alder & Co. 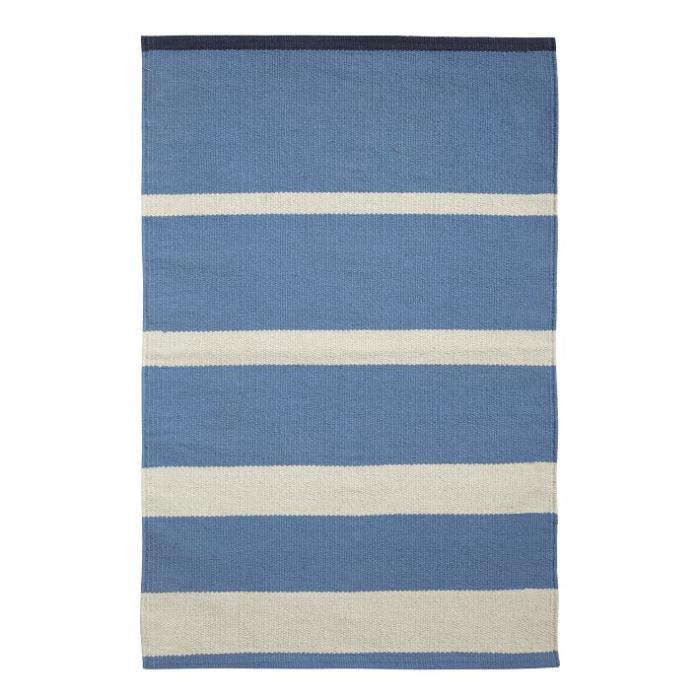 Above: The Gradated-Stripe Cotton Rug is handwoven from 100 percent cotton; $99 for a five-by-eight-foot rug from West Elm.

Inspired by blue? See over 500 images of Blue Rooms in our Gallery of rooms and spaces. For paint recommendations, see Palette & Paints: Coastline-Inspired Blues.

$22.64 USD from The Anatolian
Decorative Pillows

A Greek Taverna on the Beach, Breeze Included