We love the look of tile, particularly antique tile, just about anywhere. So when Alexa spent a week in Portugal this past August and reported that every surface in Lisbon—churches, altars, metro stations, floors, fountains, street signs, even ceilings—is covered with colorful tile, we thought it was time to take a look at the history of these azulejos.

While tin-glazed ceramic tiles are now ubiquitous in Portugal, their history can be traced to Spain and, before that, to Egypt (the name azulejo comes from the Arabic al zellige meaning “polished stone”), where they acted as climate control against desert heat. When Moorish influence brought the tiles to the Iberian Peninsula, they also proved useful against the dry, hot climate of present-day Spain, and in the 13th century the city of Sevilla became a central production hub. (An early, and famous, example of Moorish tile in Spain is at the Alhambra in Granada, where tile mosaics are made up of alicatados—a rudimentary technique where tile panels are dyed one color, then cut into geometric shapes, and fitted together like a puzzle.)

Azulejos came to Portugal when King Manuel I, stunned by the tiles he saw everywhere during a visit to Spain, brought the tradition back to his own country. It was in Portugal that azulejos started to take on a more ornate, decorative style, using a variety of techniques and incorporating influences from Indian to Dutch. Particularly with large expanses of bare-plaster walls, Portuguese tiles became a way of filling up empty space with detail and design.

Now, hoteliers and architects are taking this ancient tradition and making it modern. To get the look at home, tile your kitchen, bath, or floors with one of the five designs below. 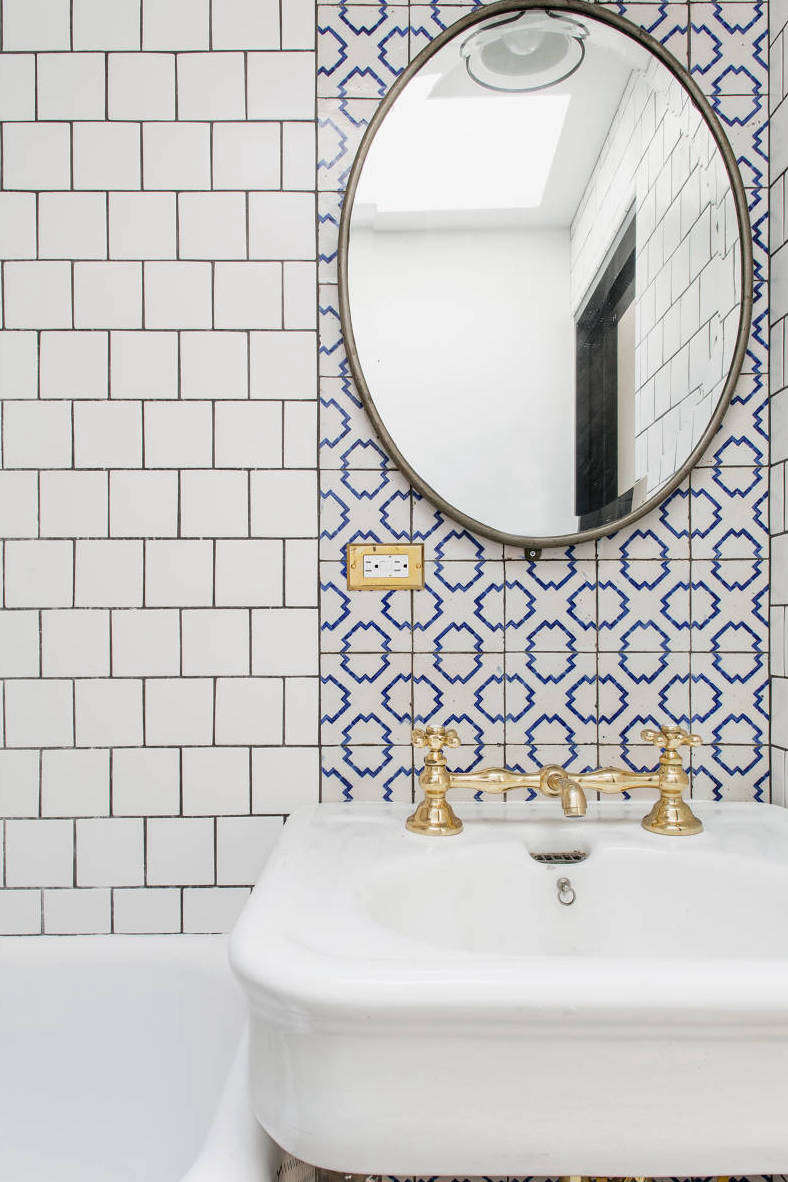 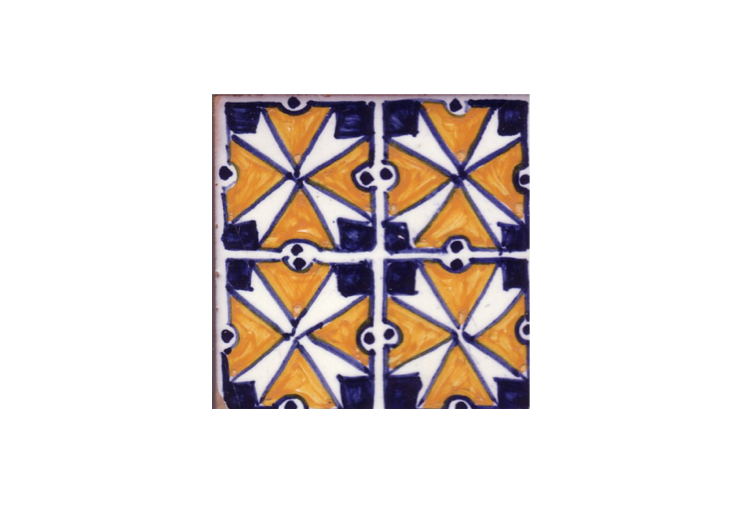 Above: Spotted in hotelier Sean MacPherson’s home kitchen: a backsplash of gold and blue Portuguese tiles. Get the look with these Aviz tiles from Sintra Tile Designs. 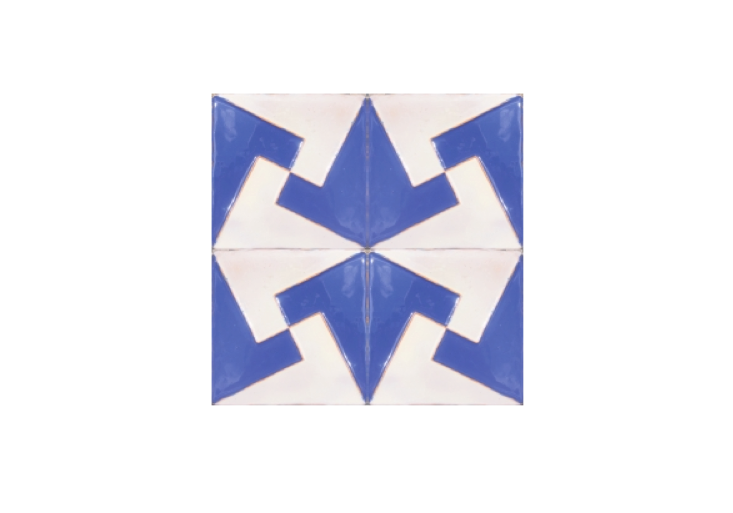 Above: With the influence of Dutch Delft tiles during the 17th century, but a ban on foreign tile imports, blue and white Portuguese tiles became popular. These enameled cuenca tiles from Euromkii, made with small ridges in the clay to prevent the colors from running, are a modern take on the tradition. 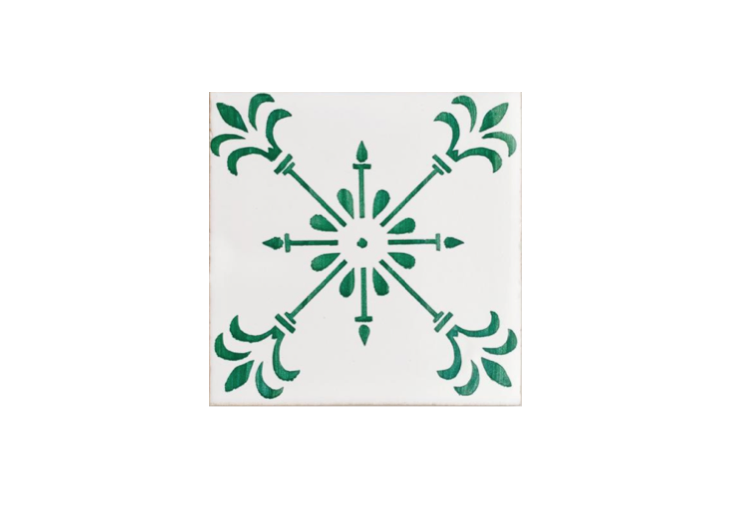 Above: One of the earliest colors used in azulejos was green. These Beja tiles from Everett & Blue, a UK company dedicated to keeping the artisan tile tradition alive, are handmade, hand-painted, and sculpted with clay sourced in Lisbon. 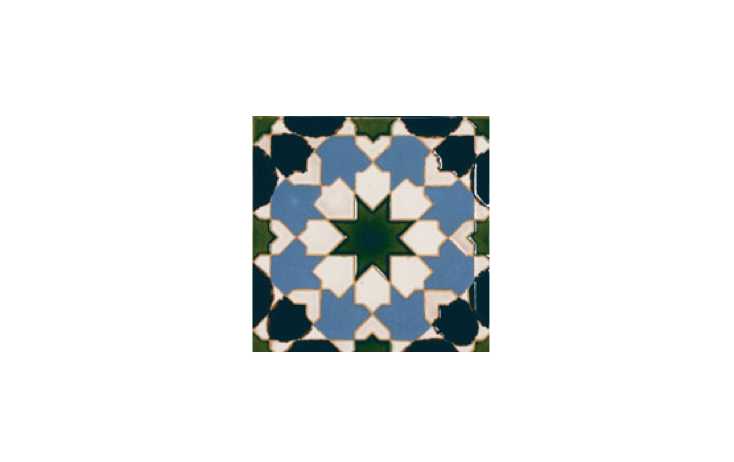 Above: These Carranca tiles from Tamega-Shop are hand-painted (using a technique known as maiolica), but the geometric pattern recalls the early style seen in the Alhambra.

For more tile inspiration, check out our posts: