The IBM wall clock has been quietly marking time in American schoolrooms, offices, and factories for nearly three-quarters of a century. In 1947, inspired by the jazzy colors and streamlined designs of Italian rivals Olivetti, IBM decided to rethink its image, which was decidedly old-fashioned in comparison. A new design team was assembled by Eliot Noyes, former curator of industrial design at MOMA, and the group came up with IBM’s distinctive slab font logo (nine years before celebrated designer Paul Rand redrew the logo as we know it). The clock, with its no nonsense numerals and impossibly thin red second hand, was introduced soon afterwards.

The understated and ubiquitous presence of the IBM clock went on to leave an indelible impression on several generations of bored and harried workers across the land. Out of production for a time, it’s faithfully reproduced today by Schoolhouse Electric with a spun steel case and domed glass lens, fashioned in US factories and assembled in Portland, Oregon. Here are some examples: 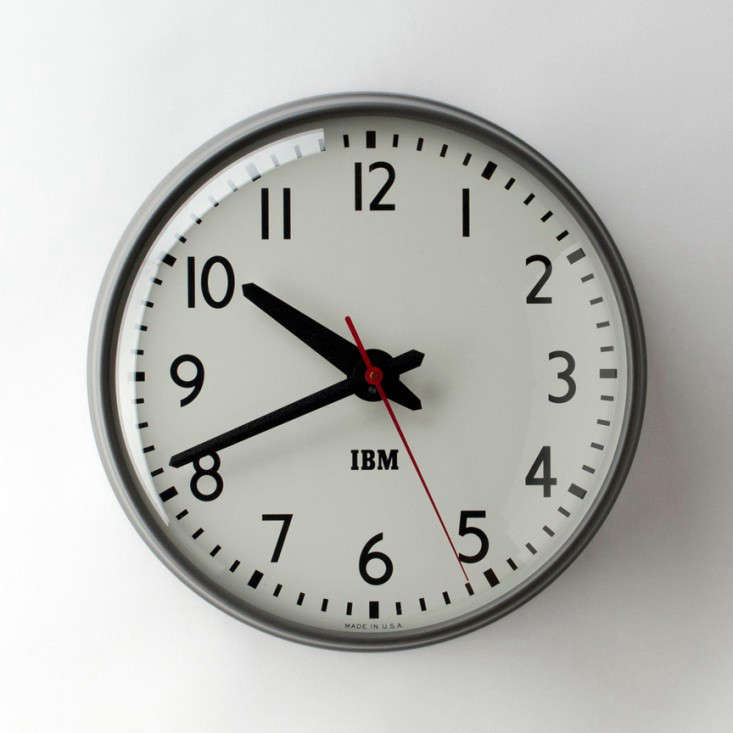 Above: The IBM Clock, 13.5 inches across, comes in any color as long as it’s gray, and is $245 at Schoolhouse Electric. In the Remodelista book, we singled out the clock as the opening image of the Remodelista 100, a chapter devoted to our favorite everyday objects 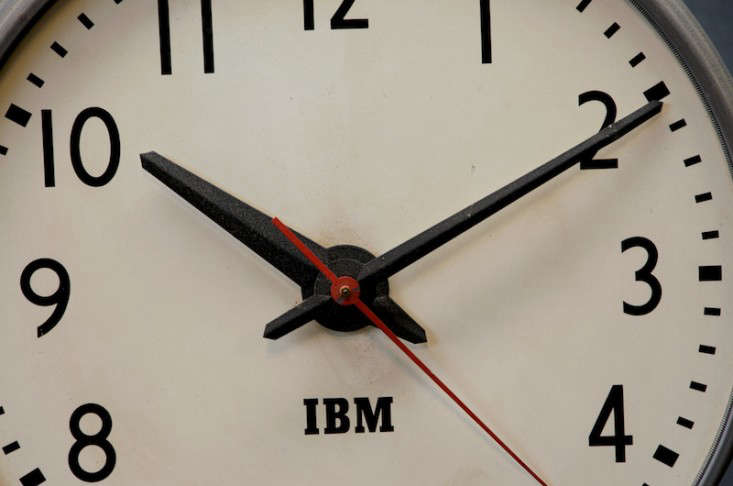 Above: A detail of an original IBM clock, via Factory20.com. A steady supply of vintage electric IBM clocks can be found on eBay and Etsy, most for less than $100. 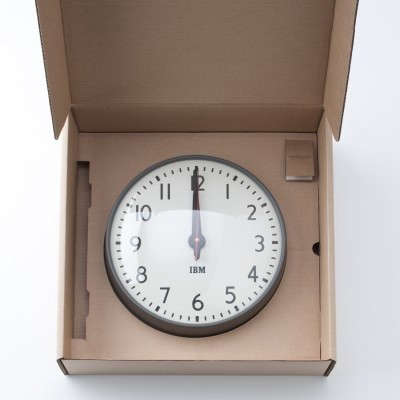 Above: Unlike the vintage plug-in models, Schoolhouse Electric clocks are operated by a battery quartz movement.

Object Lessons columnist Megan Wilson is the owner of Ancient Industries and curator of the Remodelista 100 presented in the Remodelista book. Watch for her column every Tuesday, and have a look at her past lessons on the Sheila Maid Clothes Drying Rack, Hudson’s Bay Point Blanket, Lodge Cast Iron Cookware, and the Humble Cotton Cleaning Cloth.