The canvas tote bag is America’s answer to the multipurpose French market basket, but instead of tightly woven palm fronds we use a distinctly American vegetation: cotton. Made of canvas typically so thick that it stands up by itself, this classic is more like a box with handles. Along its sides, it proudly exposes its selvedge, and at the base excess fabric is neatly folded like a well-wrapped present. The handles, often in a contrasting color, are attached with white stitching and wrapped around the body like a fat ribbon.

The most famous of all canvas totes is made by L. L. Bean of Maine, and was introduced in 1944 as a sturdy carryall for lugging blocks of ice from the pond to the icehouse to the icebox. The style was later modified (at the advent of the refrigerator, no doubt) and marketed as the Boat and Tote, a suitably jaunty name that caught on with landlubbers and yachtsmen alike. Steele Canvas of Boston, in the bag and hamper business since 1921, initially made their totes for carrying coal. They say there was a logic to using undyed canvas for carrying something so dark and dusty: the thicker canvas (No. 6 duck) doesn’t take dye as well as the thinner (No. 8 duck), and it was imperative that these bags stay open while being filled. The classics remain as useful as ever for land and sea; here are our favorites. 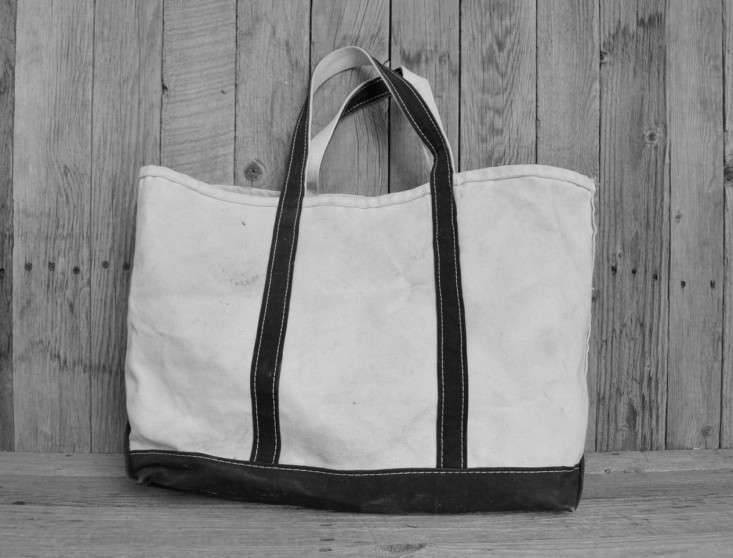 Above: The customizable L. L. Bean Open-Top Boat and Tote Bag is available in a wide range of colors and sizes (customized monogramming is available as well); prices start at $24.95 for the smallest and go up to $39.95 for the extra large. 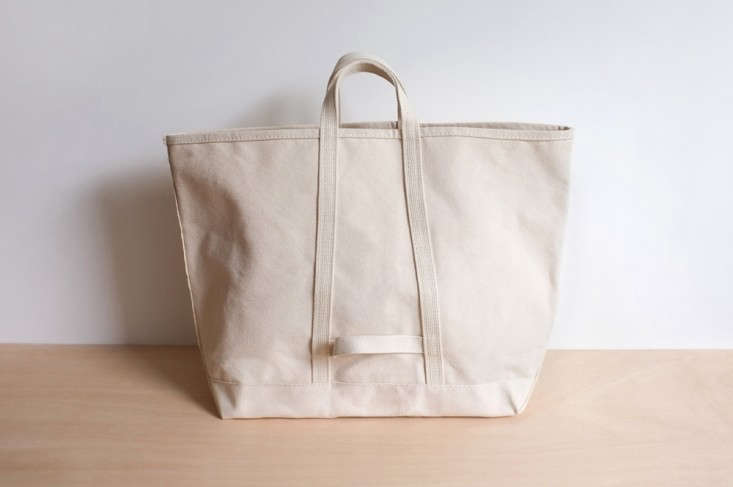 Above: The simple Steele Canvas Bag is $59 from Guideboat Co. in Mill Valley, California. The design is finally arriving on European shores: The Steele Canvas Tote is now available at General Good in the UK for £60 ($94.52). (See Steele’s classic canvas bins and laundry hampers here.) 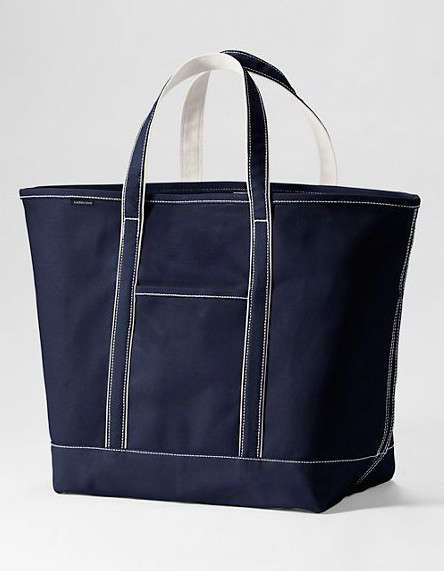 Above: The Medium Colored Open Top Canvas Tote Bag is $32.50 from Lands’ End. 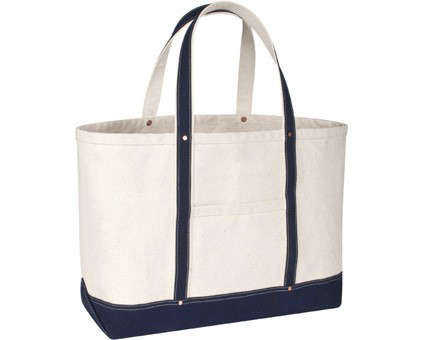 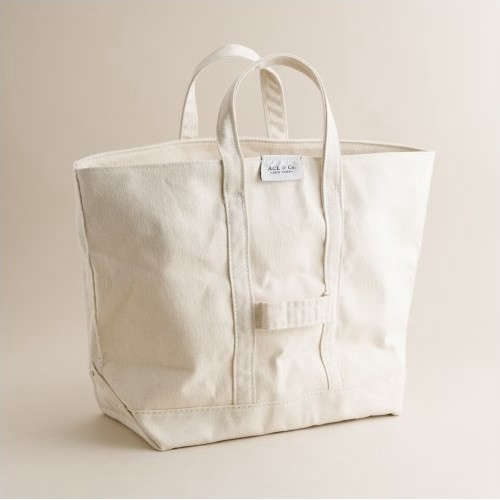 Above: The Dandux Coal Bag, made in Maryland by C. R. Daniels, is popular in Japan, but oddly difficult to find in the US. For something similar, consider the Bon Heavy Duty Canvas Tote from Bon of Pennsylvania; $68.33 via Amazon. Photograph via A Continuous Lean.

Object Lessons columnist Megan Wilson is the owner of Ancient Industries and curator of the Remodelista 100 presented in the Remodelista book. Have a look at her past lessons on the Butterfly Chair, Eames Lounge, and Nautical Hammock. Tour her Connecticut shop in our post Purveyor of the Practical and the Timeless.

This post is an update; it originally ran on July 8, 2014, as part of our Summer Rentals issue.

In collaboration with: Enter to Win: $1,000 Gift Card from Blu Dot

In collaboration with: The Best of Blu Dot: Remodelista's Picks