Brothers Jonathan and Mark Legge recently launched a new retail company in Dublin called Makers & Brothers; it's located in a shed on their family property in Dublin, where their parents run their own architectural practice.

Creativity runs in the Legge family: Peter Legge has been practicing architecture since the 1960s, and his sons have inherited his aesthetic inclinations. Jonathan, after completing Ron Arad's Design Products course at the Royal College of Art, went to work with Ilse Crawford (of StudioIlse) in London for four and a half years before spreading his own wings. Returning to Dublin, he and his brother Mark, who had been schooled in finance, realized their shared dream of working together. Off the back of their successful pop-up shop in 2009, the brothers have been busy assembling a collection of "products of everyday design and craft,” as they say, primarily featuring Irish-made goods. They quietly launched online at the beginning of this year; go to Makers & Brothers for more information. 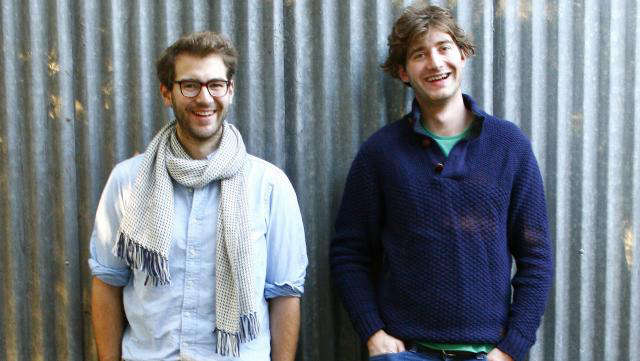 Above: Jonathan and Mark Legge in front of the Makers & Brothers shed. 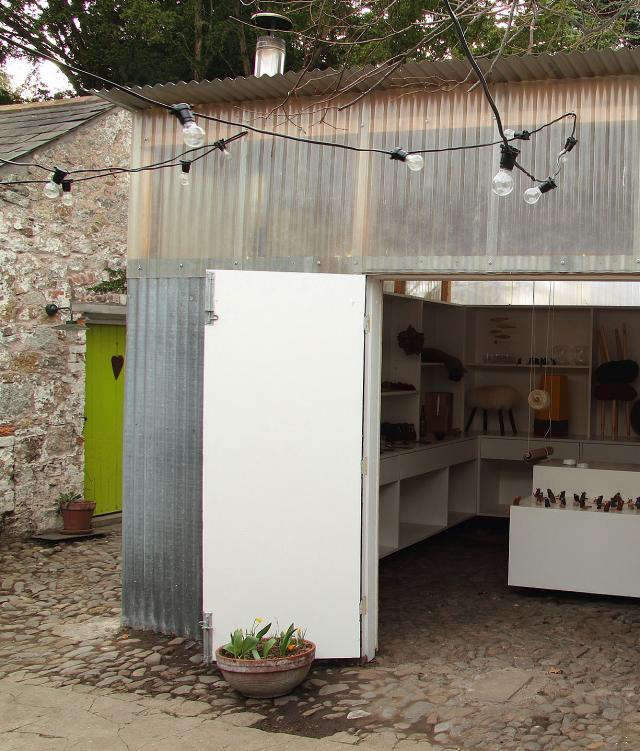 Above: The shed is used as a showroom, pop-up shop, and dispatch center. 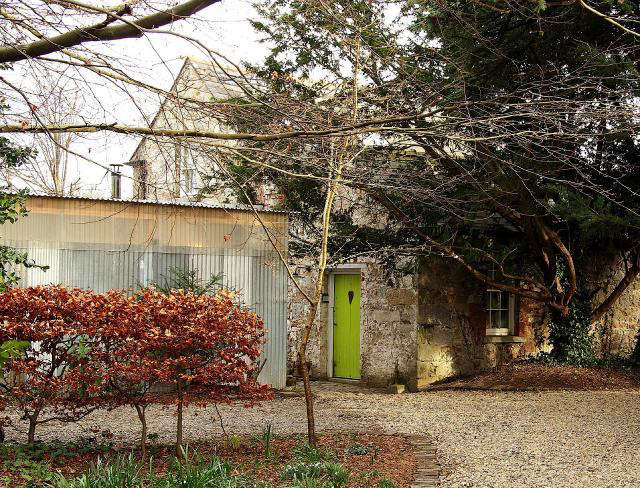 Above: The brothers built the shed, recycling materials from a pre-existing shed which had fallen into disrepair. 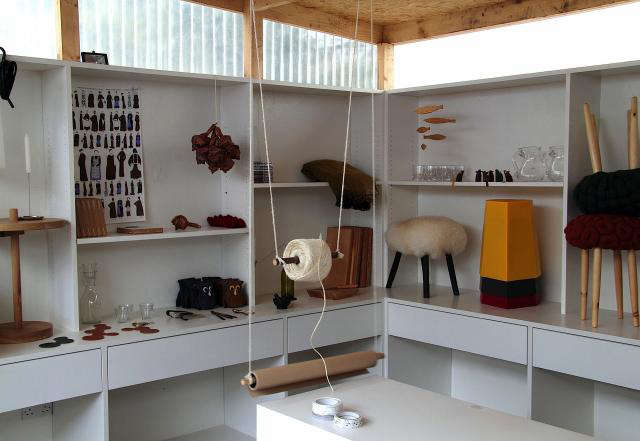 Above: A roll of kraft paper and string are primed for packaging up products like the Sheepskin Stool (€295) and colorful stackable Arnold Circus Stools (€68 each). For all the products on offer, see Makers & Brothers. 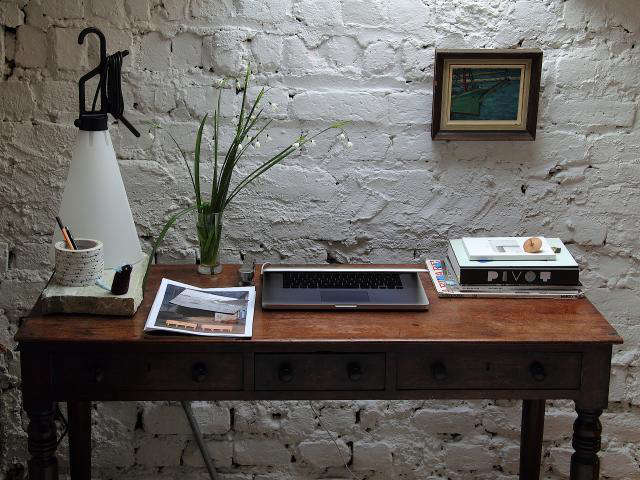 Above: The Makers & Brothers offices are on the second floor of the stables, above their parents' architectural practice. 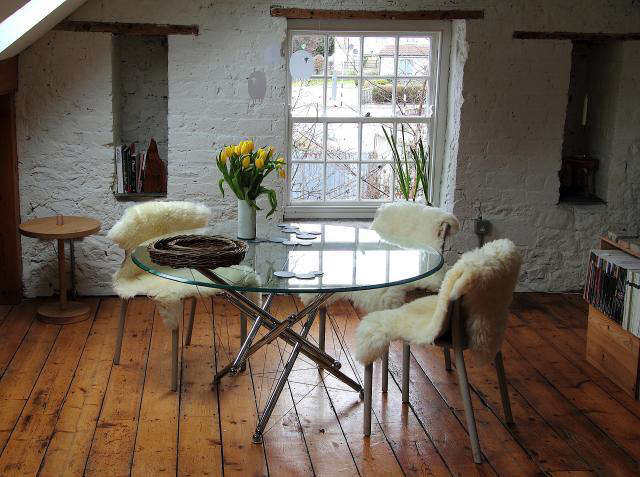 Above: Makers & Brothers' wares include Irish Sheepskins (€80) and traditional Willow Scoib Baskets by Kathleen McCormick (€49 to €180), originally used for steaming and serving potatoes. 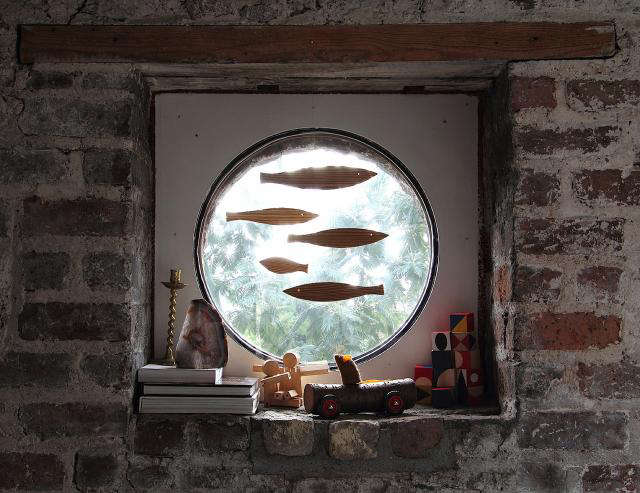 Above: "Mobiles are these oddly underrated objects that can be quite magical," says Legge. "We have the fish hanging in the window as their silhouettes dance about nicely in the morning sun." Wooden Fish Mobile by Flensted; €55. 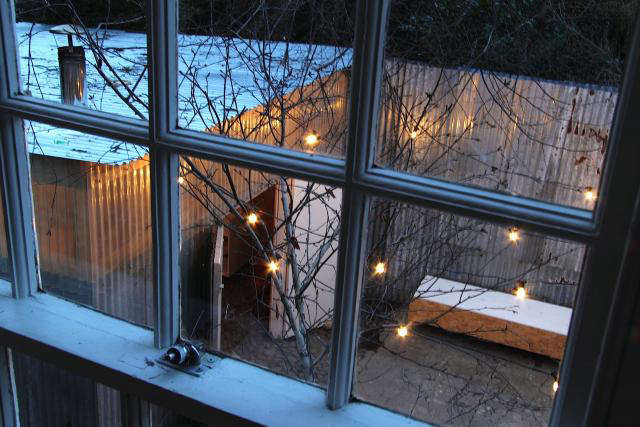 Above: A view of the shed at dusk from the stable window.

A Forest of Wood in Northern Virginia

A Thistle That Won't Misbehave

A Family Recipe for Elderflower Cordial via Dublin