Gearóid Muldowney and Jo Anne Butler are the couple behind Superfolk, a design studio specializing in “everyday home goods for people who prefer the wild outdoors.” After meeting at art school in Dublin–he has a degree in craft design and she has a masters in architecture–the two headed into the wild themselves. They live and work in Westport, on Ireland’s windswept Atlantic coast, where they forage for inspiration in their own backyard.

Known for their camp stools, wooden trivets, and earthy pottery, the two have branched out into printmaking. As an ode to their rambles, they’ve recently created a series of hand-cut lino prints depicting “wild and seasonal foods.” First up: three lyrical seaweeds. The new designs are exclusive to Makers & Brothers in Dublin, who with Superfolk will be hosting a New York pop-up shop, A Showcase in a Shed, May 14-19, at the Standard Hotel on the Bowery. 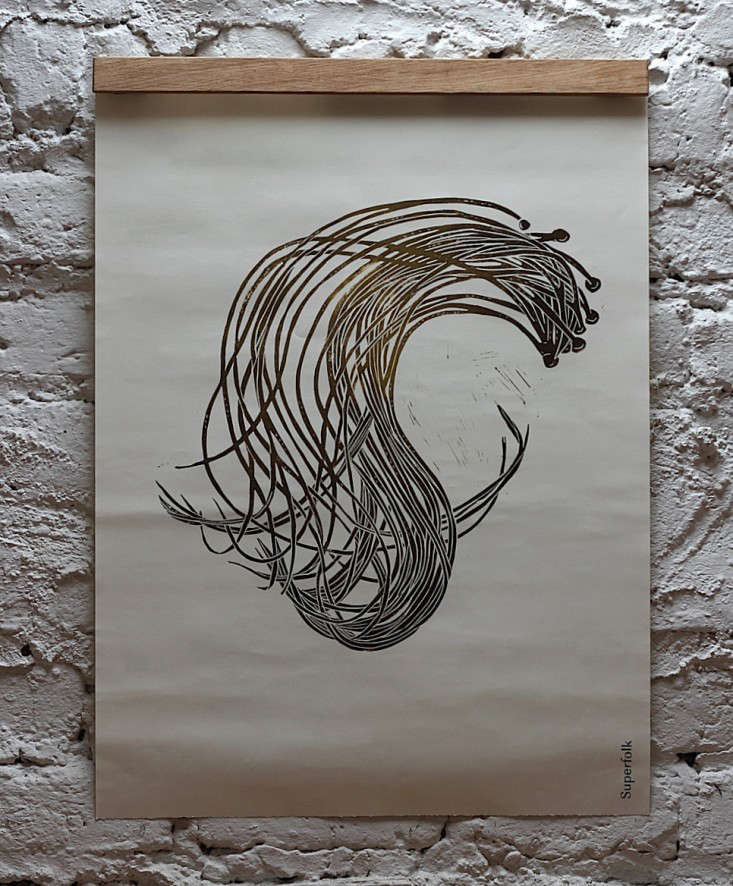 Above: “Our products reflect the character and behavior of the raw materials from which they are made,” say the couple. Their prints, including Seaweed Spaghetti, are Japanese ink on 130-gram vellum. They measure 64 by 48 centimeters (24 by 18 inches), and are €78 ($85) each.

Superfolk is currently refining the prototype for the wood bar frame and plan to offer it in the future. To source similar designs, see 6 Simple Ways to Hang Art. 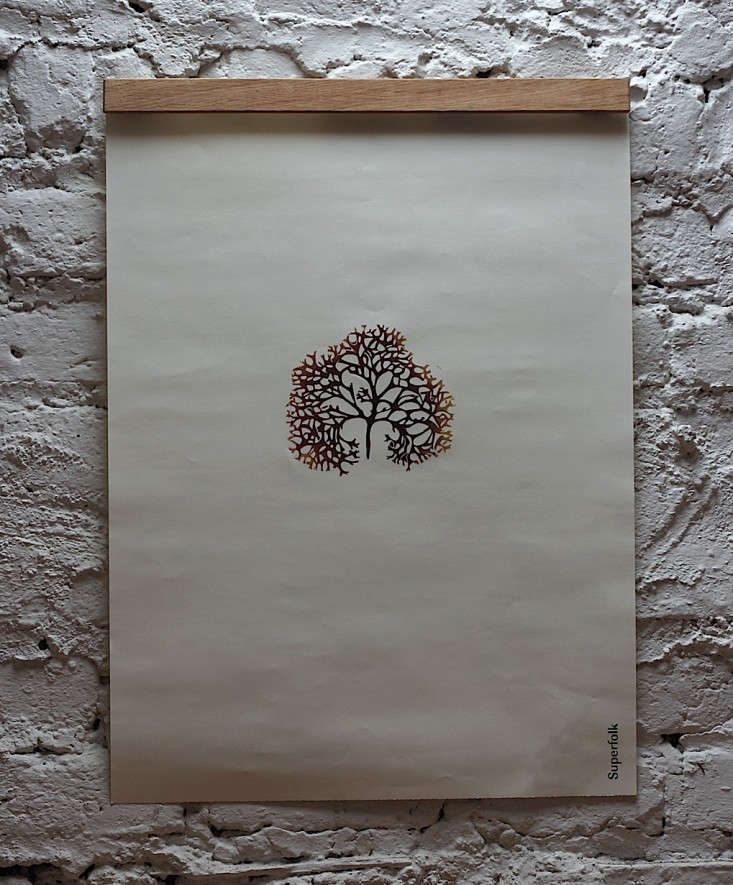 Above: The Carrageen Print depicts a red algae seaweed that grows in rocky parts of the Atlantic. “Superfolk products are a tribute to Ireland’s heritage of vernacular object making, playfully referencing a way of life rooted in the land, its animals and its weather,” writes Makers & Brothers. “They design and make objects imbued with a poetic optimism.” 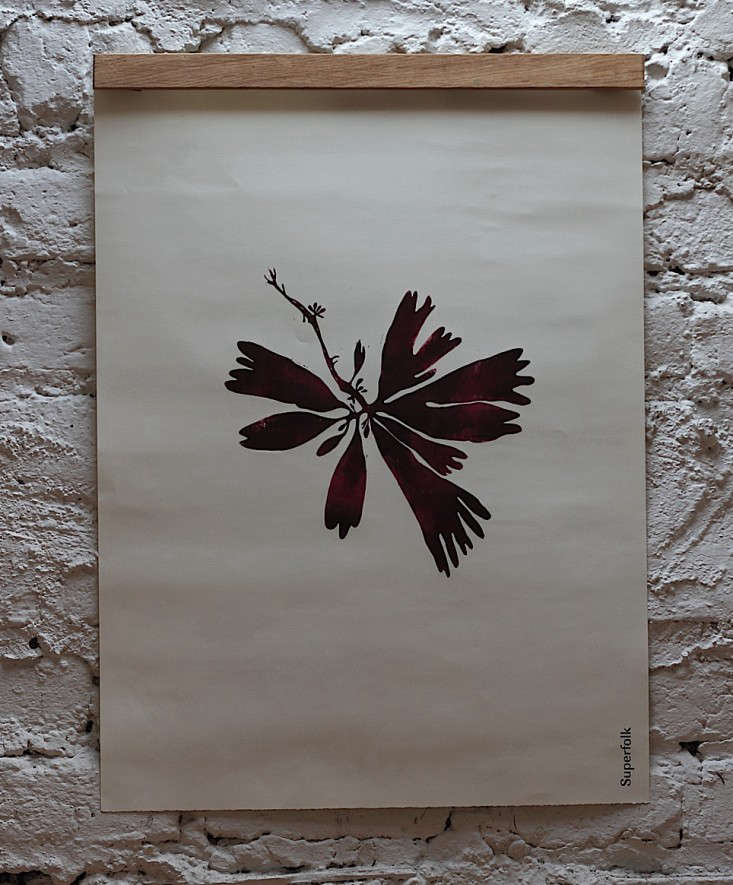 Above: The Dillisk Print captures another red seaweed that’s native to the north coasts of the Atlantic and Pacific.

N.B.: Superfolk will be launching a new set of Irish botanical prints and holding a workshop at the Makers & Brothers’ NYC pop-up shop during New York’s Design Week, May 14-19. The shop will be in a garden shed at the Standard Hotel, 25 Cooper Square in the East Village.

Considering finishing touches with Artwork & Photography? Have a look at: