When ceramicists Shino Takeda and Romy Northover teamed up in New York City to form their online shop, Katakana, the two were looking to present work that combines “a Japanese and European sensitivity with a New York beat.” Each brings her own blend of East and West influences to the project: Shino is from Kyushu island in southern Japan and describes her work as a mix of “all the freshness of New York City today.” Romy was born in London and trained in European ceramics, but today works in the traditional Japanese pottery styles kinuneri, tebineri, and rokuro. Her own studio is called No, and she describes her style as “ancient future.”

Katakana, they explain, is named for “the Japanese character set used in transcribing foreign and Western language,” and the shop is an even mix of both their work. It also features their collaborative dinnerware sets and includes a section devoted to the Supper Club that they host four times a year in Brooklyn: Shino and Romy serve sushi dinners on their own ceramics, and guests get a piece to take home. In addition to being available directly from Katakana, the pottery is sold at the General Store, in San Francisco; Steven Alan nationwide; Nightwood; Mociun; The Primary Essentials, in Brooklyn; and Mr. Kitly, in Melbourne. 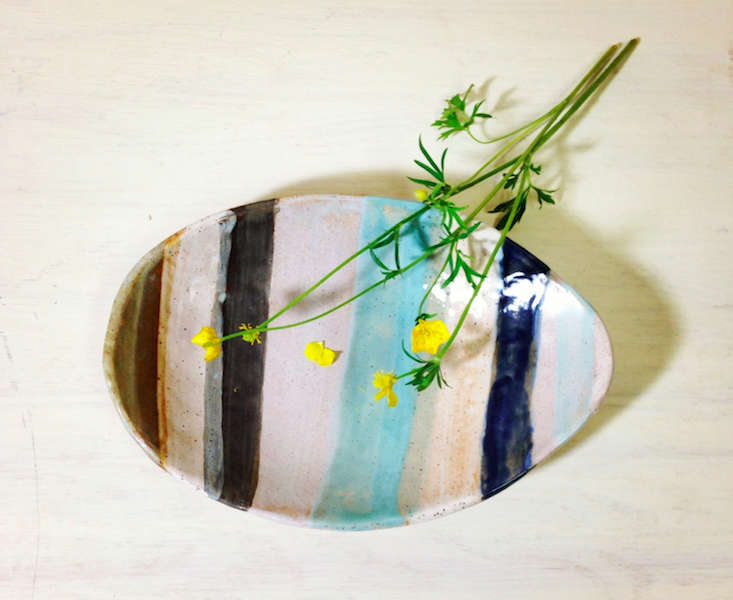 Above: A custom striped dish, hand-formed by Shino; view her portfolio at Shino Takeda Ceramic. 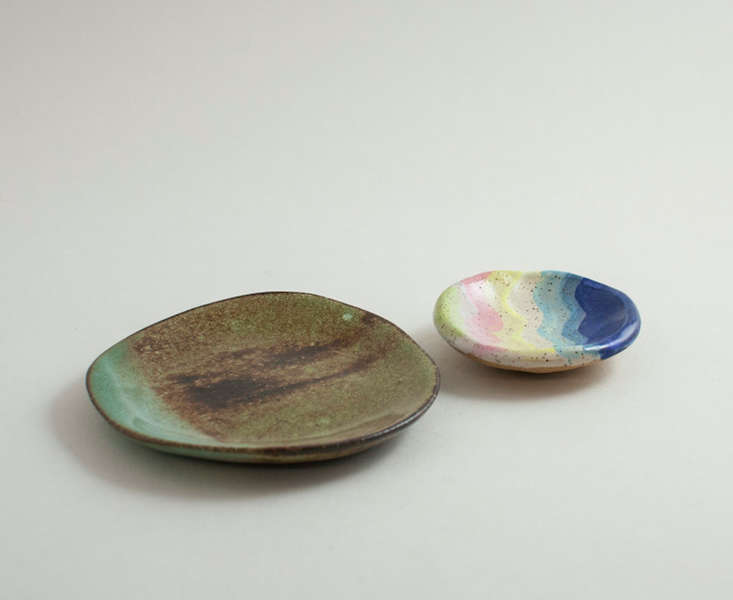 Above: The Seasoning Set is a collaboration between the artists: the medium-size brown and green dish is by Romy, and the small, brightly-colored dish is by Shino; $45 for the two at Katakana. 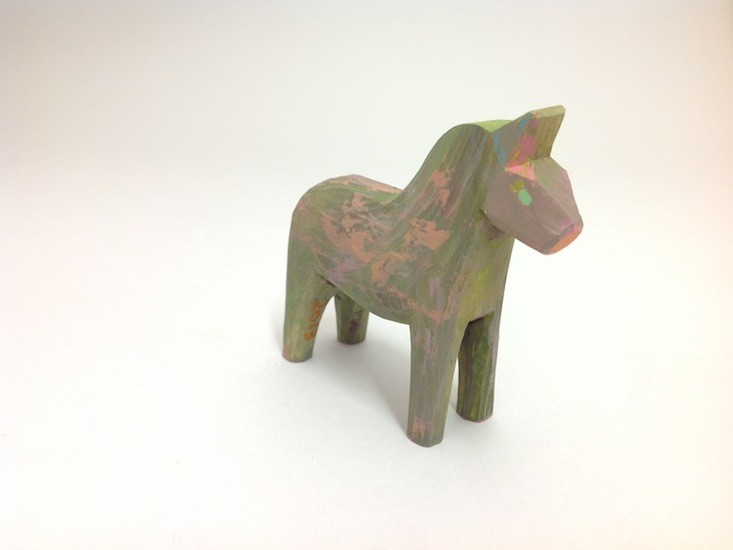 Above: The Hest Dala Horse is hand-carved by Romy’s father-in-law in Sweden and hand-painted by Shino in Brooklyn; $30. The horse is also available in Blue and Yellow, decorated by a painter named Jee, and in a Multicolor Wash by artist Jared Deery. 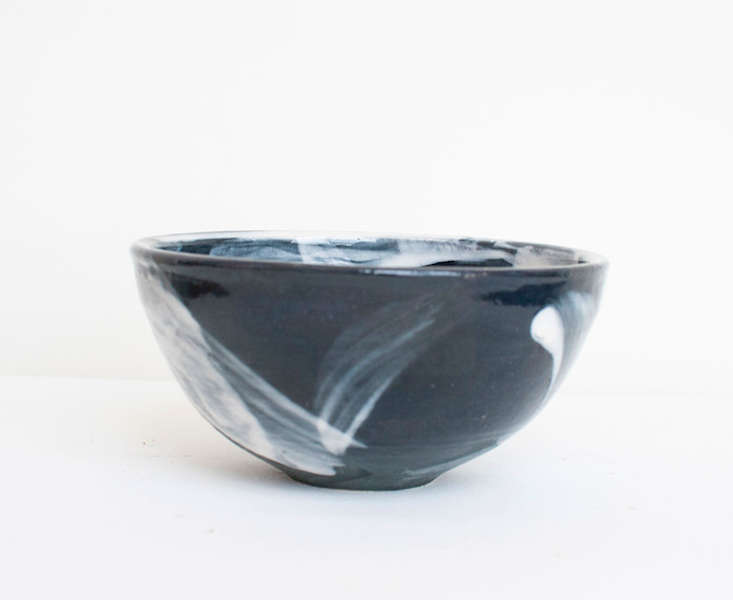 Above: Romy’s Elevate Bowl, $50, has a black glaze with brush strokes in white; each varying in opacity for a ghost-like effect. 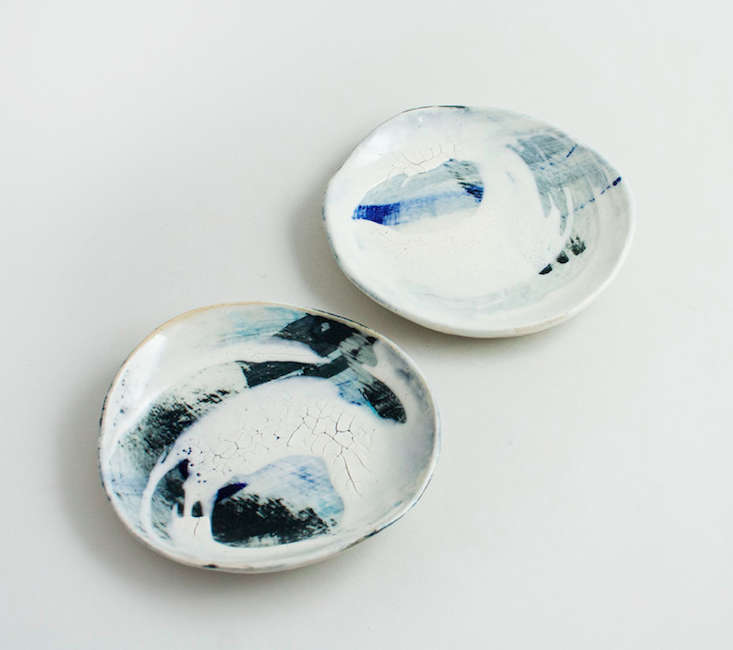 Above: Romy’s Water Flight plates are layered in white, blue, and black; $35. 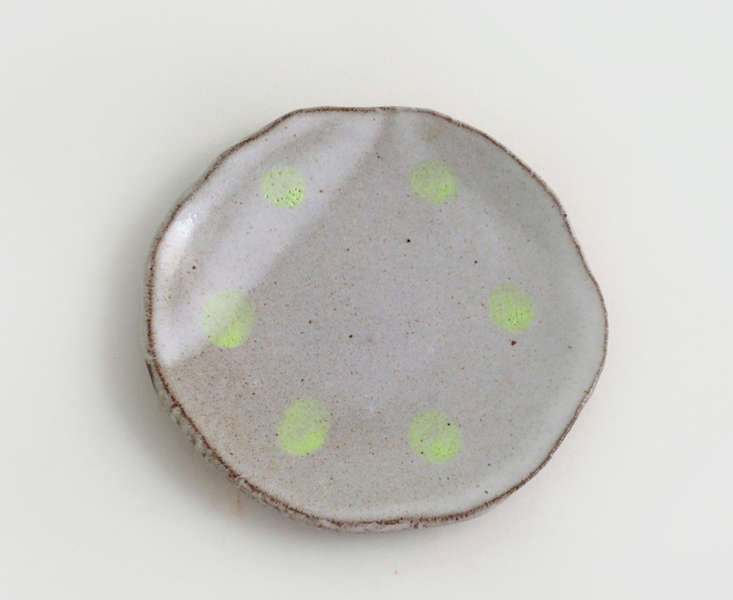 Above: Shino’s Polka Dots Tapas Plate is patterned with a ring in a faint neon green; $20. 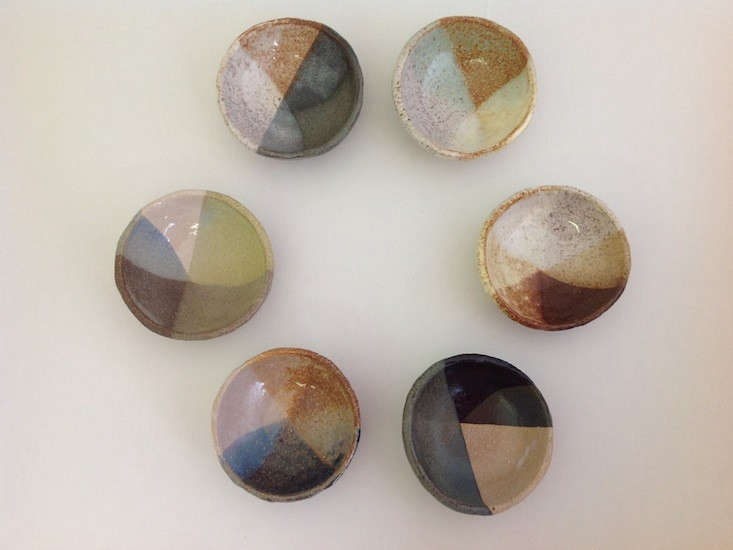 Above: A series of serving bowls in colorful geometric patterns, designed by Shino. Photograph via Shino Takeda Ceramic.

For more ceramics–and a look into the lives of ceramic artists–see our posts Kelly Lamb’s Glamorous LA Art Studio, A French Potter at the Wheel in New York, and A City of Ceramics by Four Dutch Designers.

Have you voted yet today for the Considered Design Awards? You can vote once a day for the finalists in all the categories, on Remodelista and Gardenista. Polls close Saturday, August 8, and we’ll announce the winners on August 9.

Apartment Upgrade: A Tiled Floor in Every Room

Lumière Lodge: A Couple’s Thoughtfully Hued Antique Cottage Down Under

Kitchen of the Week: Base Cabinets by Ikea, Chic and Colorful Doors by Reform