There are plenty of artful Ikea kitchen hacks out there. But the latest designs by Reform of Denmark are in a class of their own. Specializing in custom cabinet fronts and counters that work with Ikea kitchen skeletons, the furniture company has just unveiled three new upgrades by star Scandinavian firms; we’re sold on Norm Architects’ darkly elegant solution. 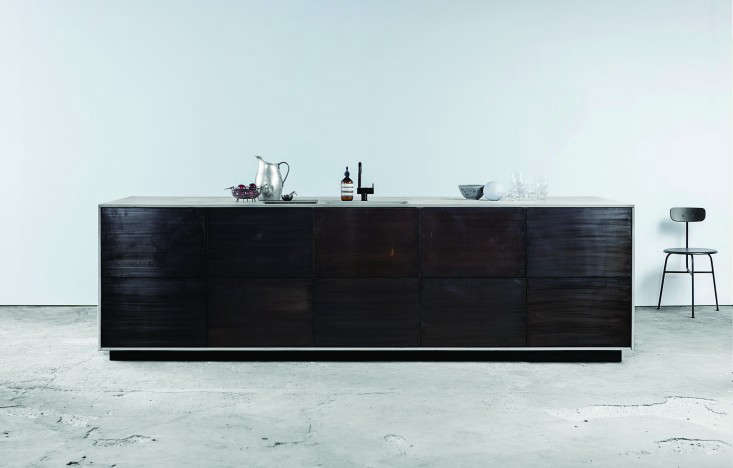 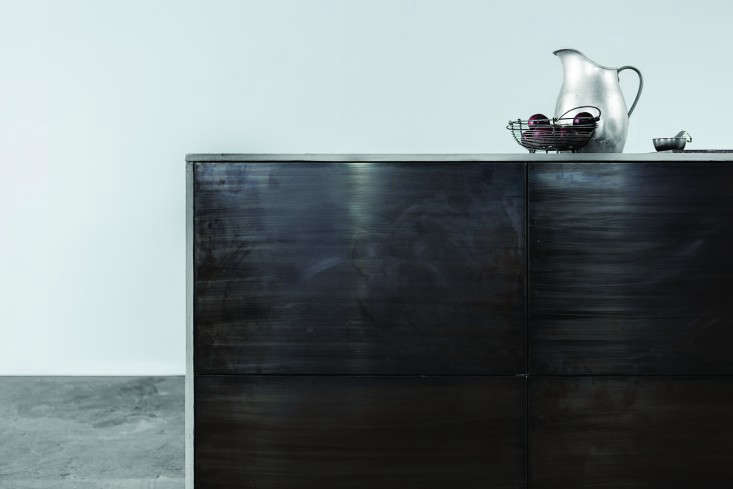 Above: The kitchen’s core is built from Ikea’s basic European kitchen system, Metod, which Reform’s clients buy on their own in consultation with Ikea’s design experts. The setup is then finished with Norm’s cabinet fronts and counters, which are fabricated by Reform and come in a range of materials. They’re shown here with doors of bronzed tombac, a brass alloy, and a fiber-reinforced concrete counter that wraps around the sides. Sawn oak and smoked oak doors are also available.

“The materials, which have seldom been used in kitchens, give a clean but raw expression,” explain the architects, who add that the elements were also selected for durability: “This kitchen,” they say, “does not grow ugly.” 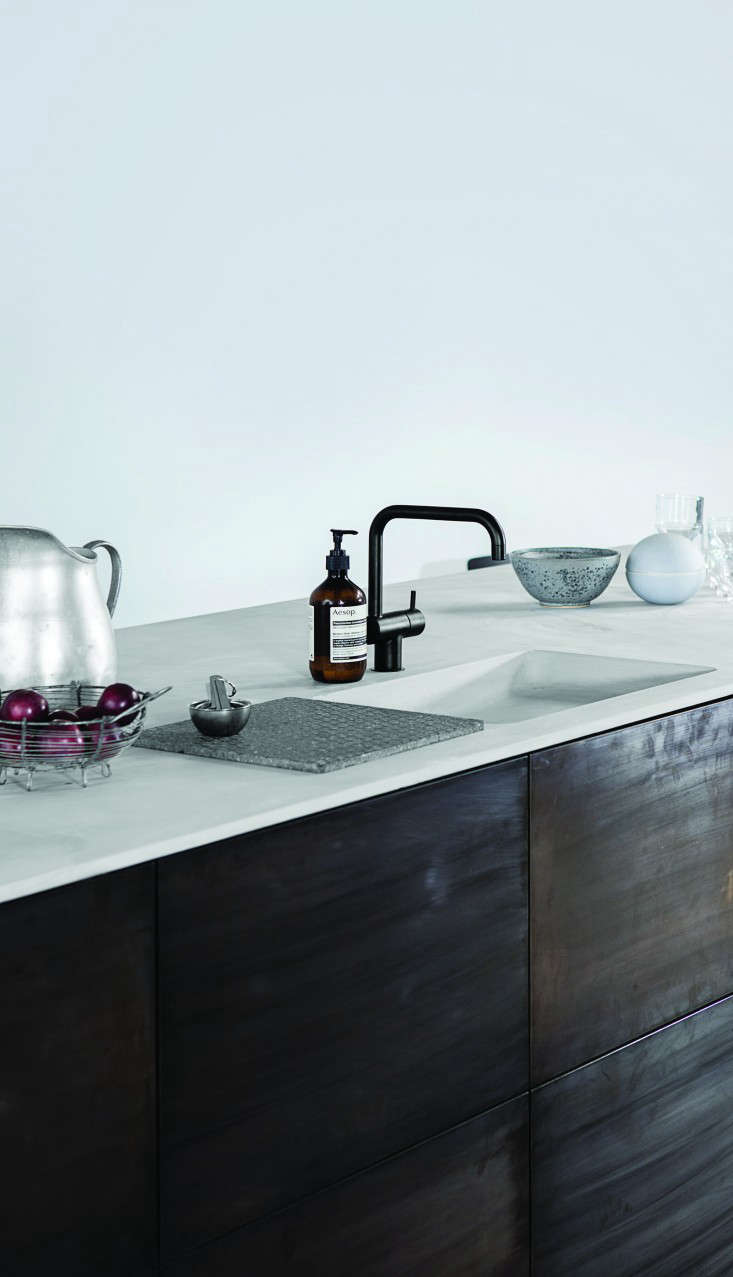 Above: A look at the concrete counter with an integrated sink and square lava stone workboard (sold separately). The counters are 18 millimeters thick and can be ordered with odd angles–Reform just needs measurements and a work drawing.

Curious about lava stone? Learn all about its countertop possibilities in Remodeling 101. 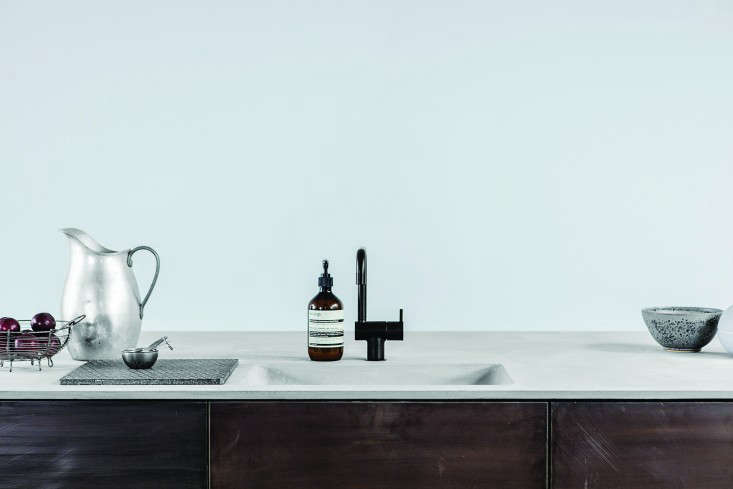 Above: Further departing from Ikea, Norm chose a faucet by Vola–but fixture and appliance choice is up to each owner. 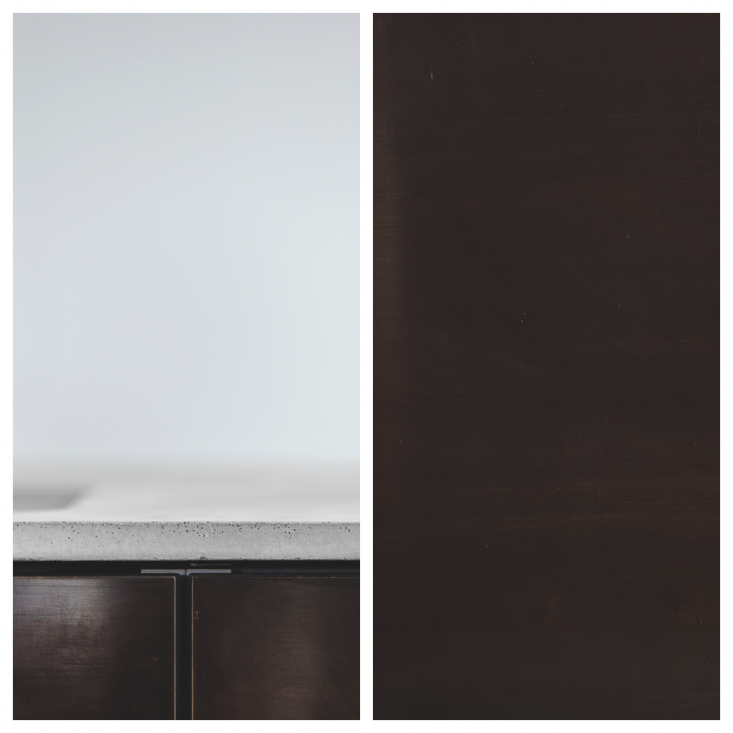 Above L and R: The bronzed tombac drawer and cabinet fronts are adhered to 18-millimeter-thick, black-dyed MDF. The metal edges are varnished and twice coated with wax. 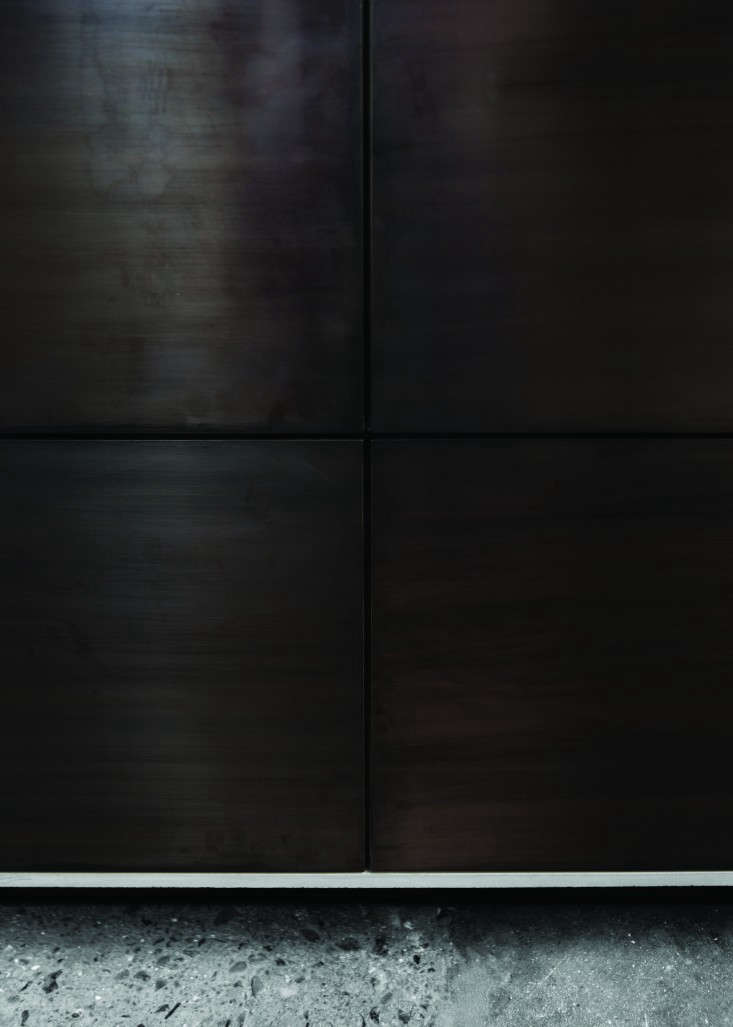 Above: “The bronzed tombac will gradually get a golden shine in areas of continuous wear and patinate beautifully over time,” says Reform. The drawers and cabinets work with push openers that come from Ikea; handles can be ordered if needed for integrated household appliances, such as fridges and dishwashers. 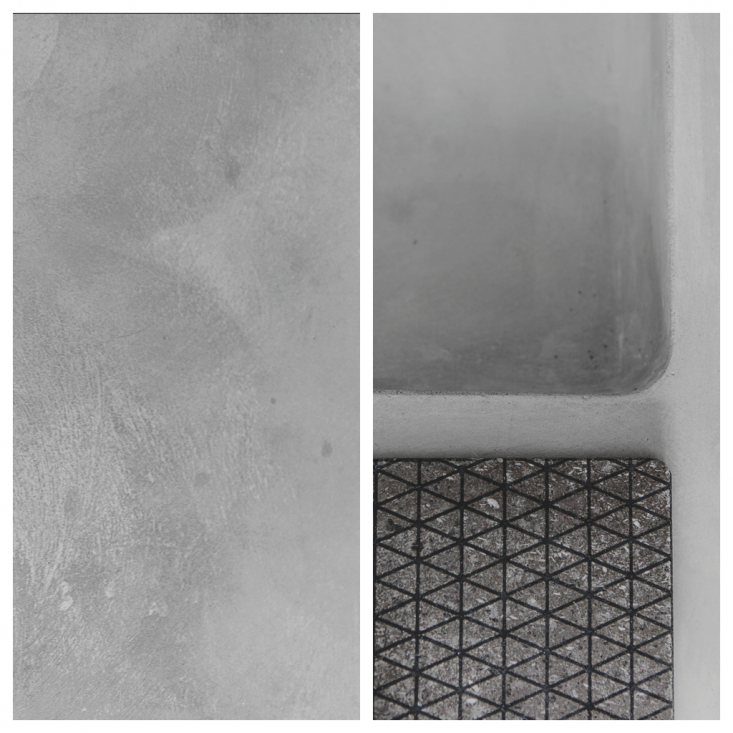 Above: A concrete counter and sink is but one of the options. The counter is also available in bronzed tombac, and veneered, smoked, and natural oak.

Reform delivers its products worldwide and is in the process of adapting its designs to work with Sektion, Ikea’s basic kitchen system in the US. 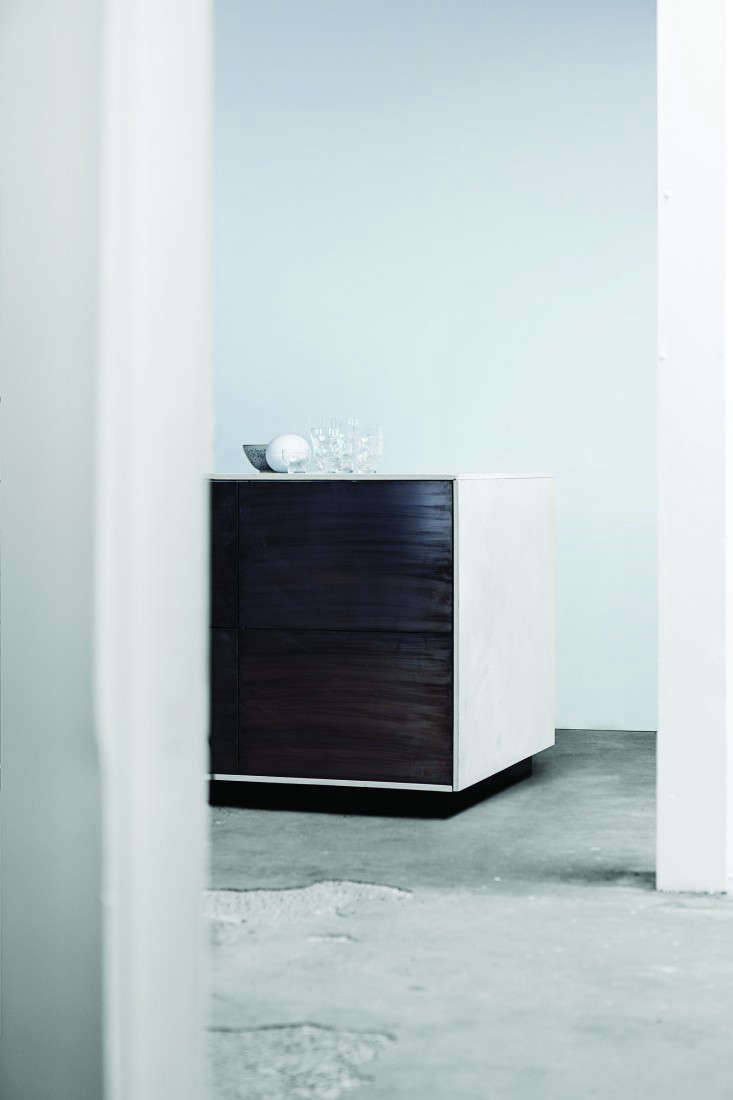 Have an Ikea kitchen in need of an overhaul? Norm’s fronts work on Ikea’s European Metod system and its predecessor Faktum. Go to Reform for more details.

The US counterpart of Reform? See The SemiHandmade Ikea Kitchen.

And for more Ikea upgrades, take a look at:

A Caviar Bar in Finland with a Wintry Palette