All spas give a go at calming the senses. But London’s Akasha Holistic Wellbeing Centre designed by David Chipperfield Architects is in a luxuriously minimalist class all its own. Crucial ingredient? Lean, clean Carrara marble everywhere. 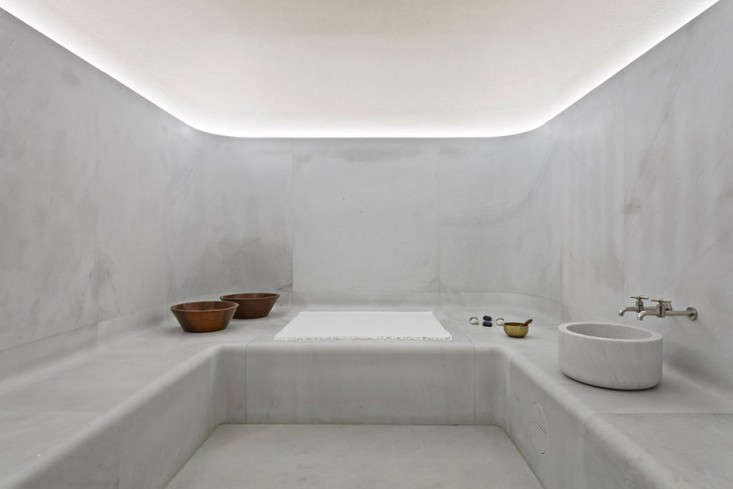 Above: The steam room is at once austerely modern and ancient looking.

The spa is situated in the lower two floors of the historic landmark Hotel Café Royal just off Piccadilly Circus, which Chipperfield has transformed into one of London’s most glamorous places to stay, exquisitely appointed marble bathrooms included.

Chipperfield, not coincidentally, is a master of minimalism: See Best House of the Year. 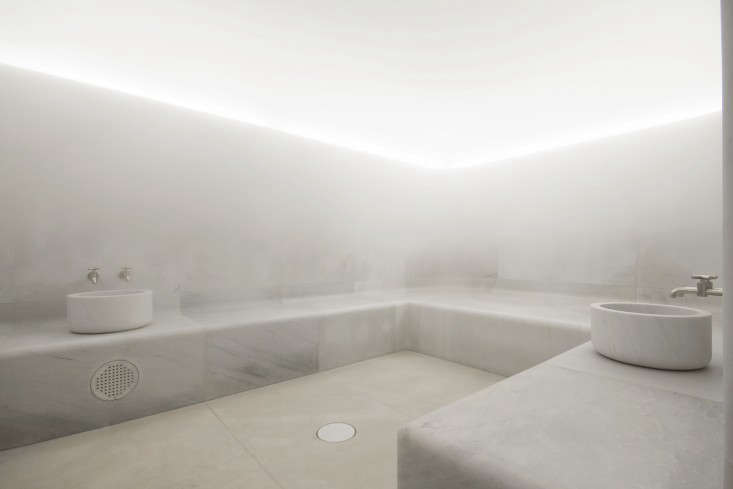 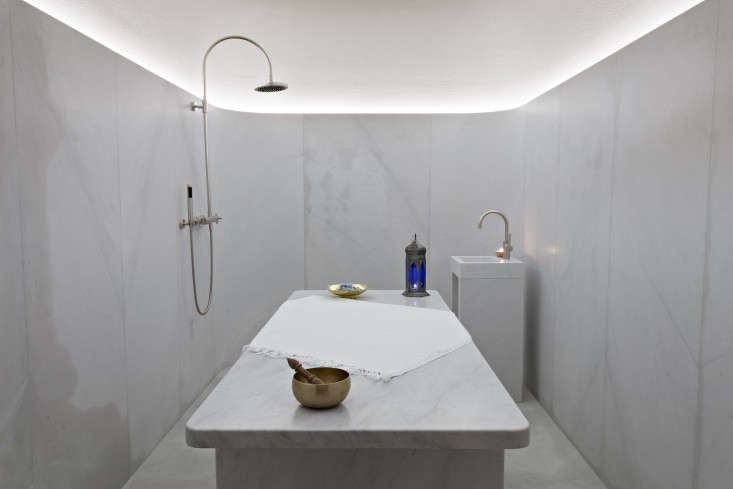 Above: A private hammam. Akasha offers an international menu of treatments. 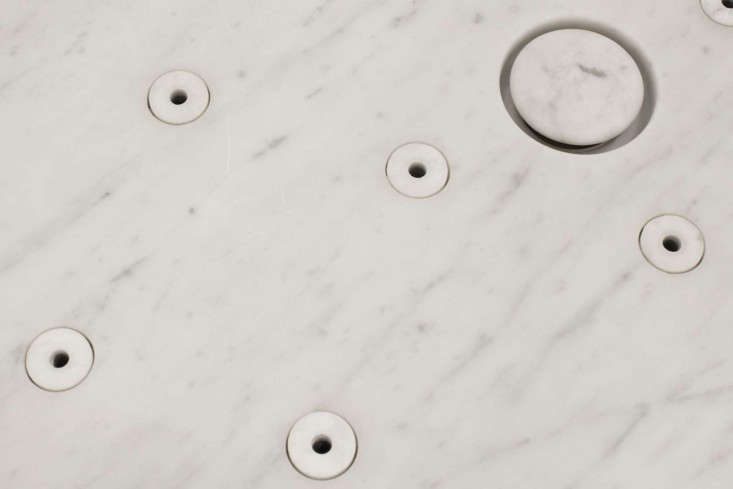 Above: The thoughtfully pared-down detailing extends to the Jacuzzi jets. Photograph via Architizer. 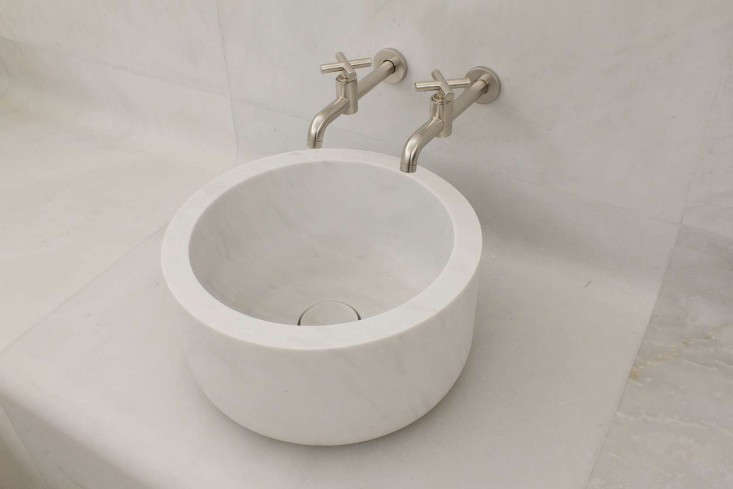 Above: A custom circular marble wash basin with nickel faucets. Photograph via 4SeasonsSpa. 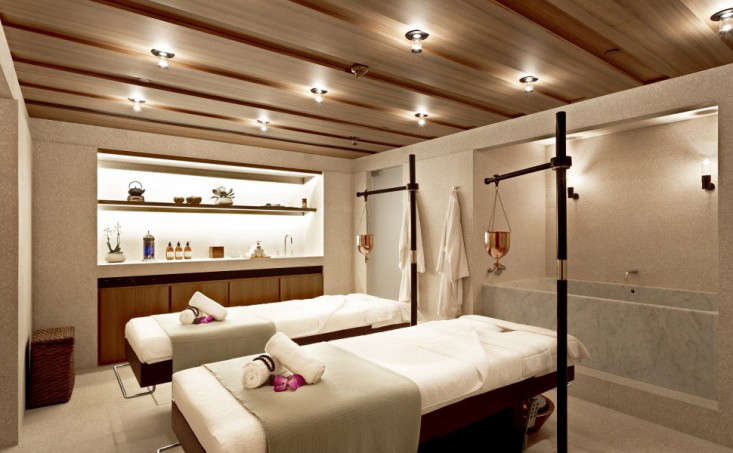 Above: Treatment room for two with paneled wood ceiling and copper censers. 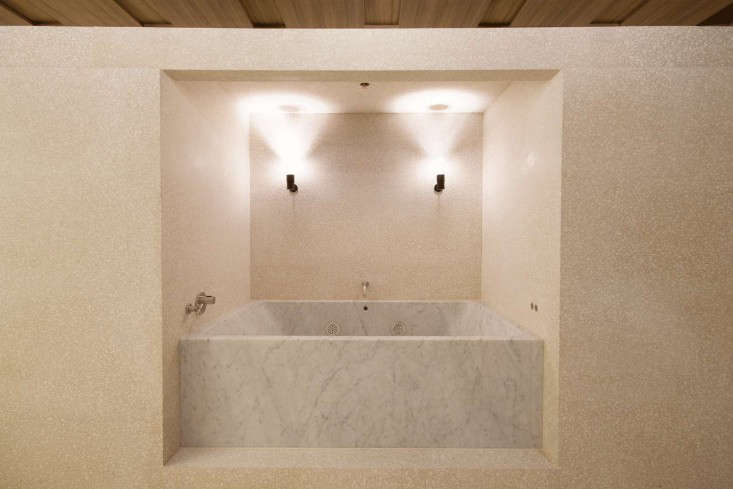 Above: The room comes with a soaking tub. 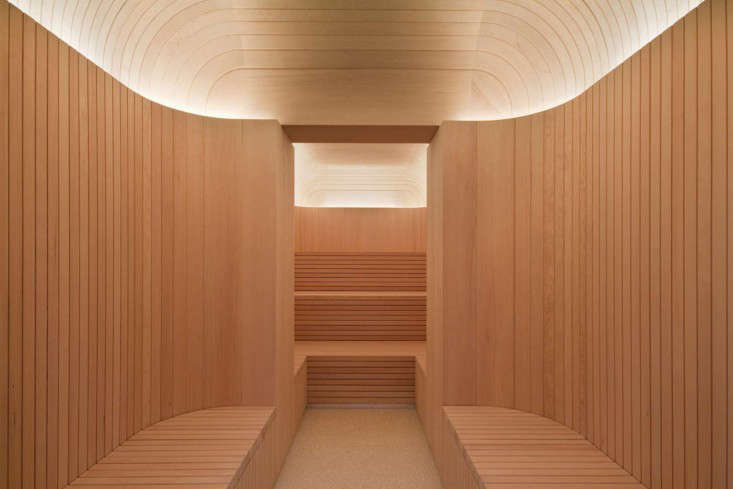 Above: World’s most glamorous sauna? Photograph via 4SeasonsSpa. 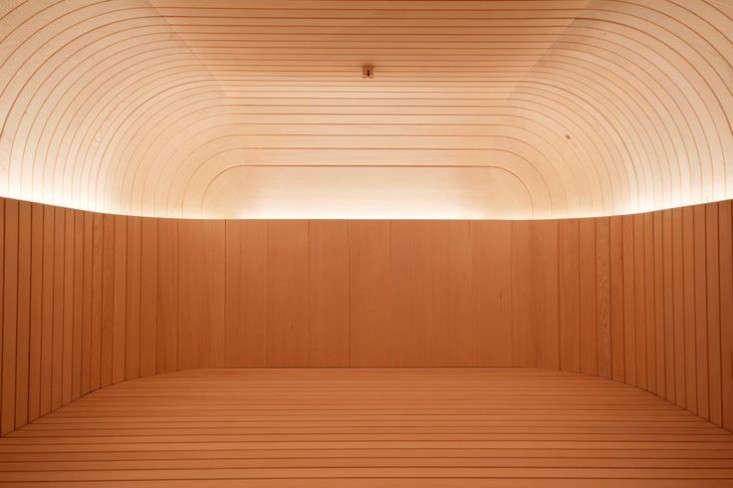 Above: The design, complete with domed ceiling, is built from hemlock. Photograph via Architizer. 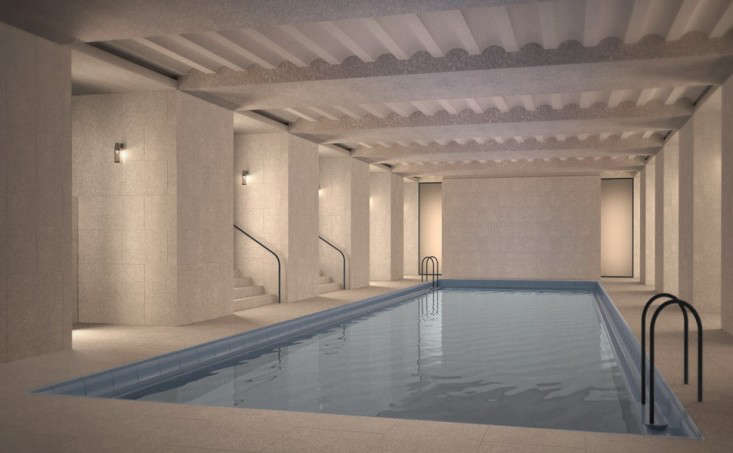 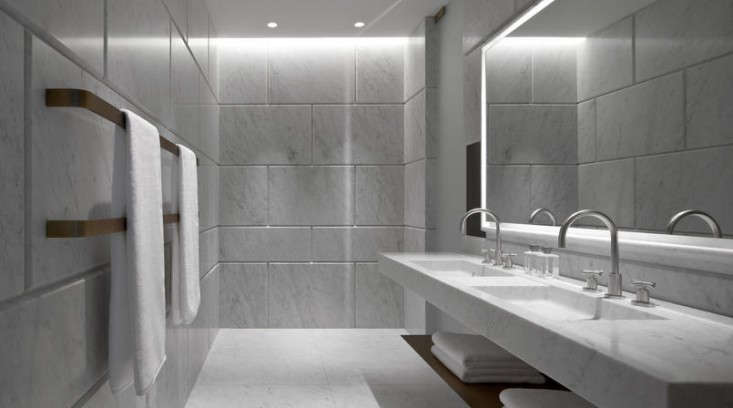 Above: The marble walls in the spa bathroom–and elsewhere in the hotel–were inspired by the surrounding rusticated faí§ades of Regent Street.

The Akasha Holistic Wellbeing Centre is in the Hotel Caf´eé Royal on Regent Street.

To see more by David Chipperfield, go to Best House of the Year and have a look at his countryside-inspired Minimalist Furniture Collection.

Pared Down Simplicity: New Furniture from a Cult Woodworker

The Healthful Apartment: A Wellness Expert Finds Serenity on the Lower East Side

The Springs: An LA-Style Health Complex by Design Bitches