Chances are, you’ve already admired the work of Jersey Ice Cream Co.‘s Tara Mangini and Percy Bright–the duo are longtime Remodelista favorites and recent members of the Remodelista Architect/Designer Directory. A few weeks ago, we presented their transformation of Local Milk blogger Beth Kirby’s kitchen–see The One-Month Makeover. And before that, they helped our own Justine create a Dream Kitchen for Under $3,000. Self-described “homeless home designers,” the couple are a full-service design and construction team–they like to do it all, just the two of them. They also like to relocate to renovate. For Beth Kirby, they moved into a rental in Chattanooga, Tennessee, and for plenty of jobs, they’ve camped out on site. In other words, they will go to any length to get to know you, your house, and how you want to live.

This weekend, Tara and Percy are on hand to help us launch our new feature, Ask the Kitchen Expert. They’re available for the next 48 hours to answer any and all questions you may have about kitchens. Ask away! 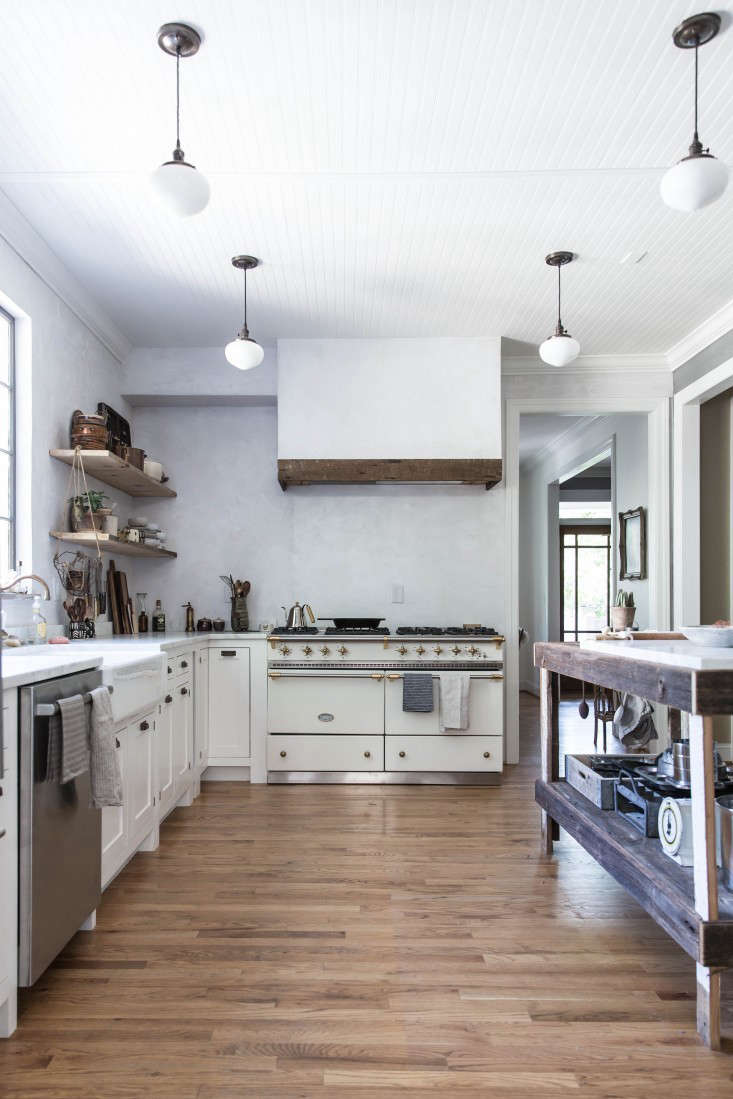 Above: “For Beth–who, in addition to being a blogger, is a photographer, recipe developer, stylist, and teacher–the kitchen is the heart of her everything. So we really wanted to hit this one out of the park,” Tara says. The room is set up to offer Beth not only a range of work surfaces but also places to maneuver with her camera. It has enough space that she can hold classes and demonstrations (eating takes place in the dining room next door). Photograph by Beth Kirby. 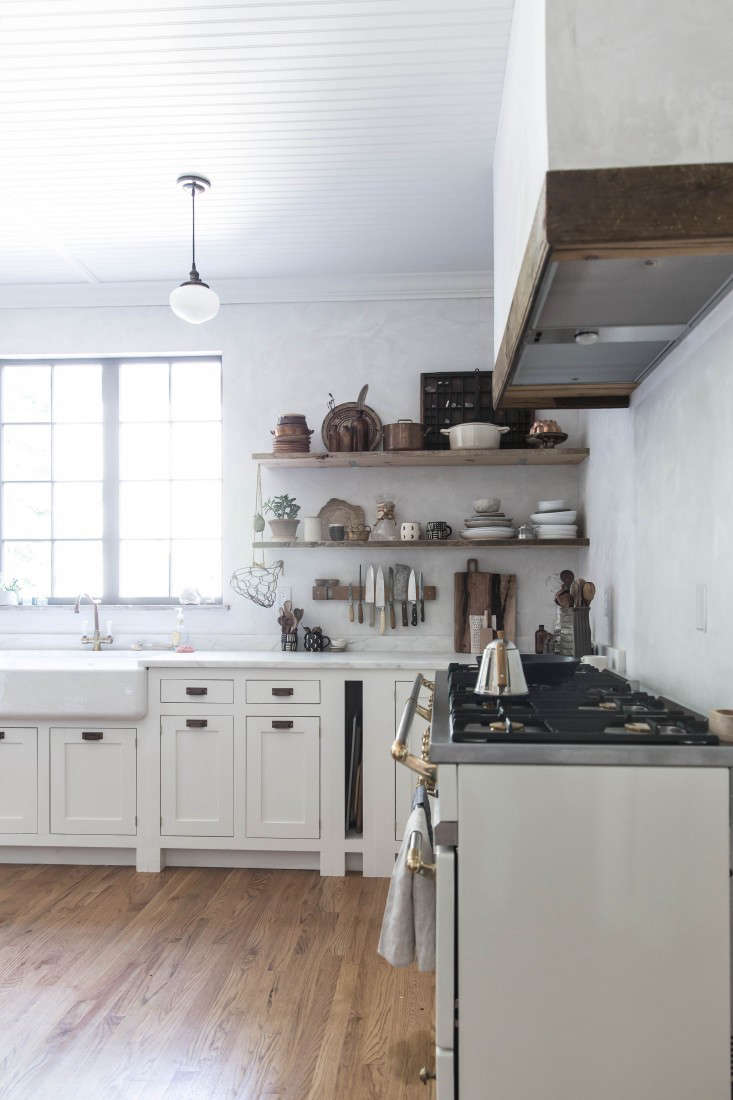 Above: Self-taught design and construction savants who got their start remodeling Percy’s former house in Philadelphia, the couple are able to tackle just about any task. They even Venetian-plastered the hood above Beth’s state-of-the-art Lacanche Sully range. As Tara tells us, “We don’t like to hire outside help because they almost never meet our standards.” Photograph by Beth Kirby. 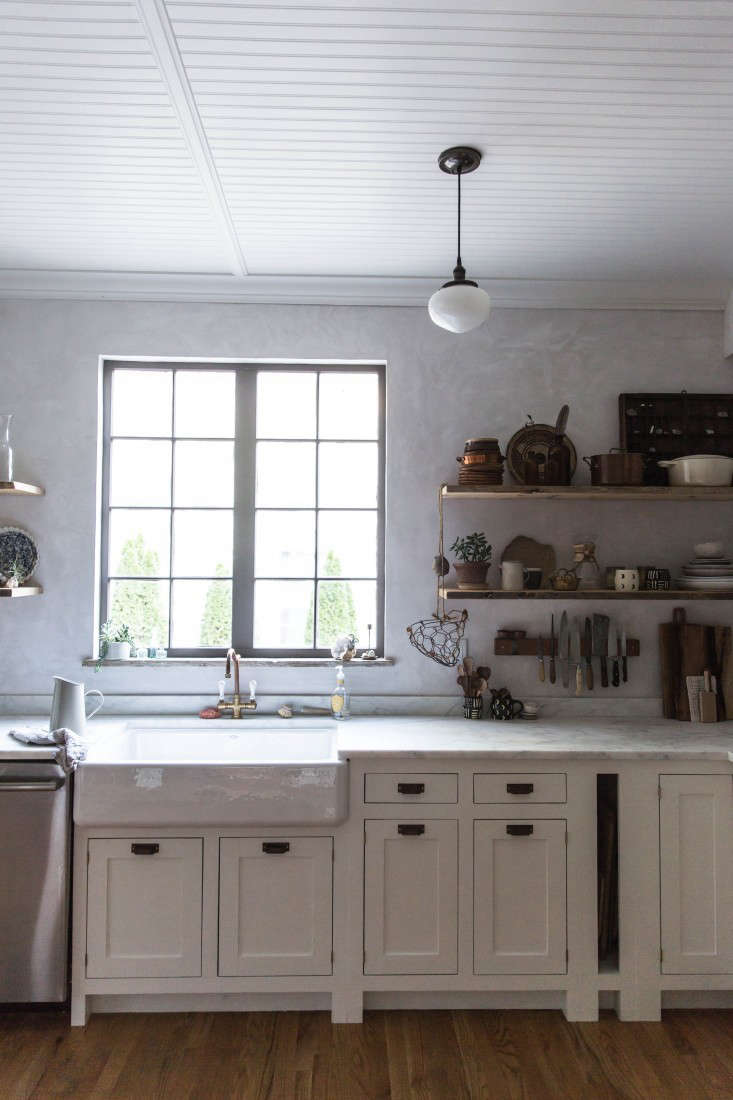 Above: For budget reasons, Tara and Percy recommended keeping the existing lower cabinet framework as a skeleton to which they added new cabinet fronts that they built on site. They found the vintage copper cabinet pulls at salvage shop ReStore, in Philadelphia. Photograph by Beth Kirby.

Above: When Remodelista editor Justine bought her family’s Massachusetts house, it was filled with historic character–except the kitchen, which required an overhaul. Working with a budget capped at $3,000. Tara and Percy stepped in, and, in a mere six days, gave Justine what she was after.

Above: Tara and Percy updated the existing orangey-hued wood cabinets with several coats of white paint. “To minimize the hulking form of the island, Percy enclosed it in horizontal shiplap-style boards, which added a lot of character,” says Justine.

Above: A few simple moves, such as replacing the existing yellow granite counters with wood ones from Ikea and installing a new farmhouse sink, create an uplifting work station by the window. 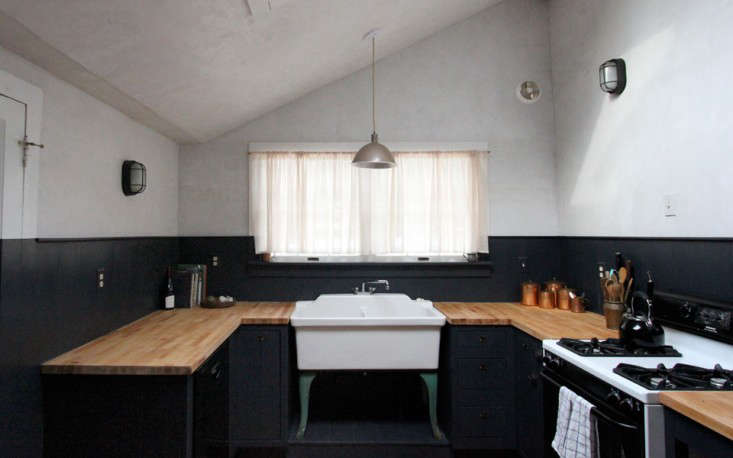 Above: Tara and Percy renovated this 1860s house in the Hudson Valley from top-to-bottom in two months: They were hired in September and were finished by Thanksgiving. As they told Design Sponge, “In the kitchen, we wanted to create a look that was bold and classic, something that was unfussy and romantic that feels very true to the house.” 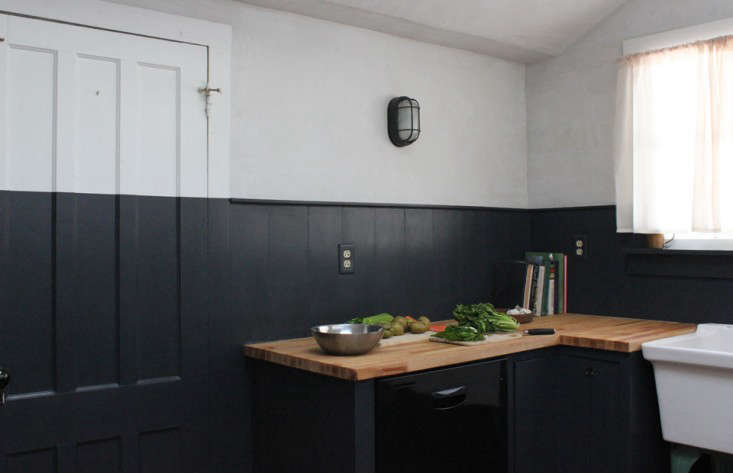 Above: The wainscoting around the room is painted in Black Horizon by Benjamin Moore with plastered walls above. The two-toned design was inspired by A Kitchen for the People, Courtesy of Prince Charles. 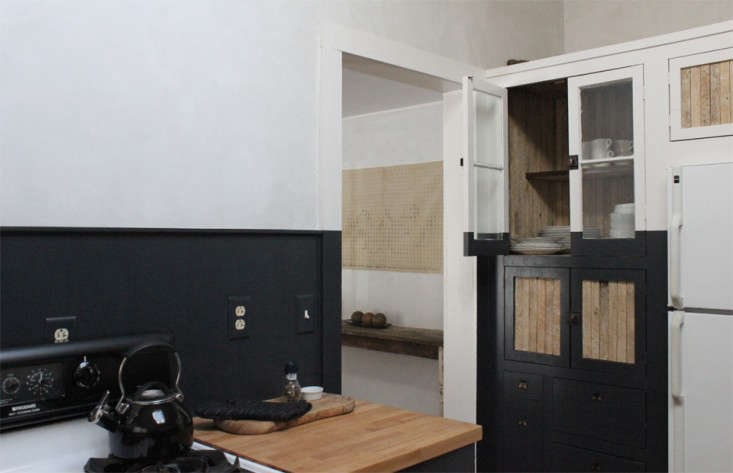 Above: The designers repurposed an existing built-in cabinet and completely altered its look by changing the cabinet fronts. See more details in Steal This Look: A Prince Charles–Worthy Kitchen.

Above: Percy and Tara are available for the next 48 hours to answer your kitchen questions and quandaries.

See more of their work at Jersey Ice Cream Co. and in our posts:

Current Obsessions: Welcome to the Family

Table of Contents: All in the Family