Poetry in space: London architect William Smalley shares his musings on how he transformed his Bloomsbury rental flat, two floors in an 1720 townhouse, into a sanctuary of visual calm:

“I found this house in its unexpectedly neighborly neighborhood by chance eight years ago. I was looking for a cheap, central flat at the same time that my friend Ben Pentreath was looking for an office. The house was too big for either of us, but when we discovered we were pining for the same place, we signed a lease on it together. We now have the odd situation where every morning I go to my office across the road as Ben comes in from his flat around the corner.” 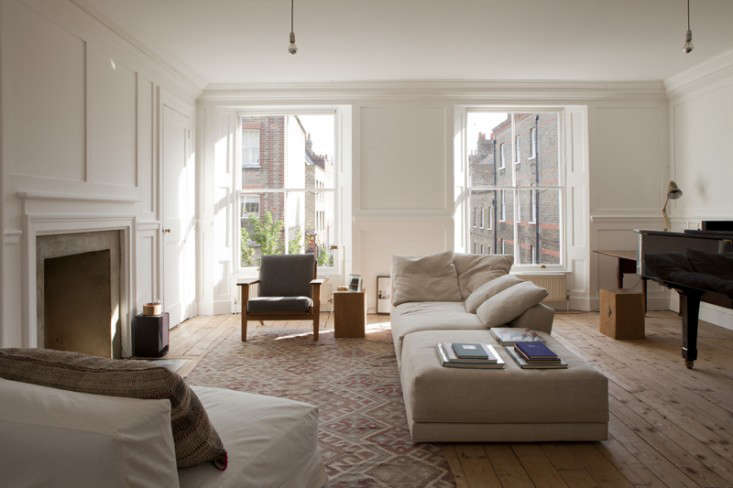 Above: “To the horror of all our property-owning friends, Ben and I restored the house as if it were our own–opening painted-up shutters and blocked-up fireplaces (discovering beautiful marble downstairs in the process), laying old stone flags in the downstairs hall, replacing vinyl with sisal, and ripping out the bright blue carpet upstairs. I painted my paneled rooms the mattest white. I need the visual calm of soft white walls at the end of the day.” 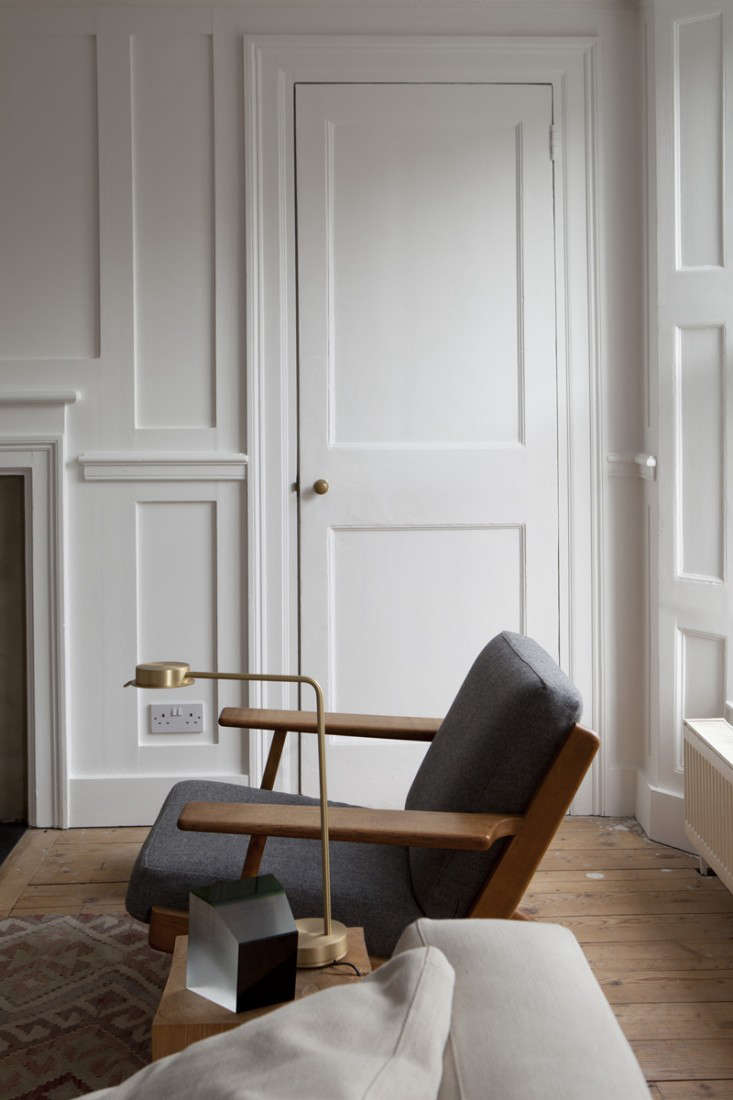 Above: “The apartment’s three big built-in cupboards (the door to one is shown here) have been my lifeboat. Slowly, I have added furniture–my grandfather’s ink-stained college table, a washed-out kilim, and, after much searching and sitting, a very large, comfortable sofa for the post-work flop. I can now seat visitors and they have lights to read by.” 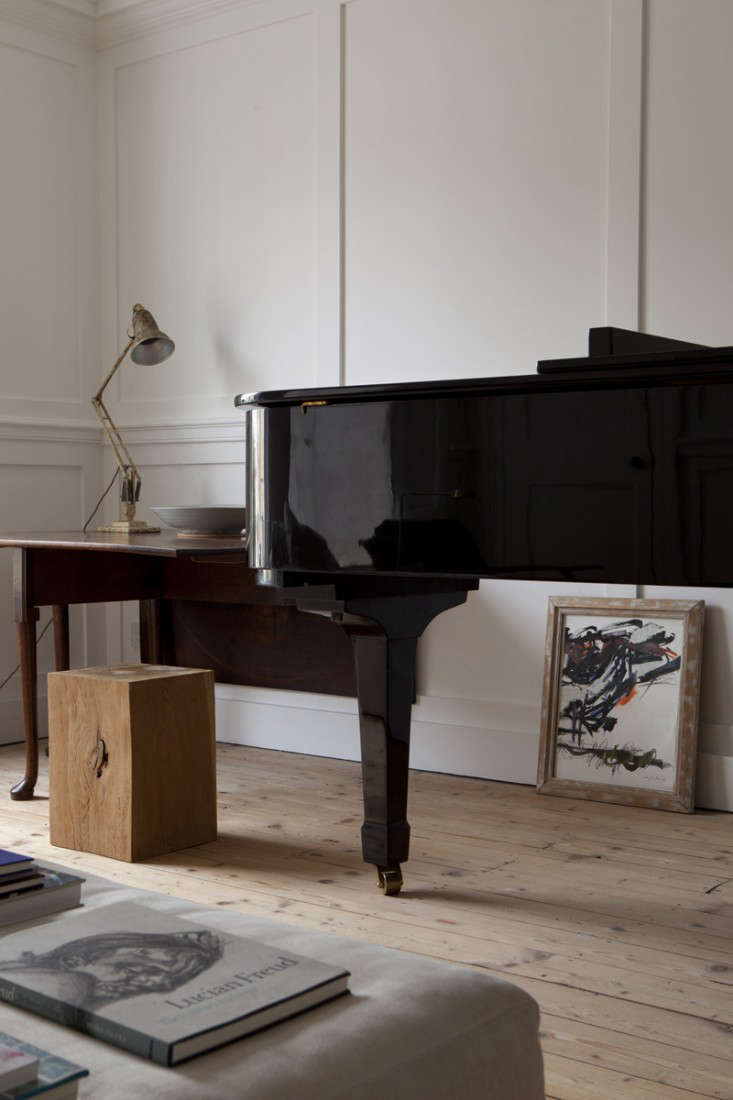 Above: “I rang a friend on my first evening in the flat saying I had all I needed except a piano. By coincidence, that morning he’d been offered the loan of one in need of a home. I buy books of the most beautiful music and play the easiest piece in each.” 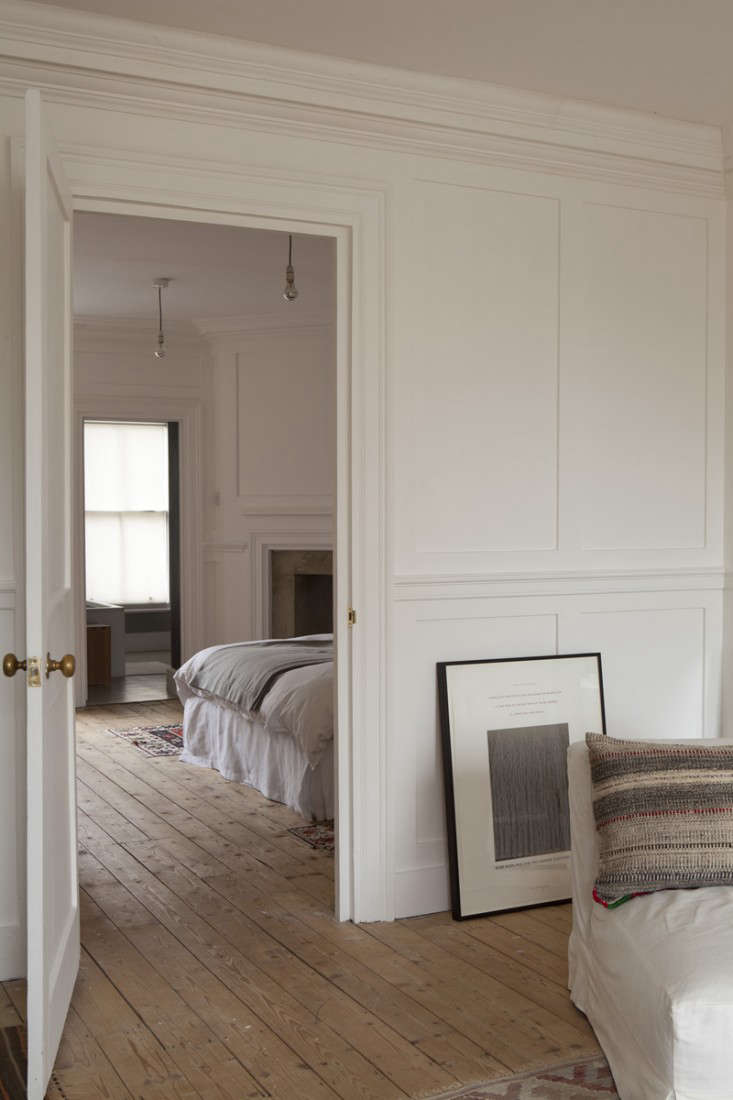 Above: “I scrubbed the floorboards down by hand, three a morning before work, and have left them untreated so that they take on the patina of age. None of the pictures have made it onto the paneled walls–they seem happier leaning on the floor.” 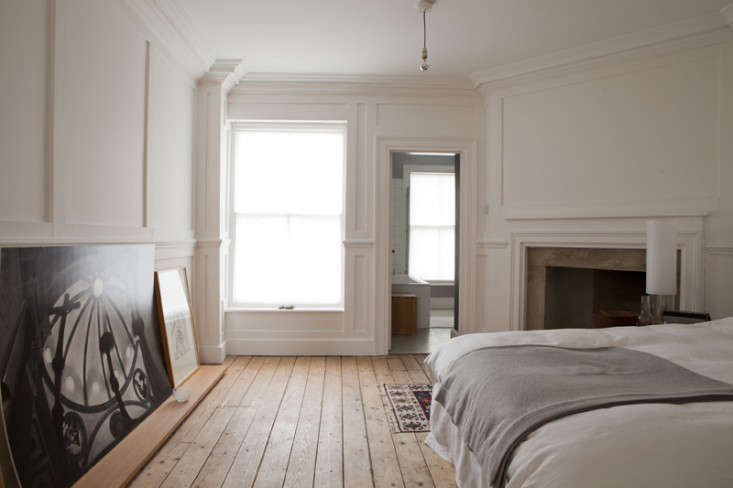 Above: “There’s a moment at dawn in the middle of June when a shaft of the rising sun shoots down the street, right through the house to the windowsill at the back of my bedroom, lighting exactly the spot where I keep a good luck pebble given by a friend. When I first woke and saw it, I thought it was the second coming (first, actually). It is humbling to think it has been doing that for nearly three hundred years.” 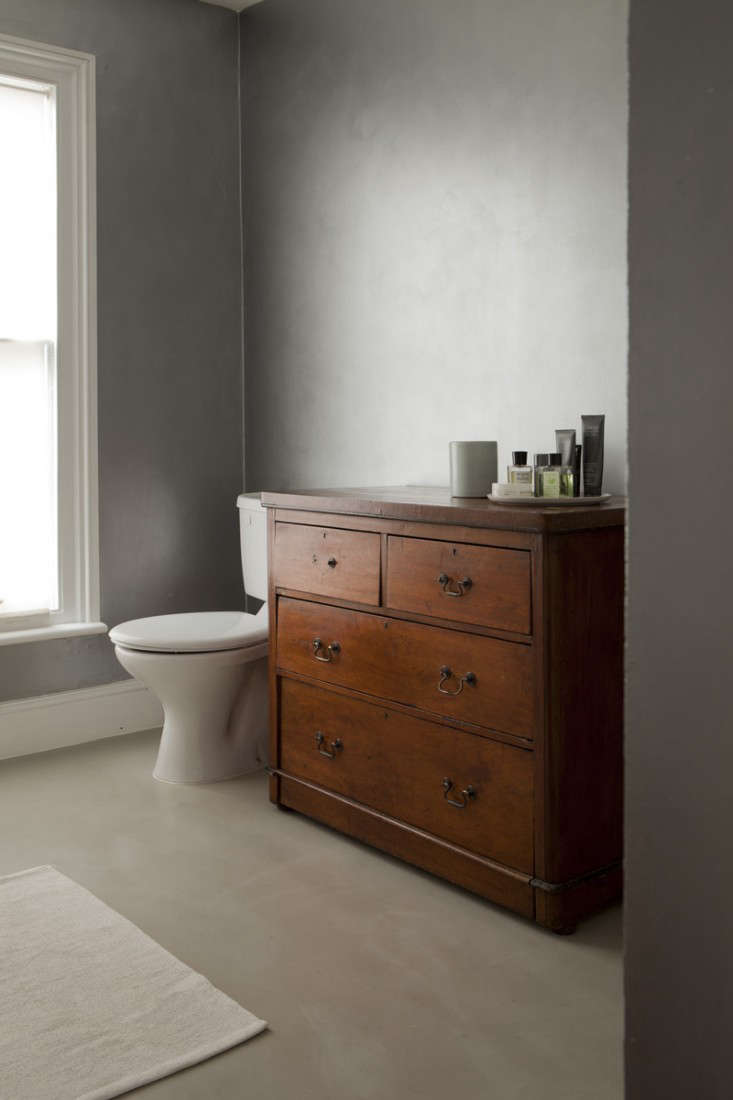 Above: “The bathroom was as plain as a bathroom could be, and more white would have been doctor’s surgery rather than monk’s cell, but I couldn’t face color, so I painted it silver. When the evening sun catches it, the whole room sings. The Victorian chest of drawers was one of three pieces of furniture (a Wassily chair and a bed were the other two) that I had when I moved in.” 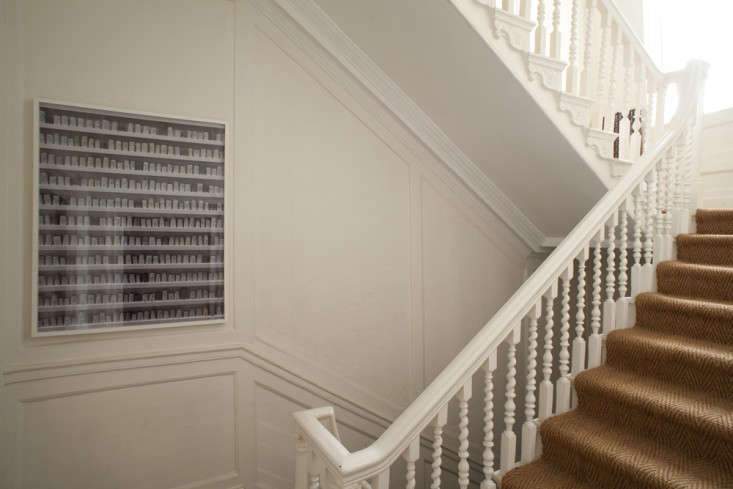 Above: “We stripped the stair of decades of glossy paint, revealing beautifully carved Corinthian newel posts at each turn. For a day the whole three stories of the stairwell were porcelain blue, but I decided even palest porcelain was too much for me, and it went white. The only art that has made it onto the wall is a huge Héléne Binet photo of an Edmund de Waal installation–A Change in the Weather–which has one pot for every day of the year. This photo hangs in the stairs and delays everyone’s departure as they try to work out whether Edmund was having a good day (blue pot) or bad (gray) on their birthday.” 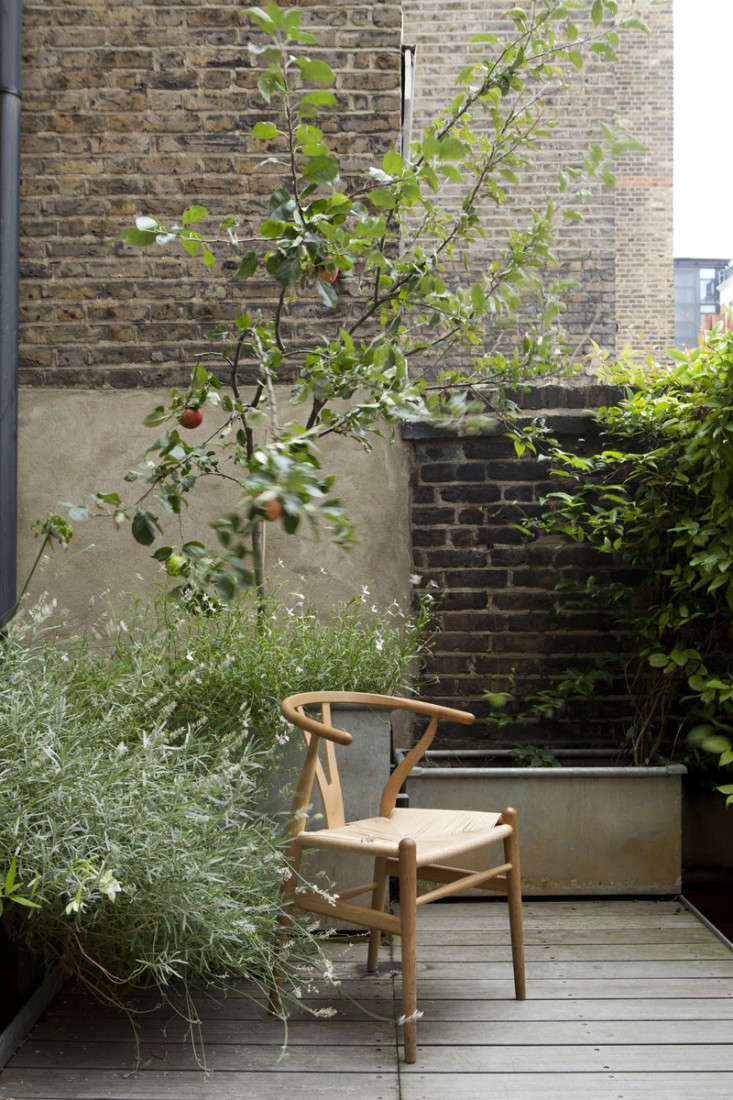 Above: “There is a balcony overlooking the street just wide enough for two narrow chairs, where Ben and I catch up at the end of the day.”

Fantasizing about a visually calming home? Some of our favorites include: Strategic Storage in a Minimalist Loft and Minimalist Moves in a Chelsea Townhouse. And on Gardenista, Hardscaping 101: Gabion Walls bring texture to minimalism.

The Perfect Store for This and That