London designers Burcu Akin and Piyush Suri have excised any signs of frumpiness in their version of old-fashioned, homey British style. Instead, the duo’s midcentury-inspired geometrics bridge the gap between fresh and cozy. The secret to their success may be their far-ranging references: Akin is Turkish and trained in interior design; Suri is Indian and a textile designer. They began their business with a collection of textiles, and have recently branched out into wallpaper and tiles (they just unveiled a line from esteemed French company Carocim). They showcase their wares, along with the work of kindred artisans, at their shop, Handmade Interiors, in London. We discovered their designs at a trade show in New York several years ago and keep checking back in, watching as they deftly apply their patterns to every surface in the house.

Photographs from Akin & Suri, unless noted.

Above:  A sofa from UK company Sofas and Stuff upholstered in Akin & Suri’s Elmas pattern. The company’s textiles are hand-screened in India. Photo via Sofas and Stuff. 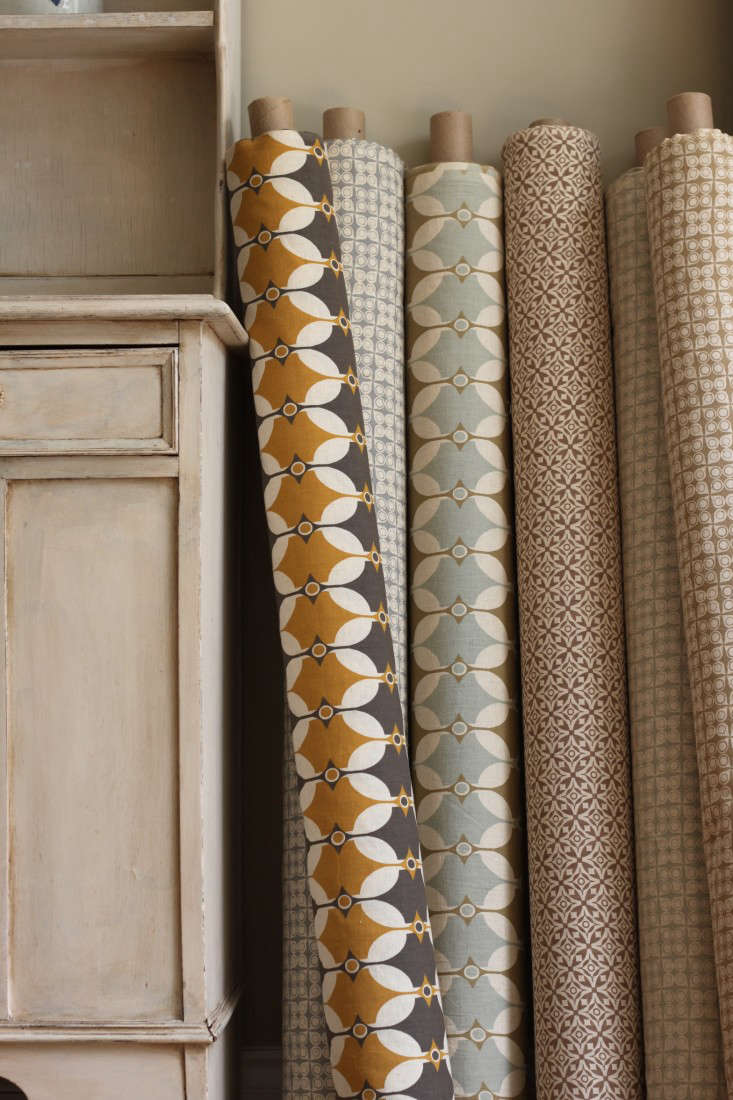 Above: A sampling of Akin & Suri textiles; they’re available in 44-inch wide cotton-flax, and 60-inch wide upholstery-weight cotton canvas. The fabrics can be ordered directly via Akin & Suri’s shop, Handmade Interiors and a large list of retailers throughout the UK, Europe, and elsewhere. In the US, they’re available through Studio Four NYC for $144 per yard for either weight, six yard minimum. 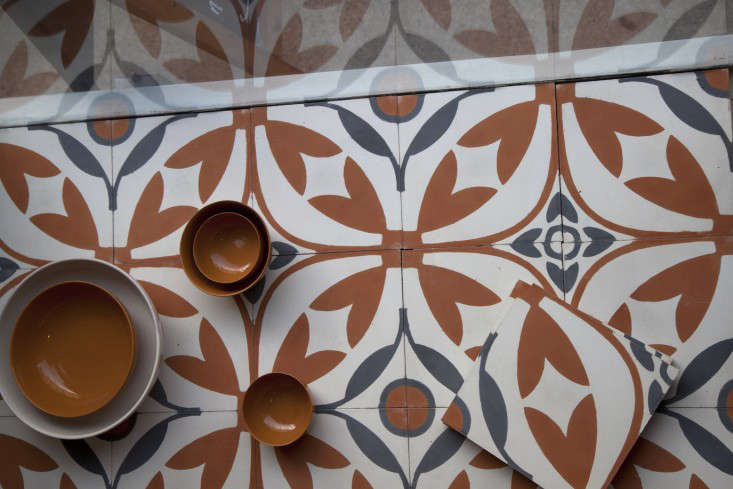 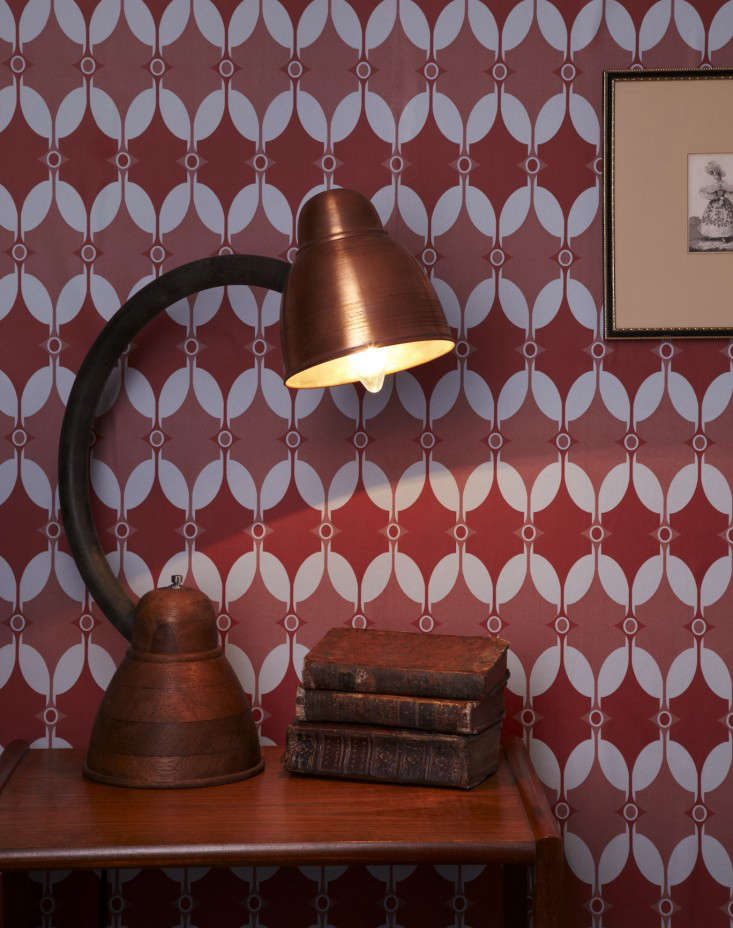 Above: Akin & Suri’s first wallpaper collection includes four patterns, including Selin shown here. The company’s wallpaper is printed in the UK on a traditional rotary machine using water-based inks and paper from sustainable forests. Its rolls are 50 centimeters wide and 10 meters long (approximately 20 inches wide and 11 yards long). They’re available via Handmade Interiors for £60 per roll; in the US, they’re sold by Studio Four NYC for $153 per roll (6 roll minimum); note that Studio Four’s prices include import fees. 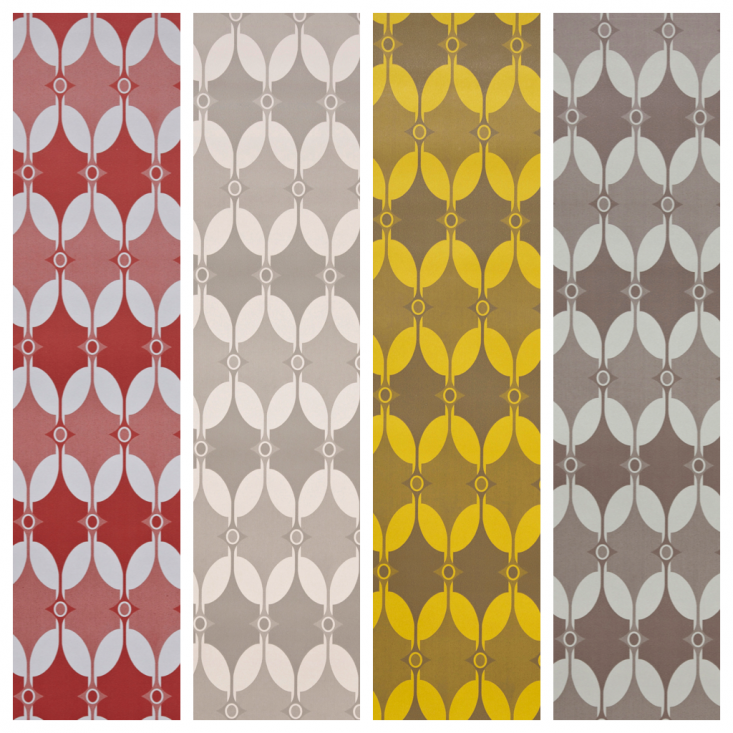 Above: The Selin pattern is available in four color ways. All of the wallpapers are also available as fabrics, in both cotton-flax and cotton-canvas, though not always in same colors as the corresponding wallpaper. 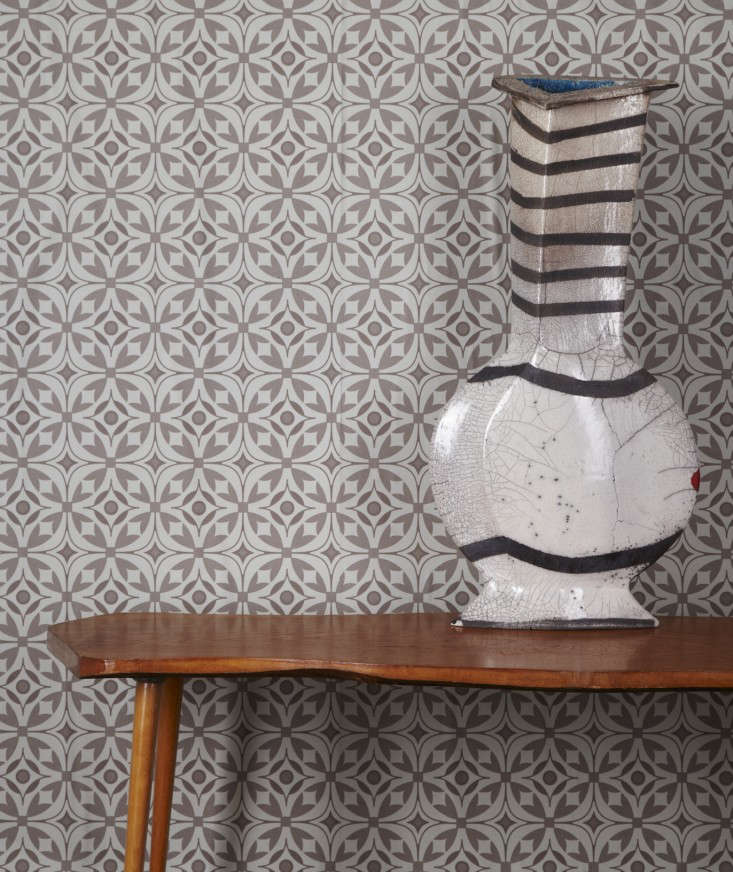 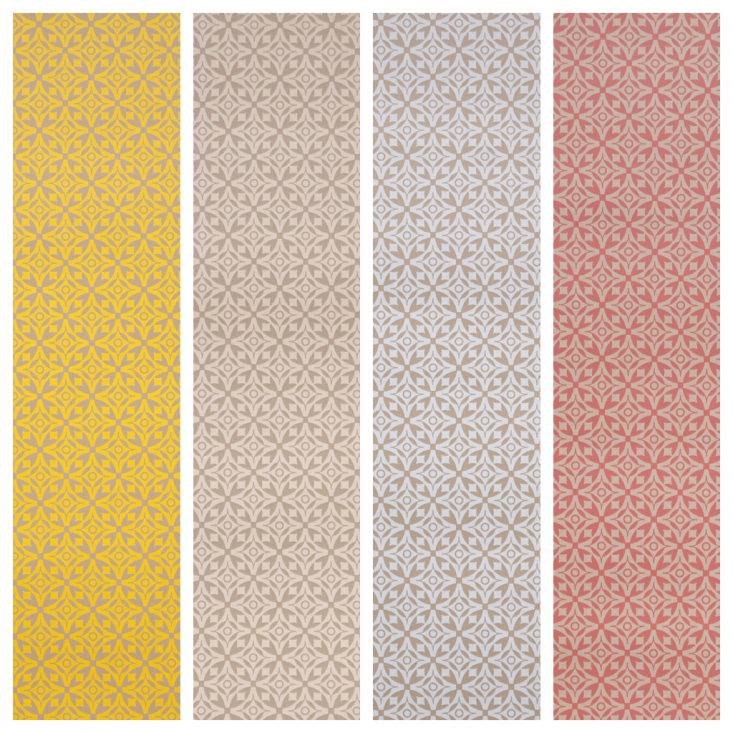 Above: Nila wallpaper, a pattern similar to Elmas (and to the company’s tile design, above), is available in five color ways, four of which are shown here. 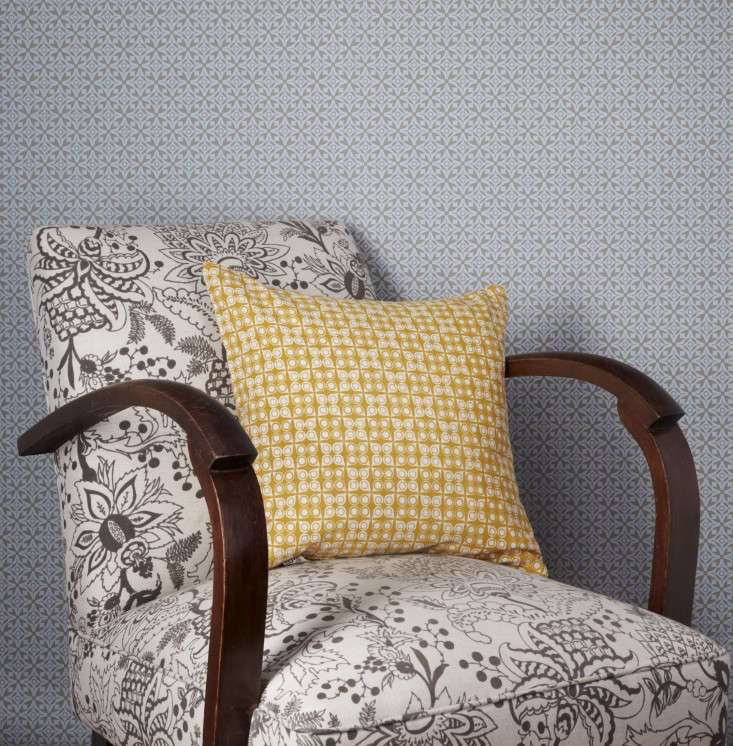 Above: Nila wallpaper serves as a backdrop for a chair upholstered in Akin & Suri’s Naar fabric with a pillow in Damla, which the designers describe as “a very stylized take on retro Scandinavian studio pottery pattern…the name Damla means water droplets [in Turkish].” 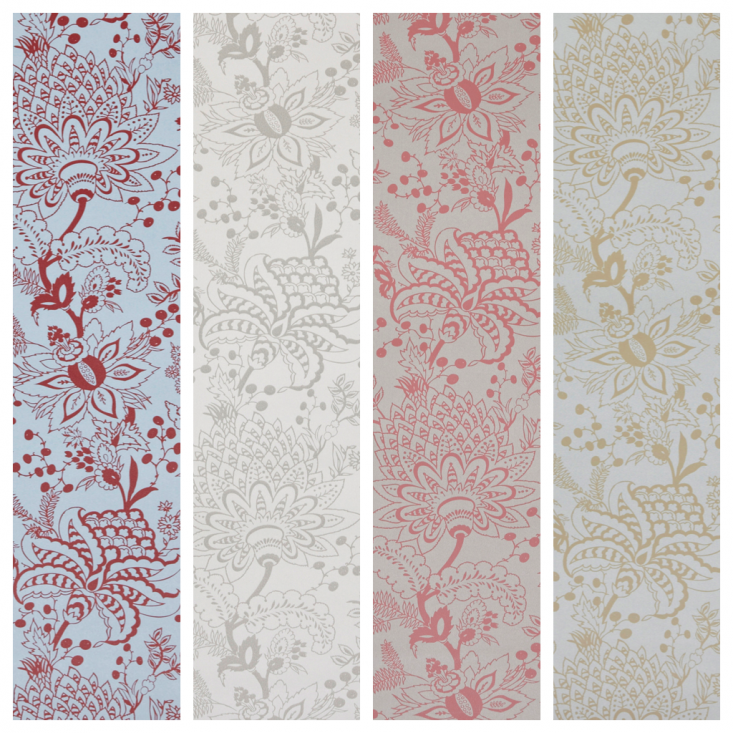 Above: Naar is inspired by Ottoman pomegranate flowers–”a graphic retake on Turkish royal motifs,” say the designers. It’s available as wallpaper in five color ways, four of which are shown here.

Steal This Look: An Attic Bath in a Spectrum of Greens

10 Things Nobody Tells You About the Benefits of Wool