Furniture maker Shin Okuda grew up in Fukuoka, Japan, a town on the southern island of Kyushu, which he traded for Los Angeles in 1998. On arrival in the US, Okuda worked for a sculptor for five years, and honed his machine and design skills along the way. While helping to curate shows at LA design gallery Iko Iko, Okuda began crafting wooden display pieces and, by demand, more and more furniture. Waka Waka, his line of hand-build designs takes its name from the song “Coffin for Head of State” by Nigerian artist Fela Kuti: “I waka waka waka–I go many places,” an idea he relates to and envisions for his furniture.

Okuda says Waka Waka is “defined by mystery, simplicity, minimalism, and balance.” It’s also influenced by his roots: “Growing up in Japan, temple architecture is intrinsic. It’s a very solid, simple building structure with a formal vocabulary that is used over and over again in the joinery, the entrance points, the altars.”  For more information, visit Waka Waka online and check out Iko Iko’s Waka Waka display currently at the Hammer Museum’s Arts ReStore LA initiative. 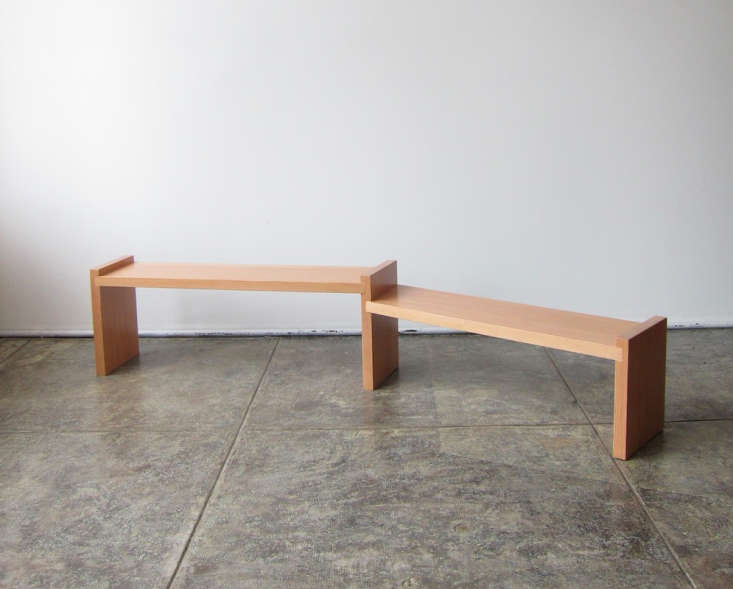 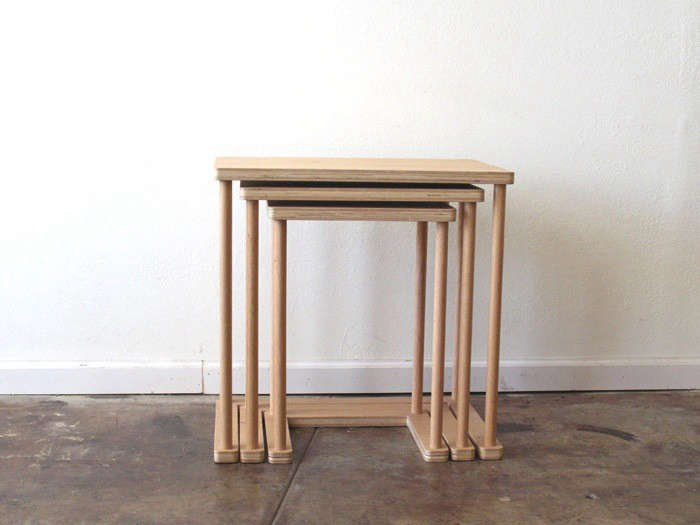 Above: A set of small, medium, and large Square Nesting Tables made from oak plywood and oak dowels are like tiny altars stacked on one another; $750 from Iko Iko. 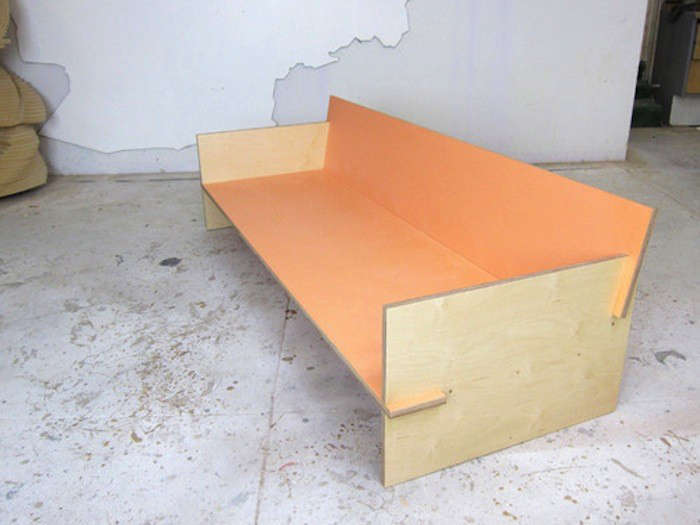 Above: The Colorblock Sofa has a low sunken seat made from Baltic birch plywood, hand finished and painted a cantaloupe orange. 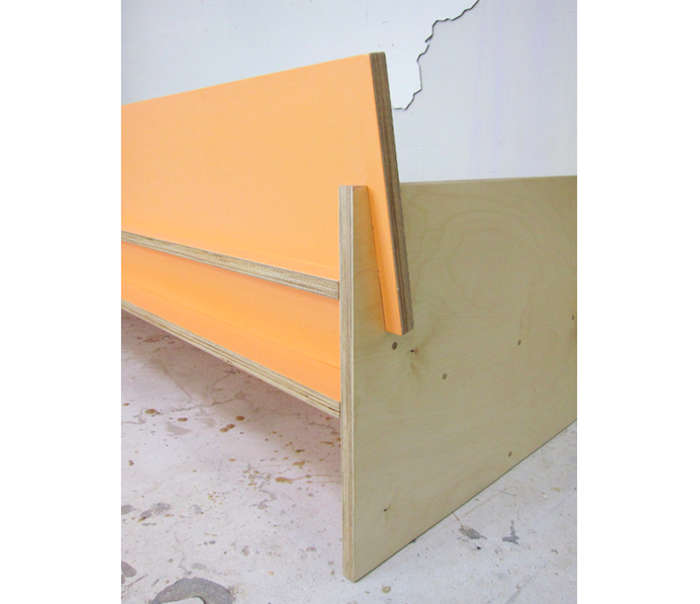 Above: Two-tone color is carried over to the back of the bench. 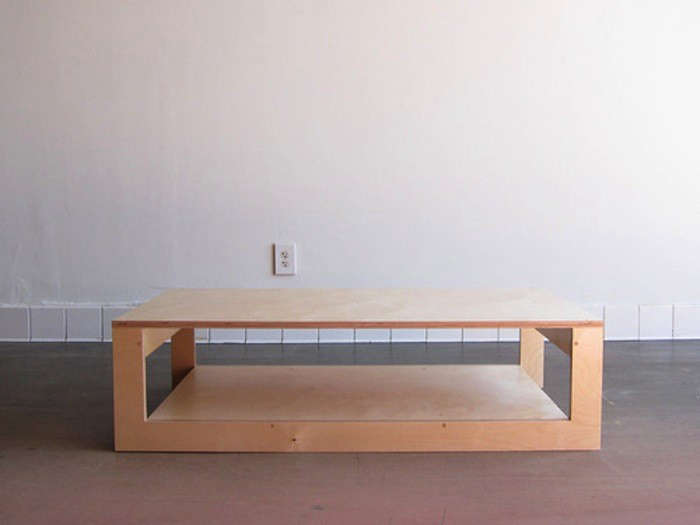 Above: A custom coffee table made from birch plywood for a private residence. 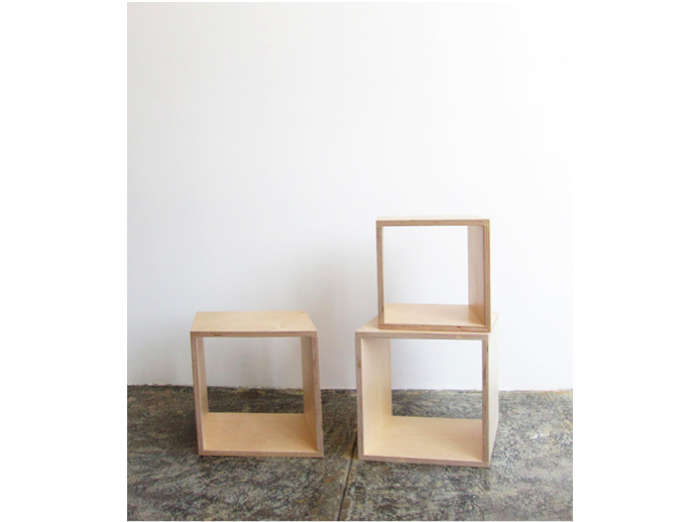 Above: Parallelogram Boxes have a slight tweak to the planes and are meant to be used as modular shelving, stools, or bookcases. Made from Baltic birch, the boxes are $250 at Iko Iko.

In collaboration with: Finding the Right Living Room Mix

The Marimekko of Japan

Steal This Look: A Creative Studio Kitchen in a London Showroom