We’ve been admiring the work of Messana O’Rorke for a while now; this weekend, the firm is on call to answer your questions about the firm’s adaptive reuse of a water tower in New York city for a client who wanted a “room to get away from it all.” For the next 48 hours, Messana is available to answer your queries; leave your questions in the comments section below.

Film director Danny Boyle’s opening ceremony at the Olympics last week showcased the Brits and their consistently quirky approach to life. As a displaced Brit in New York, Messana O’Rorke’s client reflected this national characteristic when he took a slightly different view to the increase of his personal space after purchasing the rights to a water tower for 99 years on the roof of his downtown apartment. Instead of filling the space with programmatic requirements, he eschewed proverbial real estate wisdom and instructed the New York based firm (a member of the Remodelista Architect/Designer Directory) to create a void; ostensibly an empty space for reading, relaxing and listening to music. This romantic water tower to man cave transformation certainly has us convinced about the merits of looking at life a little differently. 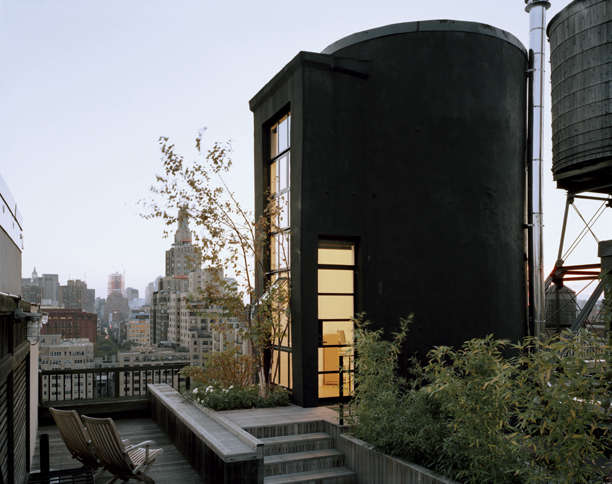 Above: The water tower on the client’s roof deck has been transformed into an urban tree house perched high in a city of towers and skyscrapers. 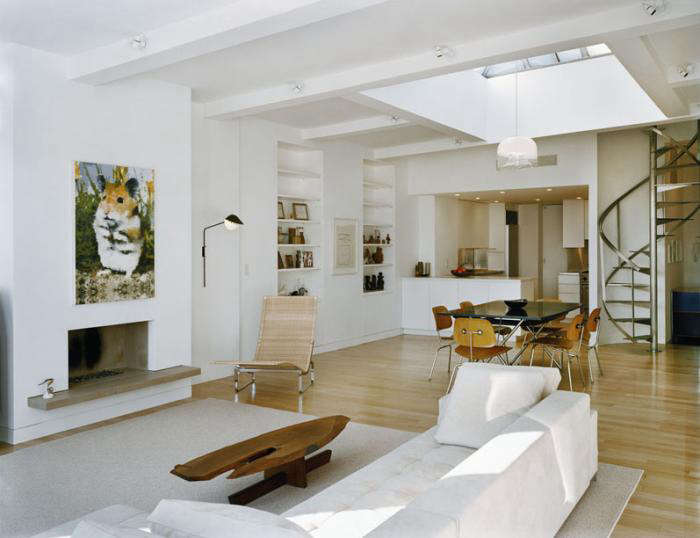 Above: While the project started as a renovation of a 5-by-8-foot bathroom, the scope increased to renovating the entire apartment. 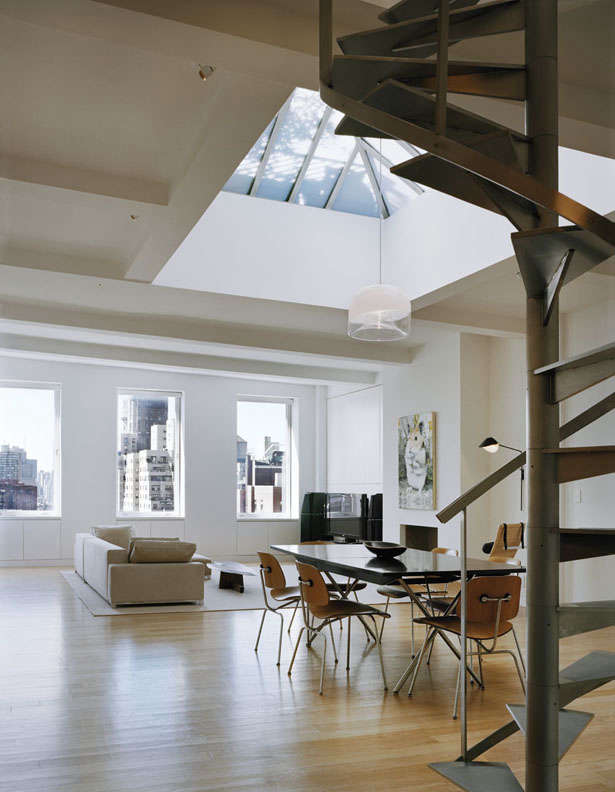 Above: The client anticipated that a new stair would encourage him to ascend more frequently to his roof deck and Tank House. A custom stainless steel spiral stair replaced an existing painted steel stair with wood treads. 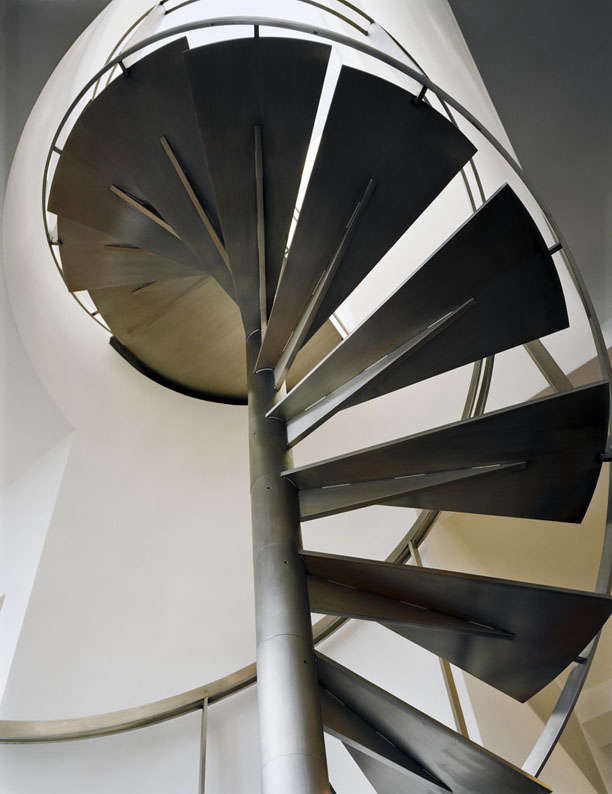 Above: A prelude of what is yet to come, the form of the stainless steel stair is evocative of New York’s iconic water tower structures that dot the city’s skyscape. 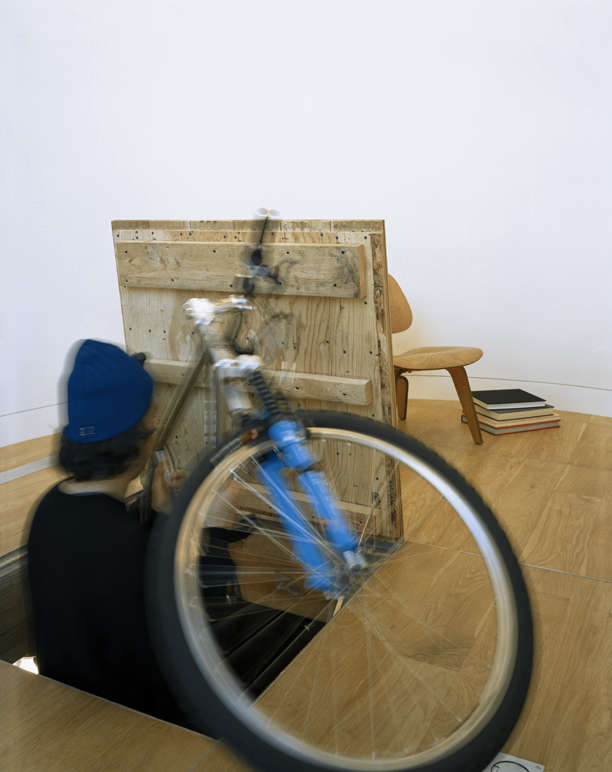 Above: The maple floor in Tank House matches the existing apartment and was segmented into removable panels providing access to storage space below. 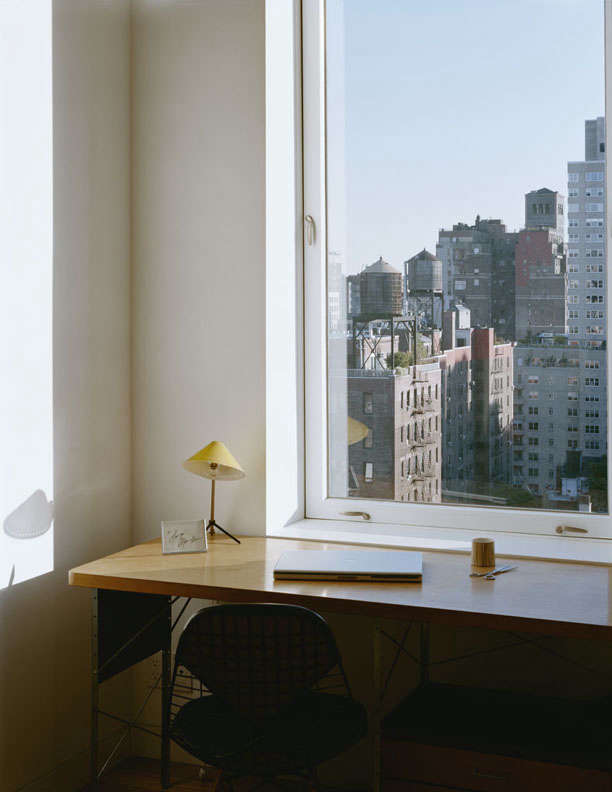 Above: A view of the the downtown landscape from the office. 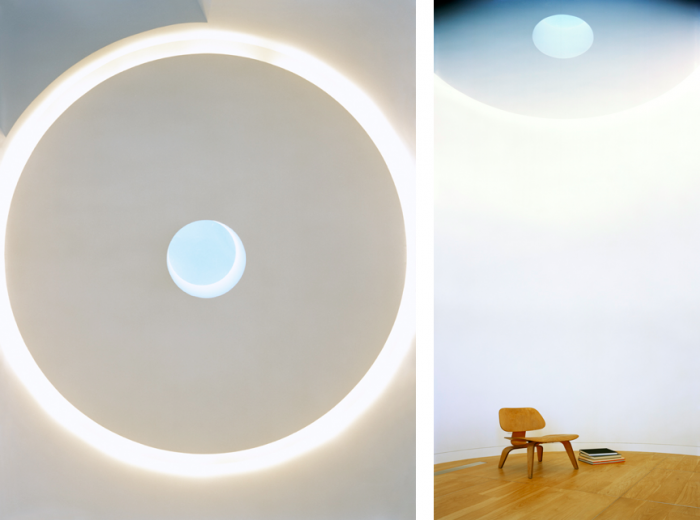 Above: Great admirers of the light and space artist James Turrell, the architects created an ambient oculus by pulling the walls away from the ceiling. 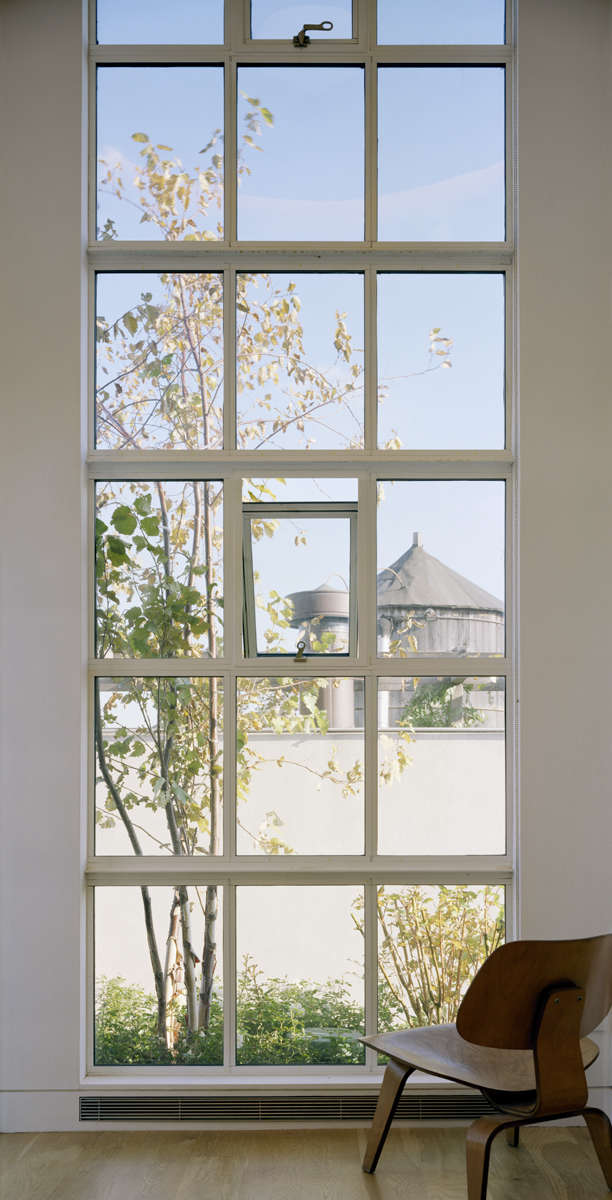 Above: A 12-foot-tall window was cut into the east side of the space and the new window looks out onto the roof deck plantings. An avid reader, the client now has a room that is conducive to quiet activities such as contemplation and urban star gazing. 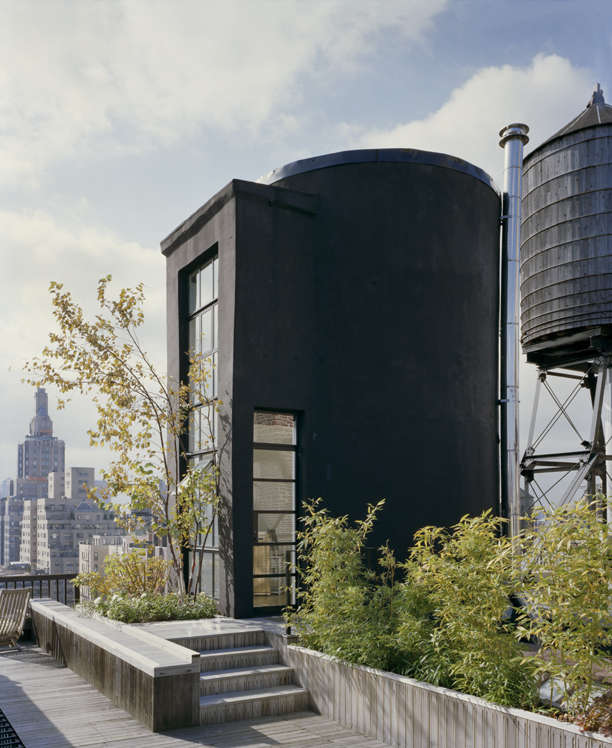 Above: For years, the tar-covered terra cotta rotunda, which held an enormous cast iron sprinkler tank, had sat disused on the roof deck. Removing the tank and introducing a new structural frame to support the rotunda’s crumbling terra cotta walls were the greatest challenges of this project. The building was shored up by an external wood frame and the tank was slowly cut into manageable pieces with blowtorches. Once removed, the true proportions of the four-story internal space were revealed. 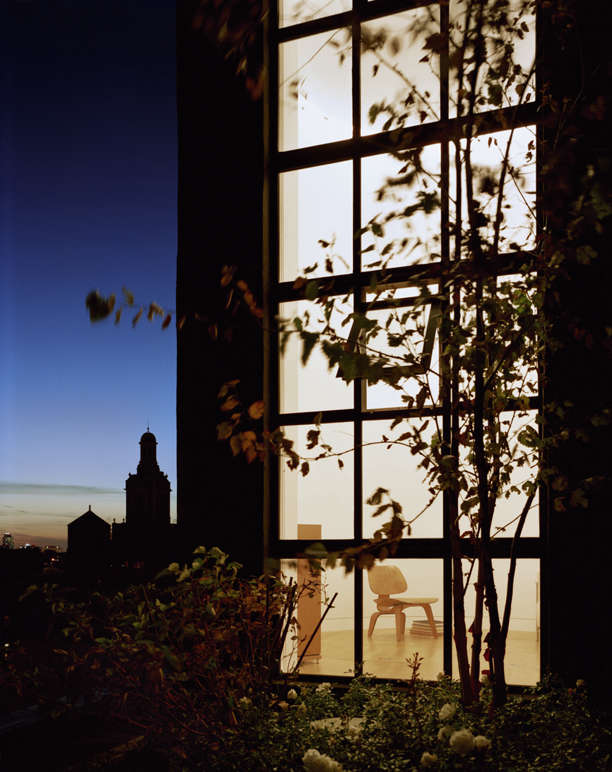 Above: At night, the Tank House provides a cozy retreat from the bright lights of New York city. 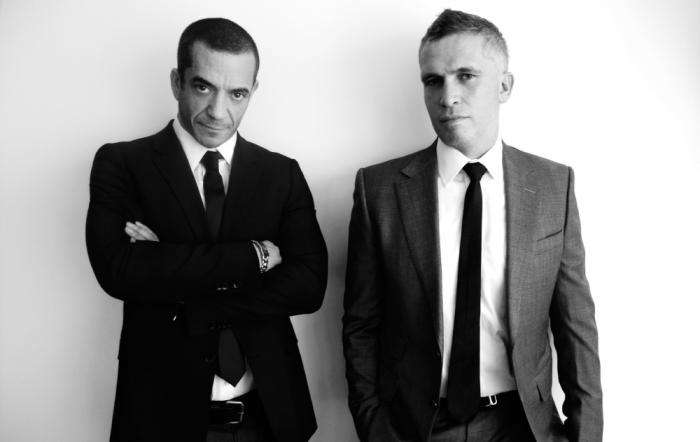 N.B. For more Up on the Roof inspiration, see 53 images of Roof Gardens in our Gallery of rooms and spaces.

5 Essentials for the Retro Camper