Susan Hoff’s live/work space occupies two small rooms (a total of 502 square feet) in a nondescript two-story building that she shares with three other artists and a dance studio. Having grown up restoring a 19th-century farm with her family in Illinois, she was equipped to build a sense of comfort and personality into her unorthodox rental in San Francisco’s Mission District, where she handcrafts tote bags made from retired sails and spent horse tack. Let’s take a look.

Photography by Dalilah Arja for Remodelista. 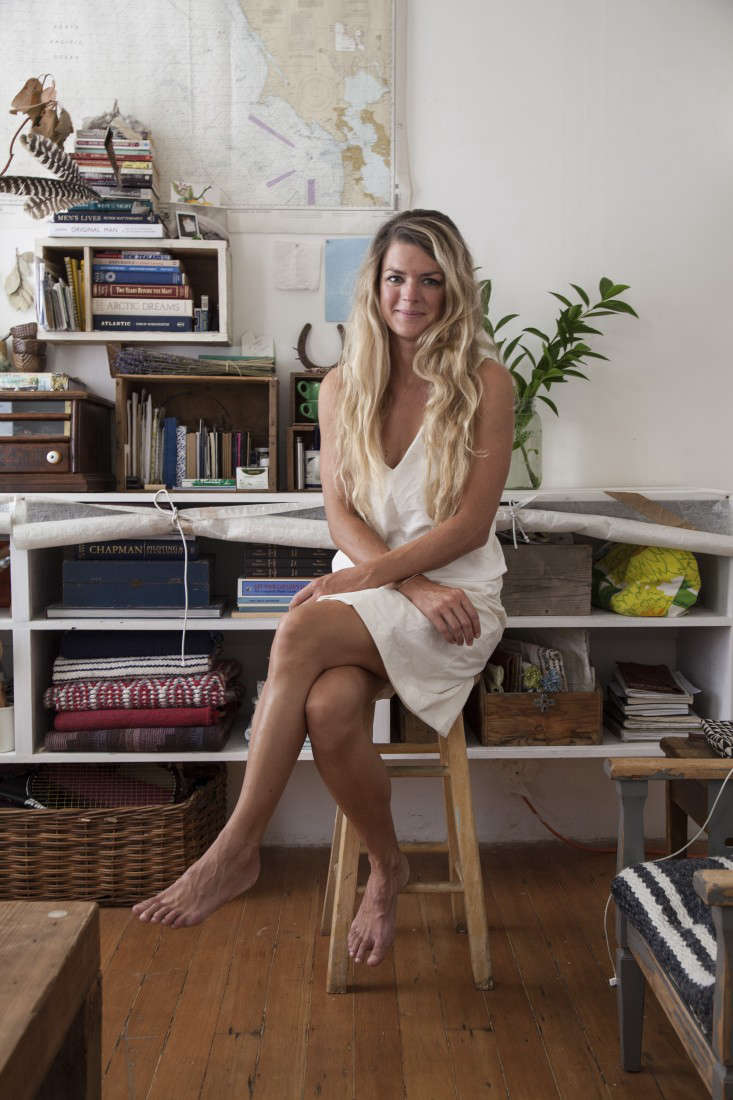 Above: Susan spent her childhood horseback riding on her grandparents’ farm in Illinois. In college, she took up sailing and spent a semester on a schooner in the Caribbean as a part of a Sea Education Association program. She studied art at Colorado College, where she picked up her sewing skills. The bags, her most recent venture, “are a marriage of the two biggest passions in my life, sailing and horseback riding.”

Before arriving in San Francisco in 2010, Susan found her live/work quarters on Craigslist. An uncommon occurrence in today’s impacted rental market, Susan signed the lease on her first day in the city. “Originally I only rented half of the studio space; enough room for a small sewing table and a stack of sails,” Susan says. Since then, she’s also rented an additional room as her living quarters. 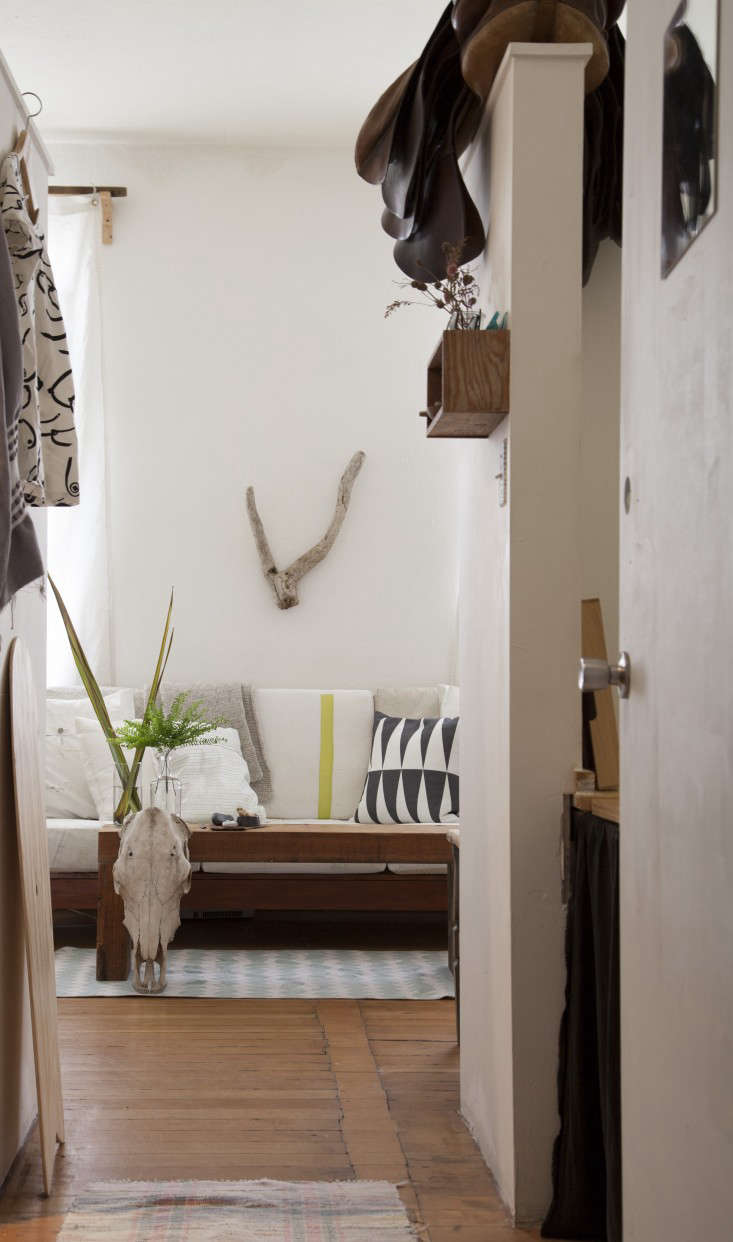 Above: Down the hall from her workspace, and directly across from the dance studio, Susan’s 238-square-foot bedroom is a calm respite in the middle of a communal building. The community kitchen and bathroom are next door. 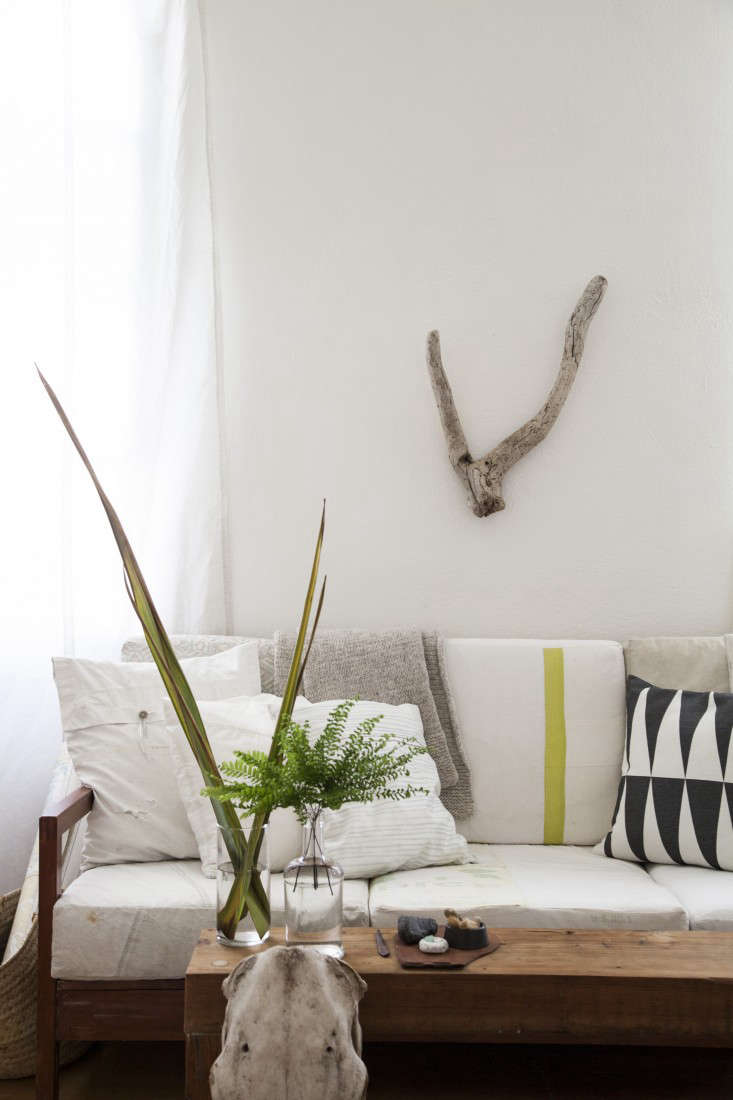 Above: A 10-foot-wide area next to Susan’s bed serves as the living room. Like most things in her space, the sofa cushions and pillow covers are Susan’s own creations and are made out of sail cloth. 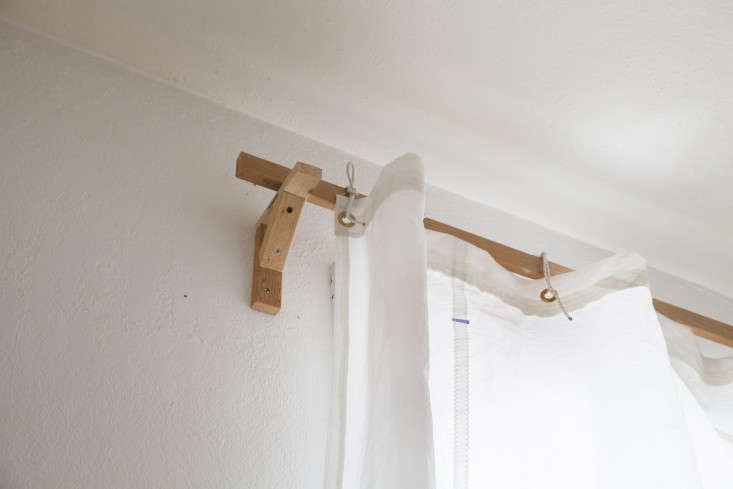 Above: Susan used boat rope to secure an old sail as the curtain in her bedroom which creates a soft, diffused light. She made the bracket and dowel from spare wood she had lying around. 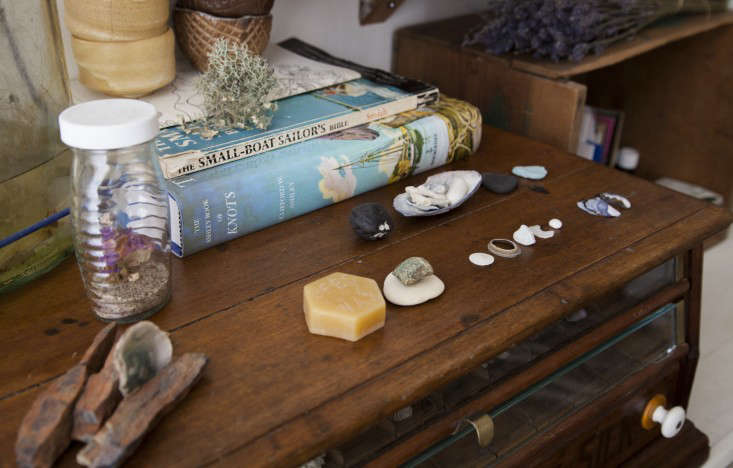 Above: Seashells and surfboard wax sit neatly on an antique credenza. 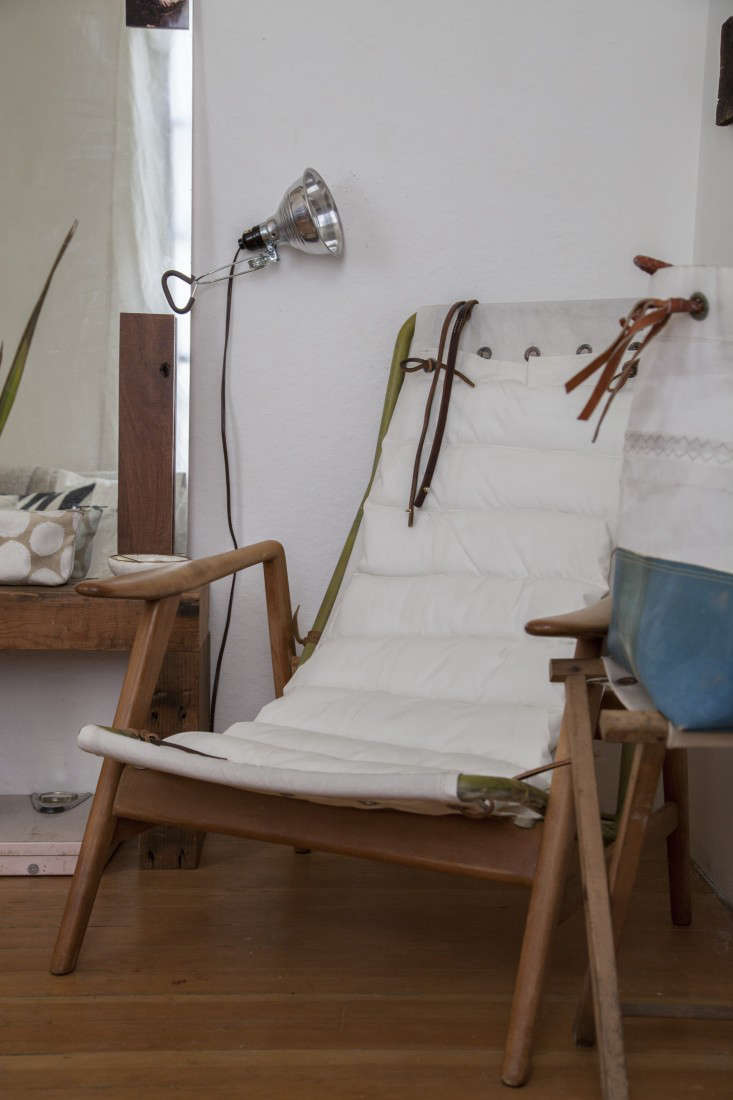 Above: Another sail cushion made by Susan tops a midcentury teak recliner. 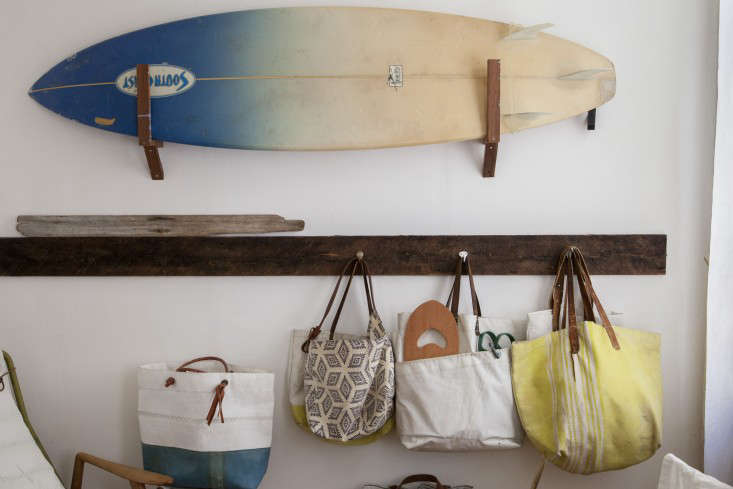 Above: Next to the sofa, a surfboard and tote bags made by Susan are stored on a wall. 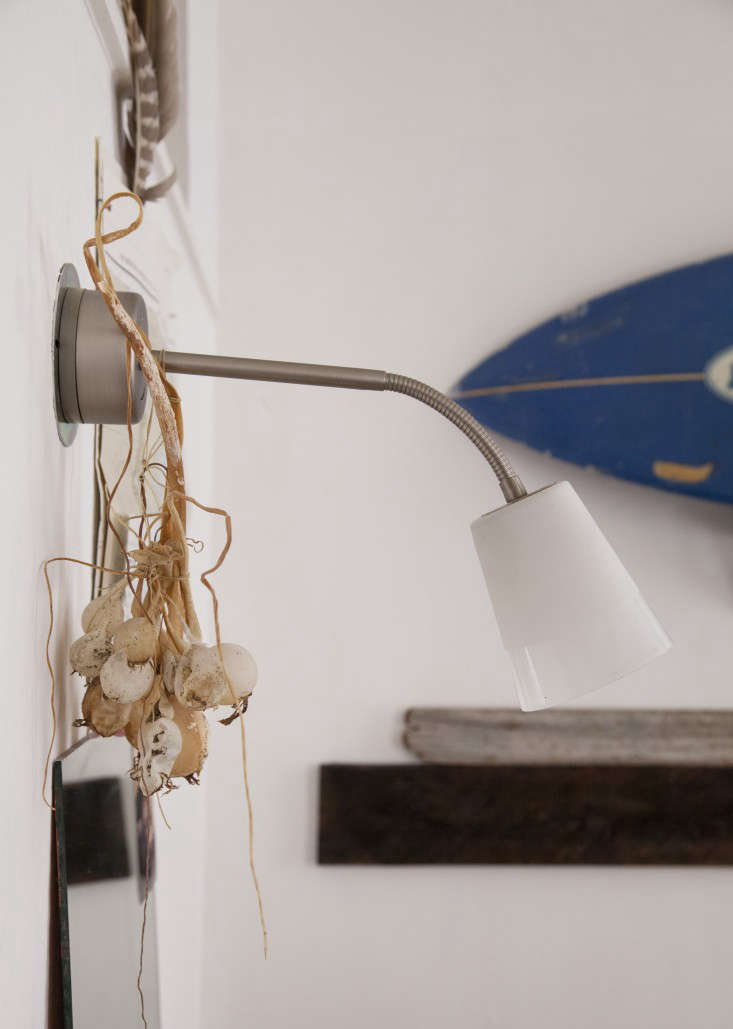 Above: A bundle of dried seaweed hangs from a simple sconce. 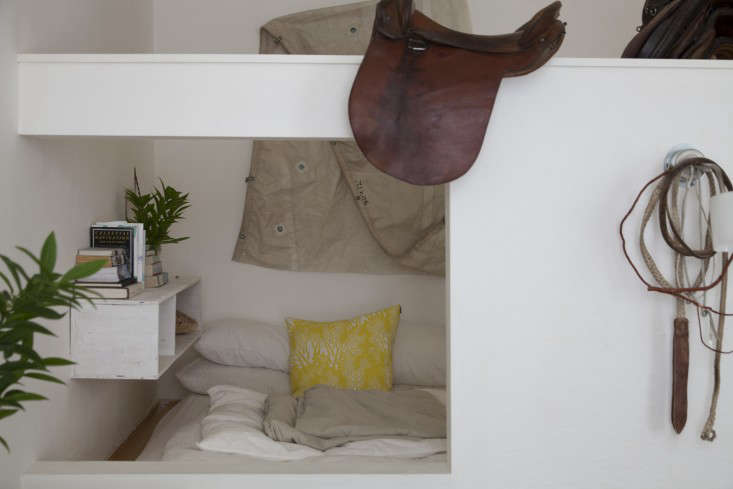 Above: An architect who had previously occupied the bedroom built a corner nook to separate the bed from the living area. 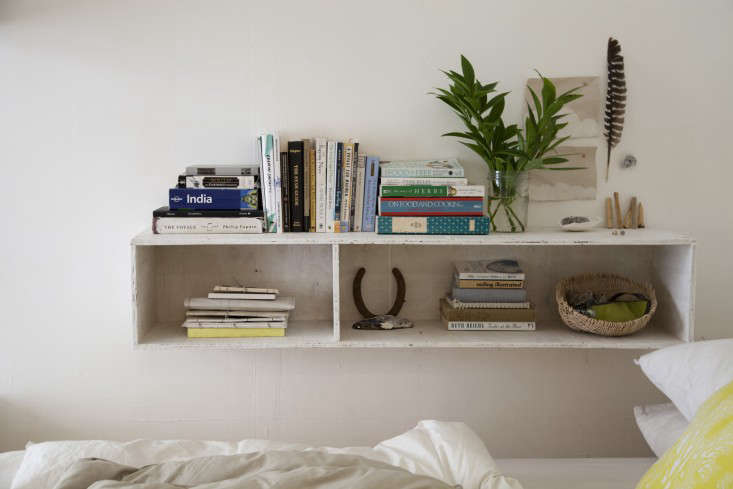 Above: Books and souvenirs from Susan’s travels are perched on a shelf in the nook. 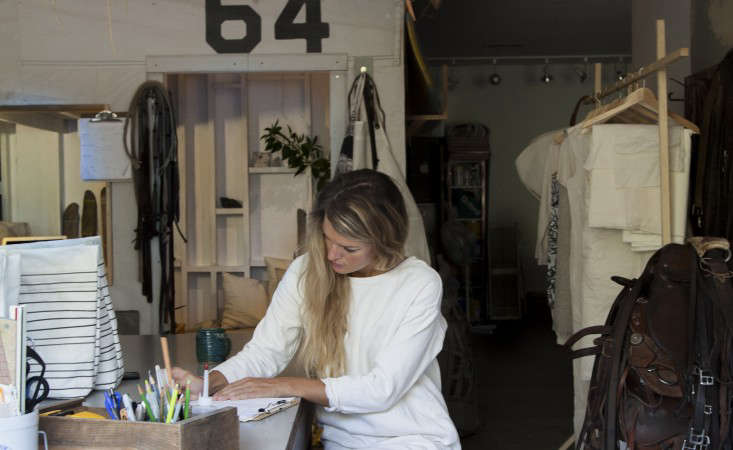 Above: In the 264-square-foot studio a few steps from her bedroom, Susan is a one-woman band: She executes everything from drafting and cutting patterns to sewing each bag in this space. Go to Susan Hoff to see her designs. 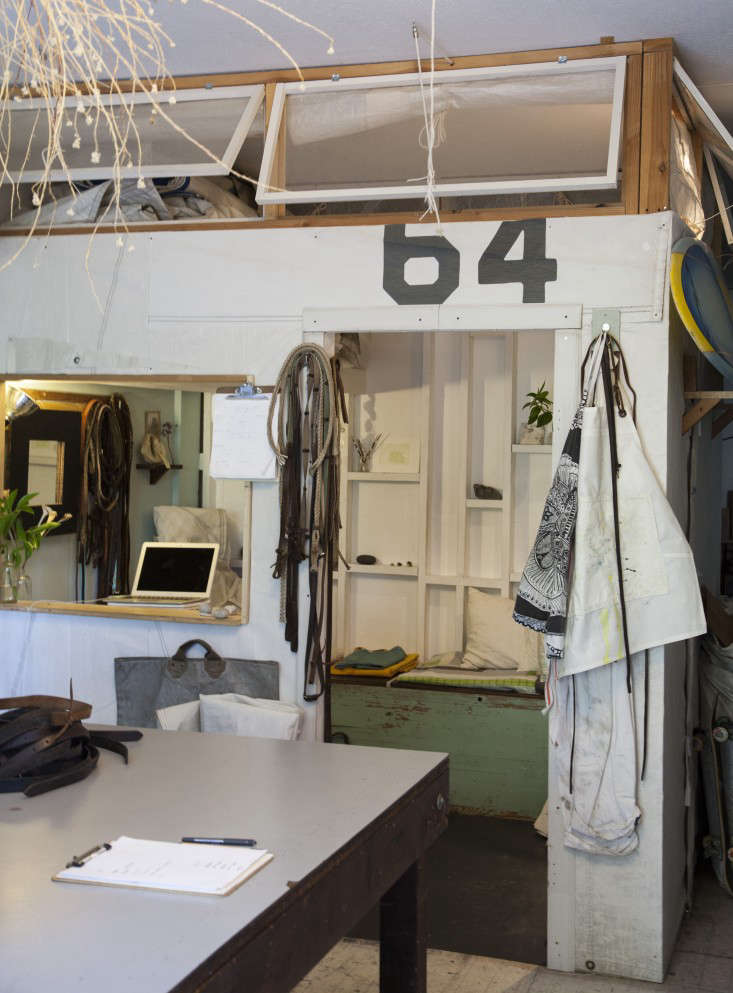 Above: When Susan first moved in five years ago, she only rented the studio space, so she built a tiny loft where she slept. It’s now her storage area. 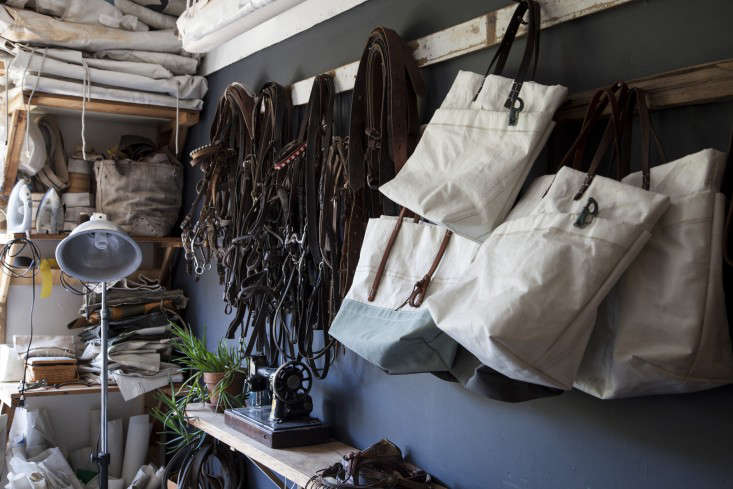 Above: Susan’s bags and layers of horse tack that will eventually become tote handles hang along a gray wall. 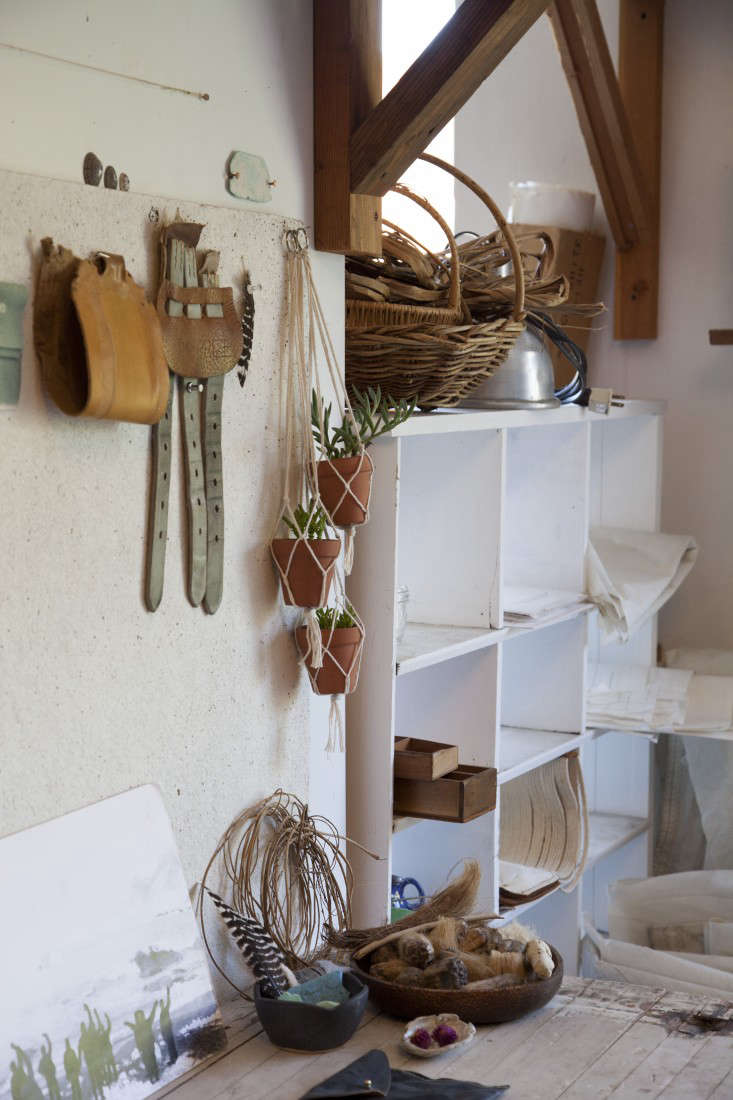 Above: Opposite the gray wall, sewing patterns and extra materials are stored in a cube shelf that doubles as a divider separating Susan’s space from the artist’s studio next door. 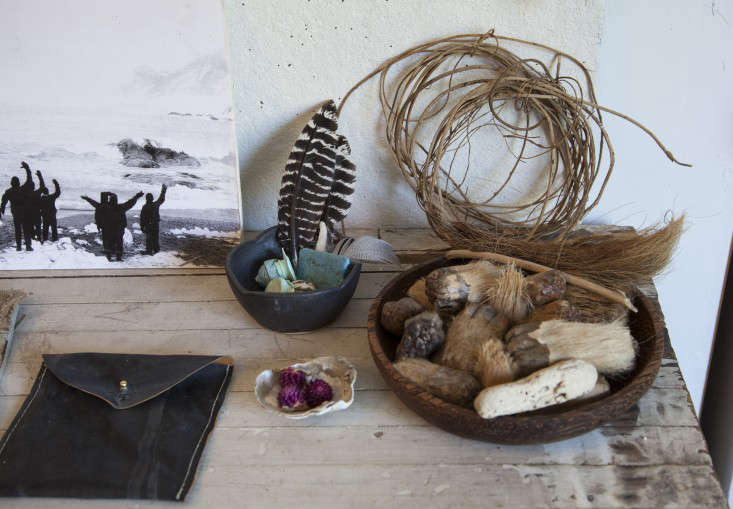 Above: A beachy vignette.

Kitchen of the Week: A New Zealand Blogger's $600 DIY Remodel

Hooked on a Ruin: A Remote Barn Conversion in Rural Iceland