Parisian ceramicist Cécile Daladier throws four parties every year: one per season, and each with its own theme. A while back, Daladier, her partner Nicolas Soulier, and their friend Lucile Demory found themselves shucking 350 oysters and pouring white wine for their “White and Mother-of-Pearl” dinner party.

Daladier felt the theme was nicely aligned with her ceramics, so she designed pieces just for the event (the parties are an understated way for her to showcase new work and connect with old and new friends). First, she molded oyster shells in clay and glazed them in an opaque white. Then, drawing inspiration from rustic cheese boards, Daladier designed flat slab ceramics for her homemade loaves of bread. Her son knows a fisherman in Normandy, and a friend drove from Paris to fetch several bushels of oysters the day of the party. Daladier, Soulier, and Demory shucked the oysters, finishing the task moments before the guests arrived. As Demory says, “You can’t open them too early, otherwise they’ll dry out, so it’s a lot of last-minute work.” In addition to the oysters, the menu included white and opalescent fare: brie, white wine, yogurt ice cream, and rice pudding.

If you’re like us and dream of re-creating this look, see how Daladier threw the party together and some of the key sources below. For more of her work, go to At Home with an Artful Couple in the South of Paris, Flower Arranging á la Parisienne, and A Ceramicist and Architect in Paris. 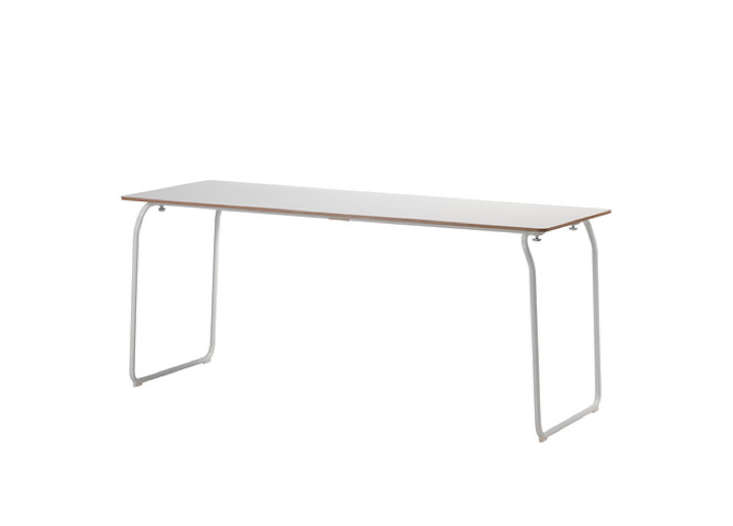 This post is an update; the original ran on October 16, 2012, as part of our West Marin and Beyond issue.

Beautiful Basics: The Brass Light Switch and More by Meljac

Steal This Look: Playful Minimalism in a Parisian Kitchen