Channeling Wes Anderson’s The Life Aquatic mixed with a dash of vintage yacht club, chef Josh Henderson and designer Matthew Parker of the Huxley Wallace Collective have created Westward, a restaurant and oyster bar on Seattle’s Lake Union with views across the water to downtown. The duo relied on a coterie of local designers to finesse the nautical notes. 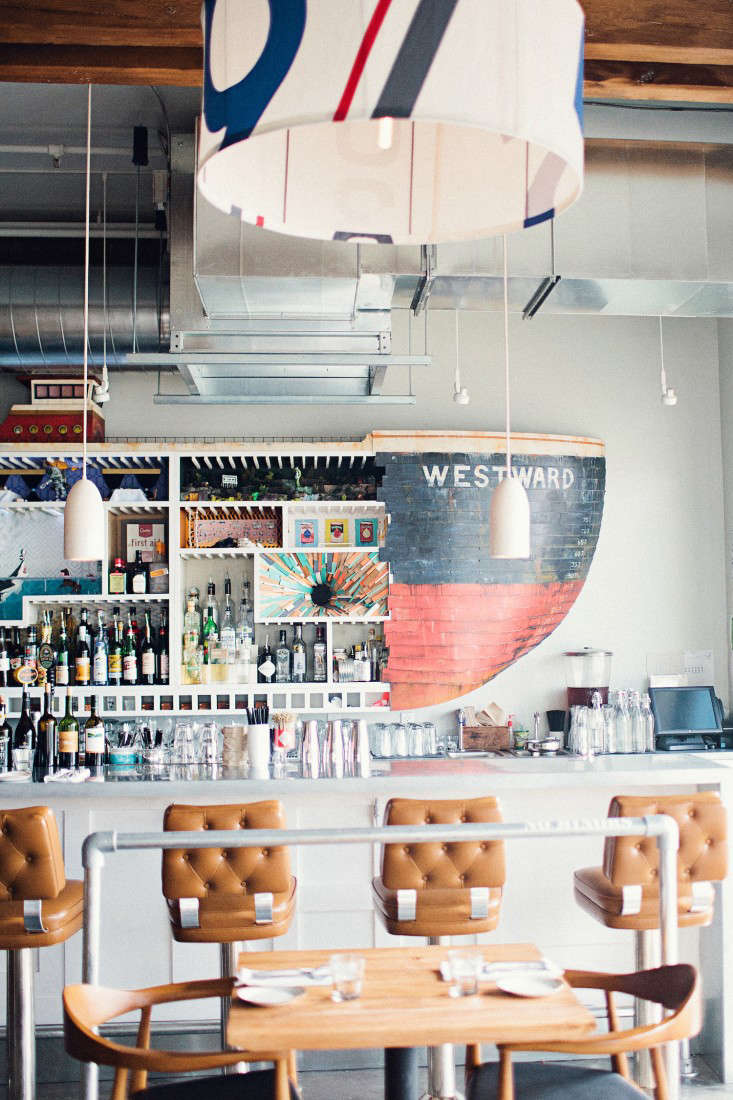 Abvoe: The 25-feet-bar was created from a slice of a ship and anchors (no pun intended) the restaurant. Created by local art fabricators Electric Coffin, several of the compartments are crafted into a quirky diorama. The drum lighting shades are made of recycled sailcloth, and the white ceramic lights in the shape of buoys are from local firm Fleet Objects. 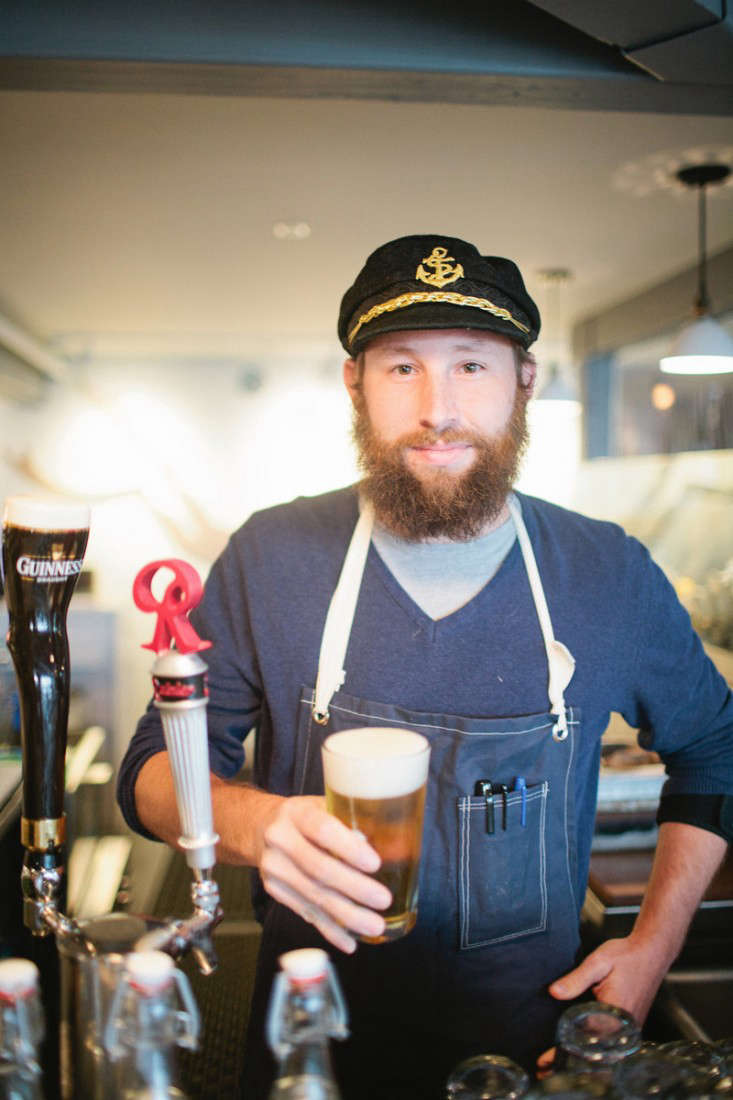 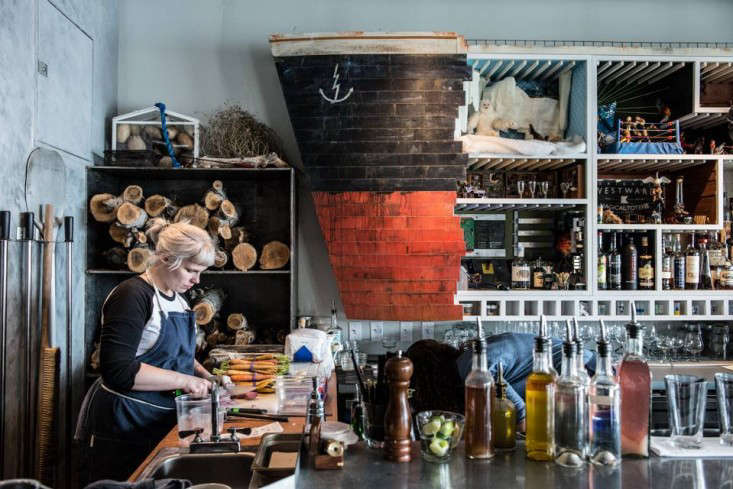 Above: The food served is Northwest-meets-the-Med. 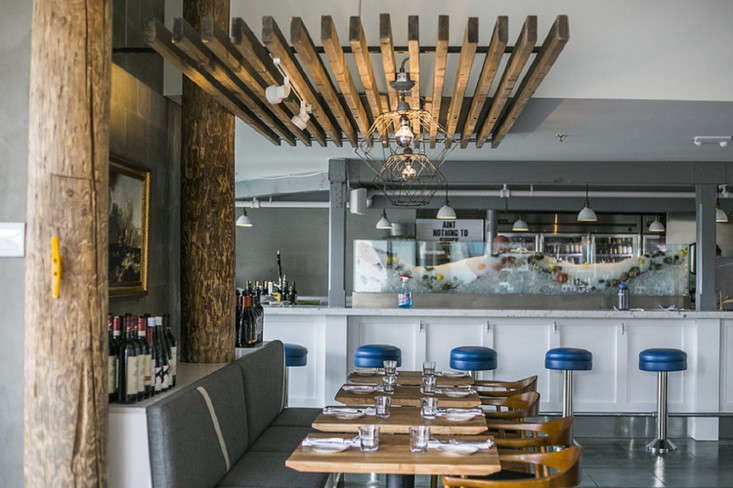 Above: In the oyster bar, pilings are used as pillars with brightly painted cleats for hanging coats. 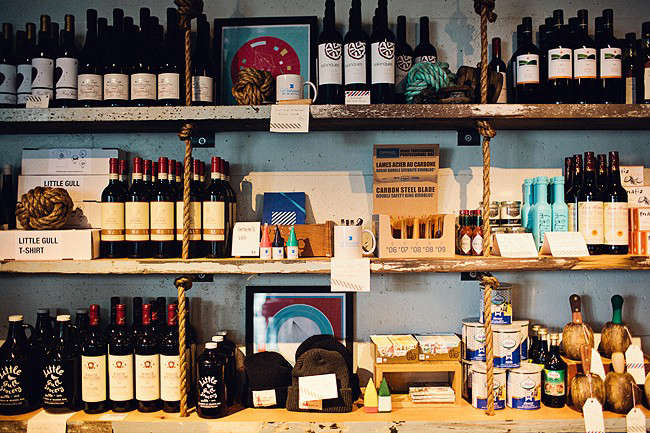 Above: The Little Gull Grocery in the oyster bar has shelving suspended by rope. 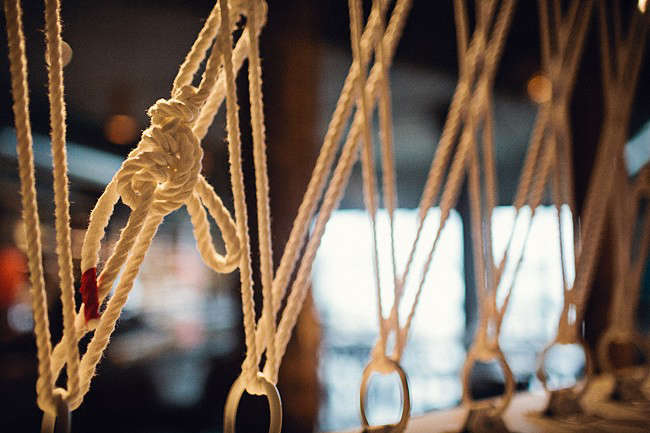 Above: Strung rope serves as a screen of sorts. 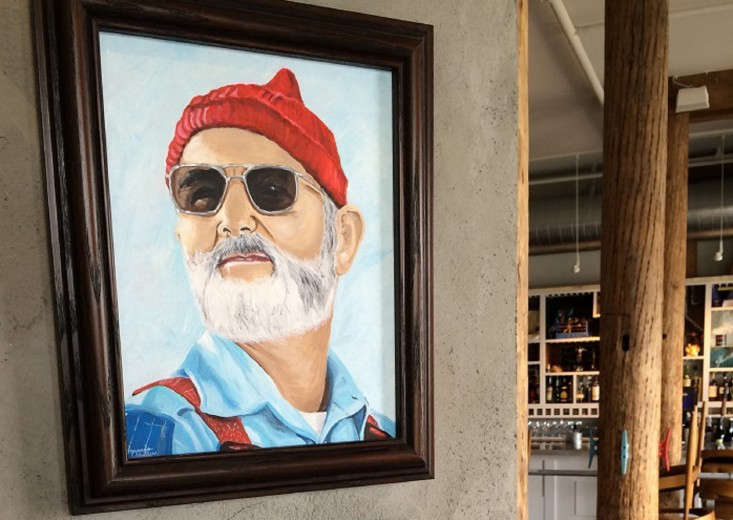 Above: Portraits of various captains in history decorate the restaurant (Captain Kirk and Bill Murray as Captain Steve Zissou, included). 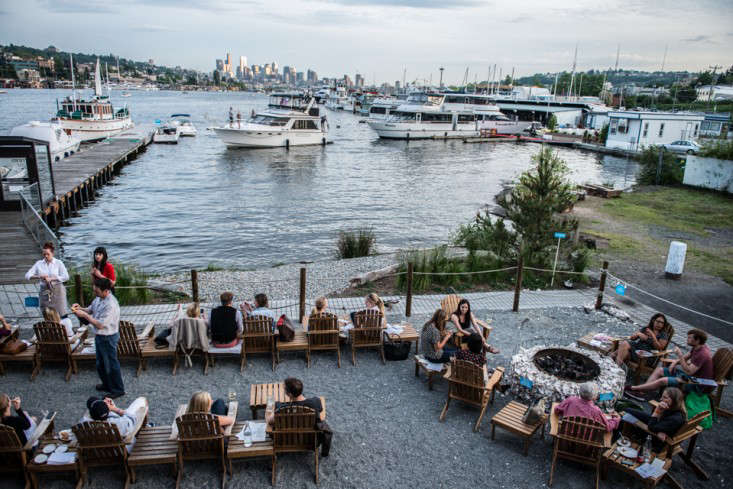 Above: Adirondack chairs line the shore of Lake Union, and diners gather around a large fire pit surrounded by a ring of oyster shells. Downtown Seattle rises in the distance. 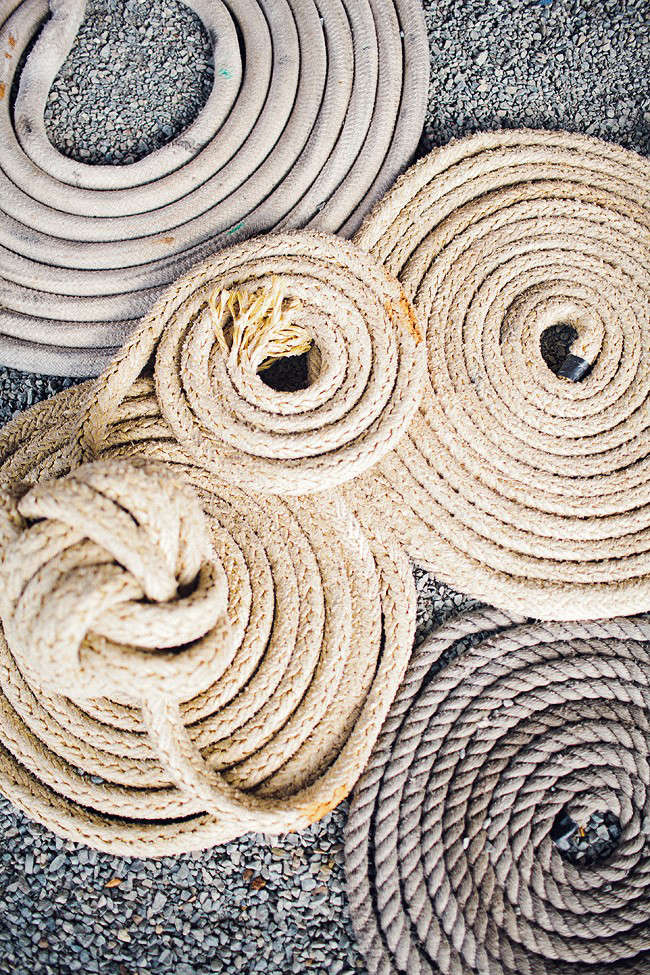 Above: Nautical rope is used as outside decor. 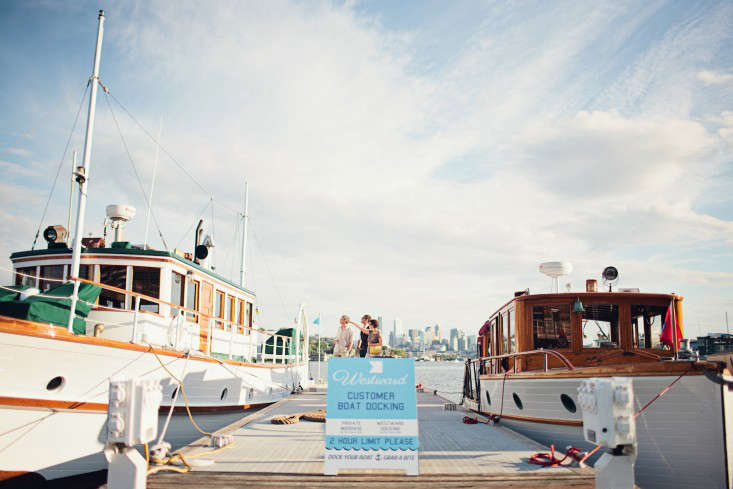 Above: The restaurant has a 150-foot dock for boaters to drop by.

Inspired by the maritime look? See our Steal This Look on another Seattle favorite, The Walrus and the Carpenter.  For more of our Seattle stops, consult our City Guide. And take a look at life on nearby Bainbridge Island in The New Homesteaders.