Drawing on a wealth of solutions gathered on the job, London interiors stylist and writer, Sara Emslie produced Beautifully Small: Clever Ideas for Compact Spaces, a new book out at the end of the month. In the opening chapters, Emslie covers the common issues of living in tight quarters. Then she takes us on a tour of 13 projects spread across Denmark, Sweden, France, and the UK, each tiny and replete with takeaway. “To create a successful small space requires hardworking design and styling ideas, not to mention strict spatial discipline,” she says. “It all comes down to squeezing space out of even the most compact interior through the combination of creative problem solving, clever remodeling, and design interventions.” Join us for a first look at the book: a tour of Emslie’s own 640-square-foot Victorian in London’s Richmond neighborhood. 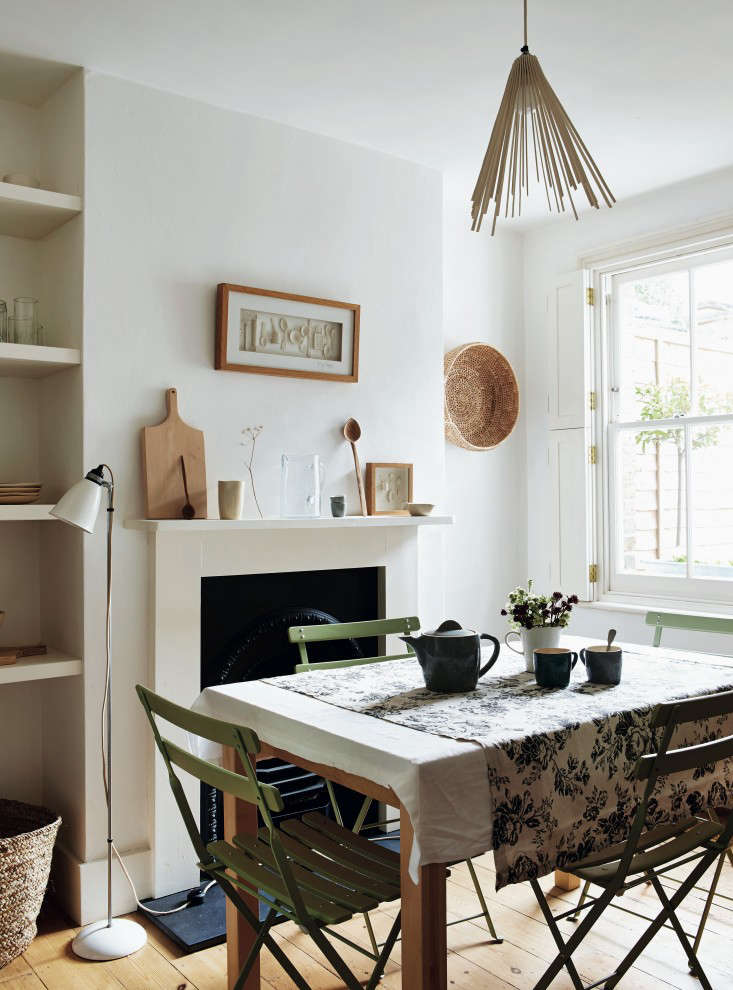 Above: Emslie’s house is a classic 19th-century British “two-up, two-down” (two rooms on two floors). It was originally designed as workers’ housing and each of its four rooms is no larger than 11.5 feet by 11.5 feet. In the dining room, Emslie uses Metal Bistro Chairs to work with the tight scale (and fold up when not in use). Staples that are overspill from her small kitchen are cleverly used as display items on the mantel. 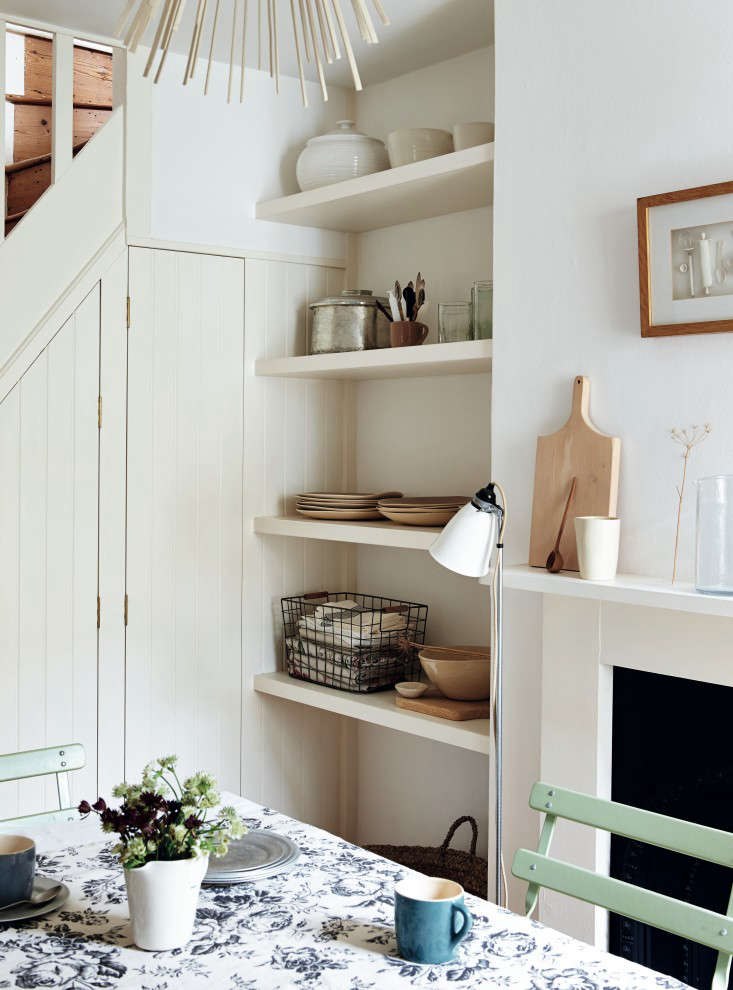 Above: Each of the rooms still has its original cast-iron fireplace. Emslie uses the chimney alcoves for open shelving. 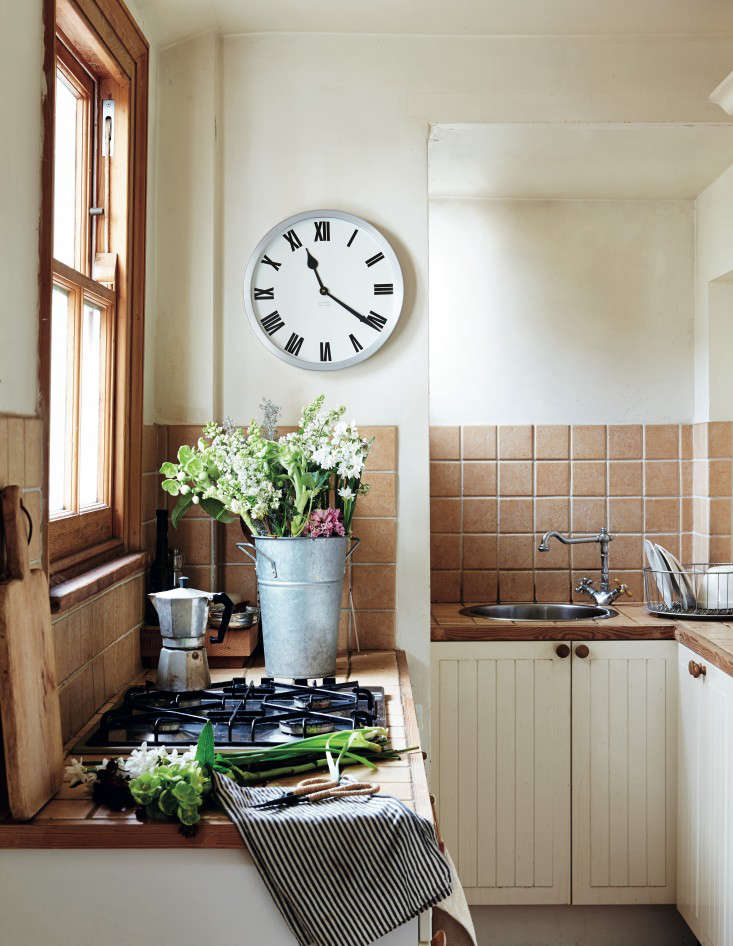 Above: A small extension with an efficient U-Shaped Kitchen was added to the back of the house. 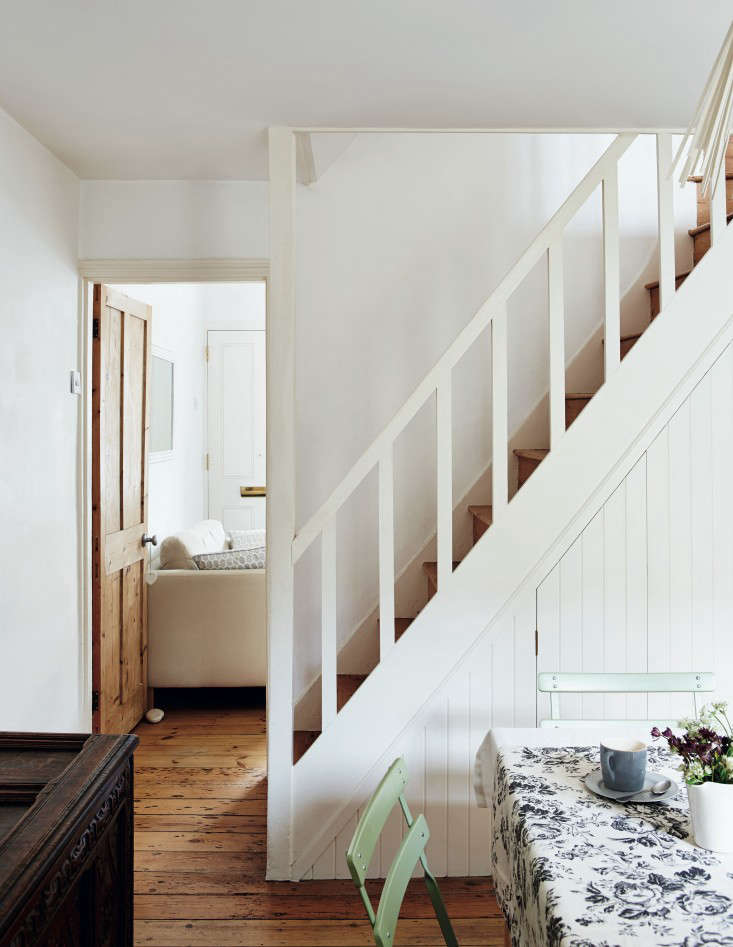 Above: The dining and living rooms are separated by the staircase. Visually, Emslie keeps the space flowing by painting it all the same white. Tongue-and-groove paneling conceals under-the-stair storage cabinets. 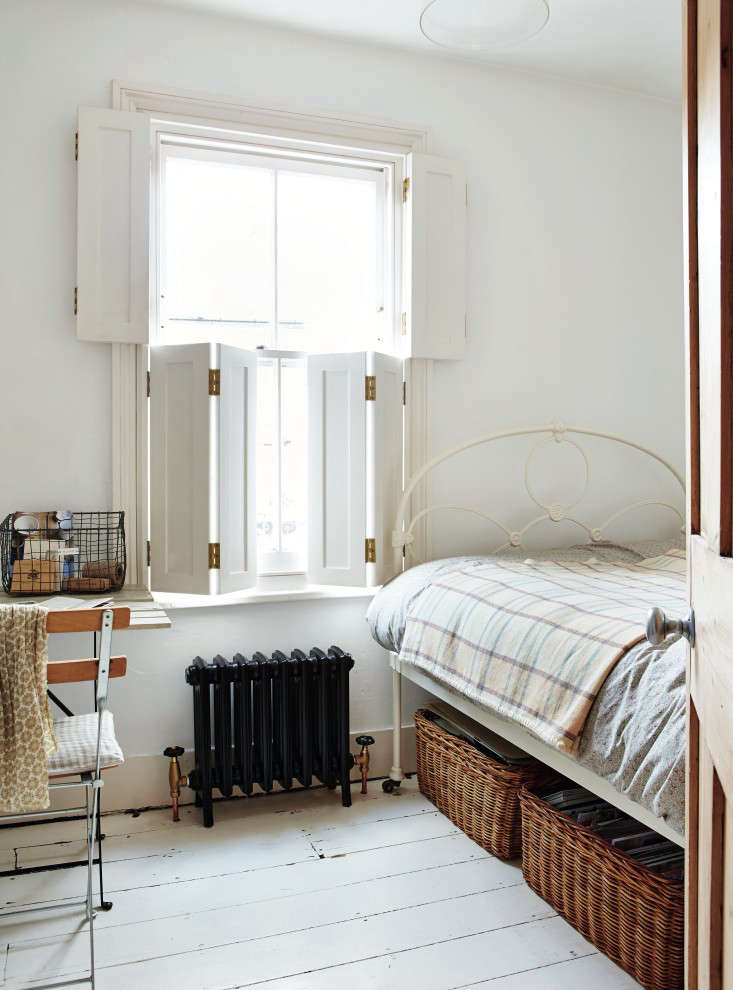 Above: Emslie fitted out all of the windows in the house with wooden shutters in “a classic, understated Shaker style that marries form and function,” she says. The guest room has a dual purpose as a home office. Woven rush baskets tucked under the bed provide attractive storage. 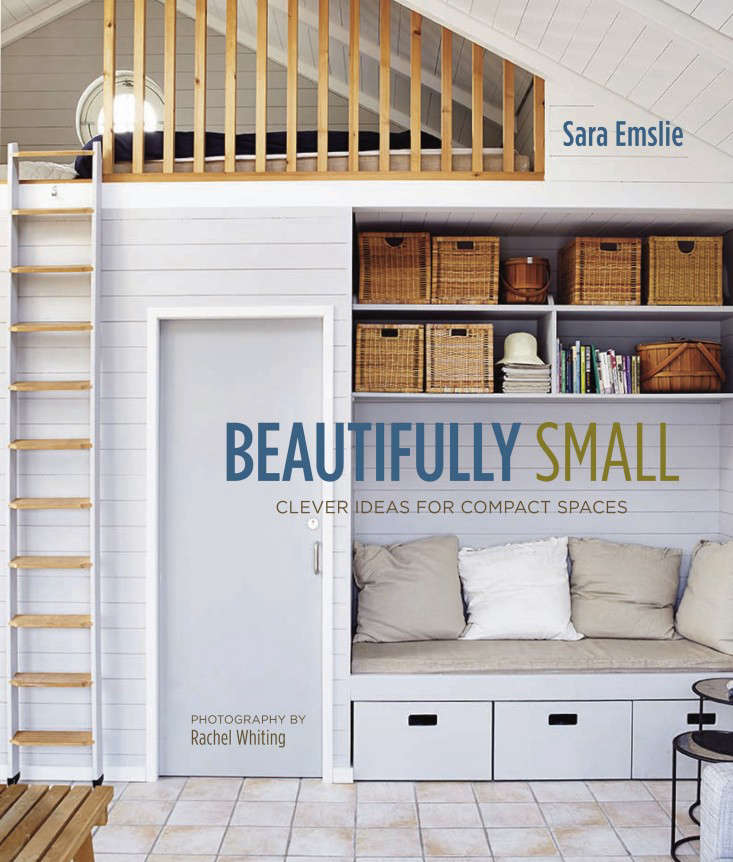 Above: Beautifully Small by Sara Emslie, photographed by Rachel Whiting, will be out from UK publisher Ryland Peters & Small at the end of the month; $29.95. The book is available in the UK through Amazon.

Furnishing your small space and want to incorporate some of Emslie’s ideas? See 10 Easy Pieces: Desks for Small Spaces and Sleep and Stow: Bed Frames with Built-In Storage.

And on Gardenista, Small-Space DIY: Black Wire Hanging Vase brings greenery into even the tightest interior.