Ticking—its name deriving from the Greek word theka, meaning case or covering—has been synonymous with mattresses since fabric was first paired with straw. For a decent night’s sleep, it was imperative that the straw, or feathers if you were lucky, be kept within the confines of a thick, tightly woven fabric to prevent quills and bits of straw from poking through and scratching.

Thus a denim-like twill was woven and then coated in starch, wax, or soap to seal the weave even more tightly. The stripes were uniformly indigo or black, and, like a petticoat, the stiff fabric was meant to do its work beneath softer and more decorative outer layers, never to be exposed to the respectable eye. It wasn’t until quite recently in ticking’s 1,000-year history that it has seen the light of day. The influential American interior decorator Sister Parish is credited with this act of liberation when she mixed chintz with ticking fabric in upscale 1940s sitting rooms. After the raised eyebrows settled, ticking soon gained popularity in more general society. 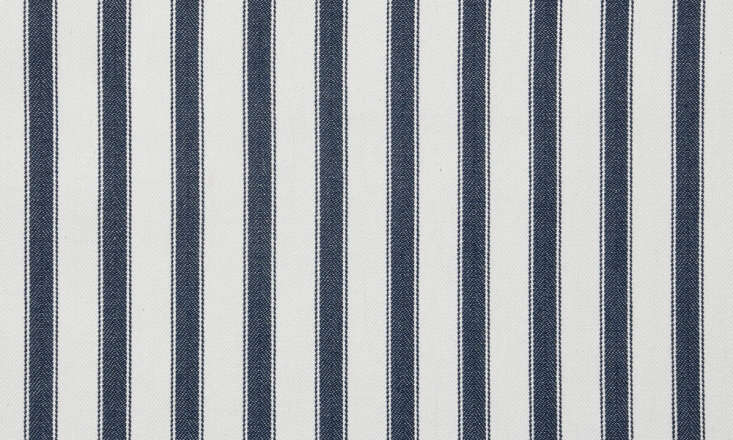 Above: Organic Ticking in Iris, in 60 percent cotton, 40 percent linen. is 137 centimeters wide and available in a variety of colors from UK ticking king Ian Mankin; £29.50 per meter. 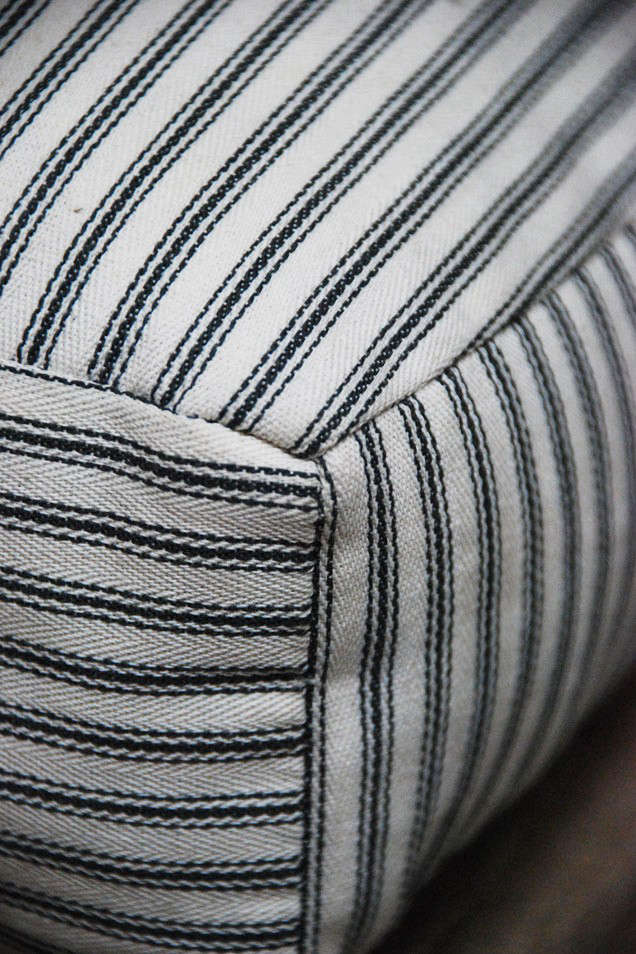 Above: The black stripe and herringbone weave identify this fabric as true ticking twill. It’s part of a collection of ticking available at Howe at 36 Bourne Street in London; go to Howe for more information. 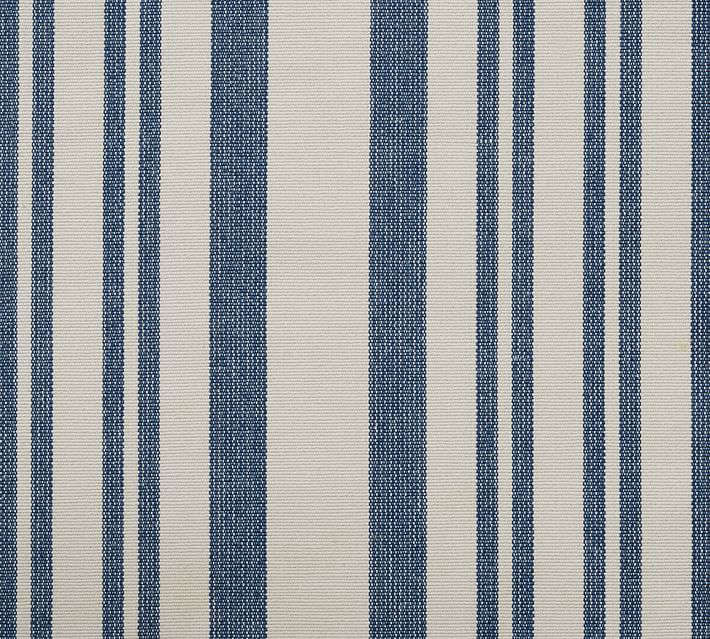 Above: Pottery Barn’s Antique Stripe is available in blue or gray; $40 a yard. 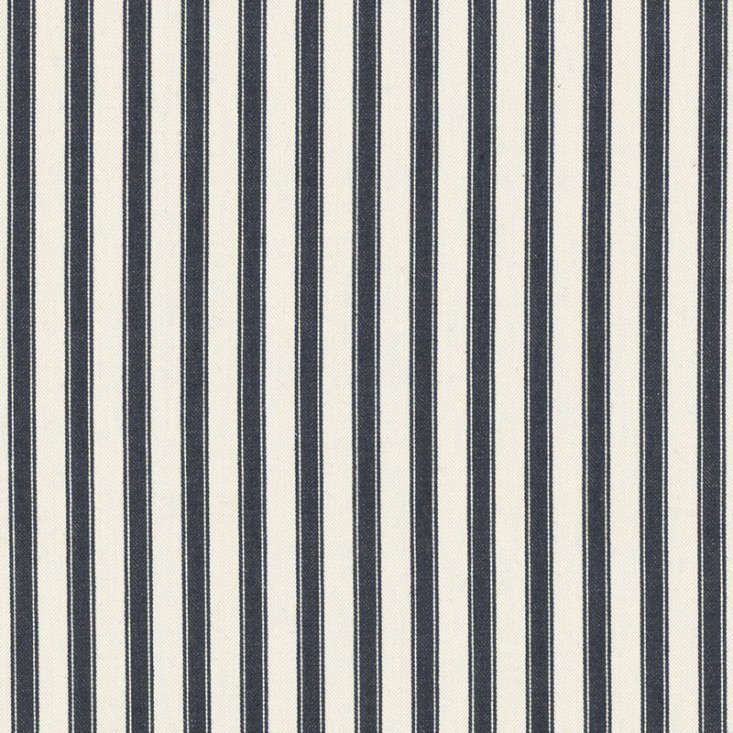 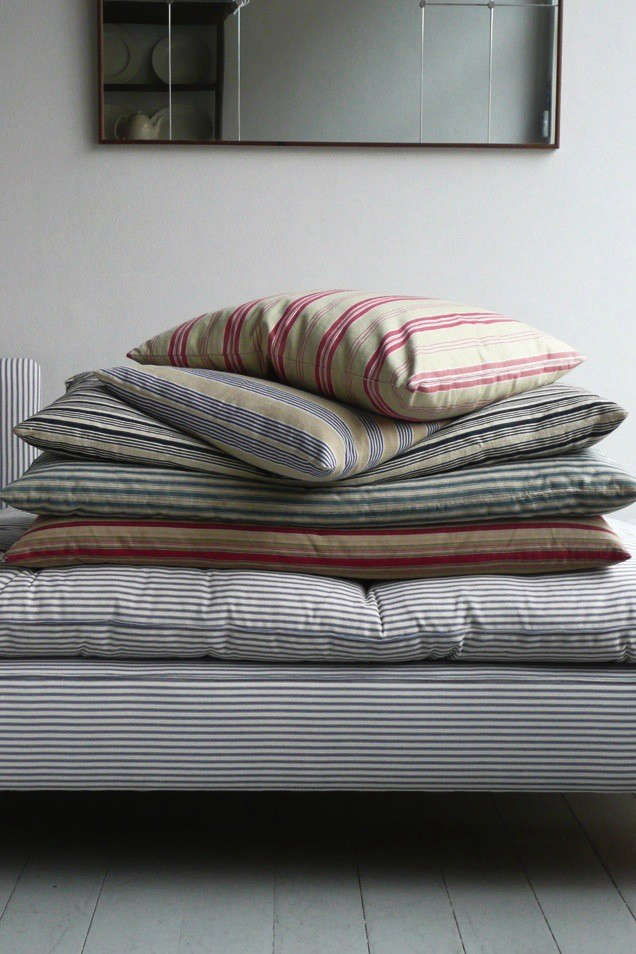 Above: Vintage ticking can be found on Etsy; at flea markets, such as Brimfield, in Massachusetts; and at antiques and design shops, including Marston House, in Wiscasset, Maine, and Howe. Photograph via Howe London.

Object Lessons columnist Megan Wilson is the owner of Ancient Industries and curator of the Remodelista 100 presented in the Remodelista book. Have a look at her past lessons, including The Hudson’s Bay Point Blanket and The Classic Canvas Tote Bag.

Fabric by the Yard – Ticking Stripe

$25.00 USD from Pottery Barn
Fabric by the Yard

More Info from Ralph Lauren
Fabric by the Yard