Before Queen Victoria of England married a German prince, Christmas decoration was a very casual affair: A few branches of evergreen might be brought into the house and hung on the wall or placed on the window ledge, and a sprig of mistletoe might be suspended above a door. But when the young Victoria (whose mother was also German) became queen and started a family of her own, she adopted her husband’s version of Christmas, and the Germans celebrated in a very big way. Famously, an engraving appeared in the Illustrated London News of the young royal family standing around a small decorated tree at Windsor Castle in 1848. The tree was lit and densely decorated with glass baubles. The British population saw it, gasped with awe, and that, as they say, was that.

A glassworks had been established in the German town of Lauscha for about 250 years by the time Victoria married Albert. It produced flasks, bowls, and even the first artificial glass eyes prior to making glass ornaments for the Christmas tree. These were blown into clay molds and “silvered” on the inside before being painted on the outside. The earliest shapes were fruits and nuts, then pinecones, vegetables, and animals. This tradition spread further afield as the German borders changed after the Second World War, and today these ornaments are as likely to be made in Poland as they are in Germany. There are now such a variety of shapes available (at dramatically different prices) that we decided to focus on the birds and beasts that are still made in their traditional shapes. Here are some favorites. 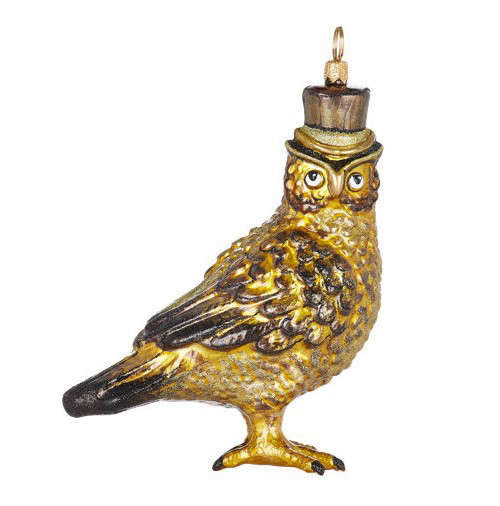 Above: The Owl Ornament, made in Poland of glass with resin feet, is approximately 6.75 inches high from top hat to toe. It’s $82 at Barneys; 25 percent of the proceeds are donated to Room to Read, an organization dedicated to promoting literacy. 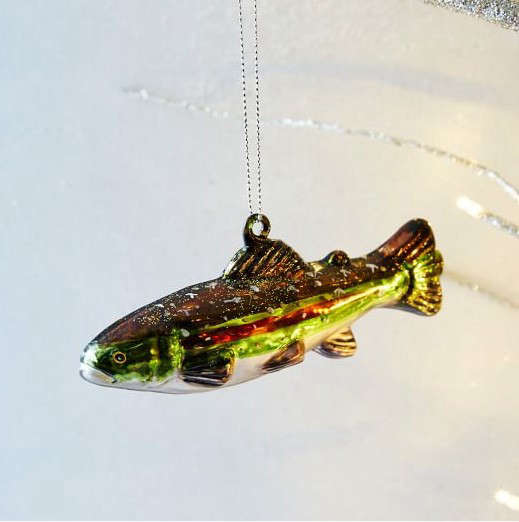 Above: A 4.5-inch-long, hand-painted Glass Trout Ornament is currently $4 (marked down from $8) at West Elm. 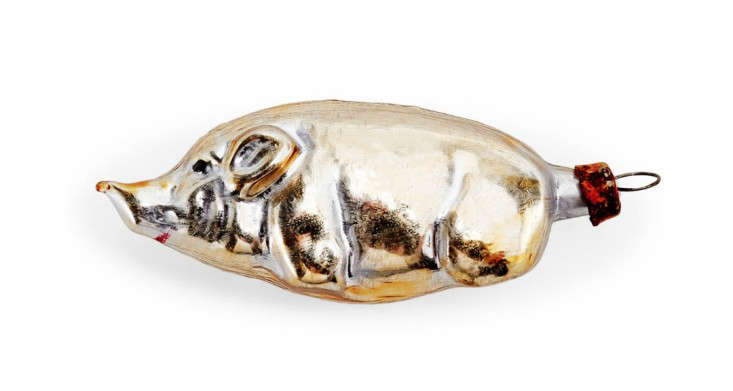 Above: This shiny Gold Pig is fabricated by third-generation artisans in Germany using a restored original mold. It’s $24 at ABC Home. 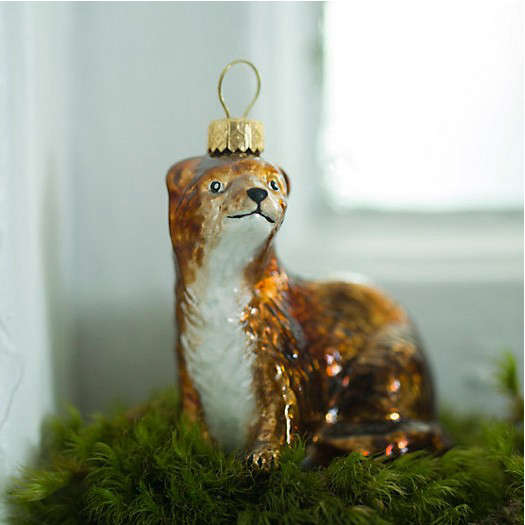 Above: The Wind in the Willows-ish three-inch tall Glass Weasel from Poland is $16 at Terrain. 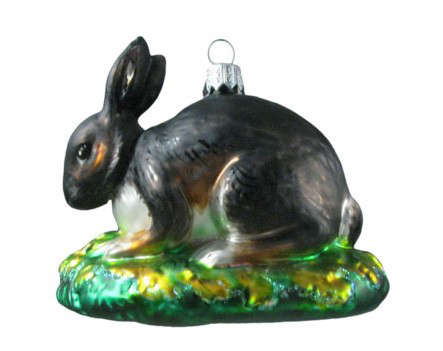 Above: A tremendous range of glass ornaments are available at John Derian in NYC. This three-inch tall, hand-silvered and hand-painted Rabbit is made in Poland; $84.

Object Lessons columnist Megan Wilson is the owner of Ancient Industries and the curator of the Remodelista 100, a collection of essential everyday objects presented in the Remodelista book. Watch for her column every Tuesday, and have a look at her past lessons on iconic design, including Wall Calendars with a Design Pedigree and Kaj Franck’s Teema Dinnerware.