Modern Plum’s duvet covers and pillowcases are made of linen woven at a traditional mill in the Czech Republic and designed and stitched in Chicago. The company–which is debuting its online shop today–is the brainchild of Allison Warren, a design professor at the University of Illinois and artist who learned to work with textiles as a graduate student at Cranbrook Academy. She says her new line was inspired by the example of Cranbrook’s modernist pioneers Ray Eames, Florence Knoll, and Jack Lenor Larsen.

Initially Warren’s designs were made for her own mid-century glass house outside Chicago. They were photographed on the site where they look very at home (though we could see them in a lot of settings.)

The Modern Plum line currently consists of duvet covers (in queen and king size), a variety of pillowcases, and a throw, all in 100-percent linen. Note that the company does batch production every six to eight weeks; all new orders will next be shipped in mid-November. For more details, see Modern Plum. 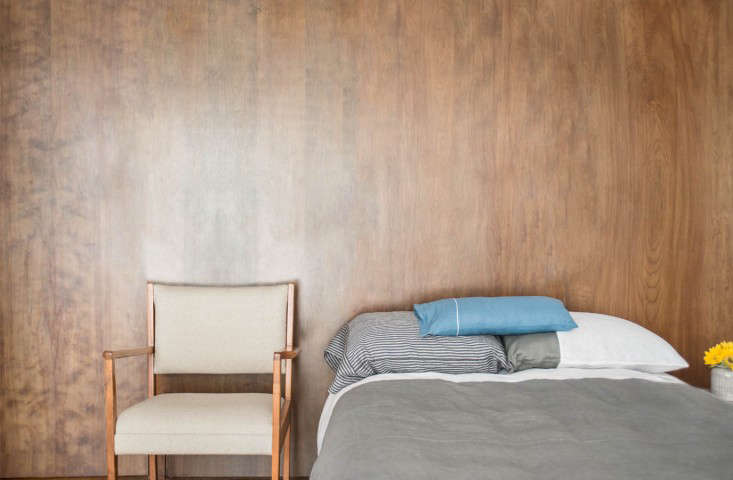 Above: Modern Plum’s Aalto Slate Duvet cover in a color-blocked design of slate and white (also available in green/white and blue/white combinations). It’s paired with a combination of pillowcases in solids and stripes. All of the company’s bedding is made of pure linen in a medium weight. Duvet covers are $360 for full/queen, $390 for king-size; pillowcases start at $68. 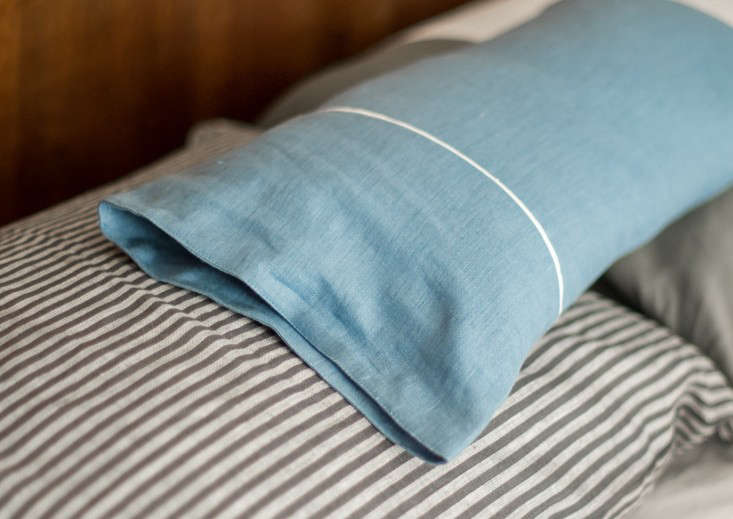 Above: The Lucia Accent PIllowcase in Ocean. It’s also available in seven other solids with white trim. The gray and white Suzanne Pillowcase under it comes in a range of stripes and solids. 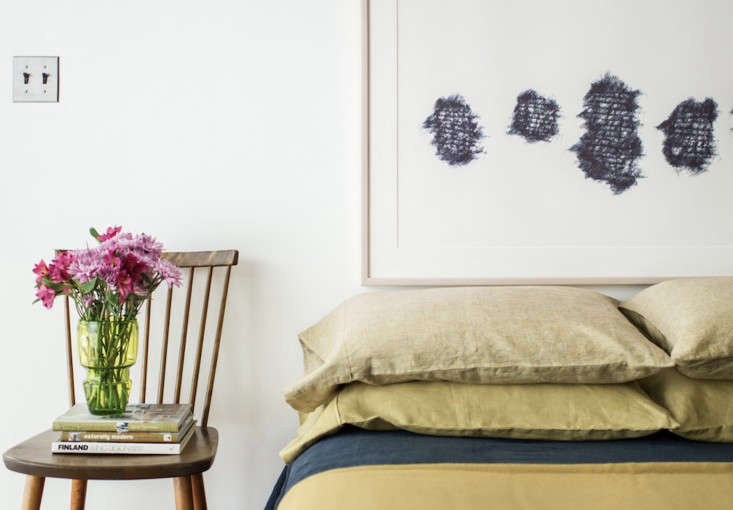 Above: Suzanne Pillowcases in Desert Sand and Citron; they come in standard and king-size. 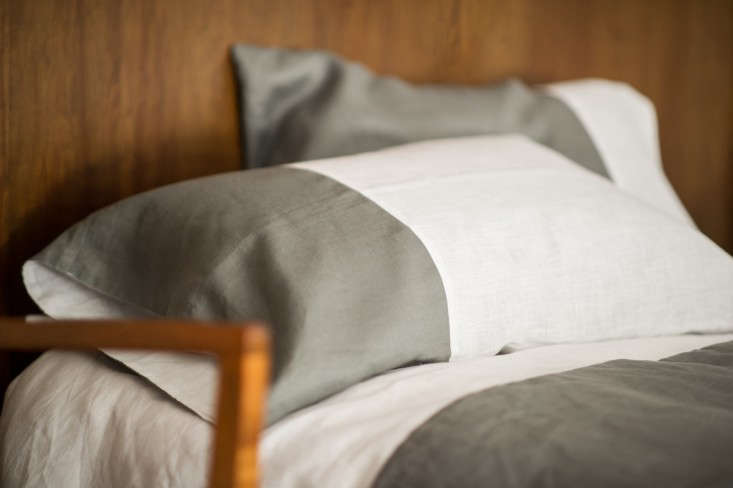 Above: Color-blocked Aalto Pillowcases are made of two layers of linen with hidden seams and are reversible (though in the same colors). They come in six shades all paired with white. 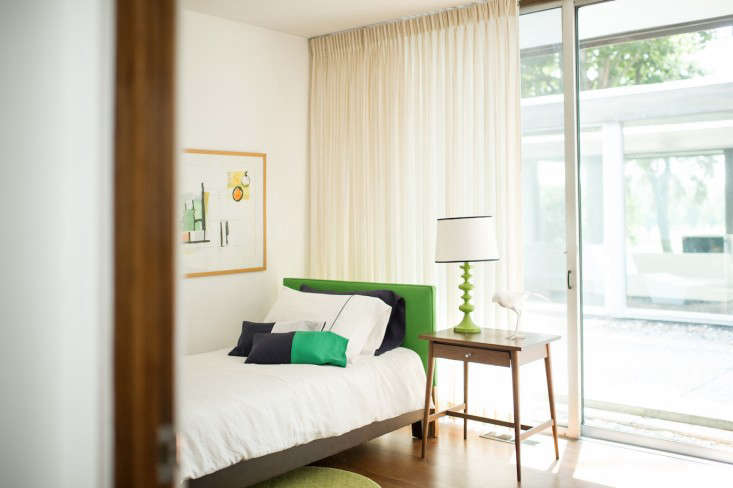 Above: The all-white Lucia Duvet cover (available via Modern Plum, though not yet shown on the site) with a combination of pillowcases and shams. 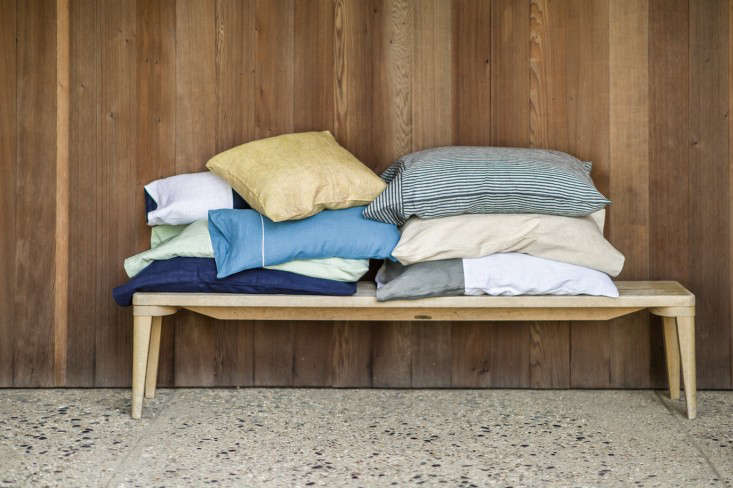 Above: Modern Plum’s pillow collection. Plans are in the works to offer linen bedsheets in six months and table linens after that.

We’re sold on linen bedding as a worthy investment piece–and the ultimate wedding present. Another line that we love is Tricia Rose’s Rough Linen. For many more bedding ideas, peruse our Fabrics & Linens gallery.

The Architect Is In: From the Ashes, a Modern Barn