The winning kitchen is part of the company’s Railways modular cabinetry line, which also includes bathroom and closet cabinetry and indoor and outdoor sliding doors. The overall concept is a clean-lined Scandinavian system with a streak of the American West. In each piece of cabinetry, Bucks & Spurs paired rough-hewn oak boards with smoother ones to achieve a look they call “rough ranch.” 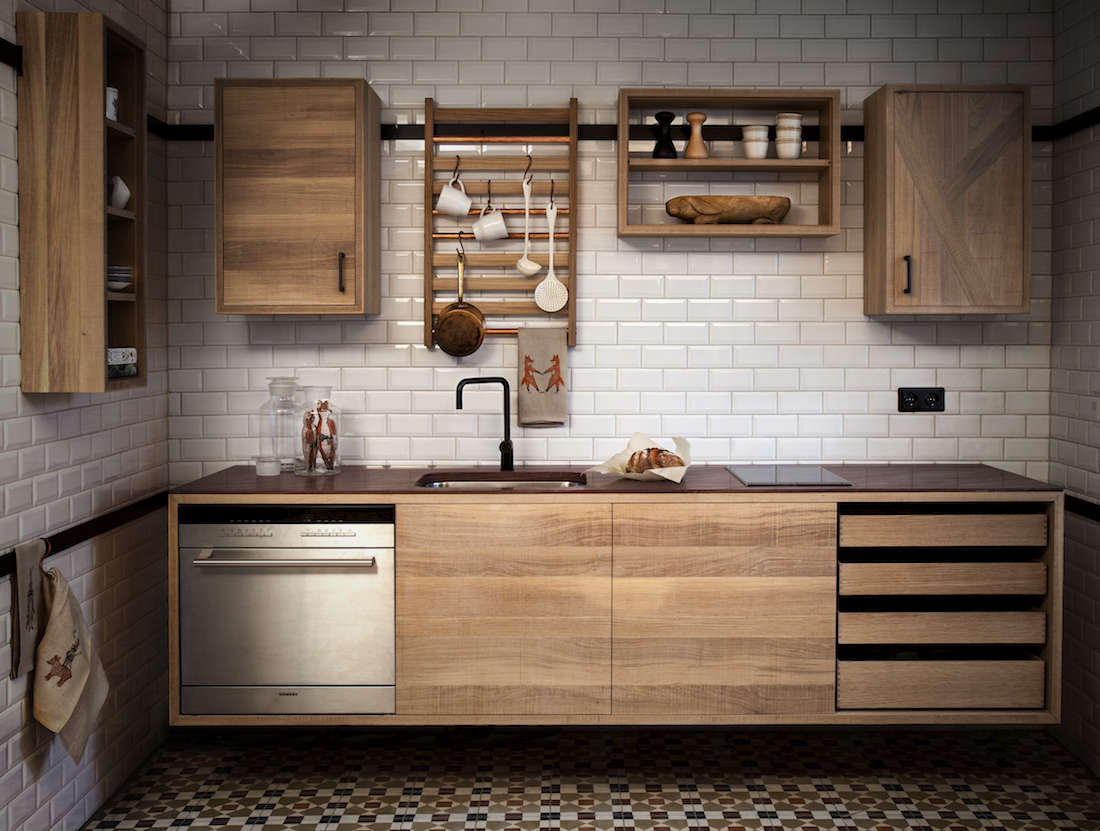 Above: The Railway components, which hang on a wall-mounted rail, have a Shaker-like flexibility. The rail is the only part of the kitchen that’s fixed, which means that cabinets can be moved according to changing needs. 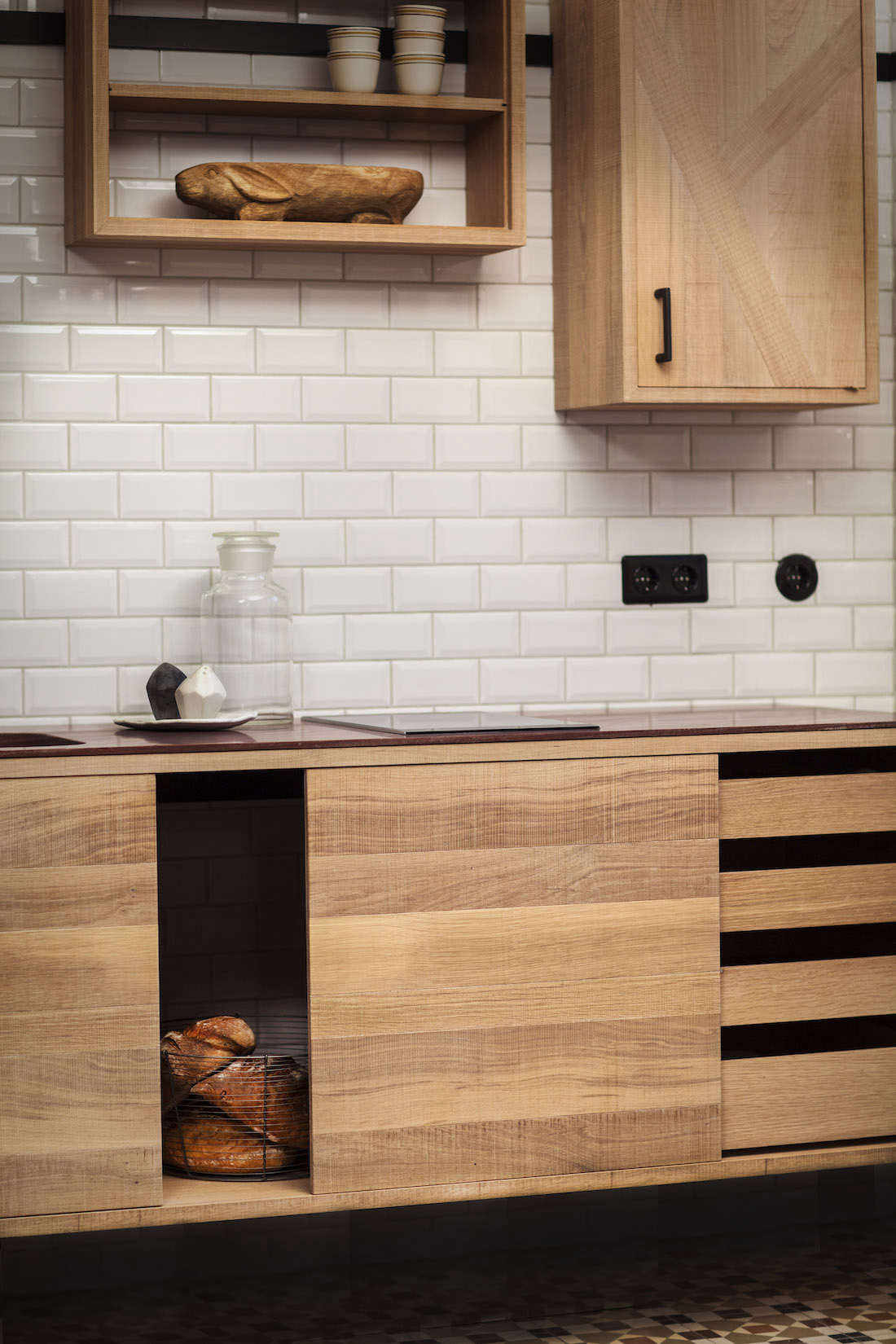 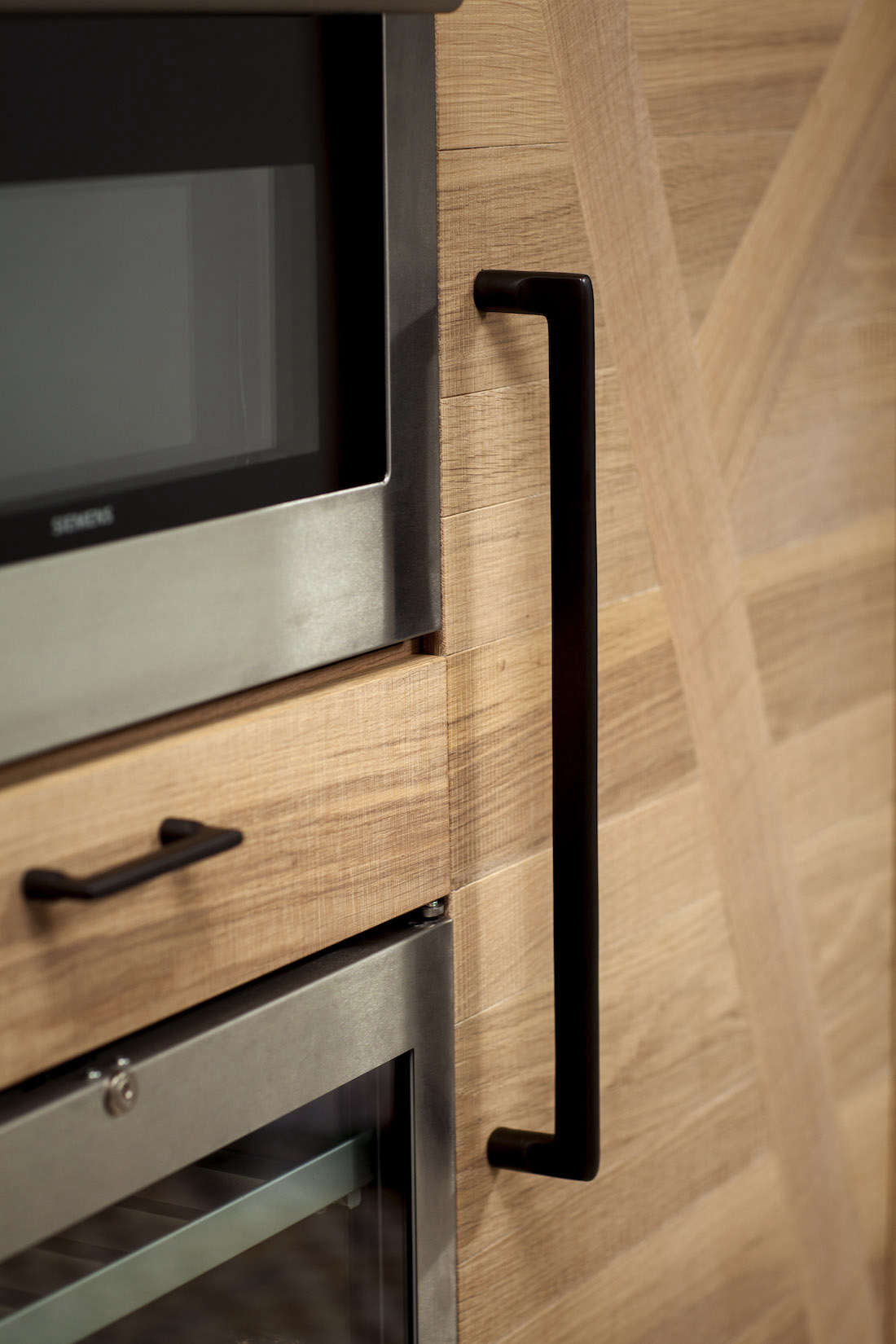 Above: The entire kitchen system is made in Sweden, including the handmade oak cabinetry, Swedish limestone countertops, and Swedish leather details by Tarnsjo Tannery. 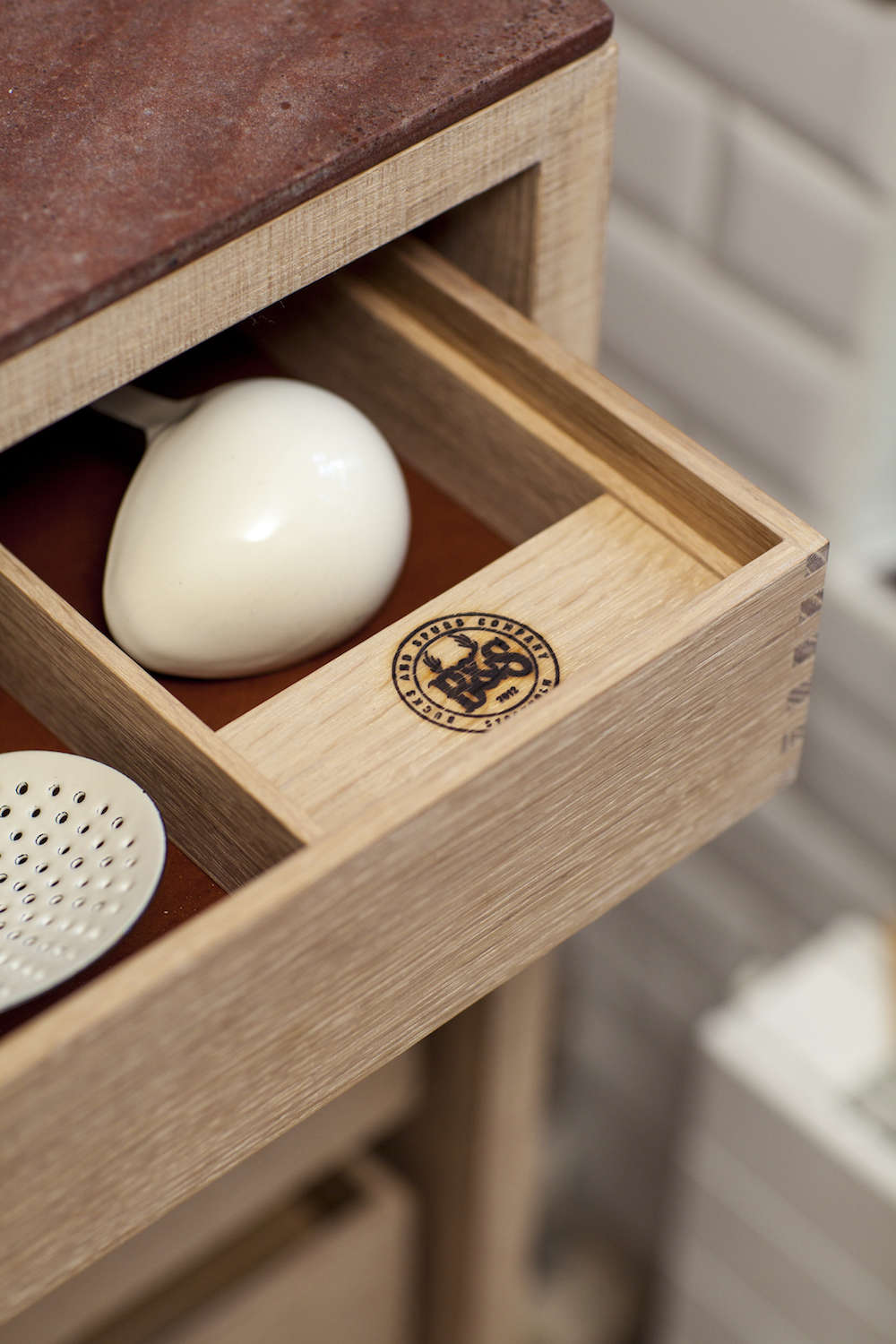 Above: Drawers make use of simple box joints and sport a branded Bucks & Spurs logo. 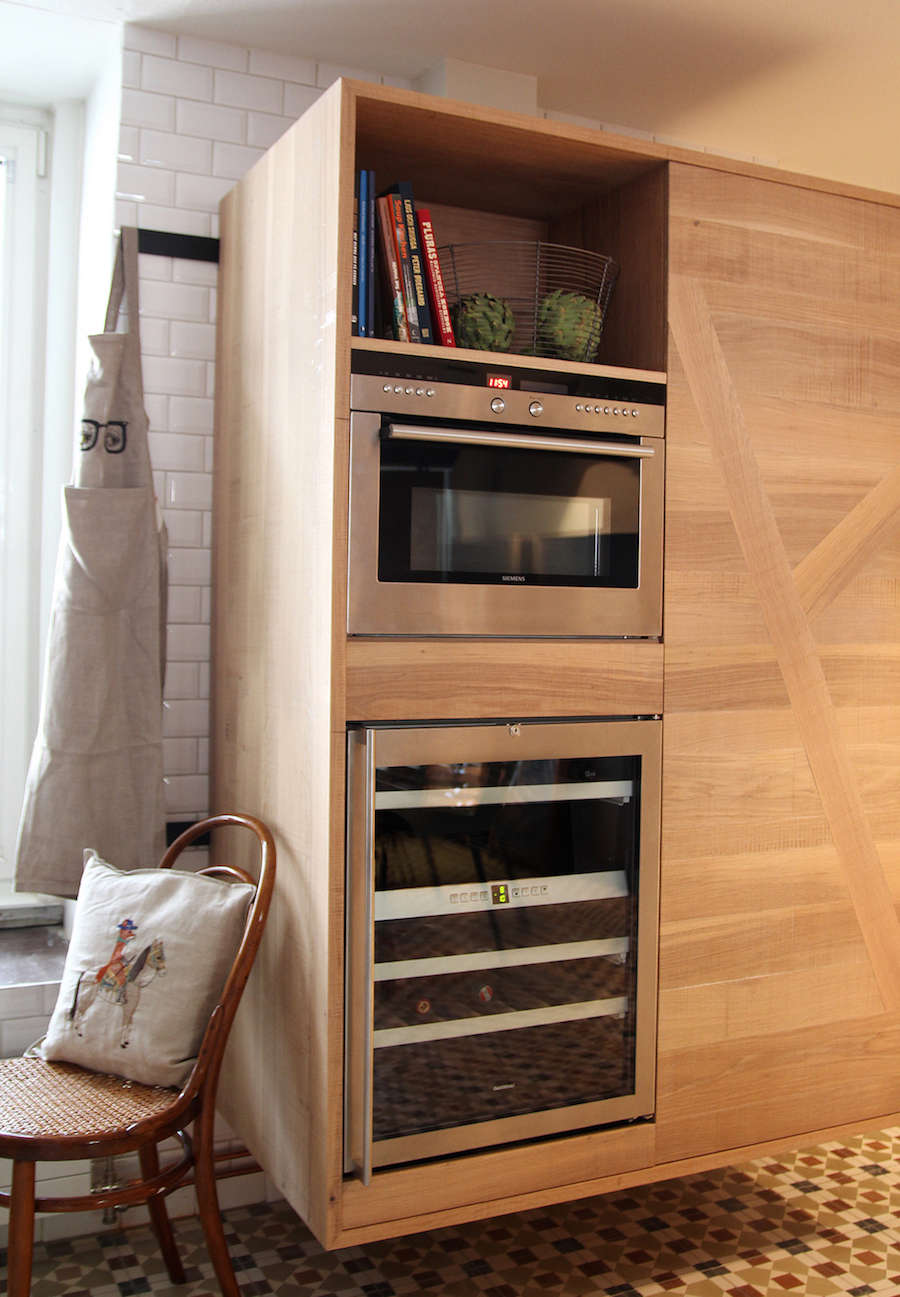 Above: The Railways system began with sliding doors and cabinet frames made by woodworkers in Järna and Småland, Sweden. These frames later developed into the full modular furniture system. The oak inset on a diagonal is a nod to railroad ties. 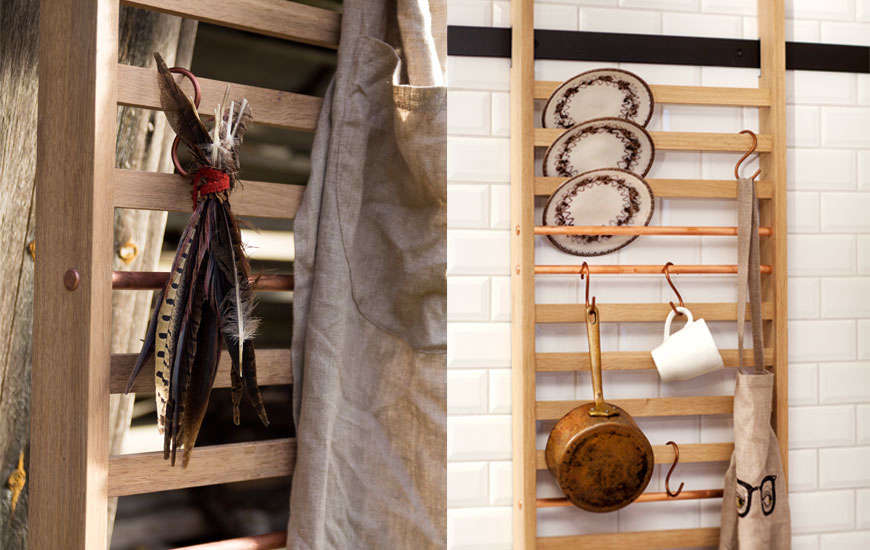 Above: Bucks & Spurs pairs its modular cabinetry system with decorative finds from around the world, including artful embroidery by Brooklyn-based Coral & Tusk, whose aprons are shown here. This wood-and-copper ladder rail is an optional component of the kitchen and bathroom systems.

More kitchen systems from around the world:

A Quirky Hotel in the Netherlands, with Dozens of Design Ideas to Steal

Kitchen of the Week: A France-Meets-California, Ikea-Meets-Custom Kitchen in Normandy