It’s not that we Design Dictators are controlling or anything: It’s just that we’re convinced that the best toys for going the distance are the ones we want to play with as well. Here are five favorites from around the world. 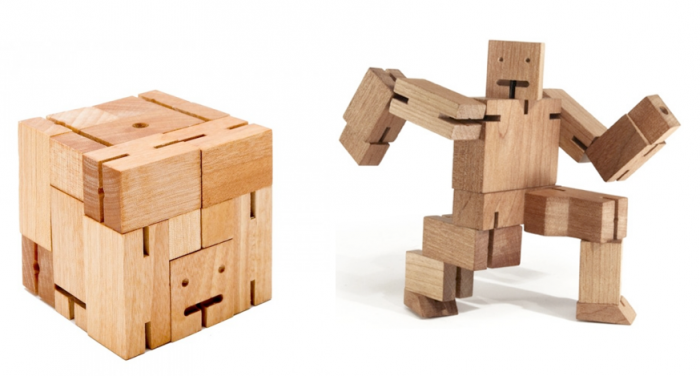 Above: For Rubik’s Cube lovers, the Cubebot is a non-traditional take on the toy robot and was inspired by Japanese Shinto Kumi-ki puzzles; $28, Areaware; £23.99, SCP. 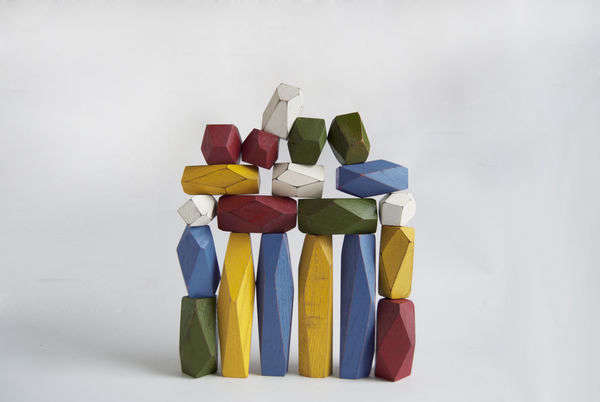 Above: Fort Standard’s Balancing Blocks are Bauhaus Inspired and made from repurposed scrap wood. The ultimate purist amongst you design dictators can have them in all white but we’re relaxed on this one; $48, Areaware. 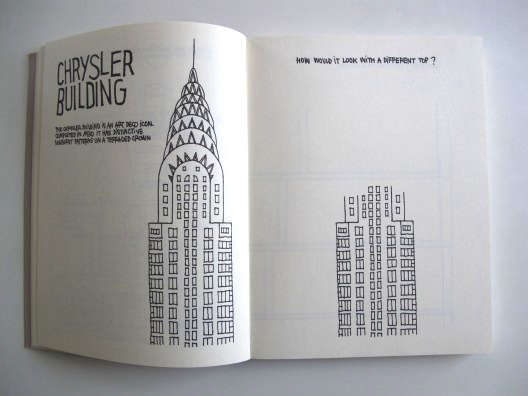 Above: It’s never too early to introduce your children to the joys of design. When my eldest was two, he was so inspired by an architecture picture book we read together that he named his baby brother Colm (column). Draw Me a House by Thibaud Herem is an interactive coloring book that will inspire everyone to become interested in their built environment; $13.60, amazon.com; £11.66, amazon.co.uk.

Above: Fionn the Fox, Liam the Hare and Brigid the Sheep, a trio of hand-knitted and friendly animals from Irish designer/knitter Claire-Anne O’Brien in collaboration with the fabulous Irish brothers’ duo Makers & Brothers; €62 to €68.

Above: These ORB money banks by Danish designers Studio Arhoj are inspired by a fortuneteller’s crystal ball and encourage saving for the future with good design; for more information see HAY. 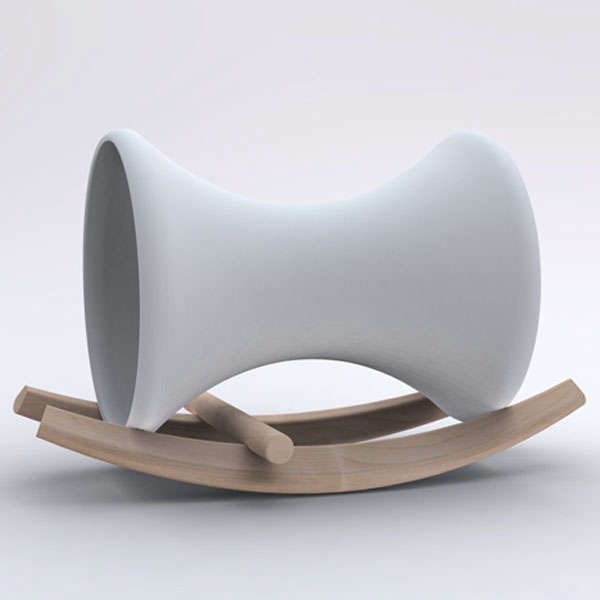 Above: Based on his observations, designer Doshi Levien noticed that toys with the greatest staying power are the ones where “children apply their imaginations onto found objects already in the home and thus begat the “Rocker“; an ‘improvised ride” on a found object; see Richard Lampert for more information.

N.B.: To make sure we’ve got everyone on your list covered, see all of our gift guides to date in our Holiday Gifts section.

Draw Me A House – Thibaud Herem

Scandinavian-Inspired Textiles by Way of Vermont

14 Tricks for Maximizing Space in a Tiny Kitchen, Urban Edition

7 Secrets for Living with a Flat-Screen TV, Cord Control Edition

5 Quick Fixes: Tablets in the Kitchen