Based in Dusseldorf, Germany, Bon Matin is a small collective of artists and designers that produces finely detailed screen prints. In addition to artwork, their output includes a charming dish towel called Les Squelettes (the Skeletons). Each skeleton is numbered, and all the skeletons are identified at the bottom of the dish towel—thus allowing it to double as an educational game. Bon Matin's collection can be viewed at Supermarket, a website where designers can present and sell their products. 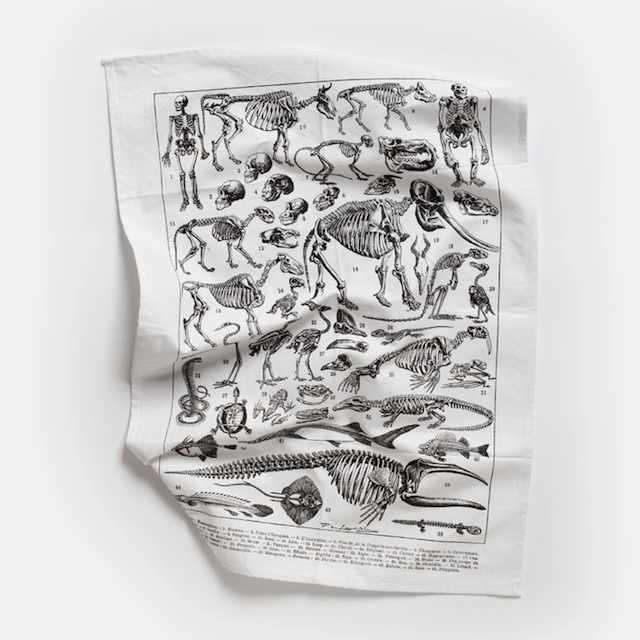 Above: Les Squelettes Kitchen Towel is printed on a cotton-linen blend; $18 at the Supermarket. 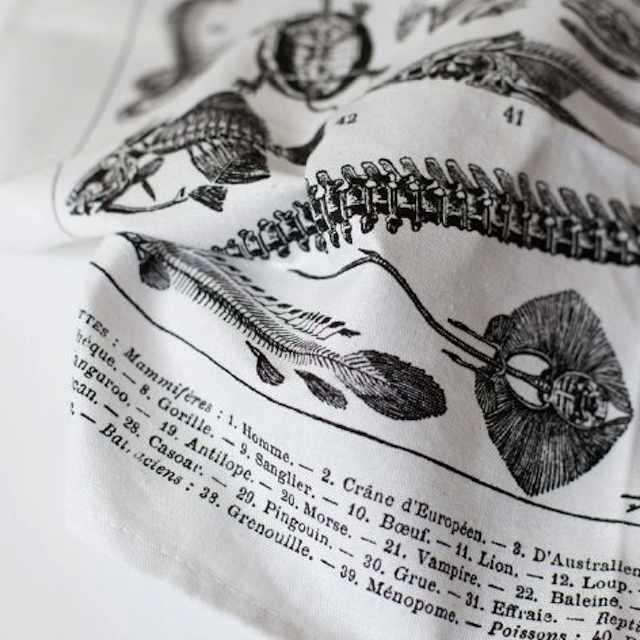 Above: In addition to a human skeleton, the dish towel also features a whale and a frog. 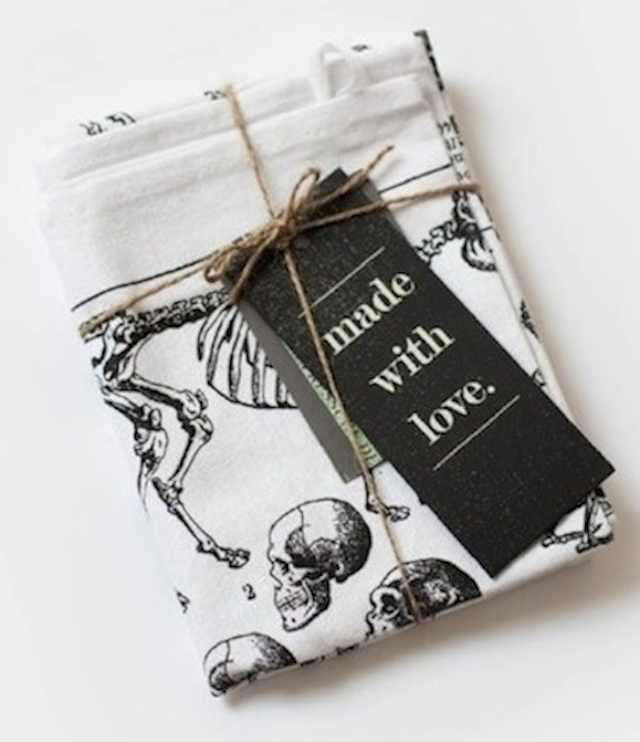 Above: The dish towel can also be used as a wall hanging.

Object of Desire: A New Line of Table Linens from Colour Squatters in the UK