The members of the Remodelista Architect/Designer Directory have designed thousands of offices among them. Who better to share tips on creating a functional yet beautiful workspace? 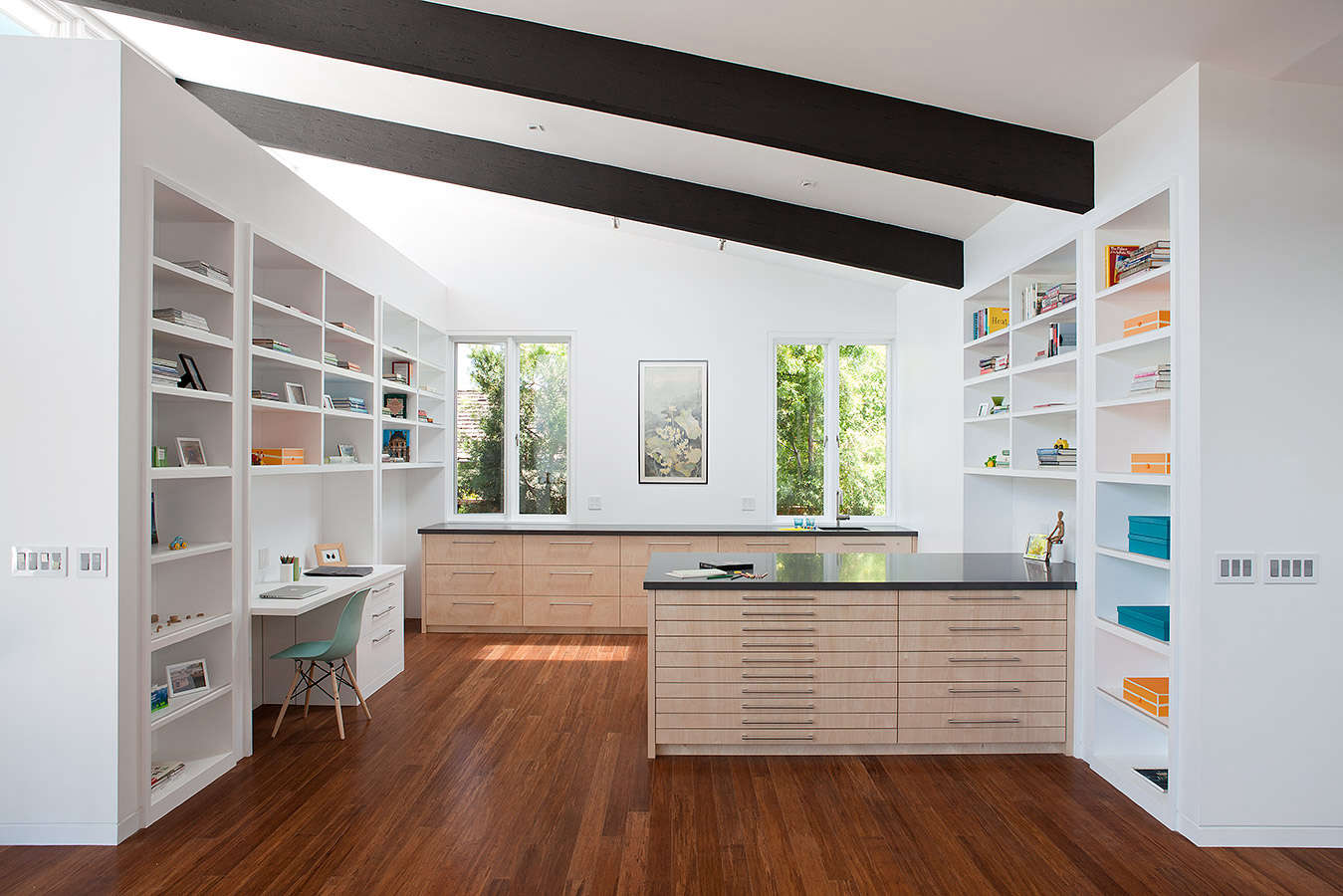 Above: The office of a net-zero energy home in Cupertino, California, by Klopf Architecture, which was a finalist in the Best Professionally Designed Office category in our 2014 Considered Design Awards.

More than any other factor, our architects emphasized the importance of natural light in the workplace. “Natural light is the most crucial contributor to a contented and productive office space,” says Lindsey Theobald of Feldman Architecture in San Francisco. Andrew Curtis of Robitaille Curtis in Montreal agrees: “Daylight is critical,” he says. But keep in mind this caveat from Alan Ohashi of Bay Area–based Ohashi Design: you’ll want “a combination of direct and indirect bounce lighting, which is good for computer work.” 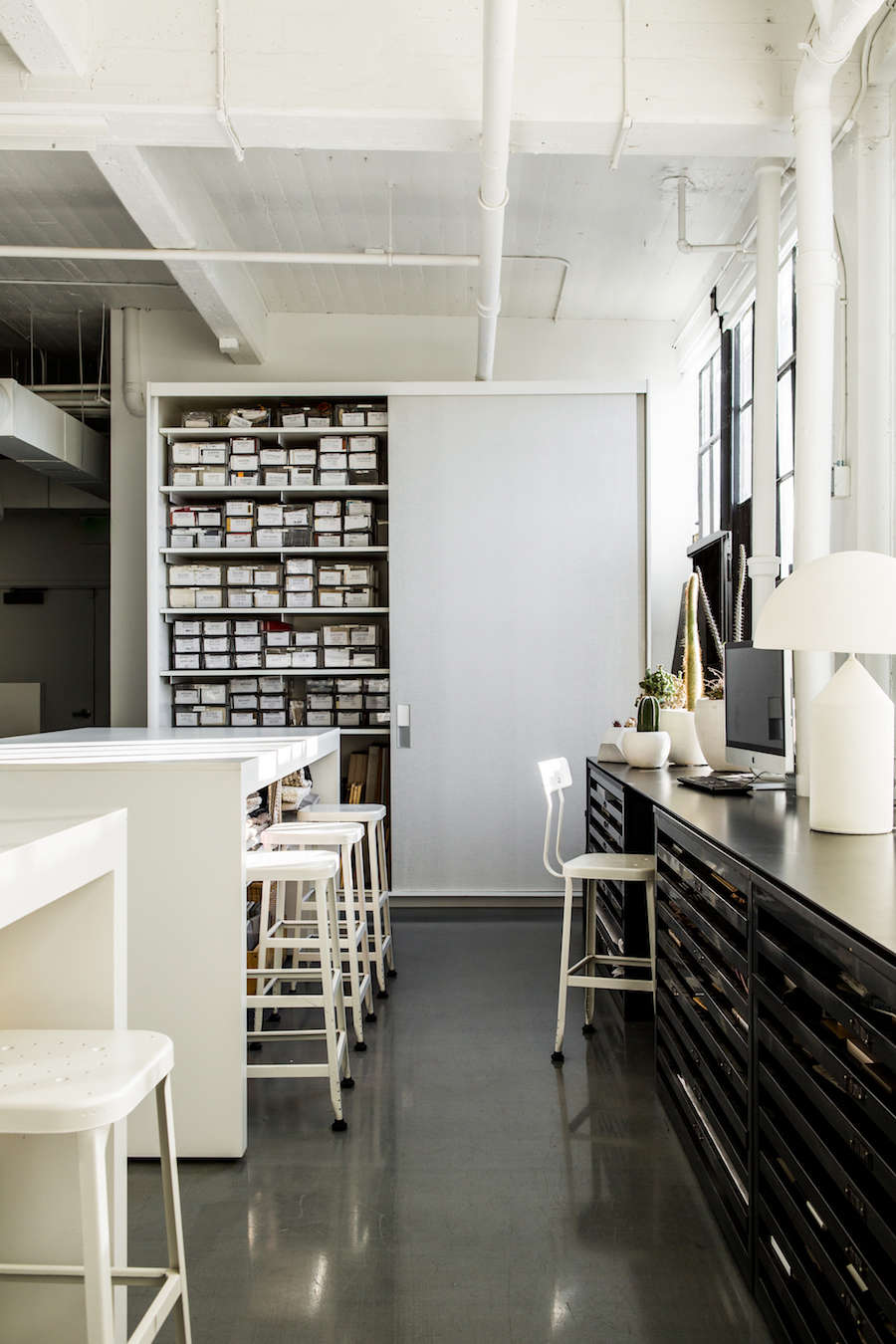 Above: The new 5,000-square-foot San Francisco office of interior designer Nicole Hollis has plenty of storage for her team’s ever-rotating mix of materials and samples. Photograph by Laure Joliet, courtesy of Nicole Hollis.

2. Everything in Its Place

The second most emphasized point was the importance of managing your stuff. “Clutter is the enemy,” Curtis says. “Having a clean, calm workspace is critical to staying on task and to maintaining clarity of purpose.”

Says SF interior designer Alison Davin, to tame the mess, “customized storage is key,” noting that she designs individualized storage solutions for each of her clients. “When everything has a home, it can free you to work more effectively and increase productivity,” she says. 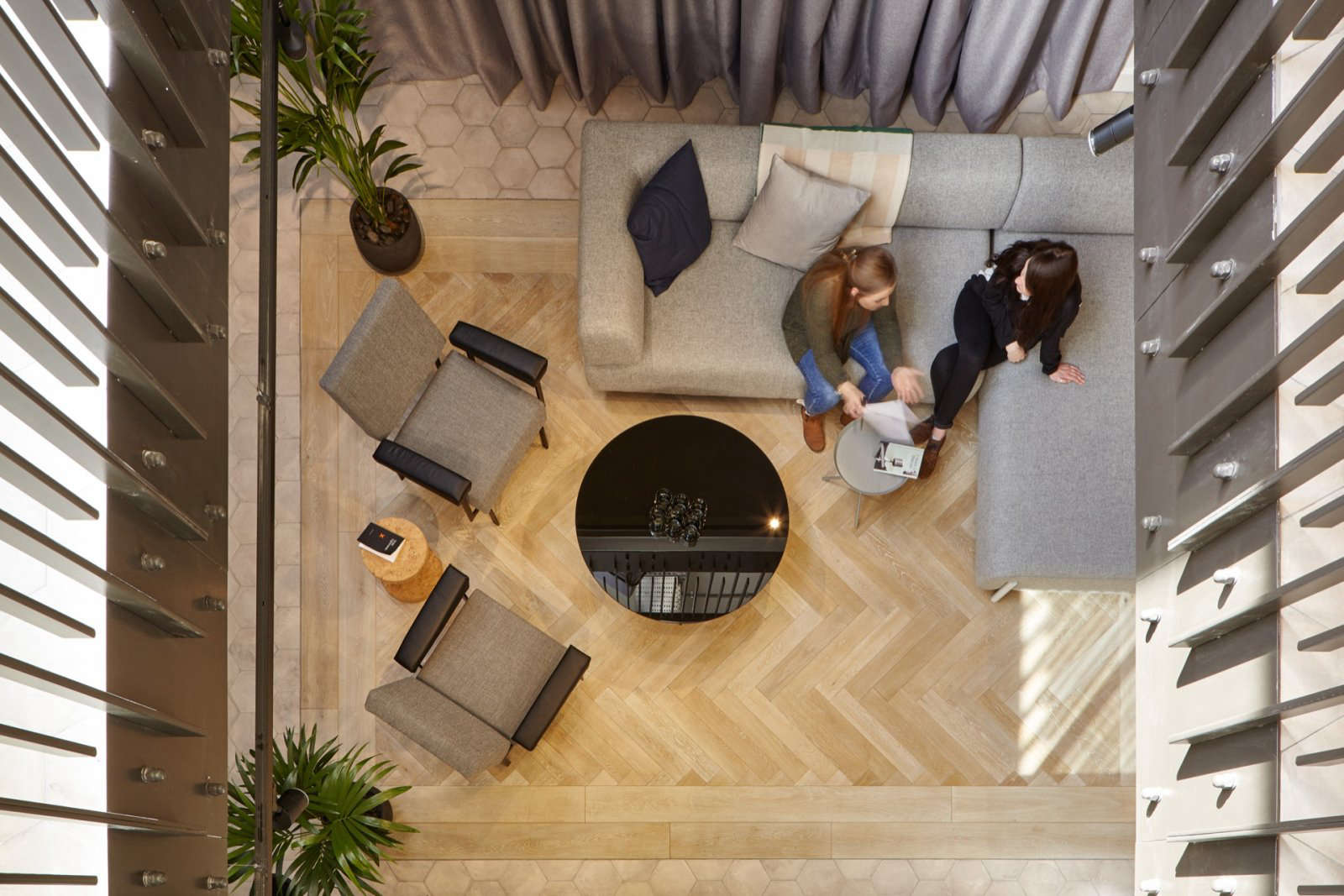 Above: The London offices of flexible workspace company The Office Group, designed by Stiff + Trevillion.

Work is often collaborative, says New York architect Juan Matiz, so he includes “living rooms that are mixing chambers” in his office designs to make the spaces more flexible and inspiring. “The furniture can be less formal, and the type that allows for the feet to be kicked up on the coffee table while you brainstorm about the project at hand,” he says. 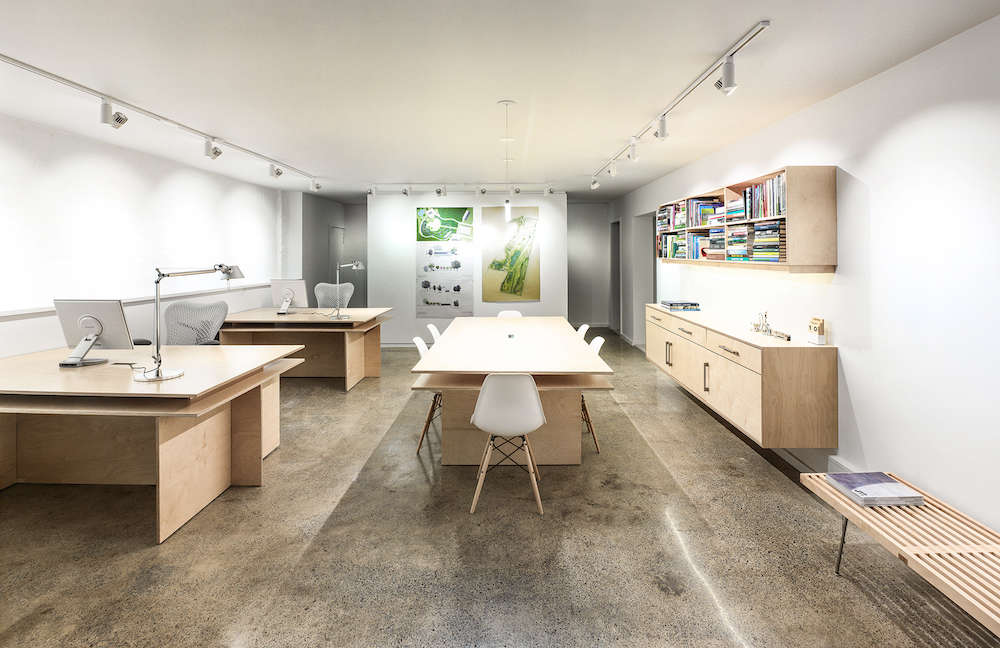 “I recently realized that the key to success for me is having more surfaces to spread out on,” says LA interior designer Natalie Myers of Veneer Designs. In her own home office, she uses a small table for her laptop, a low cabinet for storage that doubles as an extra work surface, plus another table for sitting with clients or just piling on books and materials. 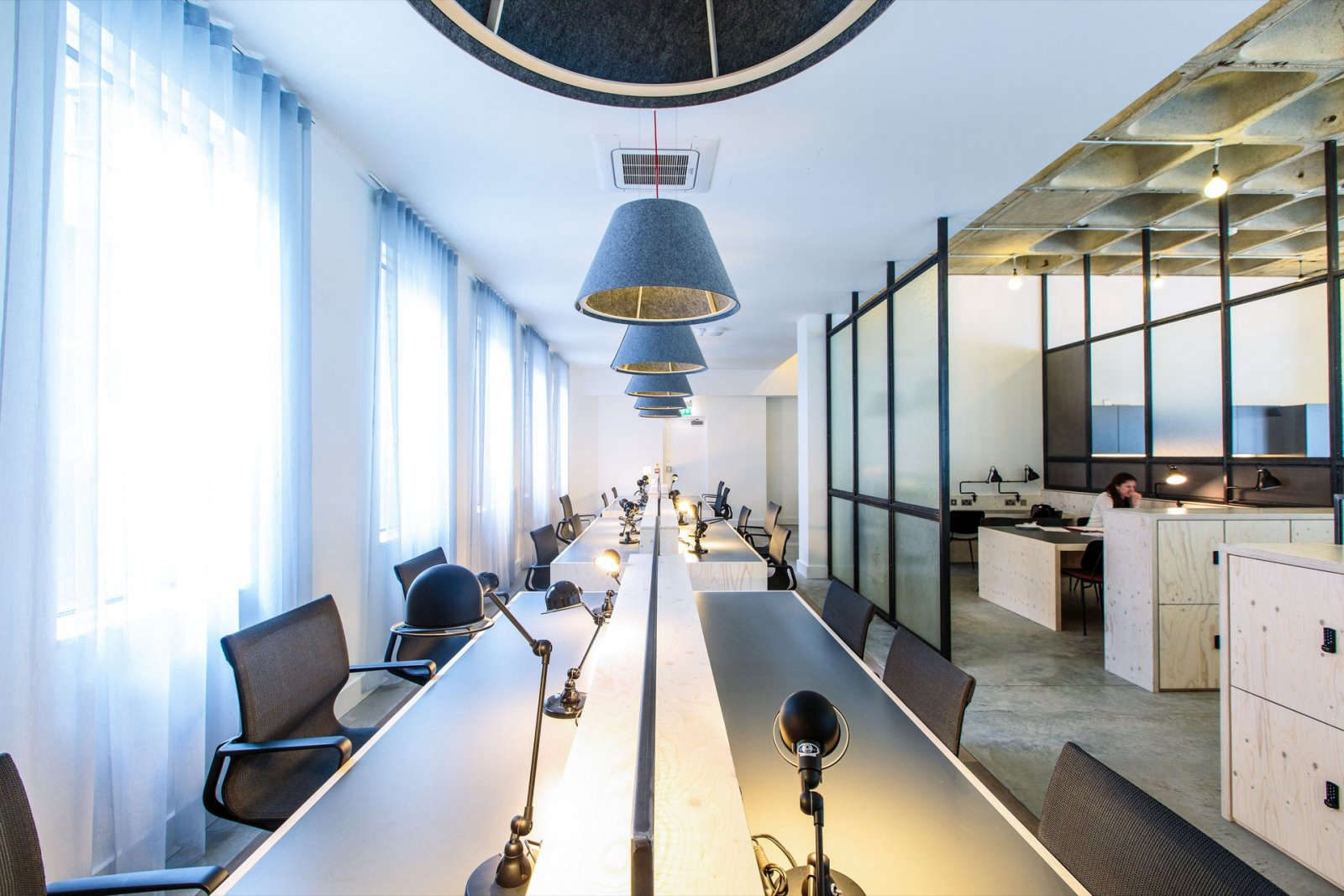 Above: Another London office of the Office Group by Stiff + Trevillion.

Yes, natural light is the top priority, but sometimes that’s just not possible; work still needs to get done after dark. According to Andrew Curtis, “high-quality task and uniform ambient lighting” is of equal importance. In their own Montreal office, the firm used Tolomeo task lamps at each workstation and carefully placed LED spotlights around the perimeter of the ceiling. The shared worktable shown here makes a Jielde lamp available at each seat. 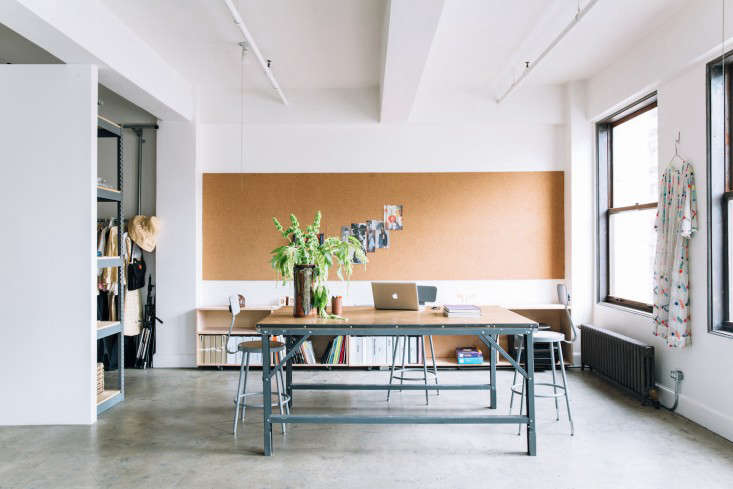 Above: The light-filled LA office of an architect and designer featured in Studio Visit: At Work with Two Downtown LA Pioneers. Photograph by Jessica Commingore for Remodelista.

“Employees require different environments in which to work based on individual preference, mood, and task,” says Daniel Campbell of Stiff and Trevillion in London—a maxim especially true for the growing Millennial workforce. “Integration of sharing and collaboration within the workplace design enriches the culture and maximizes efficiencies.” 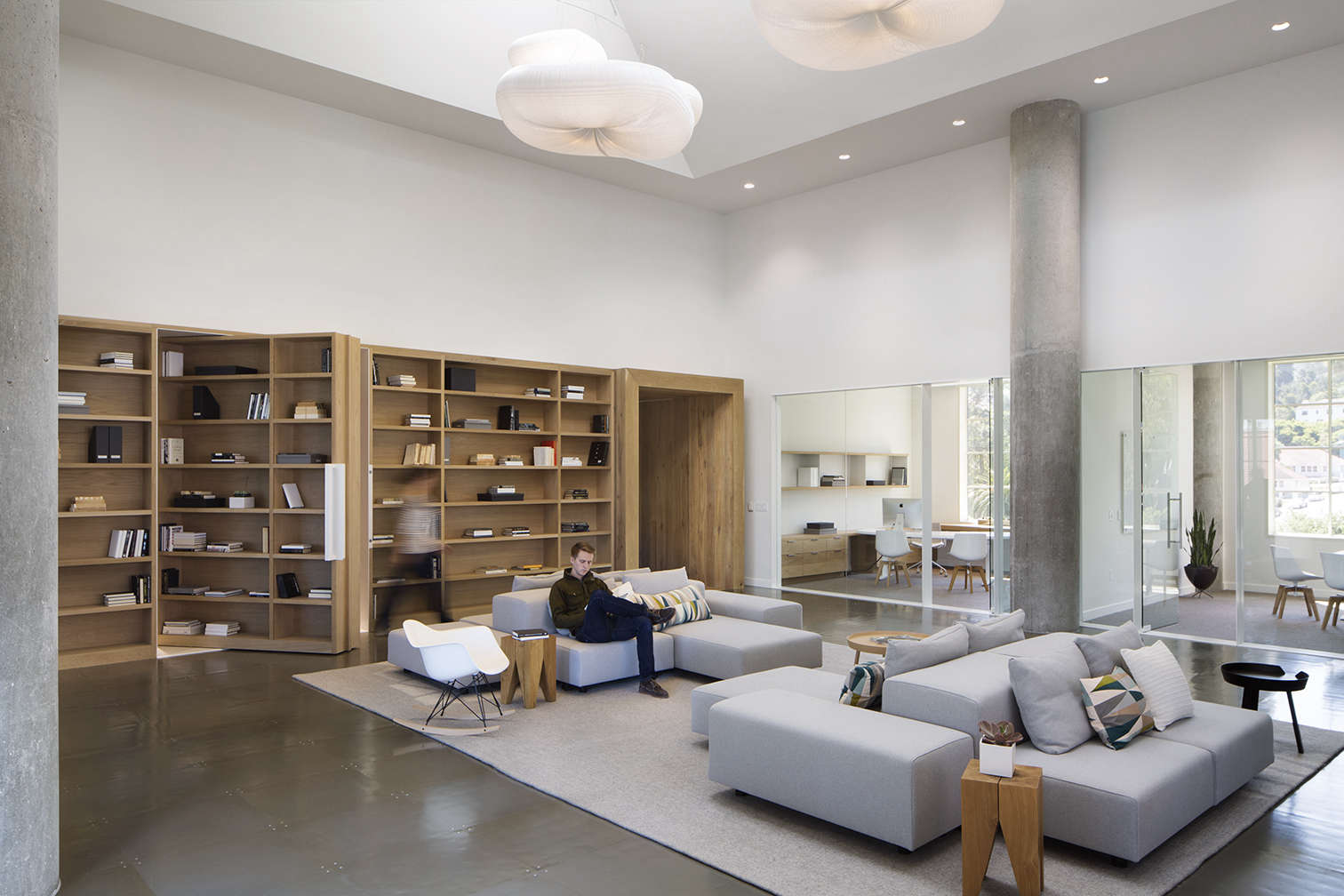 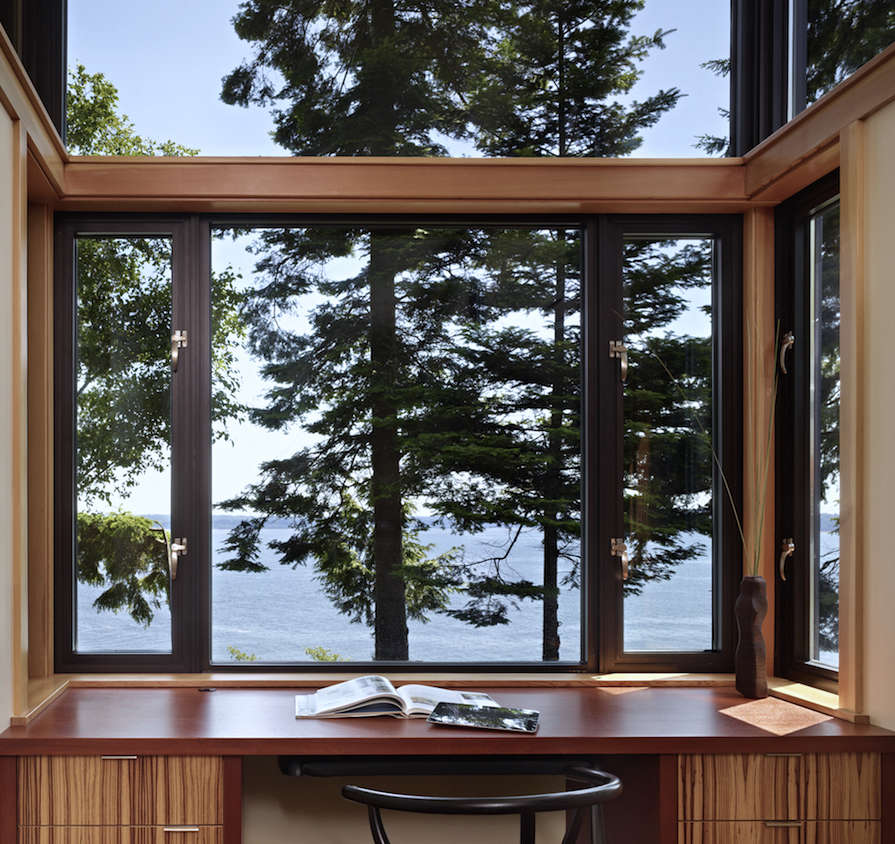 Seattle architect Nils Finne suggests adding some exterior inspiration into the mix with a large picture window and view. After all, he says, “Our best ideas can often come precisely when we are not trying to be productive.” Feldman Architecture’s Theobald echoes the sentiment: “Ultimately a view makes for an ideal workspace, and we try to orient office space to achieve that in as many workspaces and areas as possible.”

For more advice from members of our professional directory, see 10 Architects’ Tricks for Creating a European-Inspired Interior and 5 Things Your Contractor Wishes You Knew (But Is Too Polite to Tell You).