The only thing I want for Mother’s Day is to learn how to turn on the television. I am sick of having to pay a child a dollar to “set me up” every time I want to watch an episode of Girls.

We got another new remote control last week and, as with the previous 50 remotes, my husband said, “This one will be easy to use.” I believed him (despite the fact that he was lying the last 50 times he made this statement) because the new one is a universal remote.

Universal. The concept sounds so empowering, utopian, and uplifting–like “suffrage,” “Esperanto,” and “Amazon Prime.” It’s a heady thought, the idea that anyone regardless of age, gender, or low threshold of impatience would be able at any time to turn on the television, the stereo, or that thing that lets you magically download any movie you want to watch. (“That thing is the Apple TV,” my husband said. “You’re not ready for it.”)

“Just show me how to turn on the television,” I said. 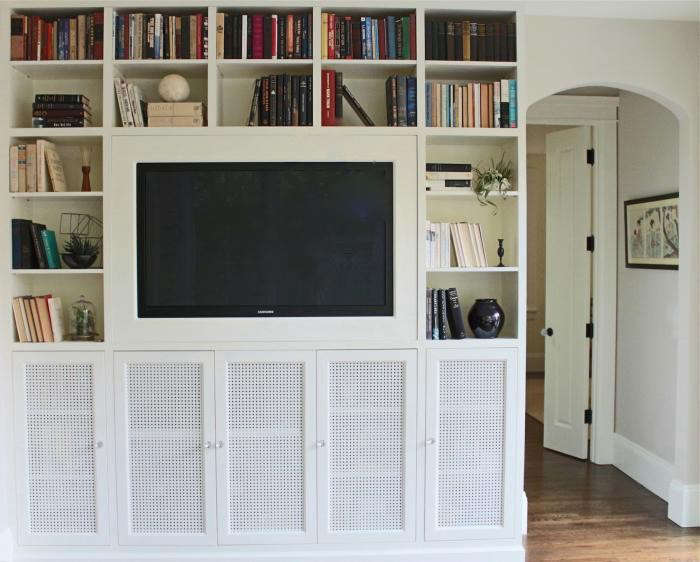 Above: Our TV setup; see 7 Secrets for Living with a Flat-Screen TV, Cord Control Edition.

“No, the ‘Watch’ button is an ‘Activities’ button and that’s the first step,” he said. “Then a random screen that you don’t need to see appears and you press the ‘Guide’ button and then you use one of the two sets of up-and-down arrow buttons depending on whether you want to scroll through a page at a time or a single listing at a time and then you–”

Also, I think I should tape an ‘X’ to the floor so I know where to stand. 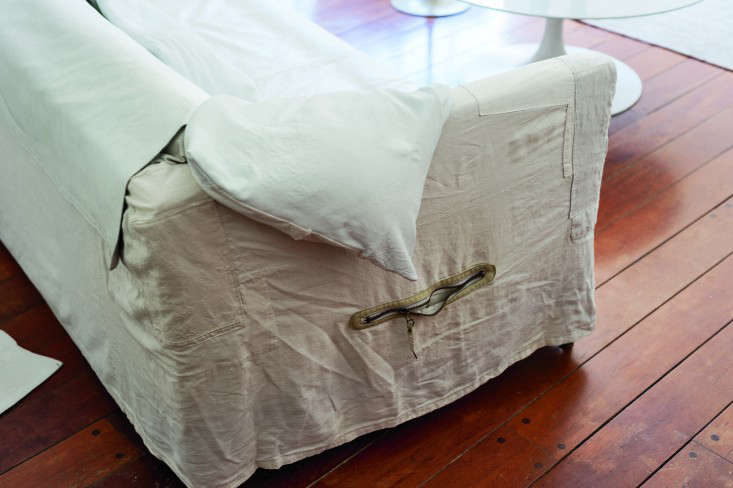 Above: LA designer Michaela Scherrer added a pocket to her sofa slipcover to stash the remote. Photograph by Matthew Williams for Remodelista. (To see more of the sofa, go to page 154-155 in the Remodelista book.)

Why are we still having this conversation in 2014? The remote control has been the bane of my existence–and probably yours–since the gadgets started proliferating like rabbits about 20 years ago. I remember a time not so long ago when we kept a stack of at least three on the coffee table: one for the television, one for the stereo, and one for the something else (but no one ever used that one). Who could have predicted in 1950, when Zenith invented the first television remote control (connected by a wire to the set), that we would end up with such a mess?

In many households, the remote causes strife: more than 53 percent of mothers say remote controls are the most fought over family gadget, according to results of a survey released today by television set-top box maker TiVo. It’s unclear whether all those families are fighting for control of the clicker, or whether they’re railing at their husbands about how stupidly it was designed. This is after all such a dumb piece of equipment that half of its functionality is based on the premise that you’ll need to hit its prominent “Help” button to debug a problem.

In my opinion, the remote control will never be universal. By the time the remote control people finally figure out how to design one that makes sense, it will be too late. It’s already considered obsolete and redundant–”The Gadget That Time Forgot”–by my children. They don’t use it. For a simple reason. They don’t use the television set. They think of both as just more residual bits of clunky technology that belong to my generation (like the land line). Any TV my daughters watch is on their computer screens. 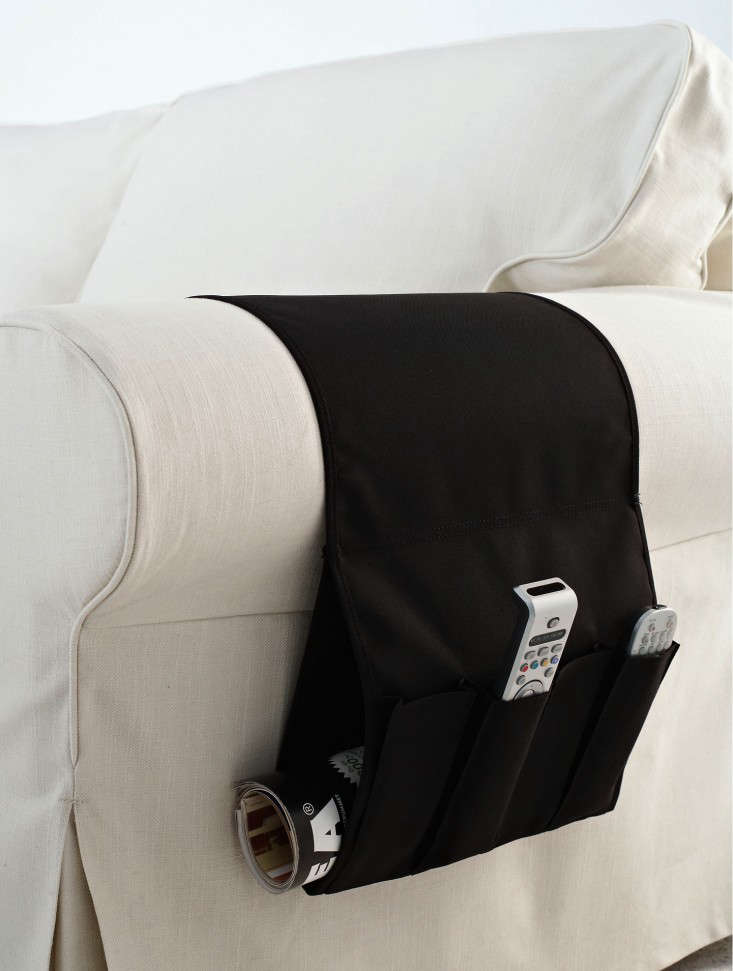 Above: Ikea offers a handy remote control pocket, the Flört, for $4.99.

But my generation is not made up of quitters. We like our Girls on the big screen. So we’ll keep chipping away at the mystery that surrounds the enigma that shrouds the universal remote–and other television-related gadgets–until Steve Jobs is reincarnated to invent one that works. I know this is true because of the more than 500 mothers queried by TiVo for its second annual Mother’s Day survey, more than two-thirds of the respondents said they have a DVR. After their cell phones and computers, they said a DVR is the third most critical device they cannot live without (emphasis mine). And to turn on a DVR? You must use a remote.

“What does that mean?” I asked.

“Press the button that looks like a squiggly backwards arrow,” he clarified.

Five minutes later? Success. I had navigated the murky bog known as “The Premium Channels,” zeroed in on the latest Game of Thrones episode, and was settled on the sofa with a glass of white wine and a bowl of popcorn. By Mother’s Day next year, I expect to be fluent in Esperanto.

Can everyone at your house use the remote (with or without written instructions)? Tell us about it in the comments section.

Is your Mother’s Day wish to get rid of all those ugly black cords that hang from the television? See 7 Secrets for Living with a Flat-Screen TV, Cord-Control Edition. And browse our archives for more of Michelle’s weekly Domestic Dispatches.

A Scandi Furniture Designer at Home in Paris

New Geometry: Quilts Designed by an Architect and a Painter

6 Countertop Smart Ovens That Will Change the Way You Cook

Enter to Win: $500 Toward an abode Smart Home Security System