Last month we told you about seven mattress startup companies aiming to take a bite out of the multibillion-dollar American mattress trade. (See The Sleep Disrupters.) The next industry in the crosshairs? Luxury bedding.

The founders of the following six companies noticed that linens tend to fall into two categories: sheets that are cheap in price and quality, and well-made, high-end linens at astronomical prices. Says Fast Company: “The cost of luxury linens is nothing less than exorbitant, driven higher by bloated supply chains and expensive designer licensing fees passed on to the consumer.” Sensing an opportunity, several startups are out to remove as much as possible between manufacturer and consumer, slashing costs along the way.

Note: All prices are for queen sizing. 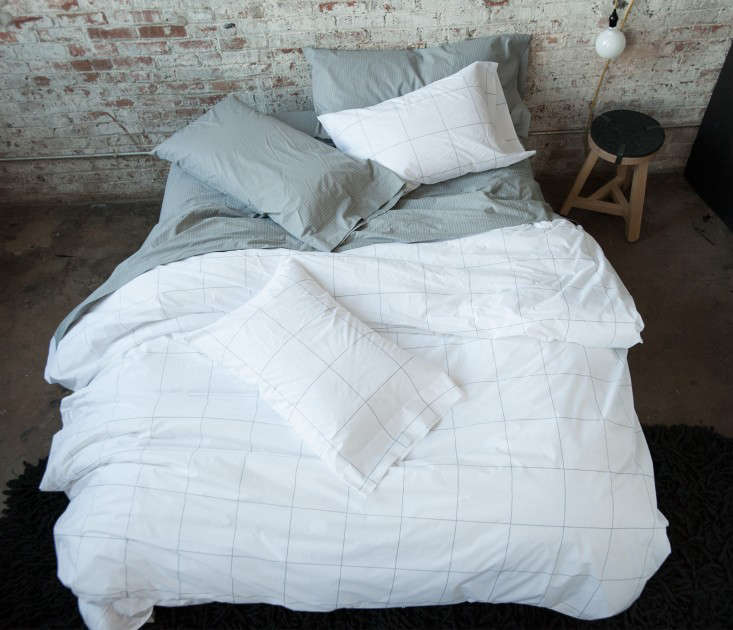 Above: Williamsburg, Brooklyn–based Brooklinen wins the prize for going into the most detail about cotton fibers, yarn ply, and thread thickness, making a case for quality bedding that goes far beyond thread count. (See Anatomy of a Brooklinen Sheet.) The company uses the same overseas manufacturers as the large luxury companies, and claims that the same set of sheets that it sells for around $100 would cost three times as much in a traditional retail model. Brooklinen offers two bedding standards–Classic and Luxe–each available in five colorways. A Classic Core Sheet Set in queen is $109. A complete bed set with sheet set plus duvet cover and two shams–called the Classic Hardcore Bundle–is $164.25. One thing to note: Brooklinen’s return policy is stingy for a startup: only unused, unwashed sheets are accepted back within 30 days of purchase. 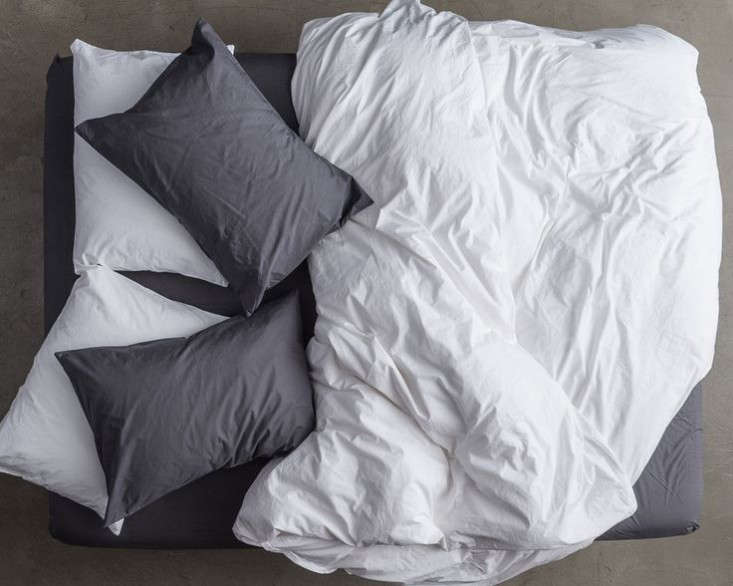 Above: Ariel Kaye of LA founded Parachute after falling in love with her hotel bedding on a trip to Italy: see Eat, Pray, Love: Luxury Linens for Less. Her company offers a pleasantly pared-down menu of choices and is the only brand of this bunch that sells made-in-Europe sheets (Parachute linens are produced by a family-owned factory in Tuscany). Parachute’s standard queen Sheet Set–a flat sheet and two pillowcases in either percale or sateen cotton–comes in five good-looking neutrals for $89. Complete bed set Venice comes with sheets and duvet cover for $199. Parachute is currently offering a limited-edition Linen Blend Duvet Set with duvet cover and two shams in one of two striped designs for $249. 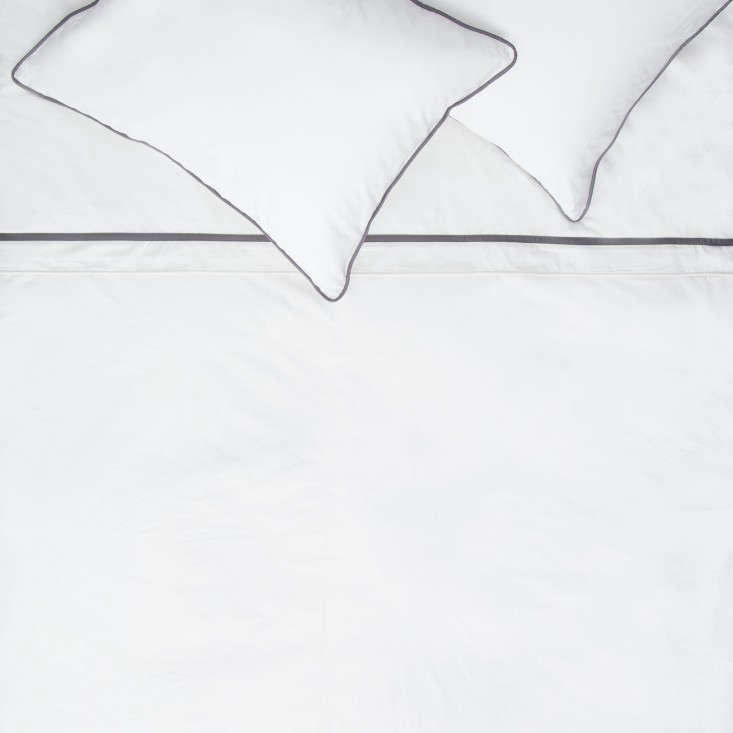 Above: The Bay Area’s Crane & Canopy was founded by Karin Shieh and Christopher Sun, a couple who met at Harvard Business School. They use the same overseas manufacturers as the high-end department store brands, but cut out the middleman to bring lower prices direct to consumers. There’s a lot of variety in the collection, and many of the patterns don’t speak to us. But simpler options can be found, such as the basic 400-Thread-Count Sheet Set, $149, and the Hayes Nova duvet, shown above in soft white with dark gray piping; $209 for a queen duvet and two shams. 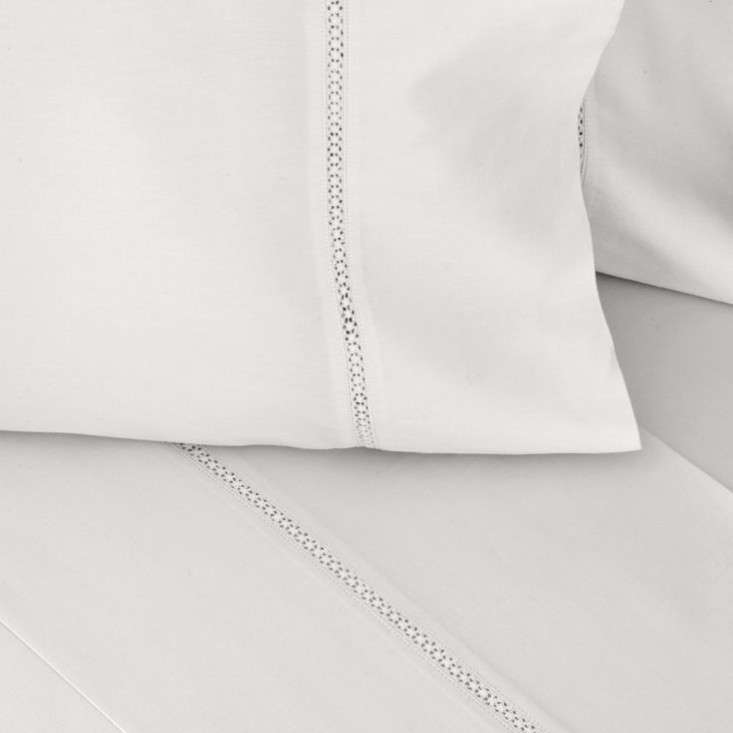 Above: Boll & Branch founders Missy and Scott Tannen say, “When we learned the story of our sheets, we were compelled to rewrite it.” Their bedding is all organic and Fair Trade certified, and what they sell for $250, they say a department store would charge $500-plus for. Boll & Branch offers sheet sets in four styles priced at $240 each (including the Trimmed Sheet Set shown here). Queen Duvet Covers range from $185 to $225. The return policy is fitting for a startup: Sleep on the sheets for 30 nights; if you don’t like them, Boll & Branch will take them back.

Above: “Never make your bed again” is Smart Bedding‘s tagline. The St. Louis company’s specialty item is a flat sheet that snaps onto a duvet cover, so that the two are connected and the bed-making process is reduced to a simple flick of the quilt each morning. Smart Bedding’s sheets are all cotton and 300 thread count, but you won’t find treatises about quality on the site–and that’s likely because the brand is still in the getting-ready-to-launch phase. You can preorder a complete Bed Set–including flat and fitted sheet, snap-to duvet cover, two pillowcases, and two shams, all available in six colors–for $189. 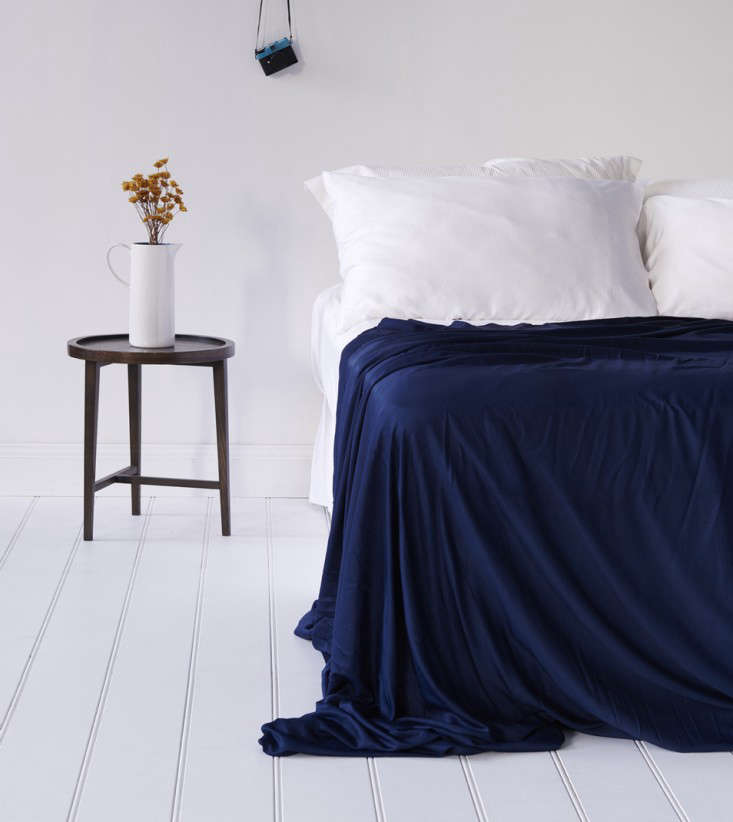 Above: Melbourne startup Ettitude focuses on eco-friendliness: Its sheets are made of organic bamboo, which according to the company is just as soft as fine Egyptian cotton but uses one-third less water and no harmful chemicals to manufacture. Ettitude has four bedding collections, each of which come in several colors. The Bamboo Daydream Sheet Set, a flat and fitted sheet and two pillowcases, is $150. Queen duvet sets range from $120 to $170. And the Bamboo Bondi Duvet Cover Set, shown here, is $130 with two shams included.

We’ve done the bedding research, so you don’t have to:

Summery Ceramics from an Avid Gardener

6 Favorites: Sturdy, Old-Fashioned “Grandmother-Style” Cotton Sheets for Winter (or Any Other Season)