Conceived in the mid-1930s, this Art Deco house was considered a house of the future when it was built. Seven decades later, with a Grade II listing, Mike Rundell from London architecture firm Rundell Associates transformed the house to a home for the present and moved in with his family.

Between the wars, innovative developer H. C. Morrell hired architects Kemp & Tasker (a firm better known for its Art Deco cinemas) to build Art Deco homes in and around London, including the “house of tomorrow” at the 1936 Ideal Home Show. Morrell’s own home in a London suburb, became the unlikely homestead for Rundell, an urban architect with strong ties to modern British artists Damien Hirst and Tracy Emin (he has also designed contemporary art galleries like the White Cube). When he first came across the house, with its period interiors nearly intact, Rundell knew he had come upon a rare find and seized the opportunity. 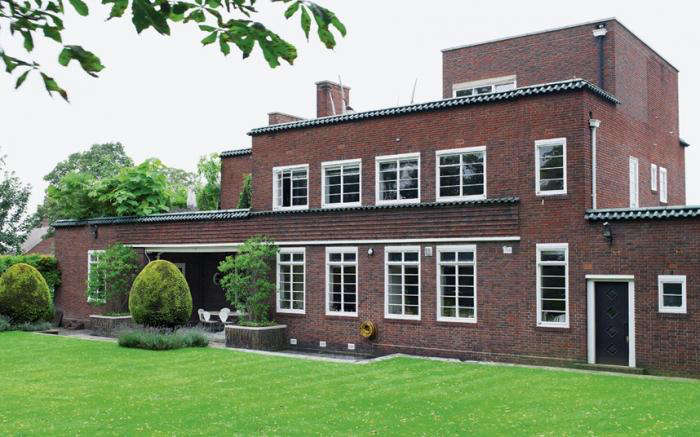 Above: The coursing of the bricks emphasize the horizontal reading of the “modern” house. Photography by Richard Powers via The Telegraph. 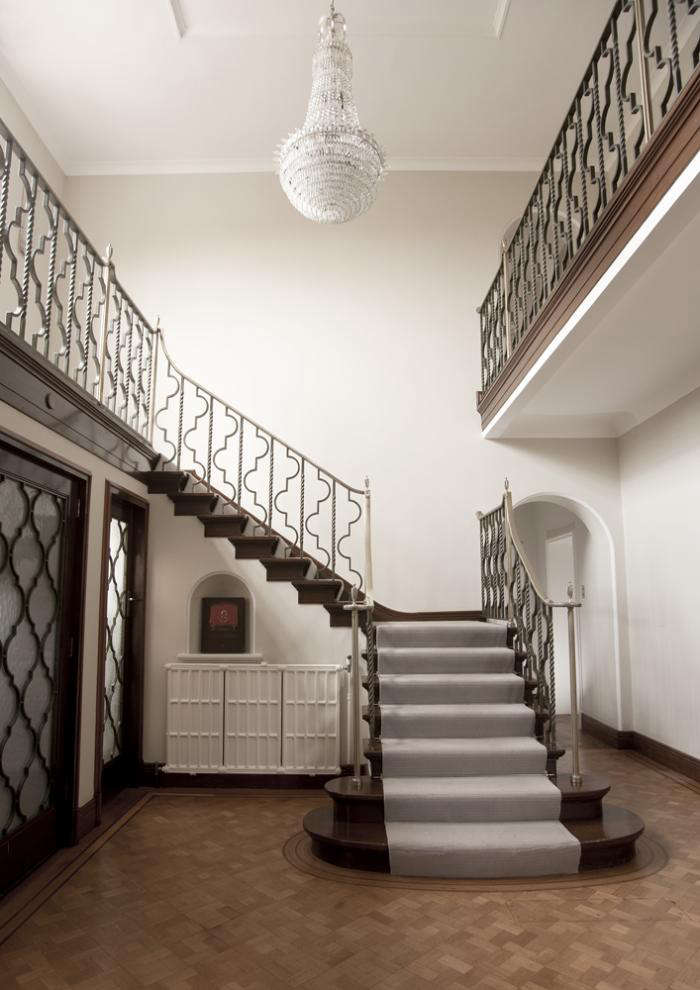 Above: In keeping with the house’s Grade II listing, Rundell preserved as many of the original details as possible during the extensive repairs and refurbishment. The glass chandelier is original to the house. 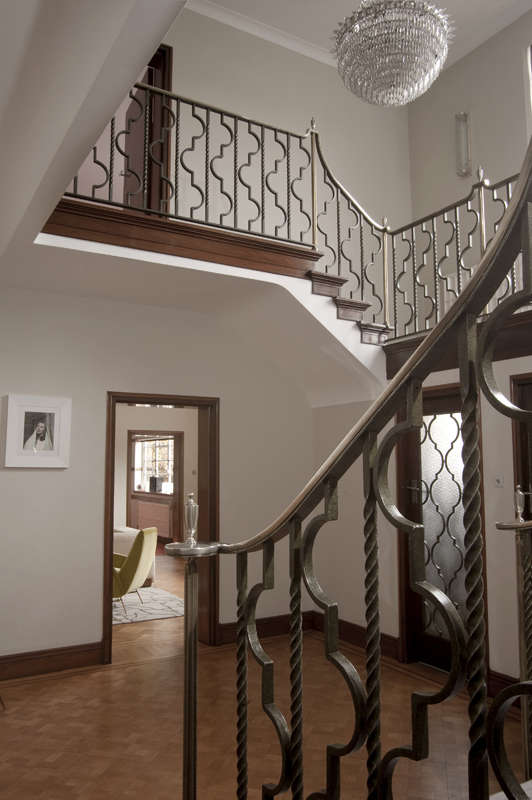 Above: The original stair rails are an example of Art Deco metal work and would have been very different in feeling to the wood handrails in other houses of the period. 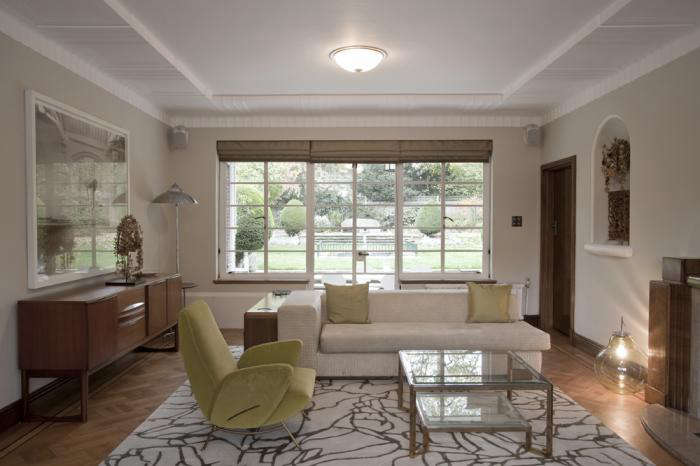 Above: The decorative treatment of the ceilings has been preserved and the furnishings reflect an Art Deco moderne sensibility. The sofa of sliding planes designed by Mike Rundell is complemented by lime velvet chairs from Schmid McDonagh. A photo by British artist Sam Taylor Wood sits above a sideboard found at Oxfam. The sculptural light on the floor is from Italian glass designer Paola Petrobelli. 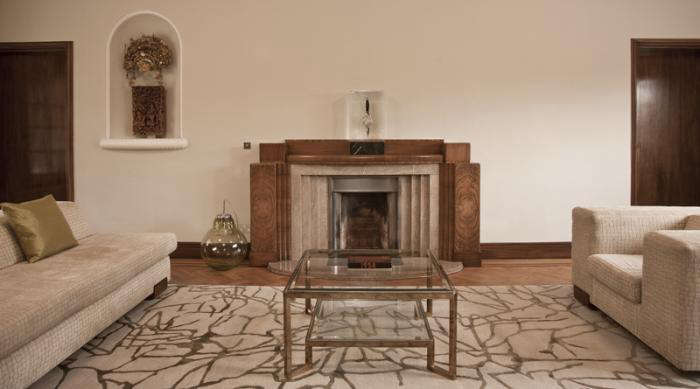 Above: Rundell worked with the interior designer Camilla Ashforth to reinstate the grandeur of the house. In front of the original Art Deco fireplace, glass coffees tables from Gallery 25 (specialists in 20th century design furniture and decorative arts) sit on a carpet by Kelly Wearstler from The Rug Company. 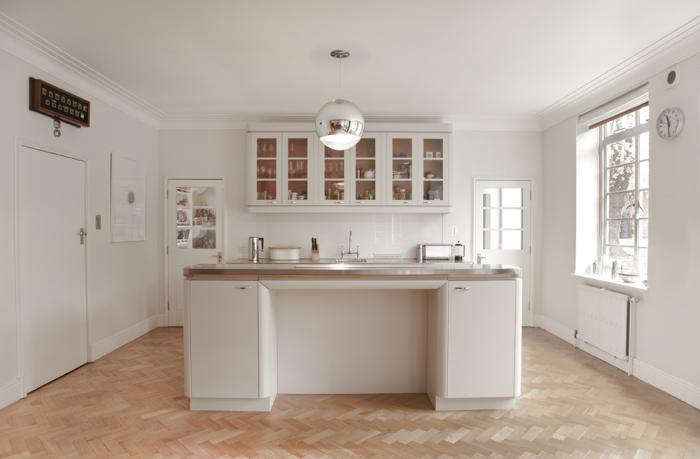 Above: The original kitchen no longer existed; Rundell designed the new kitchen to tie in seamlessly with the interiors while accommodating the needs of 21st century family living. The cabinetry draws inspiration from Art Deco furniture, while the Mirror Ball Pendant is from SCP. 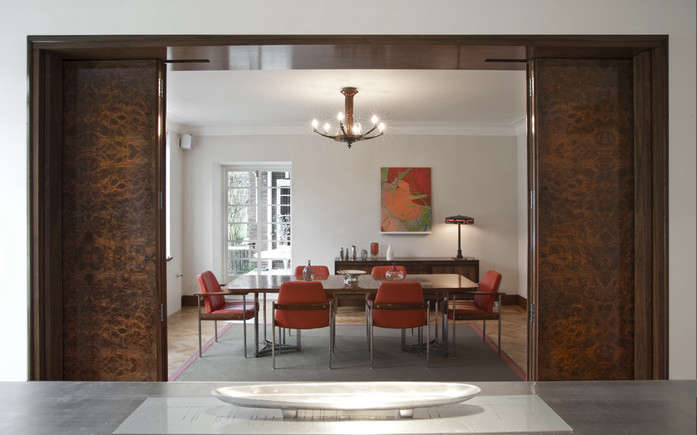 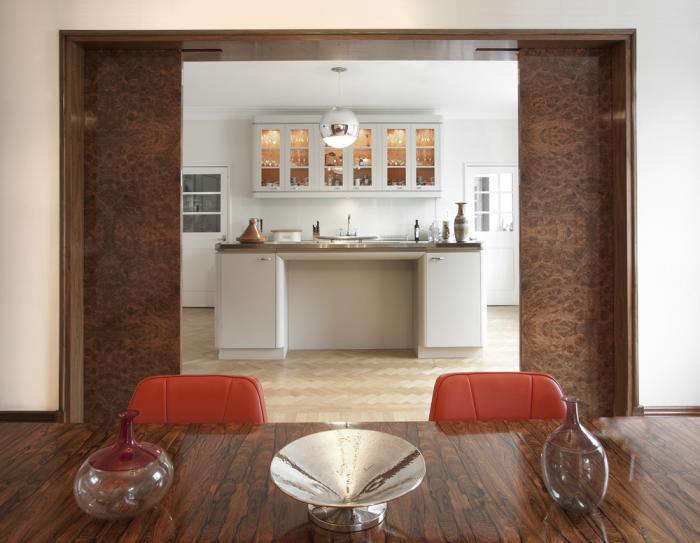 Above: Rundell combined the the kitchen and dining room, which were originally separated, into one room; a new set of a sliding walnut doors allows the spaces to function as separte rooms if required. 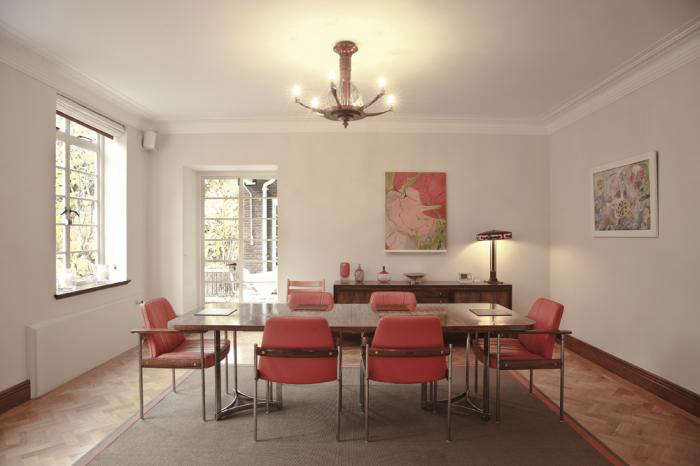 Above: The distinctive period dining room chairs and table were sourced from Christie’s; a painting from Damien Hirst Spin series hangs on the right hand wall. 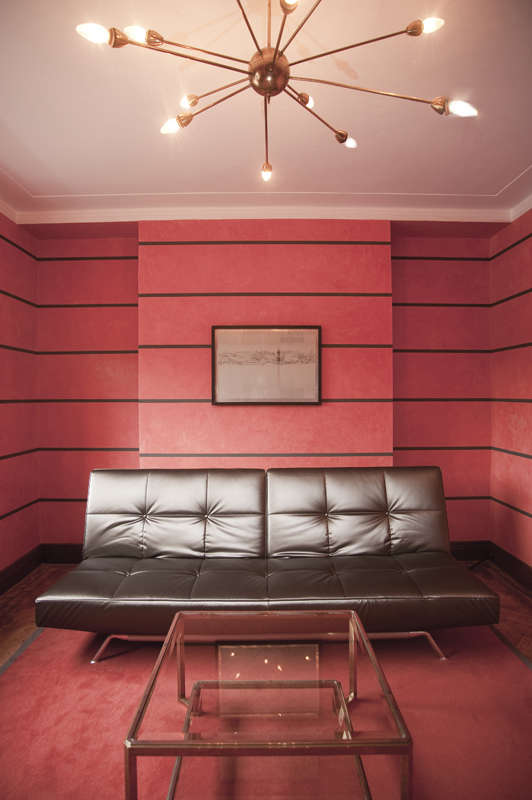 Above: The media room is resplendent in glamorous Art Deco colors and decorative wall treatment. 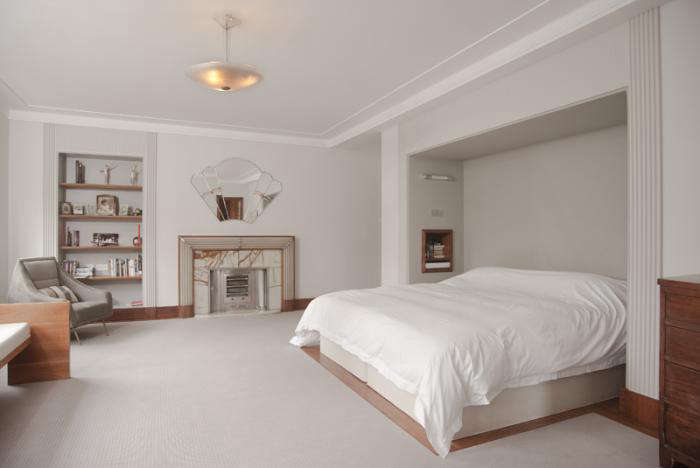 Above: The master bedroom retains many original Art Deco features, including the gas fireplace. 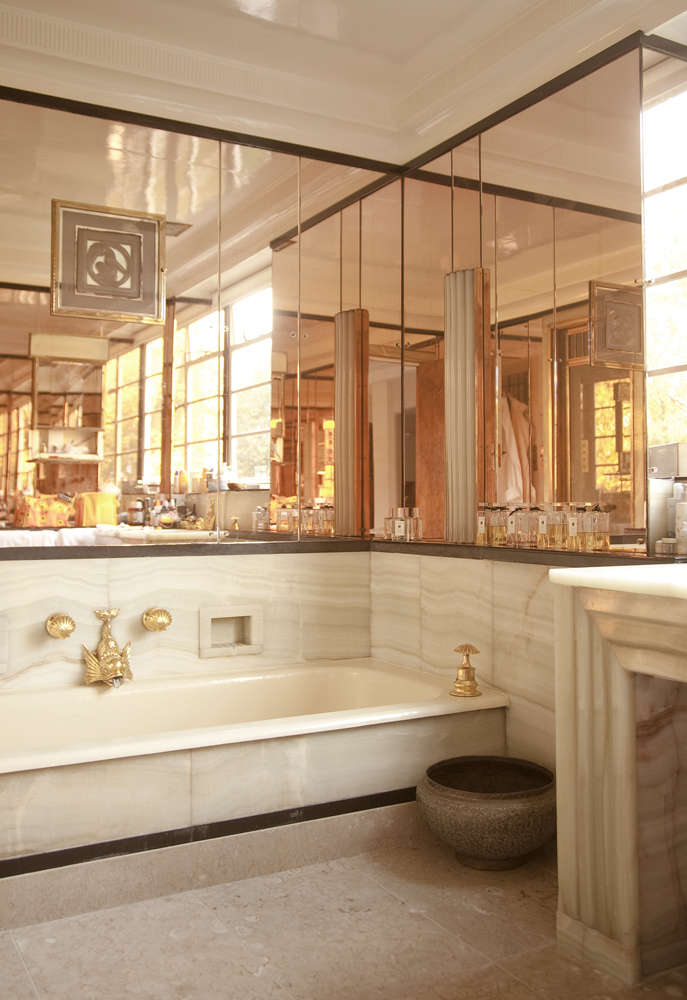 Above: The original marble and onyx remains in all four the bathrooms. 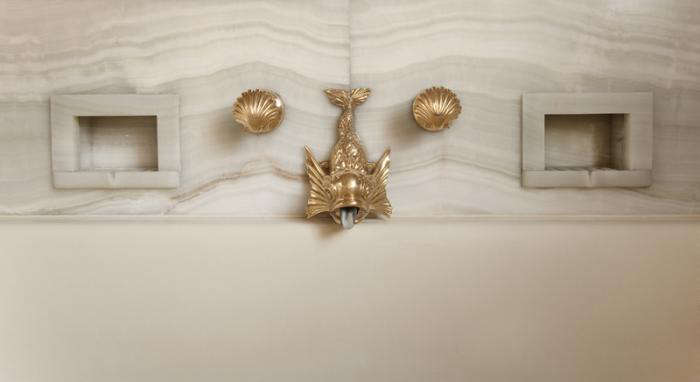 Above: The Art Deco bathroom fixtures, including the fish-shaped faucet shown above, are all original.