We asked our friend Jane Cumberbatch, a longtime proponent of simplifying and paring down, for a glimpse of what's happening this spring in her South London garden.

"Tulips are my passion, and this year there is an amazing show," reports Cumberbatch. Perfect timing—now is the season to start planning our bulb order for fall delivery. Last November, Cumberbatch, whose Pure Style philosophy extends into the garden, added 150 or so new bulbs, which came tightly packed in an order from UK company Crocus. "I planted them up, pushing each bulb well down—four to six inches—in the soil and stamping on the spot firmly so that the irritating squirrel population of the neighborhood could not dig their feisty little claws in and carry them off for a tasty bite." 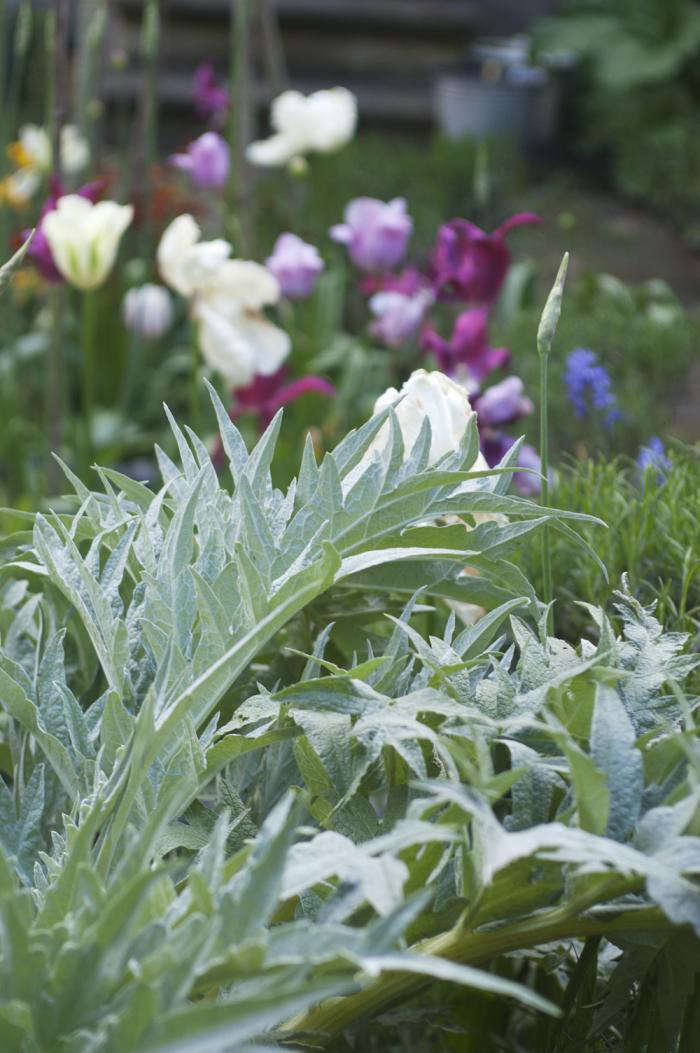 Above: "The silvery, gray greens of rosemary, lavender, and an architectural globe artichoke are fabulous green backdrops," says Cumberbatch. 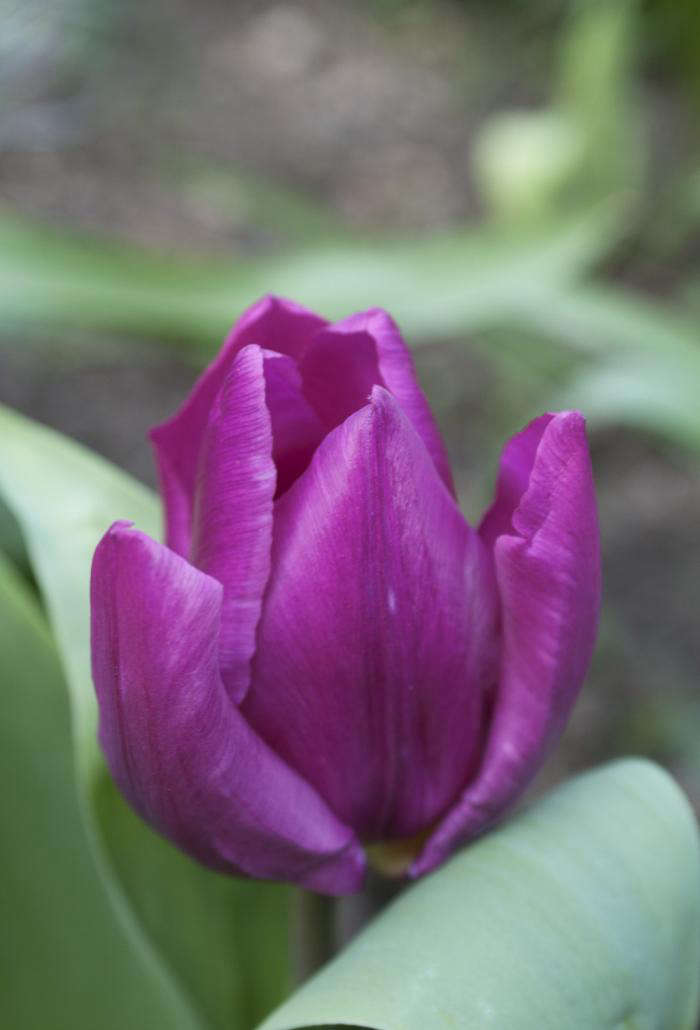 Above: "First to push up their pinky purple cups are 'Violet Beauty’–such excitement when I spot that blush of color," says Cumberbatch. "I have scattered the bulbs randomly in each of the 16 beds that make up my ‘parterre’ garden layout. I like this kind of informal distribution within a formal layout: it’s the cottage garden look, I suppose." For US gardeners, a source for Violet Beauty is White Flower Farm; 24 bulbs are $25. 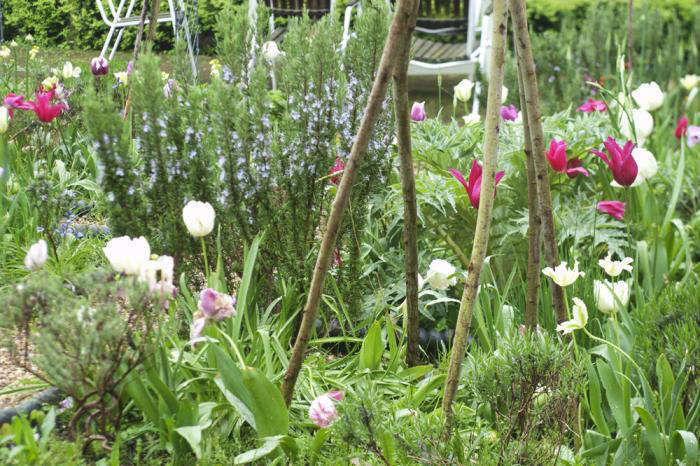 Above: Pinks, whites , purples, and blues set against a green and leafy backdrop is Cumberbatch's palette for the season. 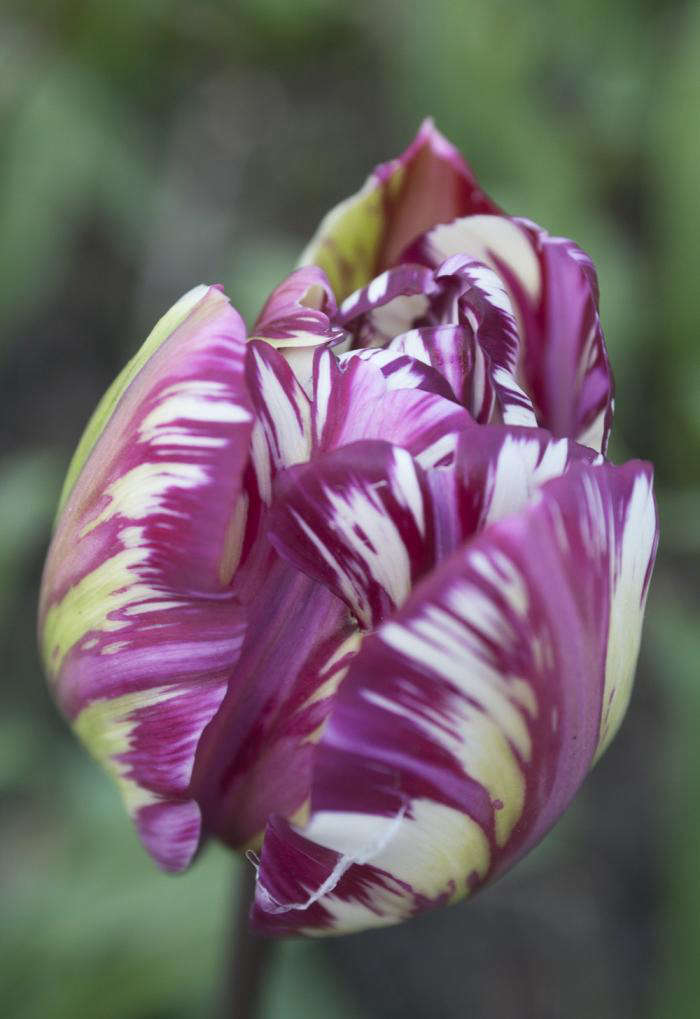 Above: "There’s something so delicious, almost edible, about the raspberry-ripple-striped Triumph tulips—they even look like heads of radicchio before they spill out into a whirl of beetroot pink and white color," says Cumberbatch. For US gardeners, Flaming Flag is $90.30 for 100 bulbs; ships in the fall from Wooden Shoe. 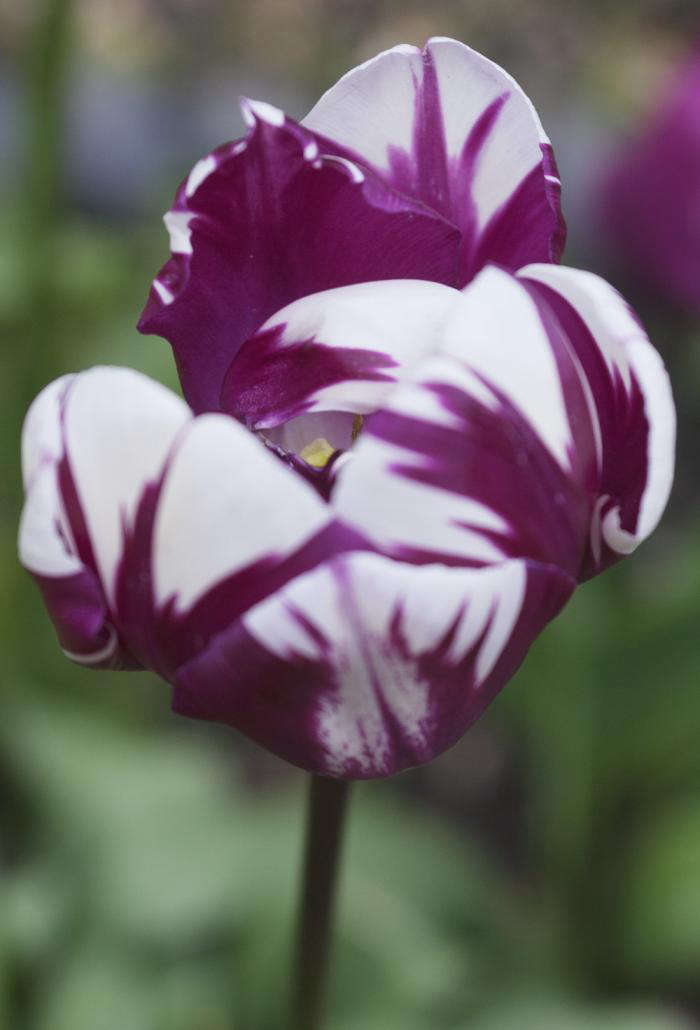 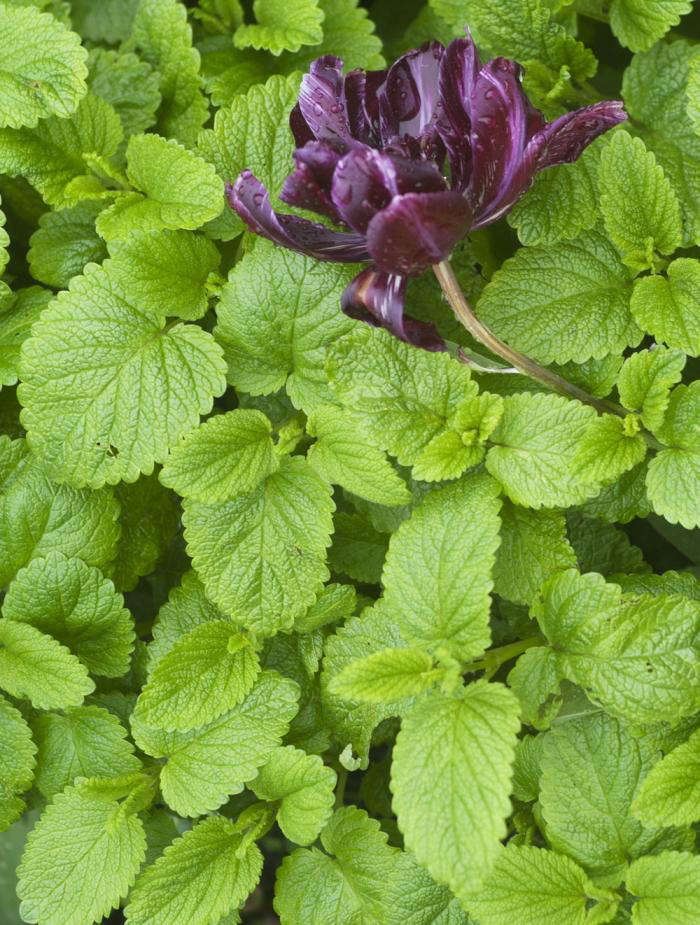 Above: "A lot of gardeners dislike the rampant nature of lemon balm," Cumberbatch says. "But I love its lime green look, and as long as I keep it trimmed into four neat-ish balls, it looks lovely against the tulip show." Black Parrot ships in the fall from White Flower Farm; it's $32.75 for 24 bulbs.

Through the Looking Glass: Karen's Tea House in Cape Winelands

Back to the Future: An Art Deco House in London

Steal This Look: A Timeless Dining Room in Somerset