Last week, I sat down to interview Corin Mellor of David Mellor Design at Heath’s San Francisco factory, where there is currently a show showcasing the UK company’s design history from the 1950s to today. Up for discussion: Mellor’s iconic cutlery (as we Brits call it), the design process, and what it was like to grow up as the son of “Britain’s most serious, modest, and greatest postwar product designer” (which is how Sir Terence Conran described David Mellor when David died in 2009.)  It should be noted that David Mellor’s designs extend well beyond silverware and cutlery and include many everyday items, from tea trays to the modern traffic light.

Corin Mellor grew up surrounded by all this design, and a large part of his childhood was spent at Broom Hall in the northern town of Sheffield, a city synonymous with cutlery and steel production, where his father had grown up. Broom Hall was a part-Tudor, part-Georgian mansion that served both as the family home and factory. Corin said that as a child the factory was his playground, a place where he tinkered with materials and made things from an early age. Before joining the family business, Corin worked as an architect, and he’s also a woodworker and furniture maker. We asked him to give us a few insights into the design of the company’s most famous item, Mellor cutlery. 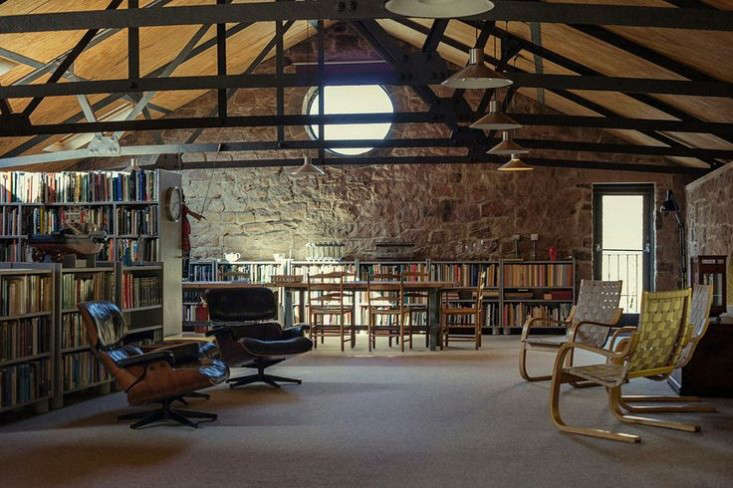 Above: Photo of the Round Building by Carol Sachs.

Above: Good design extends to the Mellor factory itself–commissioned after Broom Hall had become too small, the Round Building, the company’s current cutlery factory, was built in 1990 by Michael Hopkins & Partners. It’s located on the site of an old gasworks in Hathersage, in the picturesque Peak District National Park, west of Sheffield. Hopkins & Partners also designed a neighboring David Mellor Visitor Centre (with a museum and shop) and a residence for the family, once again ensuring that production and home are integrated.

Corin Mellor: My favorite is my father’s first, Pride, which he designed when he was studying at the Royal College of Art in London in 1953. 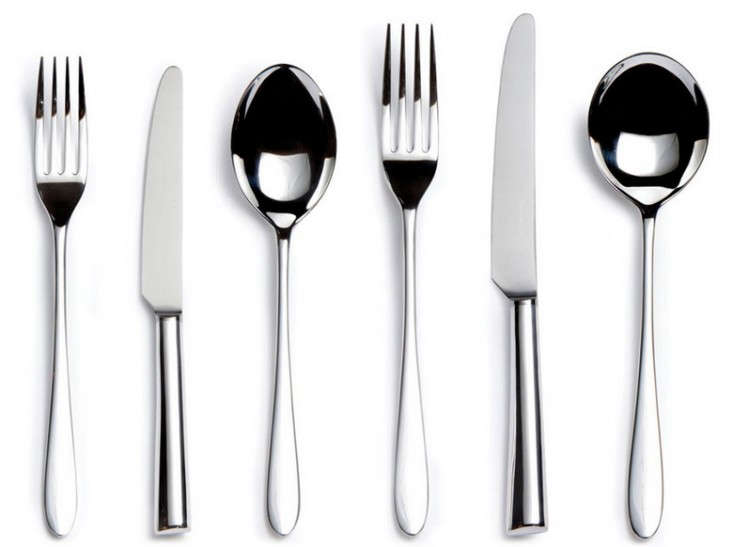 RM: What sets it apart?
CM: Although the design has a period 1950s aesthetic, it also has a timeless quality and is particularly delicate and refined both to look at and to eat with.

RM: What are the challenges you face when designing a new cutlery pattern?

CM: Cutlery is particularly difficult to design. It has to be visually pleasing, but, perhaps more importantly, it also has to function as a tool. Getting the balance between these two right took me quite some time and during the process, which stretched out over six months, I certainly learned a lot.

RM: What did you learn most from your father about design in general?

CM: Truth to materials, form follows function, and not being overly concerned with style and fashion. 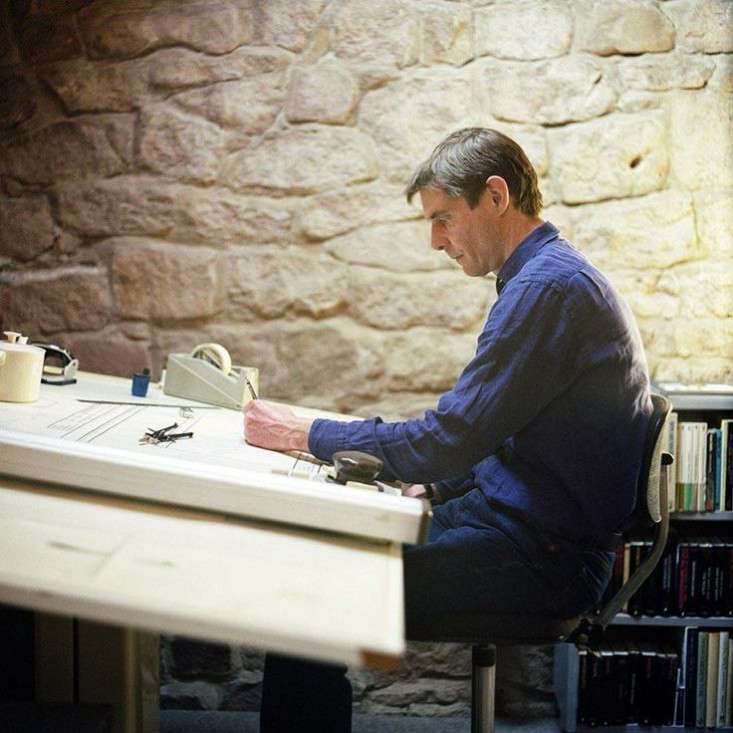 Above: Corin Mellor at work; photo by Carol Sachs.

RM: If there was no David Mellor, what would you use for cutlery?

CM: I’d probably go back to my roots and use an early silver Sheffield design with bone handled knives.

RM: What should we be paying attention to when we buy cutlery–the weight, the feel? What makes a perfect knife, fork, and spoon?

CM: There are many, many shapes and designs of cutlery, but ultimately, choose a design that aesthetically attracts you. The next criteria should be how that particular design works in the hand. Some people prefer a lighter, finer design such as Pride, while others like the feel of heavier cutlery, such as London. It might be that you take a couple of pieces of different designs home to test them in the home environment, as many of our customers do. Since you’re likely to be using cutlery up to three times a day for many years, the decision is quite important. You might actually be spending more time eating with your cutlery than driving your car! 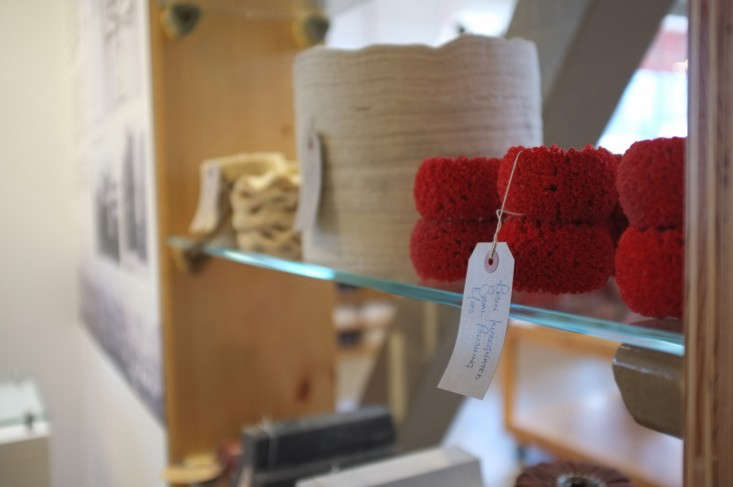 Above: Some of the components used in the finishing of David Mellor cutlery include calico dusters and polishers. Most of the fine work happens once the pieces have been pressed from the steel. Photograph by Catherine Bailey.

RM: Tips on caring for cutlery?

CM: Cutlery will ultimately become scratched. This is inevitable, no matter how expensive the cutlery; it can’t be avoided. You’ll notice the scratches after a few months use, but as the cutlery ages, it will gradually develop into a nice patina. Our spoons and forks are made from 18/10 stainless steel, material that is virtually indestructible and very rarely causes any problems. Knife blades, however, are made from a different grade of stainless steel with a higher carbon content that enables the blade to be sharpened to a cutting edge. This material is slightly more susceptible to corrosion. We therefore recommend that knives are removed from the dishwasher at the end of the cycle, or even better, washed and dried by hand.

CM: In the UK, the most popular are Pride and Paris. In the USA, it’s Chelsea and Provení§al. 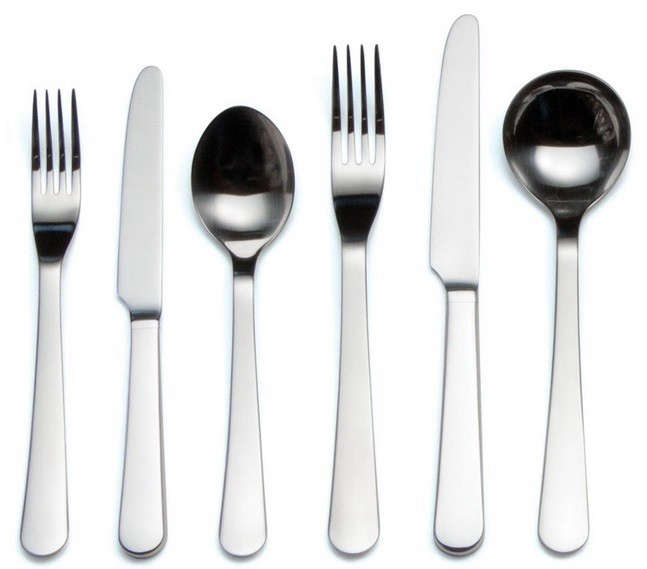 Above: Corin Mellor’s Chelsea Flatware is $96.25 for a set of five from Heath

RM: What makes these pieces so timeless?

CM: Apart from Chelsea, which is new, all of the designs have been in production for more than two decades. They have a sophisticated yet understated aesthetic and aren’t trying too hard to make a statement. They therefore can stand the test of time. 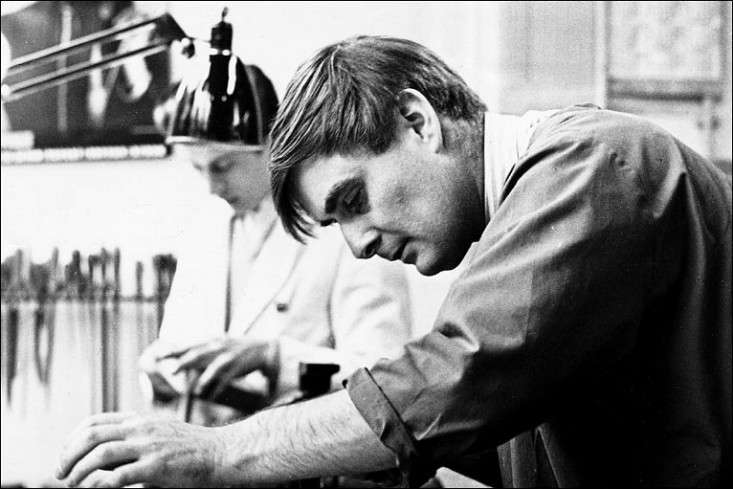 Above: David Mellor at work; image via the BBC.

RM: Your father’s biggest influence on you?

CM: Keep on designing until you’ve got it right. This often means a long process that may result in scrapping a design or revisiting it at a later date.

See more of the David Mellor products that we’ve previously featured. For information on what to look for in knives, go to  Knife Advice from the Town Cutler.

Material Girl: Eleanor Pritchard Has a Way with Wool

A New Kind of Luxury: The New Craftsmen in London