On my recent trip to Provence, I visited the Hôtel Nord Pinus in Arles' Place du Forum, which resonates with the ghosts of Hemingway and other noteworthy artistic figures including Picasso and Cocteau.

As the gateway to the wild Camargue, the city of Arles is famous for its bullfighting, cowboys, and its artistic and exotic personalities. Despite being closed for the season, I could still sense what the hotel was like in the 1950s when it was famously run by Nello, the clown, and his cabaret singer girlfriend, Germaine. Frequent guests would have included artists, writers, singers (Edith Piaf and Yves Montand), and bullfighters who had come to fight in the Roman amphitheater down the street.

When current owner Anne Igou purchased the hotel in 1989, she restored the interiors with an eclectic personal style that ensures that the hotel's illustrious past meets the 21st century in style. “The Hôtel Nord-Pinus belongs to the memory of all Arlesians," writes Christian Lacroix on the hotel's website. "As a child, it was for me the temple of vacationing, of high society, and above all of bullfighters. As if it were an initiatory trip taken the other way round starting from the Place du Forum, but without leaving it, to reach Paris, Spain, the world." 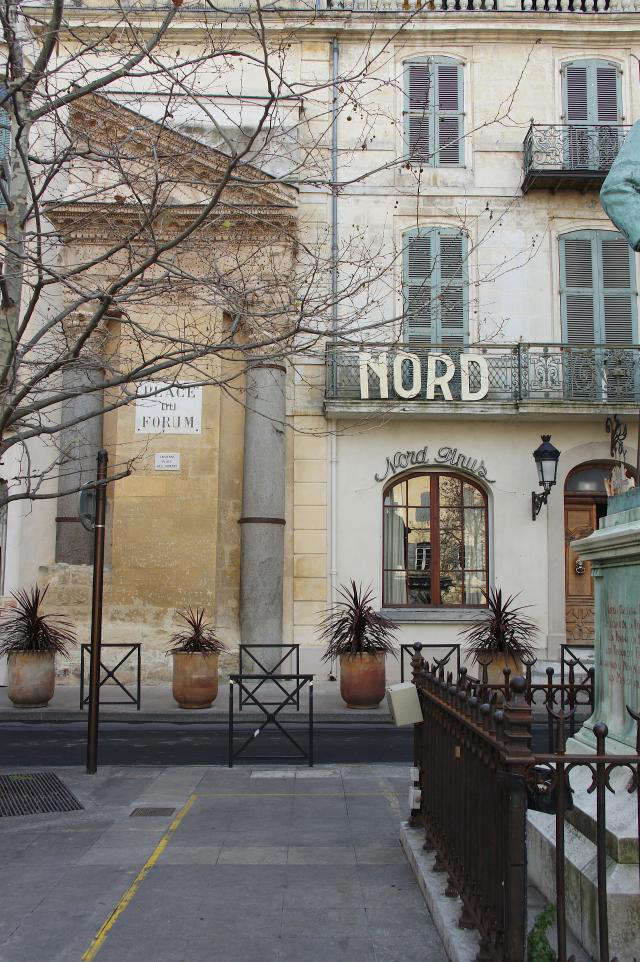 Above: The Place du Forum was the subject of Vincent van Gogh's famous painting Cafe Terrace at Night. A street sign has been installed on the remains of a Roman monument, which peers through the 19th-century facade of the Hôtel Nord Pinus. Photograph by Christine Hanway. 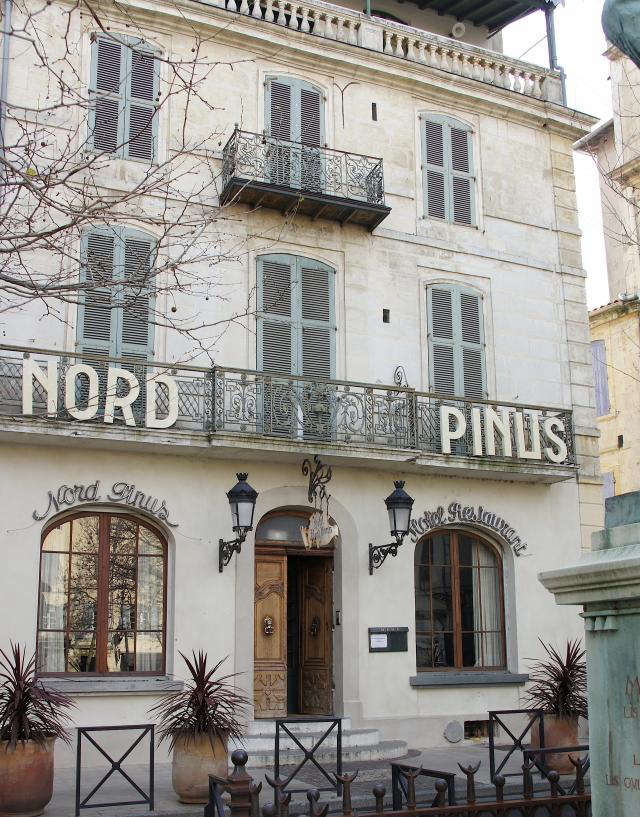 Above: The Hôtel Nord Pinus is housed in a classic French townhouse. Photograph by Christine Hanway. 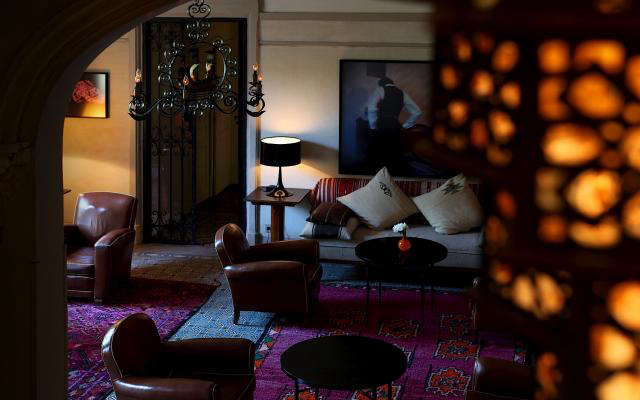 Above: The dramatic height of the lobby adds to the allure of a an exotic room where midcentury furnishings and colorful Moroccan rugs sit on top of marble-tiled floors. Photograph by Miguel Rio Branco. 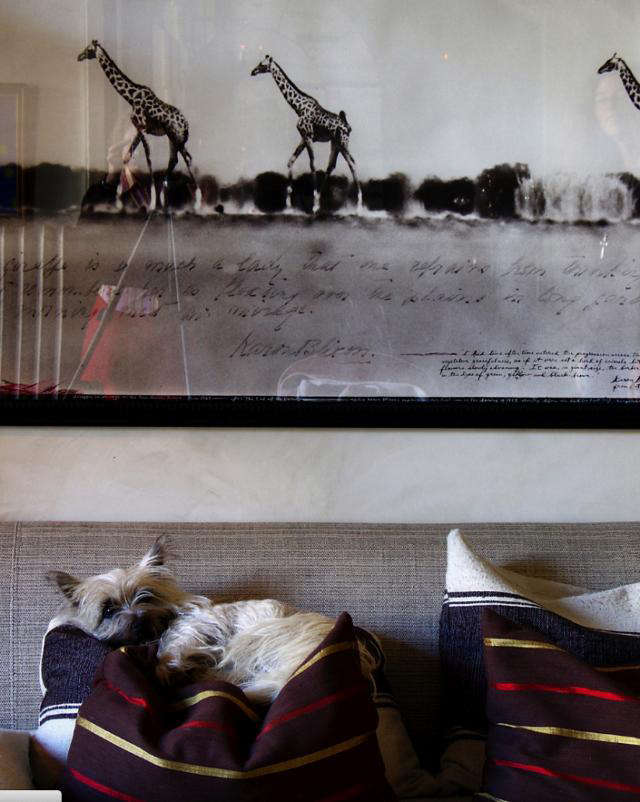 Above: In the lobby hangs a black-and-white photo of an African landscape scrawled with passages from Karen Blixen's Out of Africa (it's by the iconic adventure photographer Peter Beard, who is a personal friend of the hotelier). Photograph by Peter Beard. 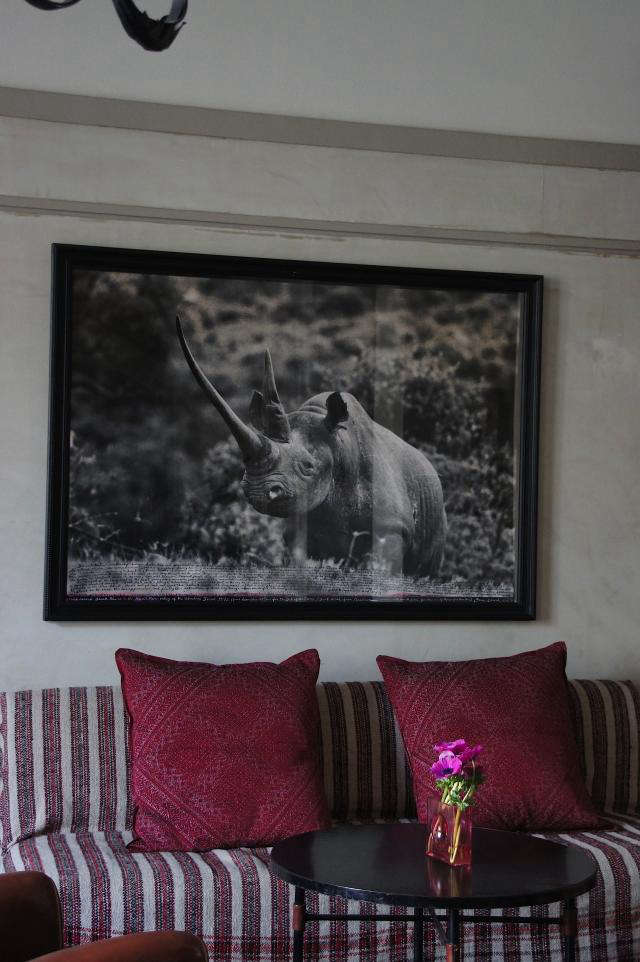 Above: A black-and-white photo by Peter Beard contrasts with colorful textiles. Photograph by Christine Hanway. 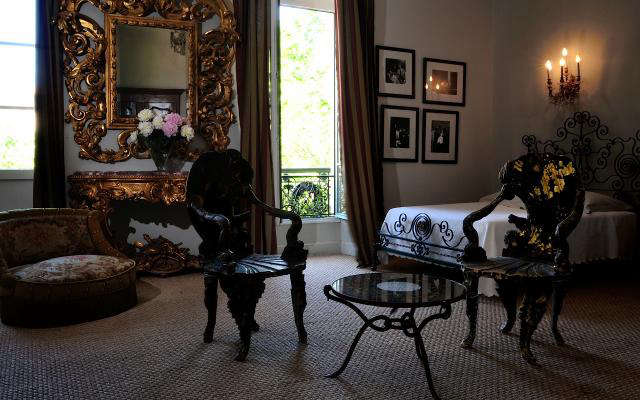 Above: The great bullfighters of the 20th century, who came to fight in the Roman amphitheater of Arles, stayed in this room. Photograph by Anne Cantat. 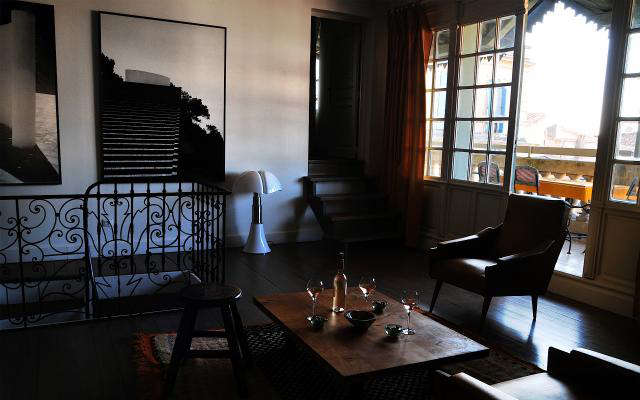 Above: The Apartment has a terrace that looks out onto the Place du Forum. Photograph by Anne Cantat. 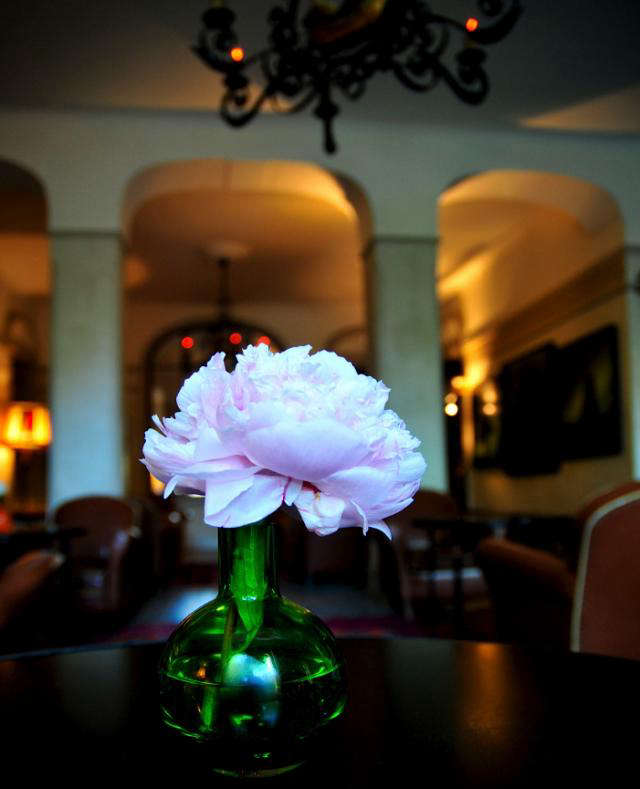 Above: Simple arrangements of peonies decorate the lobby. Photograph by Peter Beard.