Art-collecting architect Julius Kranefuss is not afraid of grandmotherly tea sets or toile wallpaper. His firm’s motto? “We do architecture like others do drugs.” 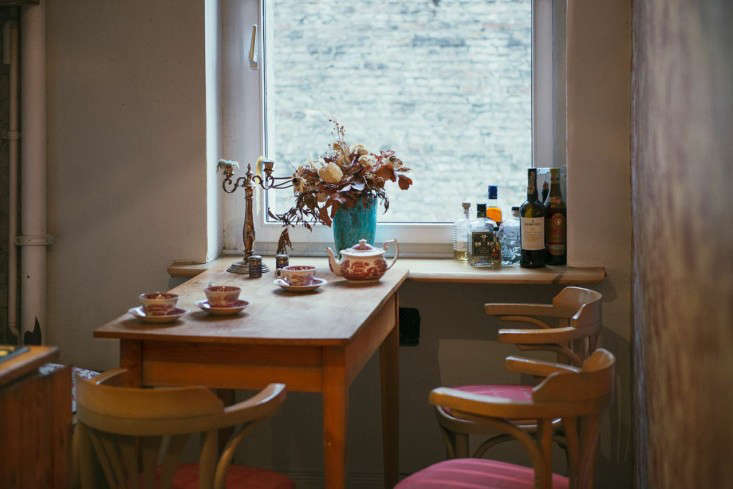 Above: The Willow tea set was given to Julius by his mother; he chose his kitchen’s red toile wallpaper and pink-striped upholstery to match it. 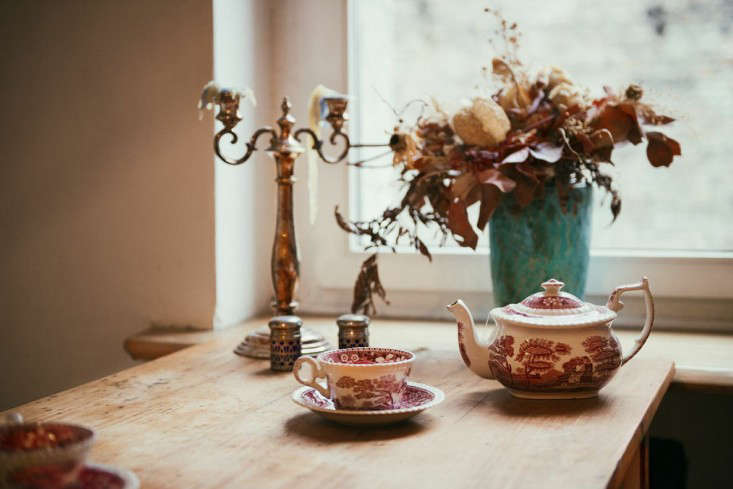 Above: The china pattern plays well with an antique candelabra, salt and pepper shakers, and a vase of dried flowers.

Julius studied at Bauhaus University in Weimar, Germany, before working for design stars Rem Koolhaas and Massimiliano Fuksas (the latter’s work appears in 10 Easy Pieces: Architect-Designed Flatware), then establishing his own firm, Zweidrei. 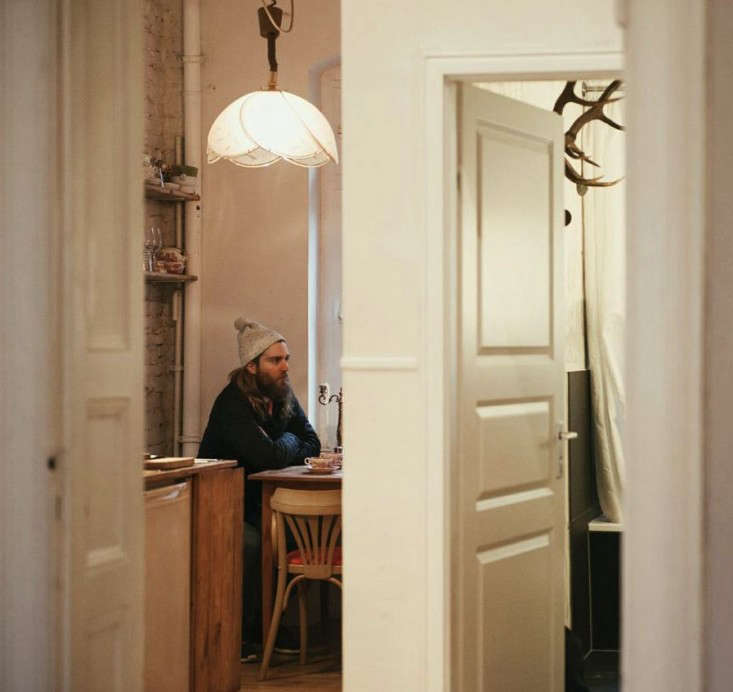 Above L: Julius in his kitchen. Above R: The two-toned bath.

When he first started his practice, Julius was interested in the idea of “media architecture,” the capacity of architecture to govern social interactions. He asked, “How can one, with the help of architecture, create social spaces and urban identities?” 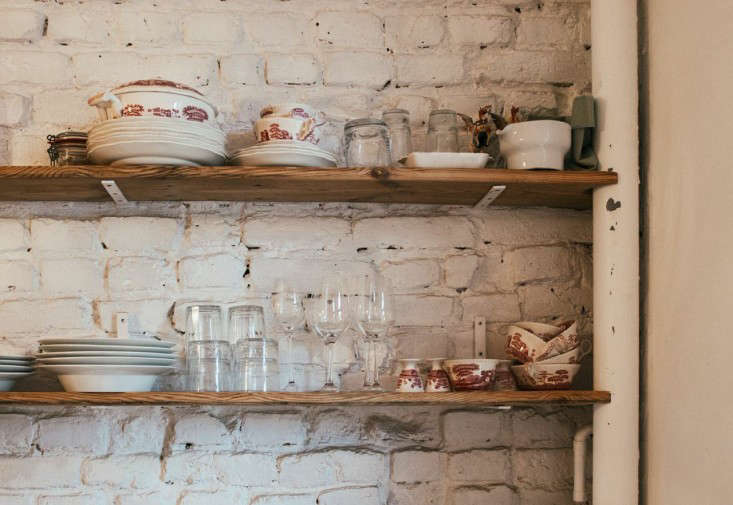 Above: A white-painted brick wall serves as a rough-hewn backdrop for his tableware. (Note that he sticks with clear glass and white ceramics with his Willow ware.)

The effects of space on people may be an interest Julius gleaned from life in a large family, where, he says, “The first thing you learn is to be considerate of others.” 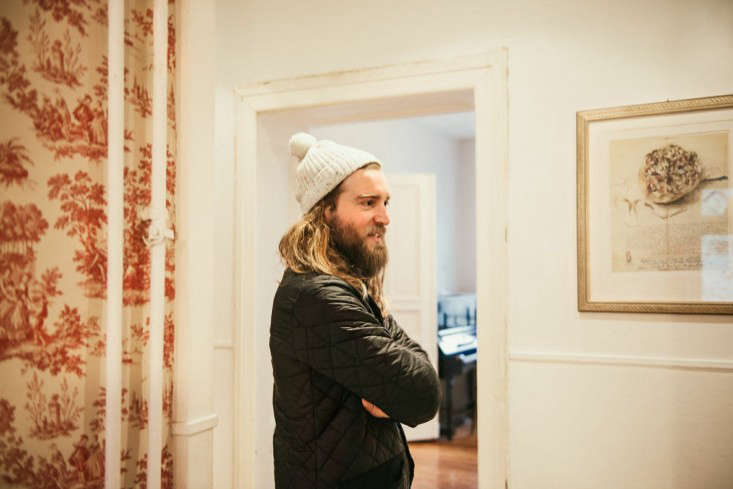 Above: A glimpse of Julius’s toile wallpaper. 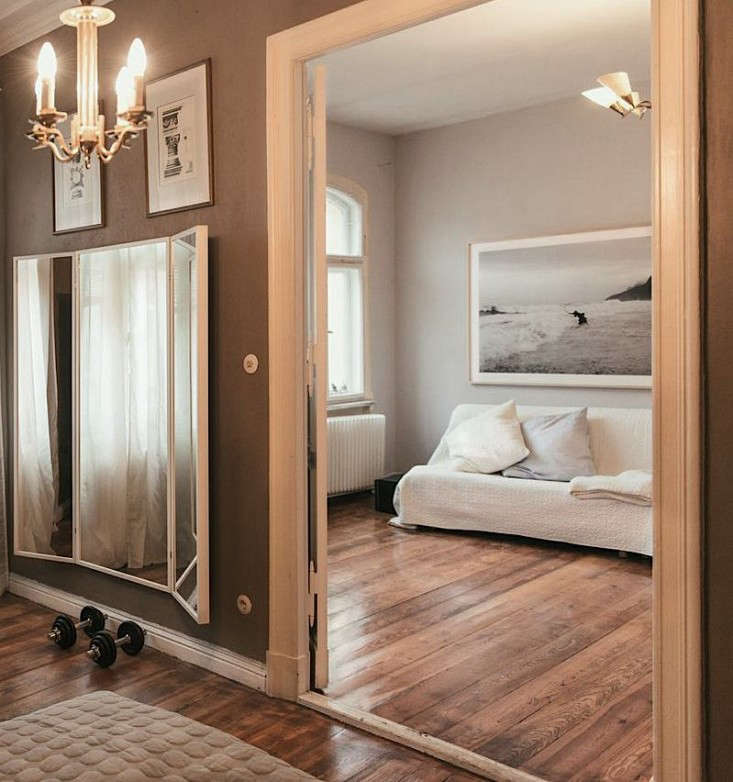 Above: The practical and the beautiful: a wall-hung three-way mirror in the bedroom. 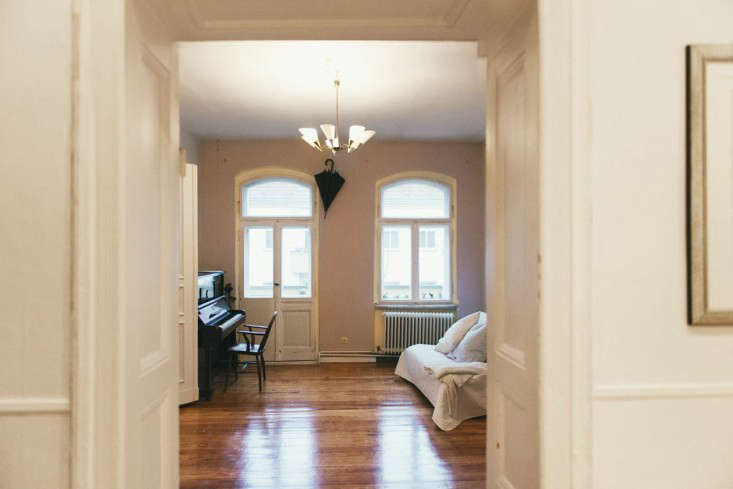 Above: A dusty pink wall in the sitting room with a part-art, part-practical umbrella.

Though he works on a computer all day, he doesn’t have Internet in his apartment–”to maintain a necessary distance to work,” he says. “Working with my hands is a part of me that I can live out in my apartment.” 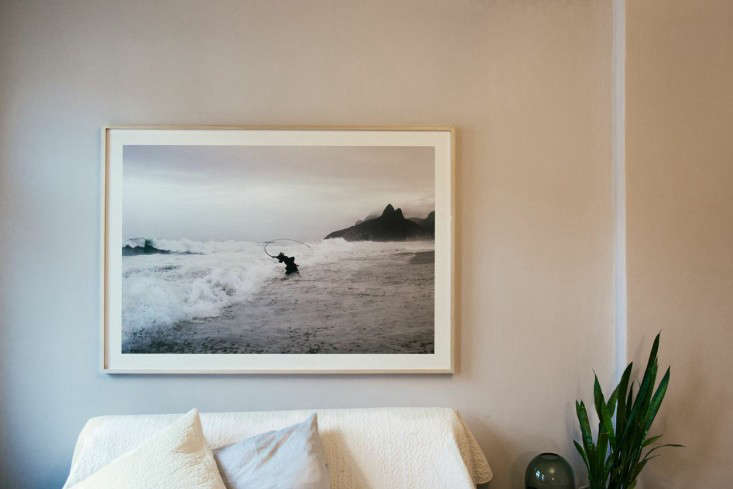 Above: “I grew up in a very art-interested family; we used to go in every museum. At the time I couldn’t understand it and would have rather gone to the beach,” says Julius. He’s now an avid art collector. 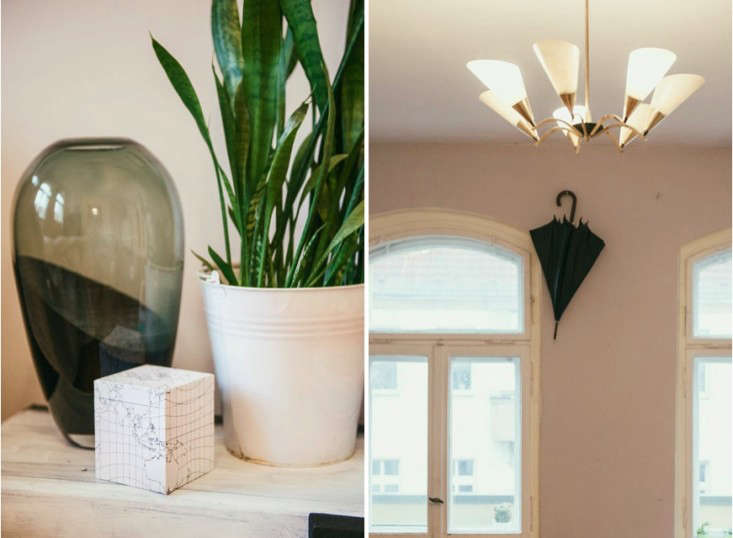 Above L: A sofa table vignette. Above R: A midcentury chandelier in the sitting room. 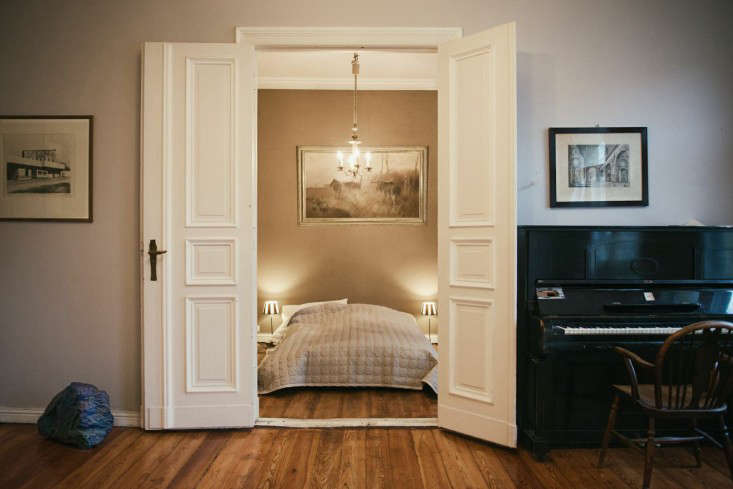 Above: Julius collects work by contemporary artists, including Horst Janssen, Julius von Bismarck, and Santiago Taccetti (a piece by the Berlin-based Argentinian sculptor sits to the left of the bedroom door). He balances modern work with vintage pieces, such as the wildlife painting over his bed. 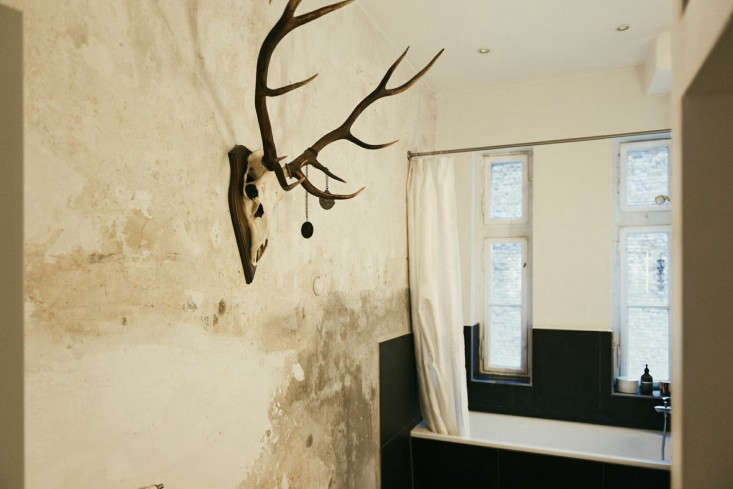 Above: Antlers given to Julius by his grandfather decorate the bathroom. See more of Julius’s place and his work setup at Freunde von Freunden.

Keep exploring artists’ interiors and ways to bring art into your own rooms:

Table of Contents: Creatives at Home

A Rustic Modern Hangout in Berlin

Lessons in Mixing and Mismatching: Merci Reinvents a Paris Apartment