A mysterious brass censer–and incense formulated to evoke “the hours of a most inspired day.” Cleopatra would be on board (and we’re pretty intrigued, too). The design is the work of Gabriel Hendifar and Jeremy Anderson, the duo behind Apparatus, one of our favorite New York lighting studios, now sniffing out new territory. 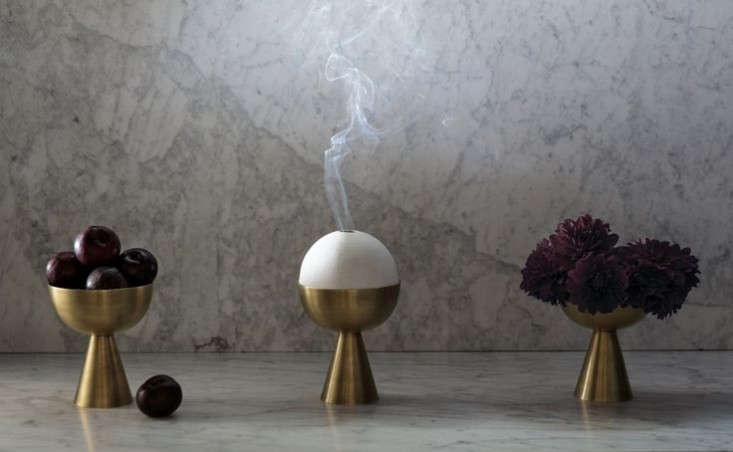 Above: The porcelain-topped Censer is made of spun, cast, and machined brass, assembled, the designers point out, “to create a form that recalls a chalice.” 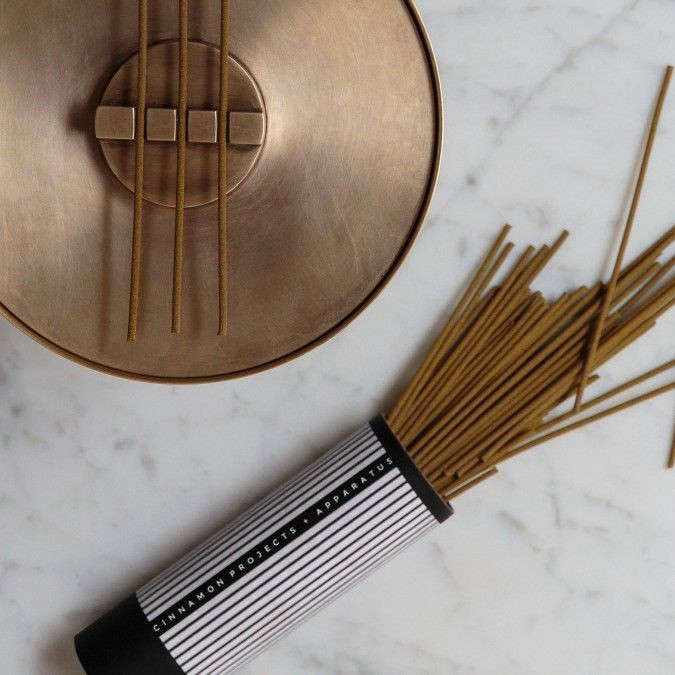 Above: The censer opens to reveal slots for incense in the center. Apparatus collaborated with Cinnamon Projects of NYC to offer two special scents, which, like the rest of Cinnamon’s just-introduced Series 01 set, are blends designed to capture moments: 11 AM is a sprightly mix of ginger, neroli, and violet; 10 PM contains “notes of cedar, iris, patchouli, rose, and tobacco.” Each stick works its magic for about 25 minutes. 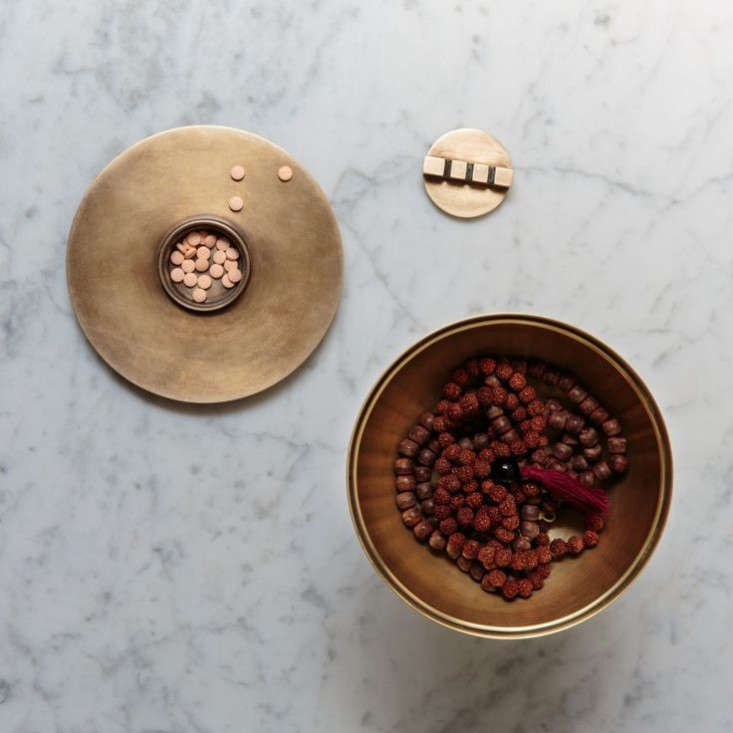 Above: “We love the idea of the censer being an object with uses that aren’t obvious,” says Gabriel. It evolved into a surprisingly multifunctional piece: With the dome and incense tray removed, the base works well on its own as a vase or bowl for fruit or objects (such as the beads shown here). And the incense grooves unscrew “to reveal a little secret compartment that’s the perfect size for a tea light or a place to store other small items.” 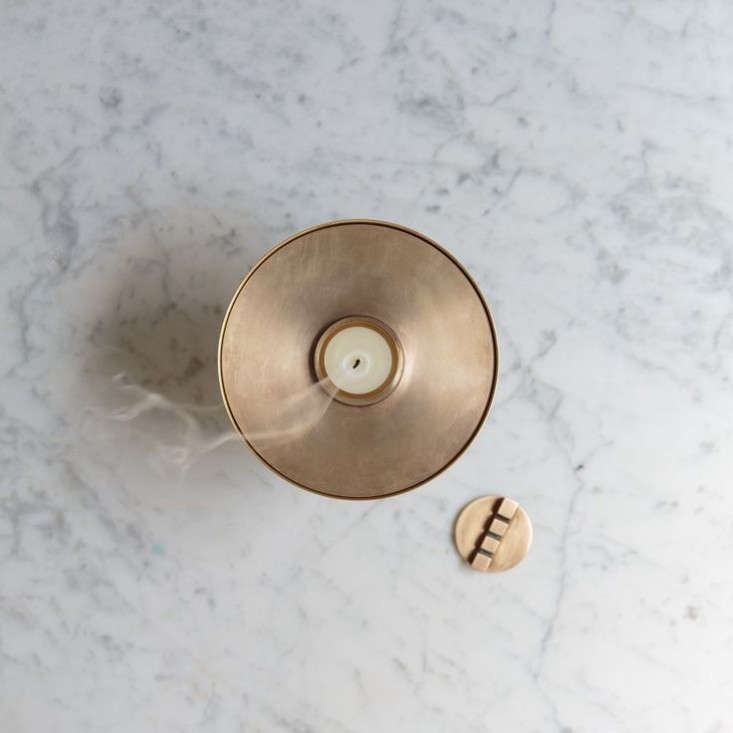 Above: The censer as candleholder. With the porcelain top on and a lit tea light in place, the dome glows. 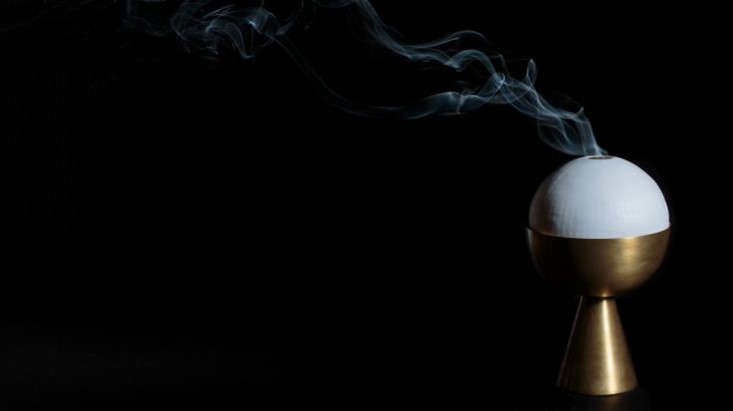 Above: The Censer is available from Apparatus for $820, 120 sticks of Cinnamon Projects incense included. Go to Apparatus to see the rest of the new tabletop collection as well as the company’s signature lights. And see our posts about Apparatus: Lighting Mashup and Stealth Glamor at ICFF.

Fade to Black: 13 Subtle, Stylish Ways to Get in the Spirit of All Hallows’ Eve

The Witching Hour: 10 Times a Broom Doubled as Decor, from the Archives