Whether they’re destined to be writers, musicians, or textile designers, the greats in life often find their calling early.

Brooklyn-based designer Aelfie Oudghiri discovered her passion for rugs as a young teen when, during a family trip to Istanbul, she purchased her first carpet. Aelfie explains that it was the ancient language of rugs–the regional history, cultural symbolism, and individual personality–that initially drew her in, and continues to engage her: she’s now both a designer of modern carpets and a dealer of vintage pieces from around the world. In Aelfie’s own collection of dhurries, which are all handmade in India, the former religion major from Columbia weaves together sacred symbols of the past with her own icons. Carrying on this “ancient conversation of weaving,” she sees her work as not simply a modern take on an age-old tradition, but as part of evolutionary continuum. 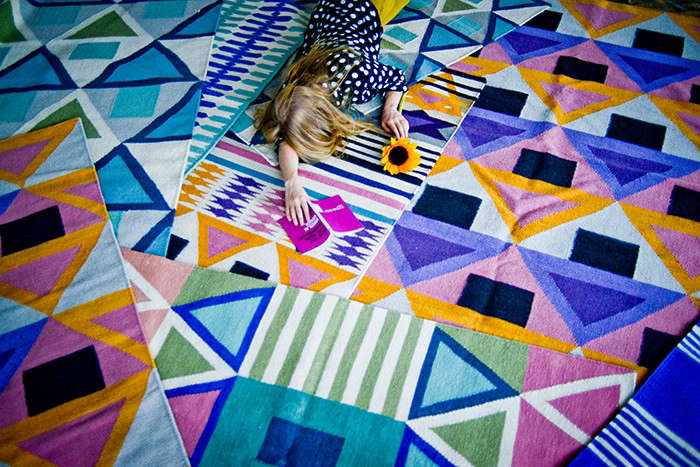 Above: Featuring bold geometrics in bright colors, Aelfie’s designs draw on ancient symbolism set within the context of her own life and experiences. They’re made of 80 percent wool and 20 percent cotton. 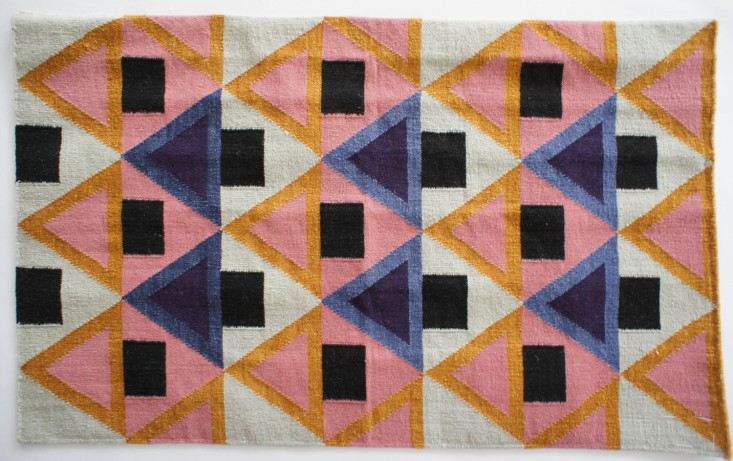 Above: In each of her designs, including the Morgan shown here, Aelfie weaves a bit of imperfection as “a form of humility,” because according to ancient tradition, perfect is reserved for God alone. It’s available in five sizes; a 5-by-7 foot rug is $495. 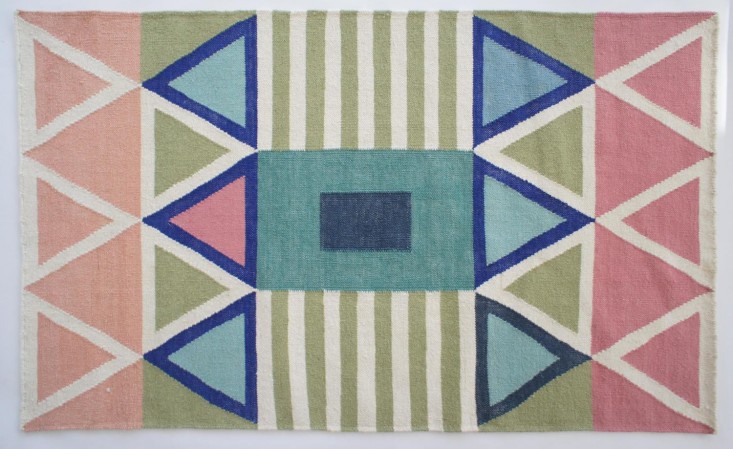 Above: Lounah is named for Aelfie’s grandmother, and features a protective evil eye at its center to watch over those who use it. The pattern is available in four sizes; a 4-by-6 foot rug is $348. 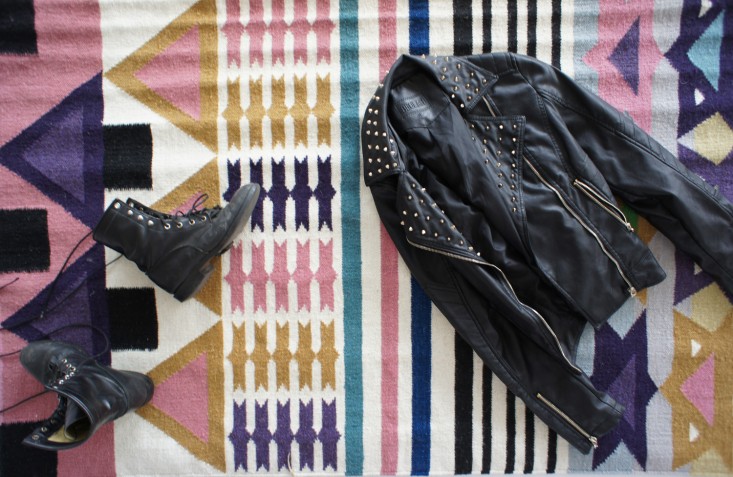 Above: Reasonably priced, Aelfie’s rugs, such as Heat Wave in Rajastan, start at $217 for a 3-by-5 foot design. 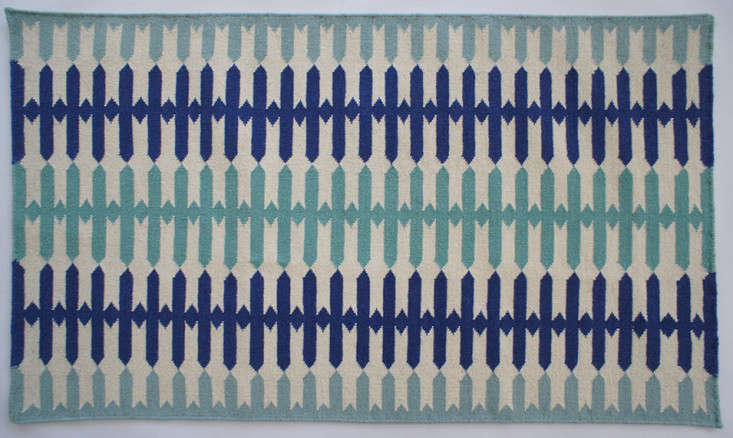 Above: In addition to her patterns, Aelfie’s colors are symbolic. The blues and greens in the Olivia rug evoke the sea and sky. It’s available in four sizes; the 5-by-8 is $560.

To hear Aelfie describe her process and the meaning behind her rugs, watch this video presentation from Apartment Therapy. Novice buyers might also enjoy Aelfie’s Three Quick Tips for Buying Your First Rug via the Huffington Post. To see her full collection, including vintage rugs, go to Aelfie.

Want more world-wide rugs? Some of our favorites include a New Collection from Spain’s Rug Doyenne and these High/Low Beni Ouarain Morrocan Rugs. And you might want to recline on your new carpet with some of Alexa’s Moroccan Preserved Lemons and Sarah’s Home Cured Olives

Abode in Bombay: The Ace Hotel of India?