British architect John Winter,  who died in 2012 at the age of 82, was known for his quiet modernist designs. His most celebrated project was his own house, built in 1969, which featured the first domestic use of Corten steel in the UK (when it was completed, his colleagues gave him a plaque with the inscription “Rust in Peace”). Winter attended the Architectural Association in London, won a scholarship to study under Louis Kahn at Yale, and then moved to San Francisco, where he worked for Charles and Ray Eames as well as Skidmore, Owings & Merrill before returning to London, where he did time in the office of Erno Goldfinger (yes, the inspiration for the Bond villain) before setting up his own practice.

After obsessively researching him, I’m putting Winter in my “People I Wish I Had Met” file, based on the following:

Photographs of the Corten House via Modern Estate Agents.

Above: Winter’s Corten-steel-framed building, the first domestic use of the material in the UK. 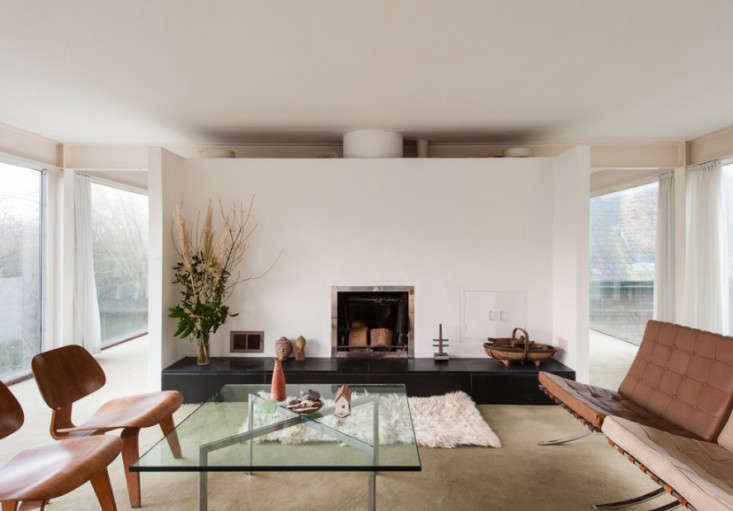 Above: To take advantage of the misty views over London, Winter located the living room on the top floor of the three-story house. 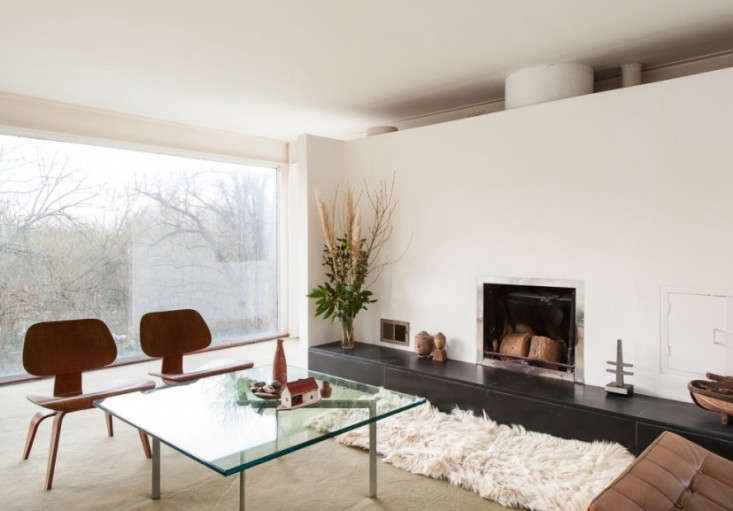 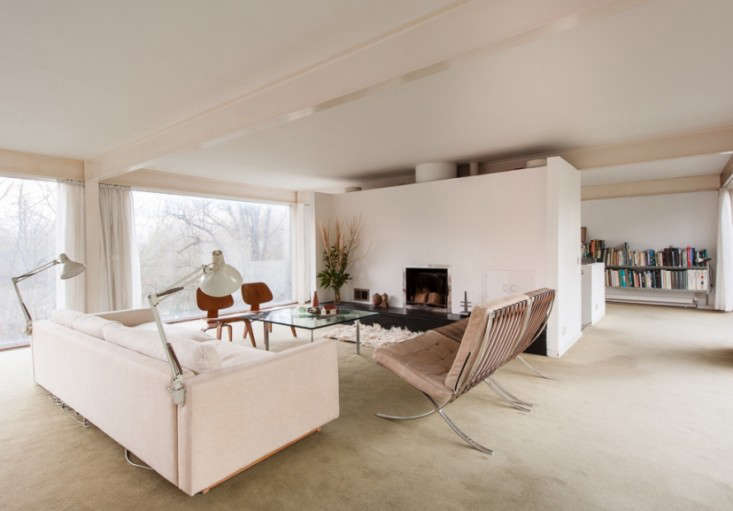 Above: Note how Winter cleverly attached architect’s lamps to the back of his sofa for task lighting. 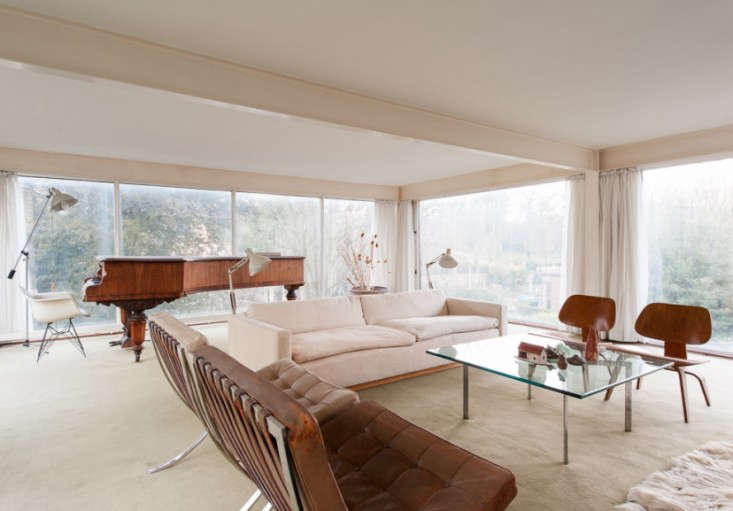 Above: A grand piano holds court in the living room, mixing comfortably with the midcentury seating. 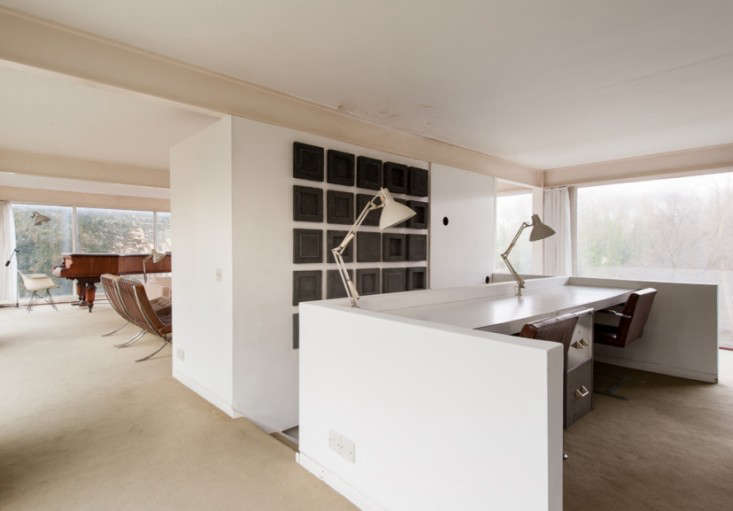 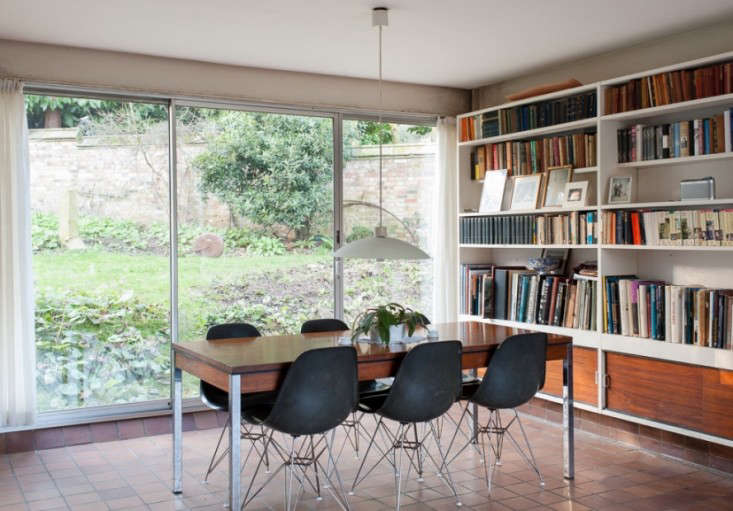 Above: The dining area and kitchen are on the first level. The floor is made of hard-wearing quarry tile (Winter’s wife Val hosted playgroups for local children). 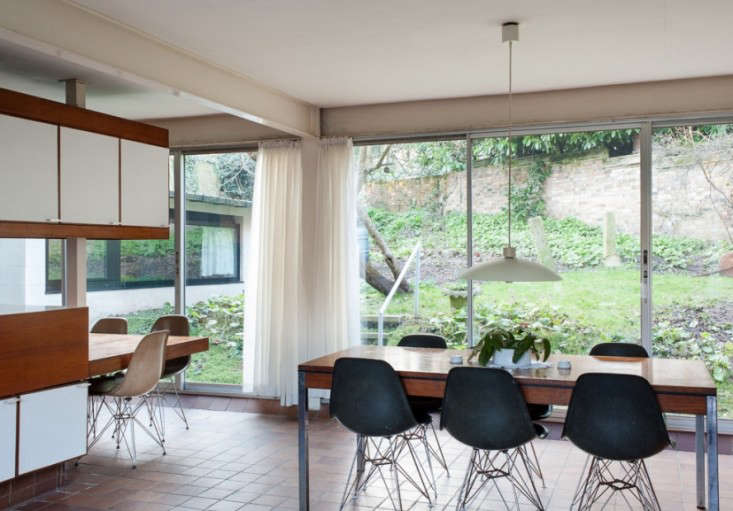 Above: Sliding doors open onto the garden. 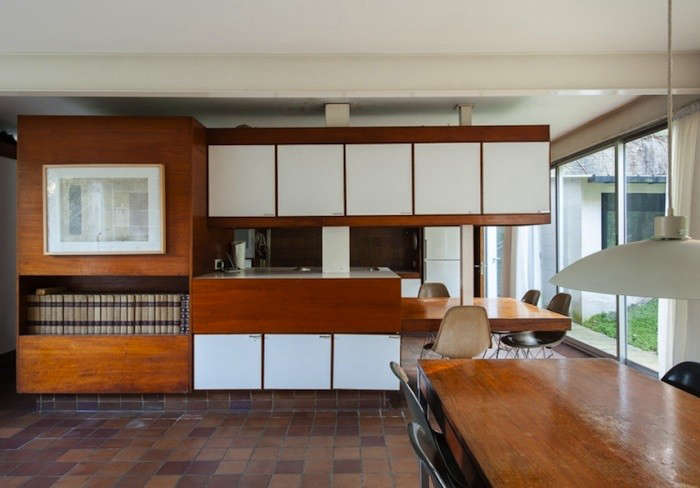 Above: The open-plan layout is surprisingly modern; the kitchen is off the dining area, with cabinetry serving as a room divider. 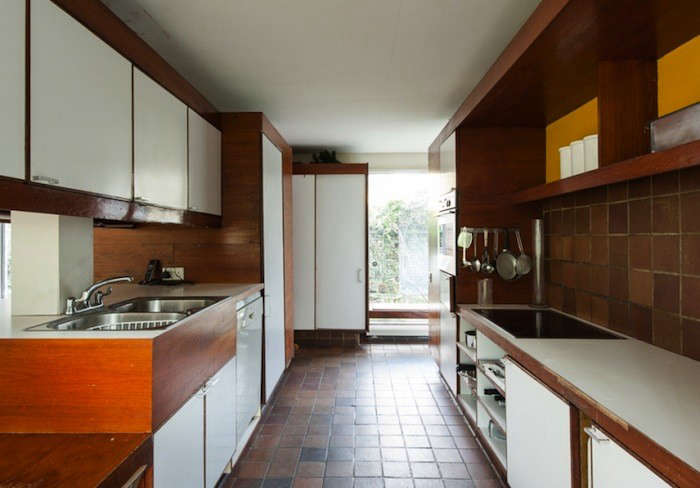 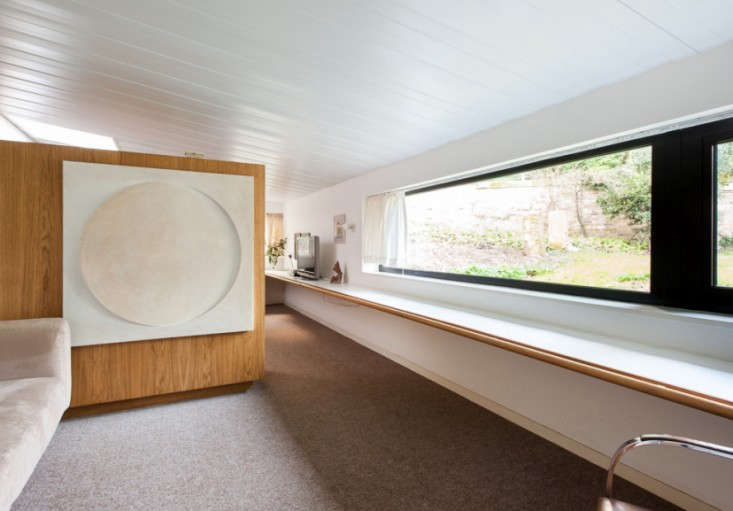 Above: A long shelf lines a wall on the bedroom level. 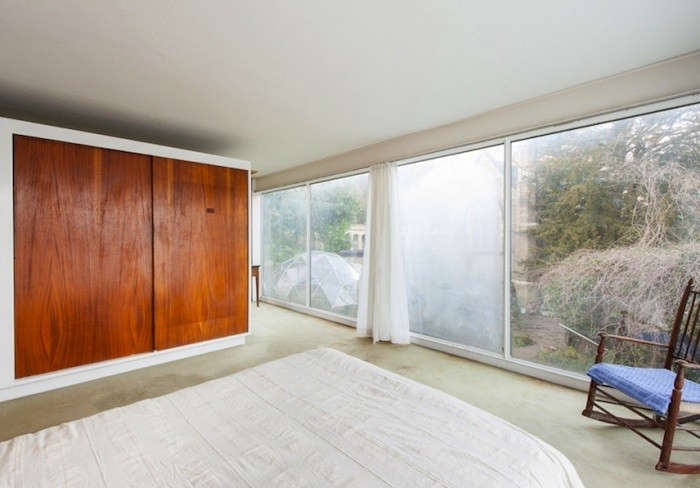 Above: A minimally outfitted bedroom, on the ground floor. 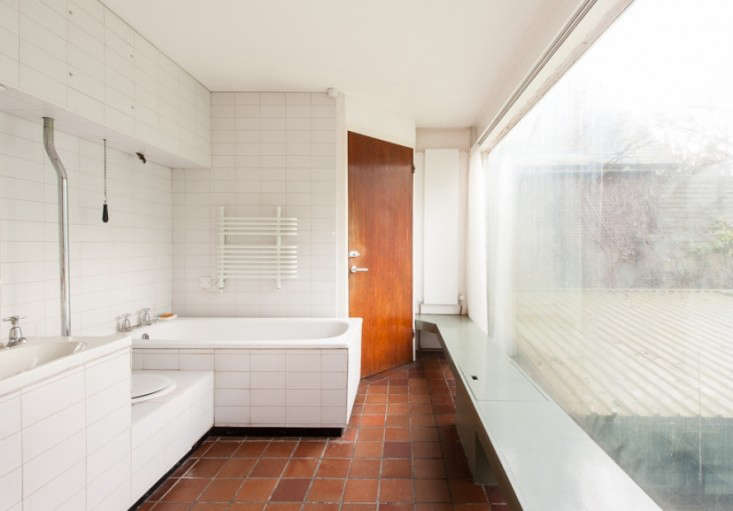 Above: The master bath is tiled in the same quarry stone as the kitchen and dining area. 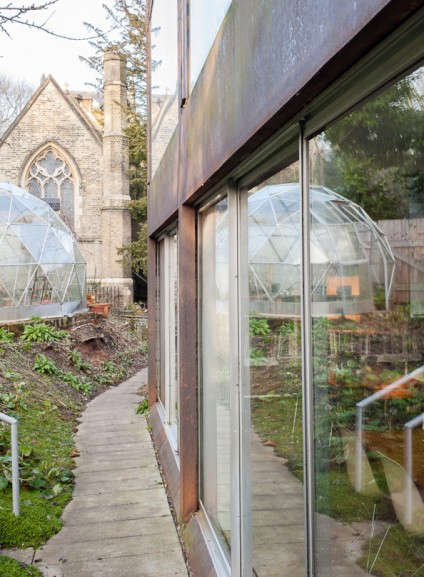 Above: Only in England: Winter’s glass geodesic dome (a garden shed), with a view of a nearby chapel. 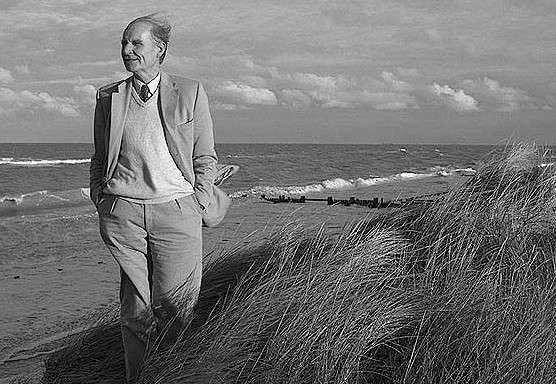 Above: John Winter in Norfolk, England, where he had a country house; photograph by Simon Norfolk for the Telegraph.

In collaboration with: The Big Reveal: Nine New Colors from Farrow & Ball