Last month I was helping a friend compile her wedding registry when the topic of monogramming came up. To us, two women who prefer an understated sans serif script to prim calligraphy, the traditional monogram evokes a lost era of conspicuous spending and His and Hers linens. This led me on a search for the modern monogram, embroidered and printed in a distinctively contemporary typeface, and with a sense of subtlety. Here are 10 eye-opening discoveries: tableware, bedding, and household accessories that take a new approach to the bespoke. 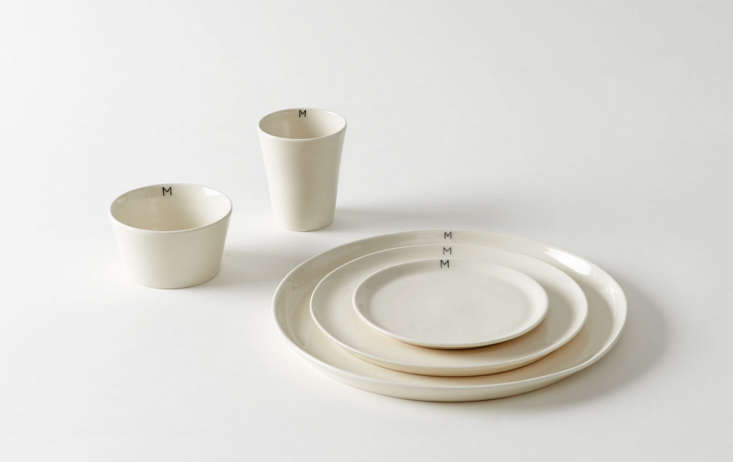 Above: Meet the quintessential modern monogram: March’s new Monogram Tableware line features hand-painted American porcelain, custom-monogrammed before being fired and glazed. The set ranges from $110 for a cup to $332 for a charger. 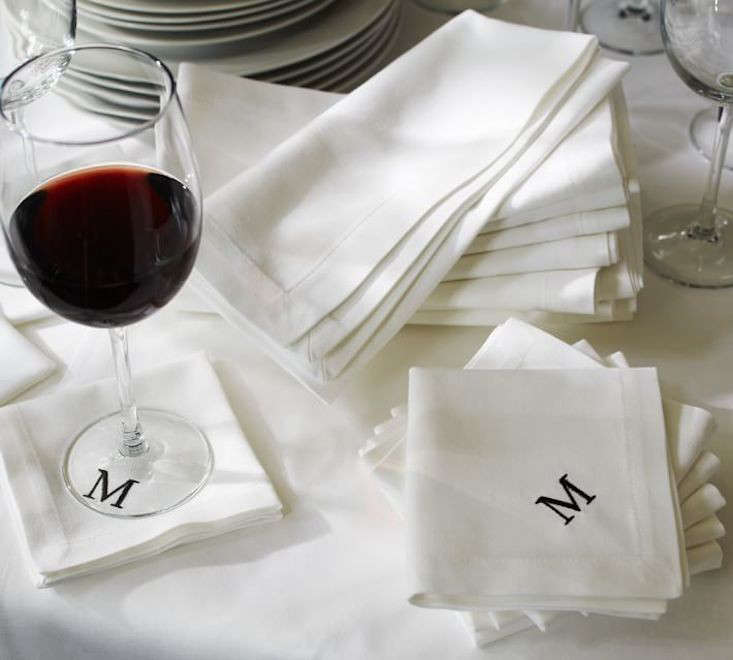 Above: The Caterer’s Six-Piece Napkin Set comes in cocktail and dinner napkin sizes with custom monogramming in contrast thread; $15 for the cocktail set, $29 for the dinner set at Pottery Barn. The napkins coordinate with the Caterer’s Table Runner ($24–$29) and Caterer’s Tablecloth ($45–$59). 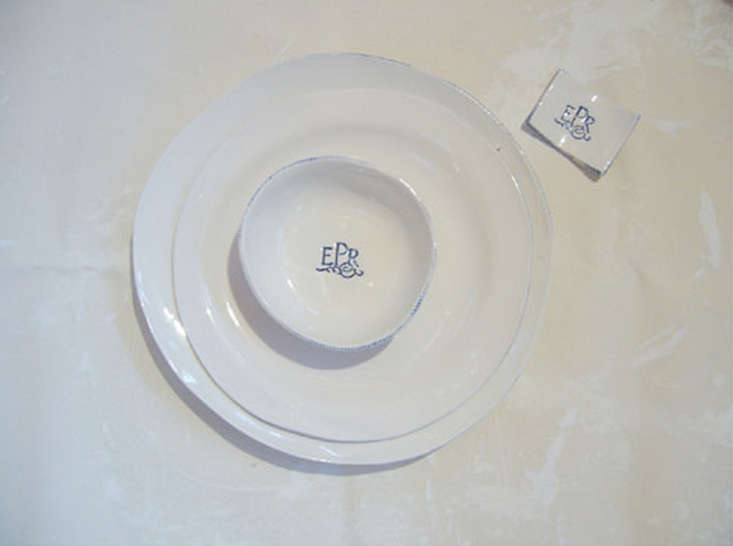 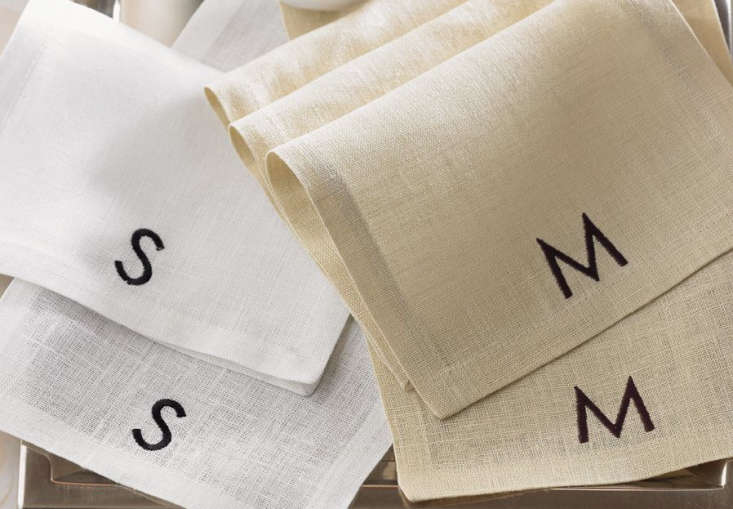 Above: Sferra’s Modern Monogram Cocktail Napkins are made of Lithuanian fine linen, detailed with a black or brown embroidered initial; $25 for a set of four at J Brulee Home. 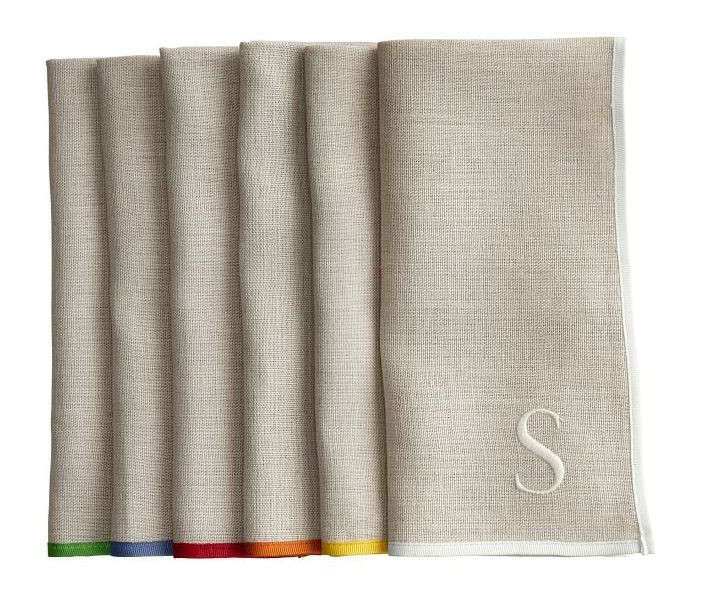 Above: Typographer’s Linen Dinner Napkins have tonal monogramming and a colored hem; $59 for a set of four from Mark & Graham. 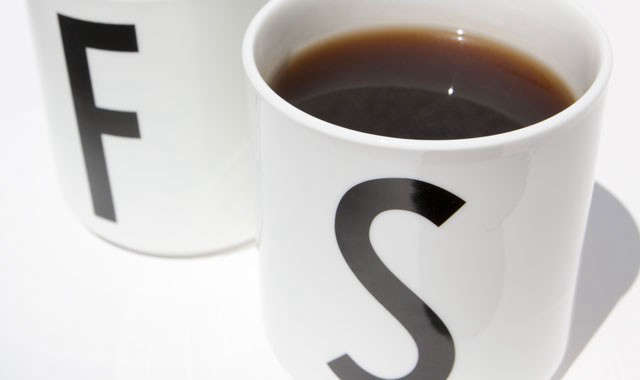 Above: Arne Jacobsen’s fonts designed for the signage of the Aarhus City Hall decorates the Jacobsen Typeface Cups, available in every letter of the alphabet; they’re $22 each at Fitzsu. 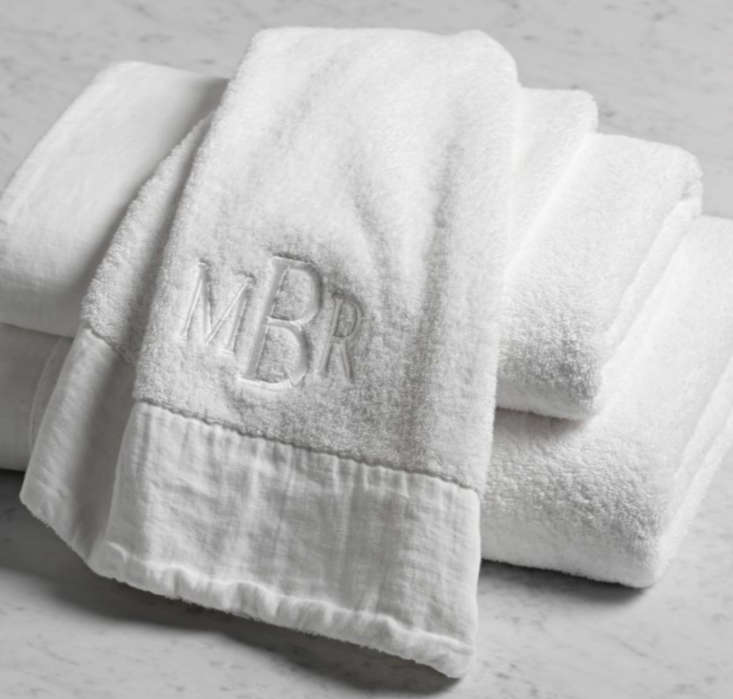 Above: Restoration Hardware’s Linen-Bordered Turkish Towels can be monogrammed in tonal thread; $31 for a bath towel. 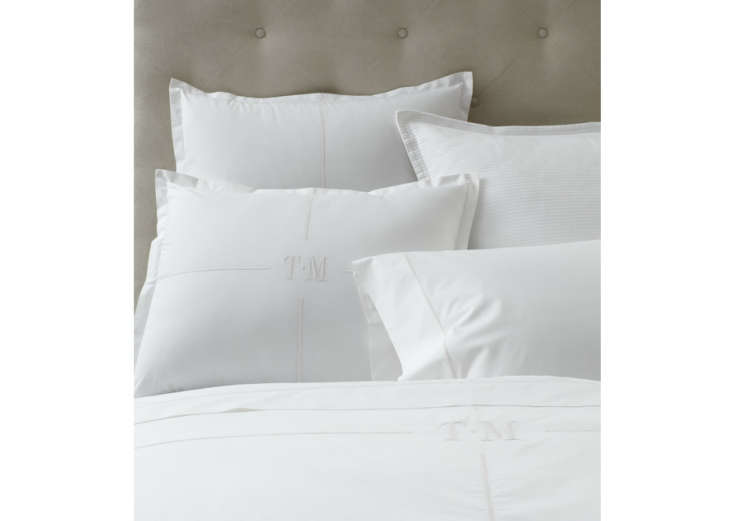 Above: Matouk’s Tranquility White Bedding is available for monogramming in eight typefaces; from $95 for a sham to $390 for a king duvet cover at Mitchell Gold + Bob Williams. 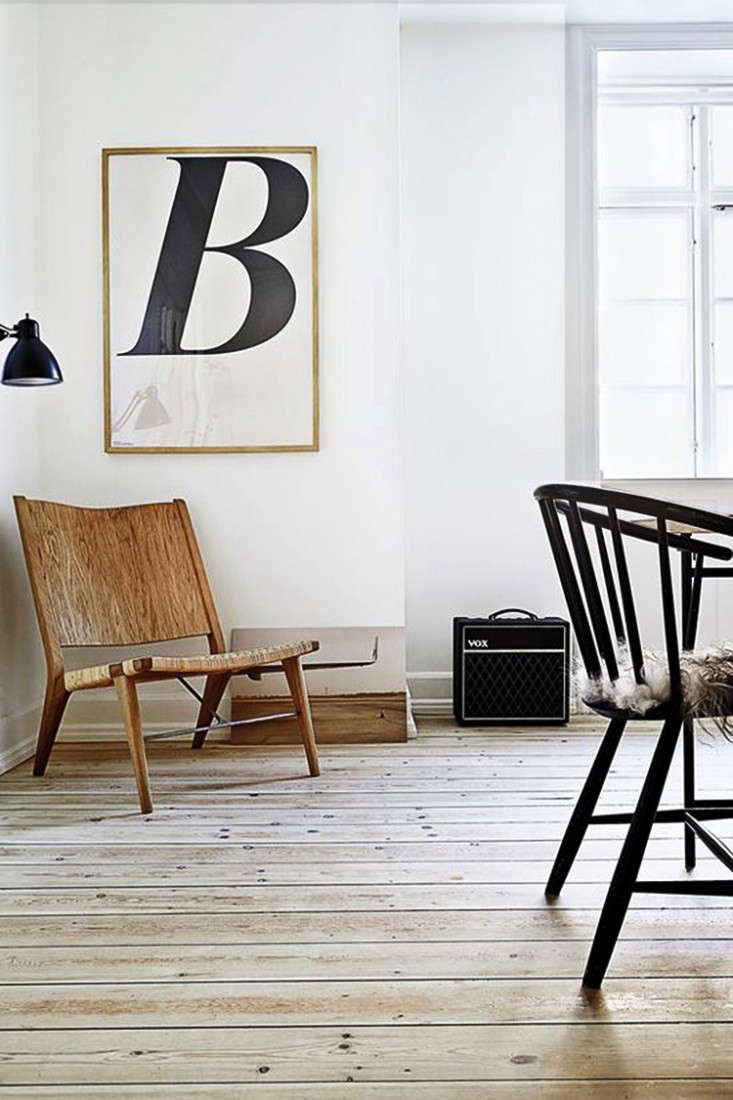 Above: Playtype’s In Love with Typography Posters are printed on uncoated, Pantone-colored paper; €40 ($35.67) each. 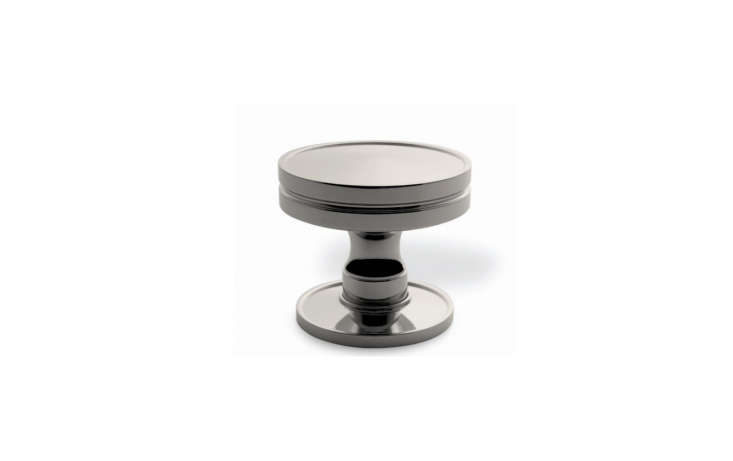 Above: Last week at Legends, the La Cienega Design Quarter annual gathering in LA, Margot and Julie admired the monogrammed hardware at Nanz Company. Nanz’s No. 1228 Doorknob has a minimalist profile and can be custom monogrammed; price available on request. 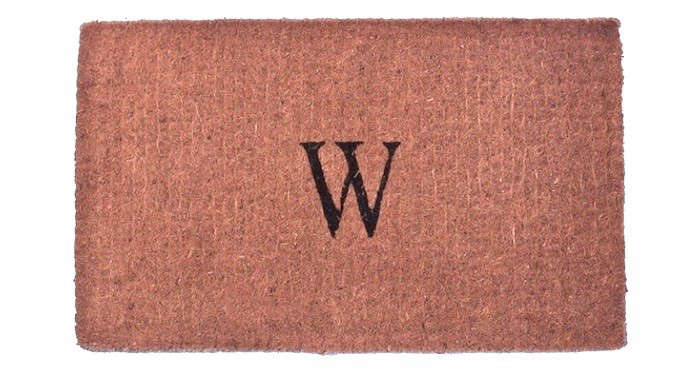 Above: An idea inspired by the finishing touch architect Oliver Freundlich added to The Ultimate Starter Apartment, Cobble Hill Edition: The Plain Monogrammed Coco Doormat is $49.99 from Coco Mats ‘n More. (Freundlich ordered a Coco Mat with his newlywed clients’ wedding monogram on it.)

Fans of stenciled lettering and typography, take a look at:

In Love With Typography 5 – X

Steal This Look: A Wedding Suite on Mykonos