Over the past two decades, my trusty (and weighty) 5-quart cast iron pot has covered a lot of ground, moving with me from Seattle to London and back to San Francisco. It's a part of my kitchen arsenal that I could not live without.

Cast iron cookware has long been a favorite with chefs (amateur and professional alike), who appreciate its ability to conduct heat evenly and move from the stove top to oven to tabletop. Here's a roundup of our favorite cast iron Dutch ovens (deep, capacious cooking pots ideal for making braises, soups, and daubes), which will last a lifetime and add a rustic note to your kitchen. 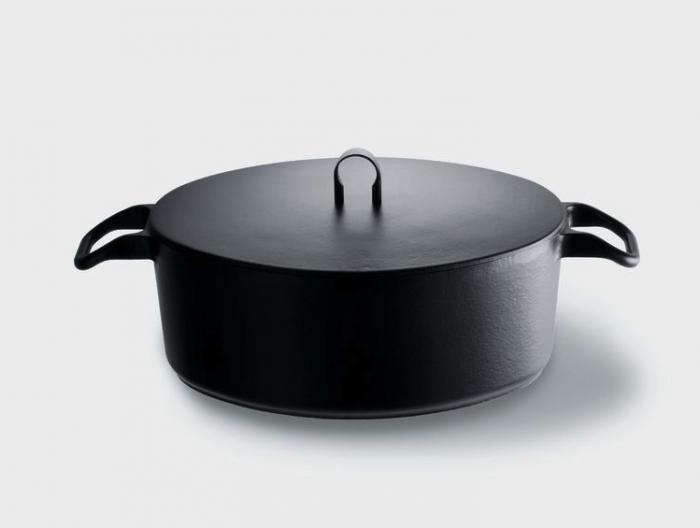 Above: The Alessi La Cintura di Orione Cast-Iron Oval Cocotte in enameled cast iron was designed by Richard Sapper; $270 at the Alessi Shop. 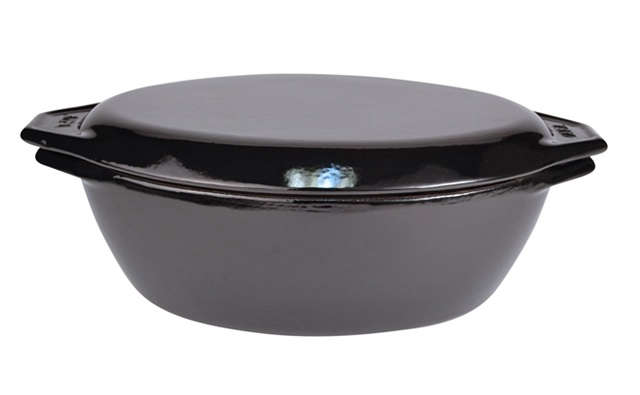 Above: The Aga Oval Casserole in black matte enameled cast iron is available from San Francisco kitchen shop March; prices range from $120 (for the 1.3 liter size) to $268 (for the 4.5 liter size). Contact March to order. 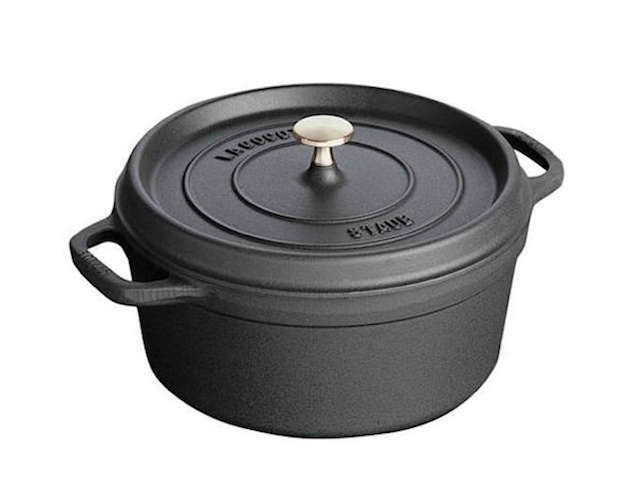 Above: Staub's 5-Quart Cocotte is made of cast iron and features a black-matte enamel interior; it's available in a range of colors (shown above in matte black); $259.95 at Amazon. 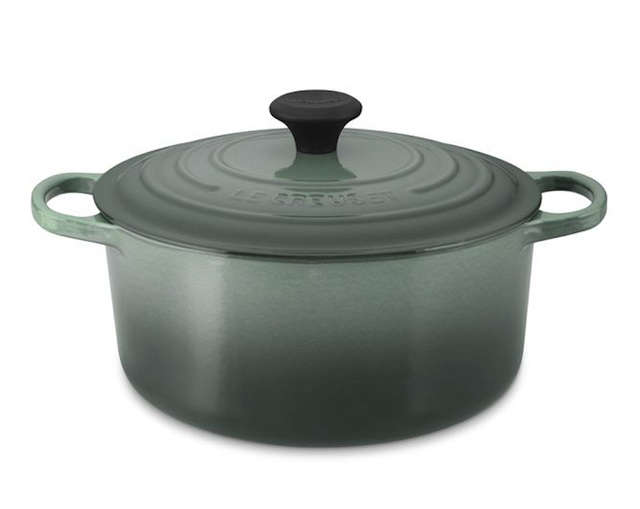 Above: The classic Le Creuset Signature Round 5.5-Quart Dutch Oven of enameled cast iron is available in several sizes and colors, including Ocean (shown above); $265 at Willams-Sonoma. 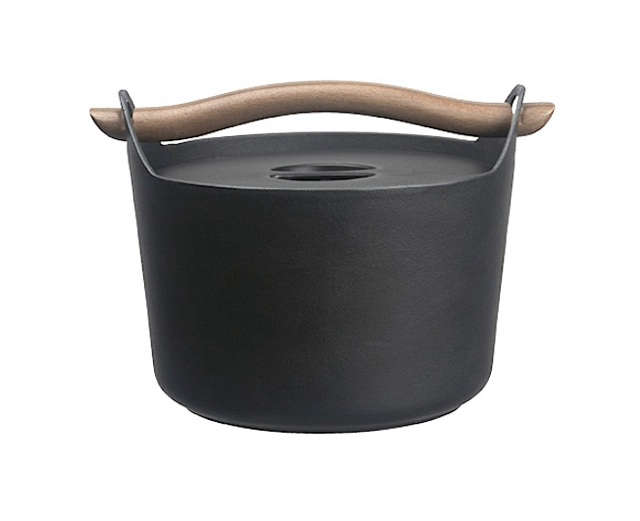 Above: Iittala's Sarpaneva 3-Quart Cast Iron Cassrole with Wooden Handle is as functional as it is appealing. Made of heavy cast iron with a white enamel interior finish, the casserole's clever wooden handle can be removed when you put the pot in the oven; $290 at Amazon. 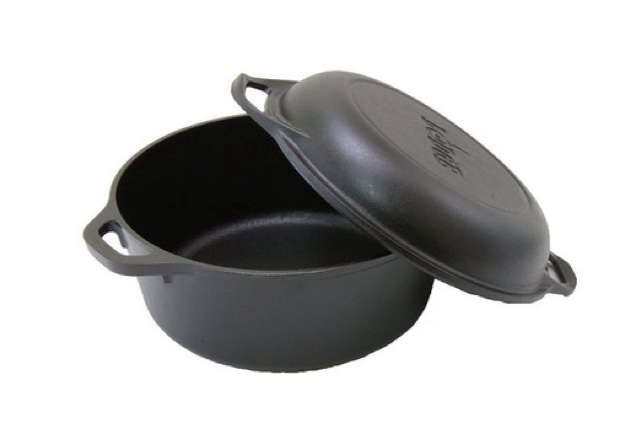 Above: The century-old company Lodge Manufacturing (the only producer of foundry seasoned cast iron cookware in the United States) offers the Lodge Logic 5-Quart Double Dutch Oven, featuring a high dome lid that works double duty as a skillet. Pre-seasoned with a proprietary vegetable oil, it's $34.97 at Amazon. 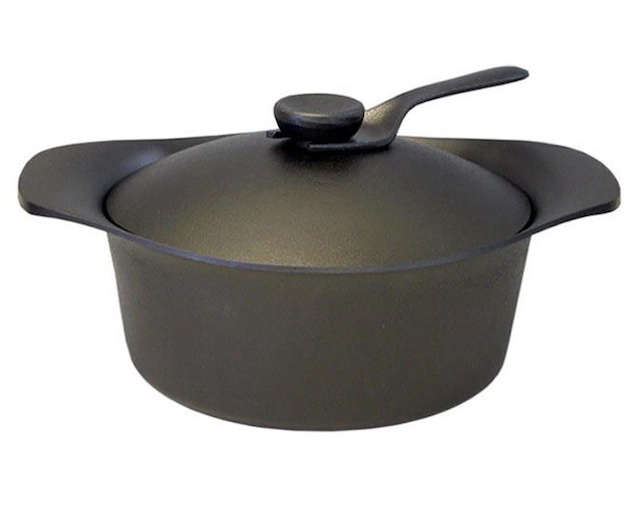 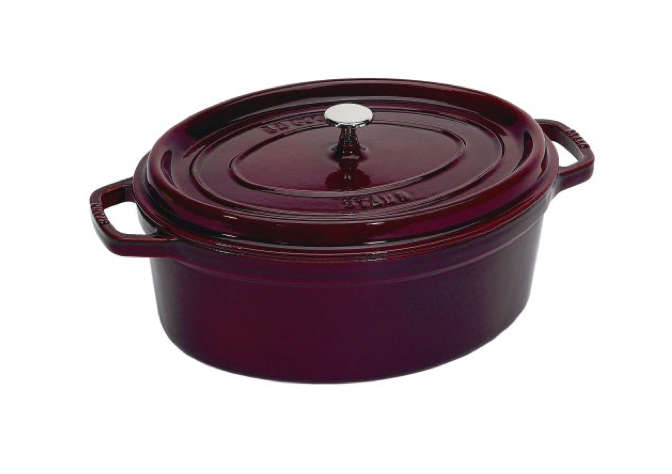 Above: Staub's Grenadine Round Cocotte features an enameled cast iron interior and exterior for $299 for the 7-quart size from Sur la Table. 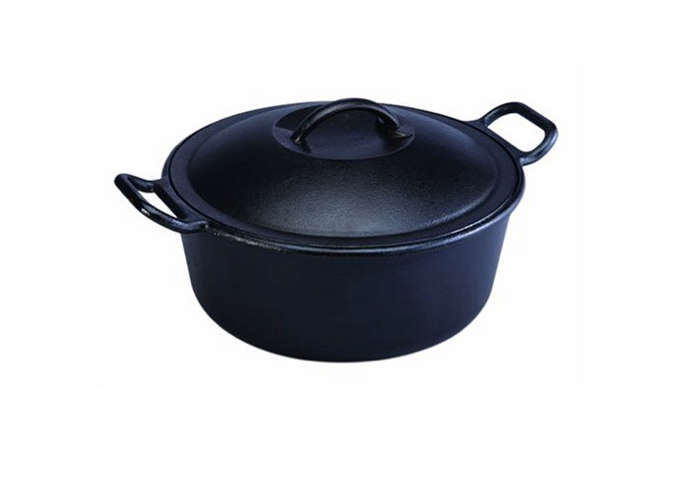 Above: The Lodge Pro-Logic P12D3 Cast Iron Dutch Oven has a pre-seasoned cast iron, 7-quart body for $63.27 from Amazon. 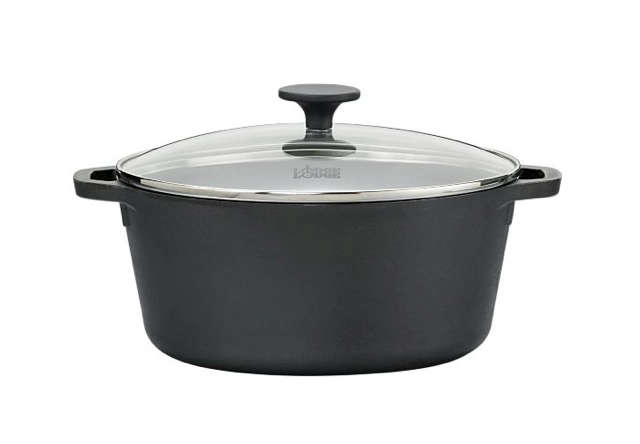 Above: The Lodge Cast Iron 5-Quart Dutch Oven with Glass Lid comes pre-seasoned with a soy-based, kosher-certified vegetable oil coating that gives a natural nonstick finish. The tempered glass and stainless steel lid with resin knob is oven safe; $49.95 at Crate and Barrel.

If you are interested in cast iron skillets, see our earlier post Design Sleuth: Cast Iron Cookware from Lodge.