With their experimental approach to material and ability to re-imagine classic designs in innovative (and often more affordable) ways, today’s indie designers are heating up the lighting market. Here are ten of our favorite illuminating newcomers. 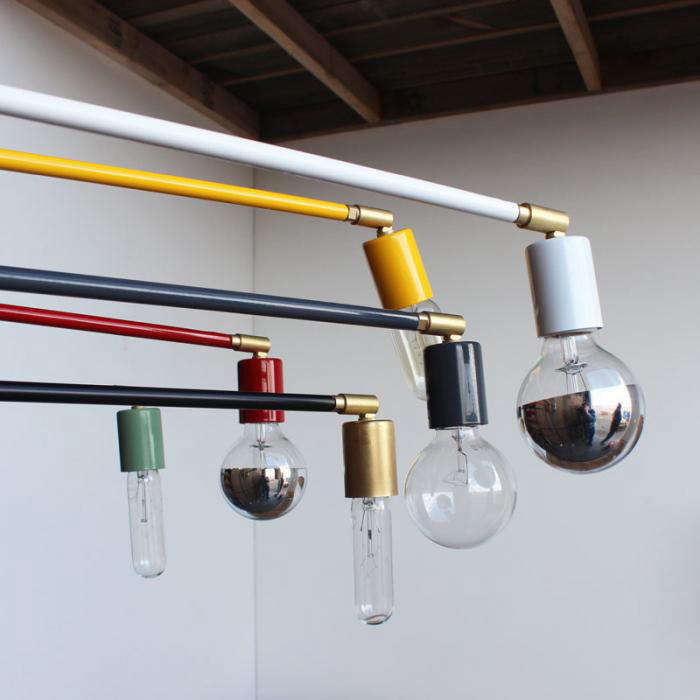 Above: The DIY project that launched a business: After making an adaptation of Jean Prouvé’s Potence Lamp for his own home, Logan Henderickson was beset with orders from others who were also looking for a low-cost alternative. From there Logan began designing an entire line of mid-century-inspired, swing-arm and pendant lights, named after the home that started it all: OneFortyThree. Available in myriad colors and finishes, the swing-arm wall lamps pictured here are $125. 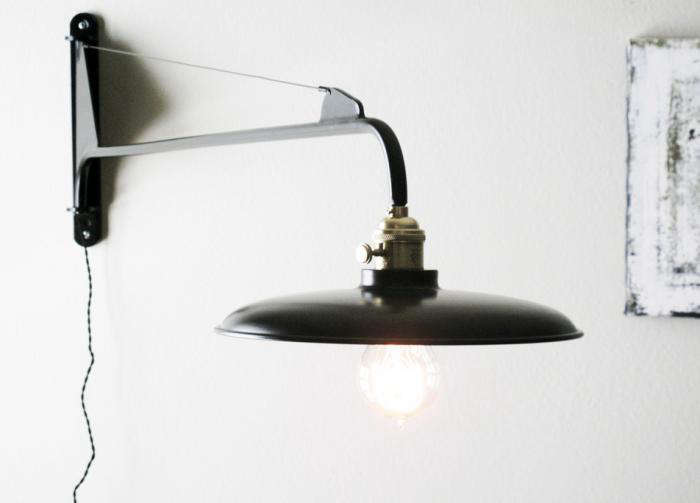 Above: Atelier de Troupe is a small design outfit in LA, which hand crafts inspired yet functional pieces like this Usine sconce: $345. 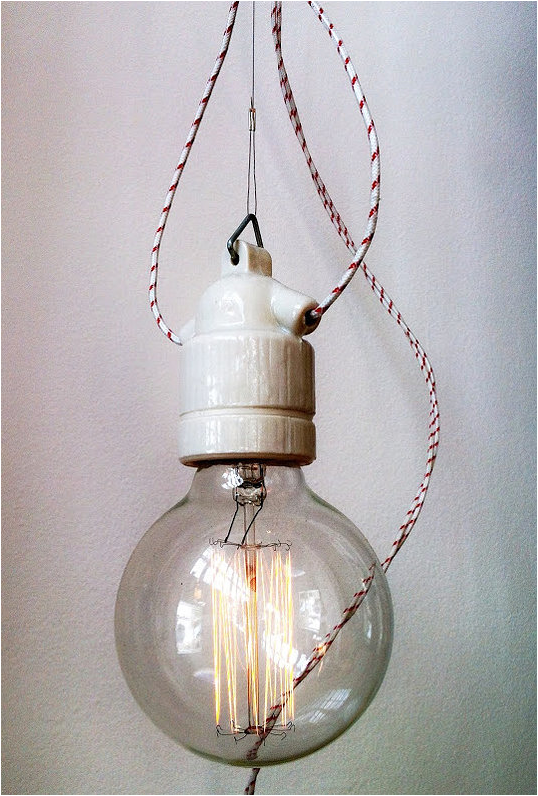 Above: Quite the characters, the whimsical lighting designs of Estudio Manus in Sao Paolo are known for their playful and surprising juxtaposition of materials. Contact the company for order information. 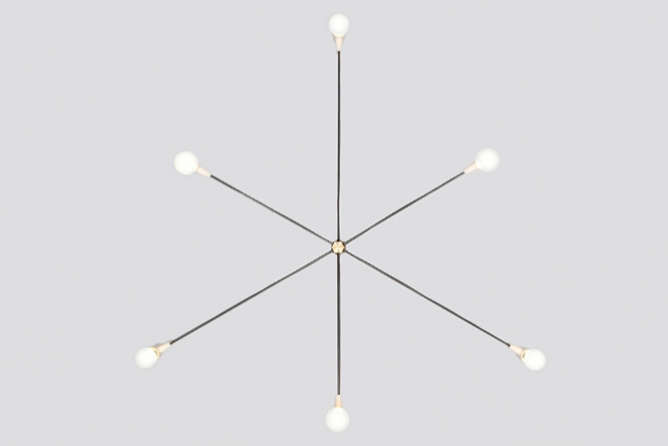 Above: Fresh off his 2009 Masters degree in Industrial Design from RISD, Brendan Ravenhill has been taking the design world by storm with his mid-century-inspired designs, including a diverse selection of lamps. We are particular to his glass pendants and cord chandeliers ($2,000), but his new sconce has also caught our eyes. 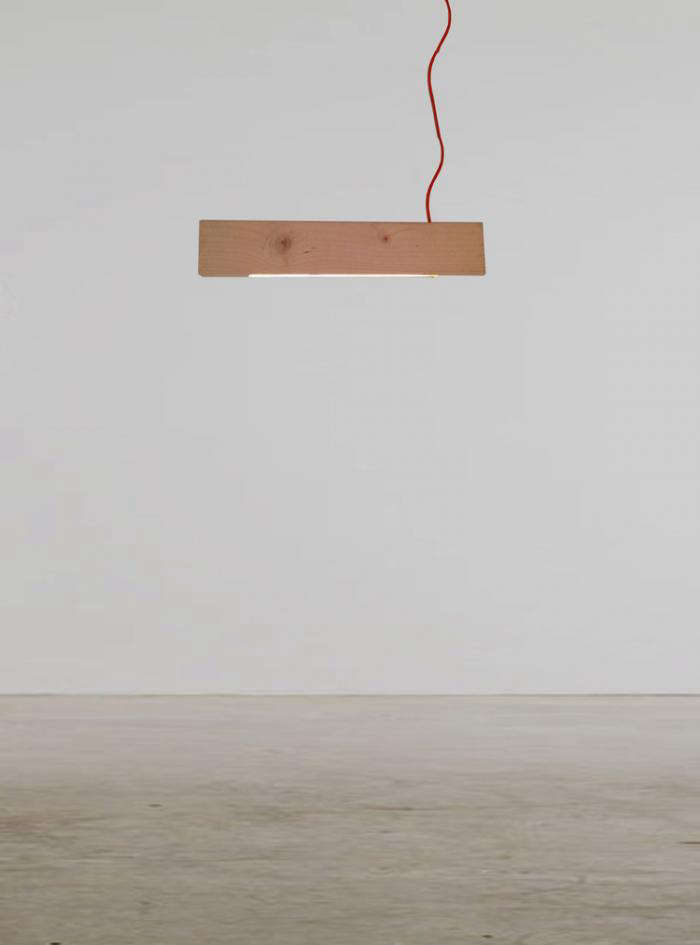 Above: From her studio in Gowanus, Brooklyn, multi-disciplinary designer Alexandra Burr creates lighting and furniture characterized by their elemental forms. Here her simple 2×4 light, is constructed using two whitewashed boards suspended by a red cord, appears to float in the air. Contact Alexandra for pricing information. 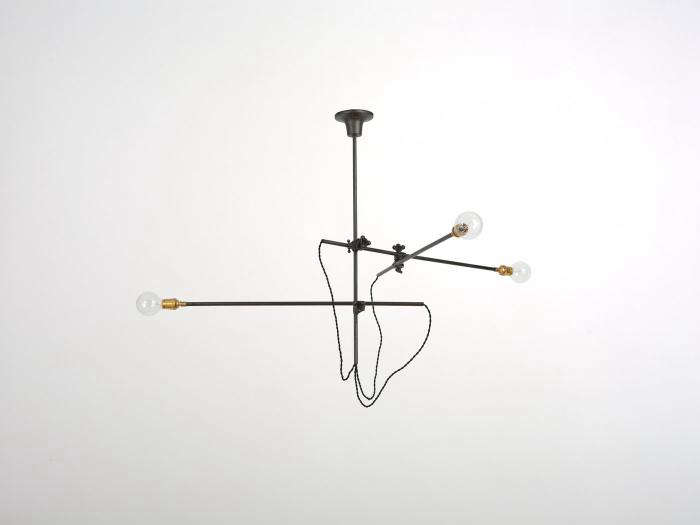 Above: Designed to complement the firm’s warm, contemporary interiors, the custom illuminations of Brooklyn-based Workstead pay homage to industrial and mid-century classics. This chandelier is available directly through Workstead; $1,800. 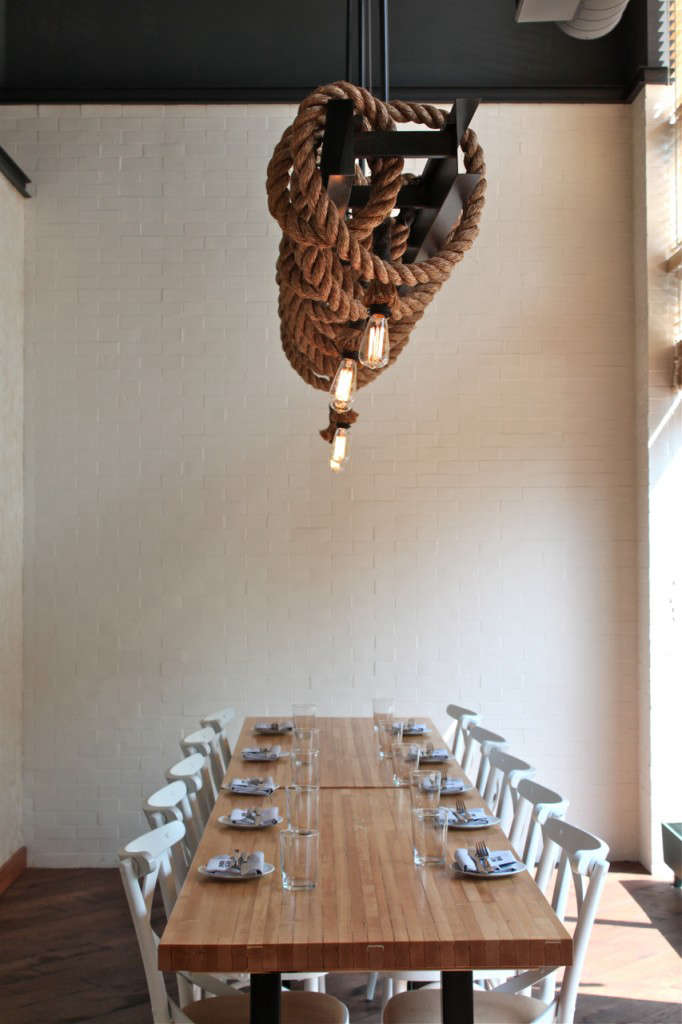 Above: Known for their creative use of reclaimed and vintage materials, Toronto-based Atelier 688 is a Canadian design collaborative whose specialties include furniture, art, lighting, and interiors. Here one of Zac Ridgley’s rustic/modern rope chandeliers adds a dramatic centerpiece at West Bridge restaurant. Single pendants are available through the firm’s Etsy shop; $475. 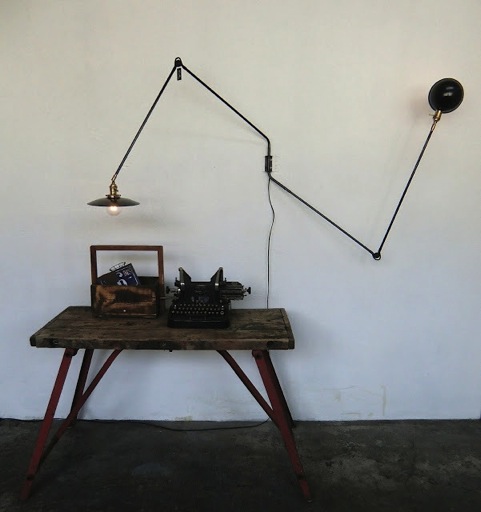 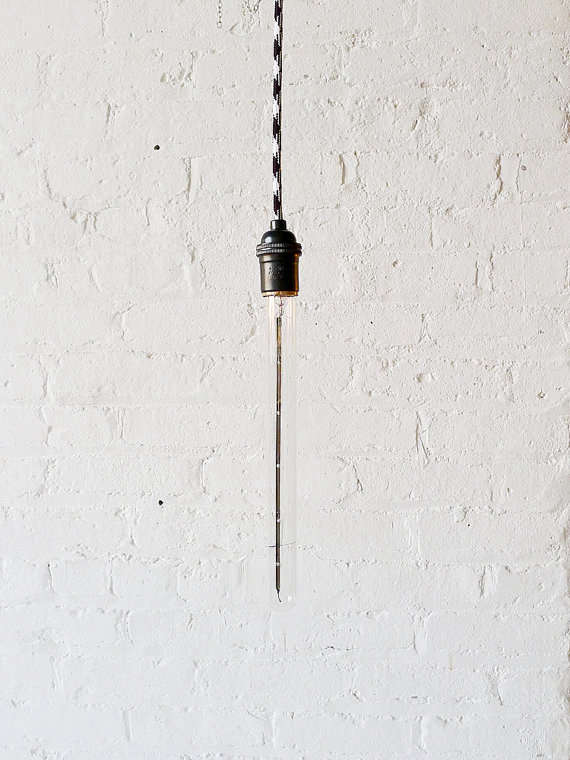 Above: Ever since she opened her Etsy shop three years ago, we have been fans of the re-purposed illuminations of Ursula at Earth Sea Warrior. Rewired with vibrant contrast cords, vintage lamps like this “mad scientist test tube pendant” seem shocked life; $125. 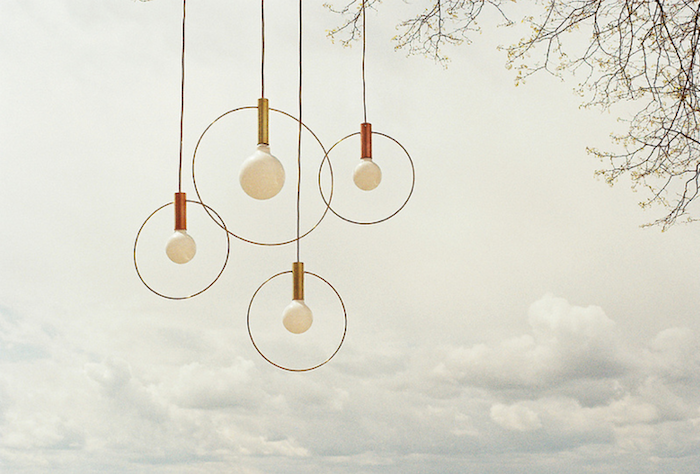 Above: Founded by Dylan Davis & Jean Lee in 2010, Ladies & Gentlemen is a multidisciplinary design firm known for their playful explorations of material and form. Here their “Aura” pendants represent light reduced to its most basic components: the bulbs and its aura. 10 inch ring, $345; 15 inch ring $395.