When you enter the portals of West Bridge, a new restaurant in the hipster neighborhood of Kendall Square, Cambridge, you're struck by the notion that this is something new—and at the same time very old; a place where history is honored in a modern way.

Taking its name from the original moniker of Boston's famous Longfellow Bridge (the one with the salt and pepper towers depicted in Make Way for Ducklings), West Bridge is housed in the former Boston Woven Hose Factory. To transform the industrial expanse into an inviting brasserie, West Bridge co-owners Alexis Gelburd-Kimler (of Craigie on Main and the South End's original Aquitaine) and Chef Matthew Gaudet (of New York's 11 Madison Park and Jean-Georges Aquavit, as well as Boston's Brasserie Jo) hired Brooklyn-based firm Crème Design Keeping many of the original features of this soaring space—including its open layout, 18-foot ceilings, and floor-to-ceiling windows—Crème's team used a combination of recycled materials and locally made fixtures and furniture to create something new.

Except where otherwise noted, all photography by Justine Hand for Remodelista. 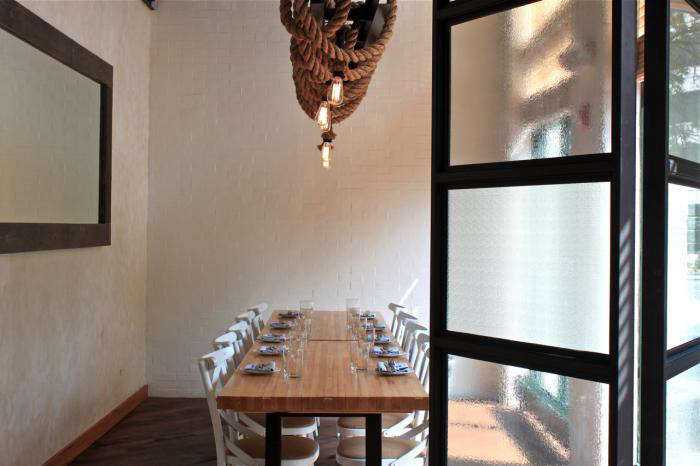 Above: To maintain the open feel as much as possible, the private dining area is demarcated by generous folding glass doors. 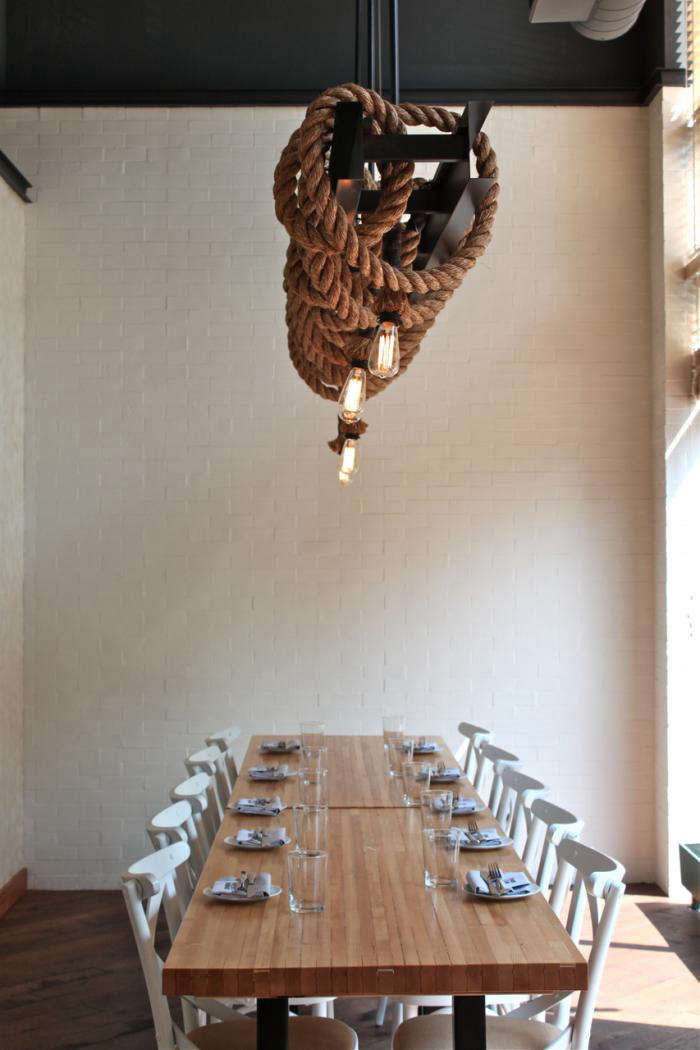 Above: Industrial/rustic: the serene space in the private dining area is punctuated by Atelier 688's dramatic, rope chandelier. 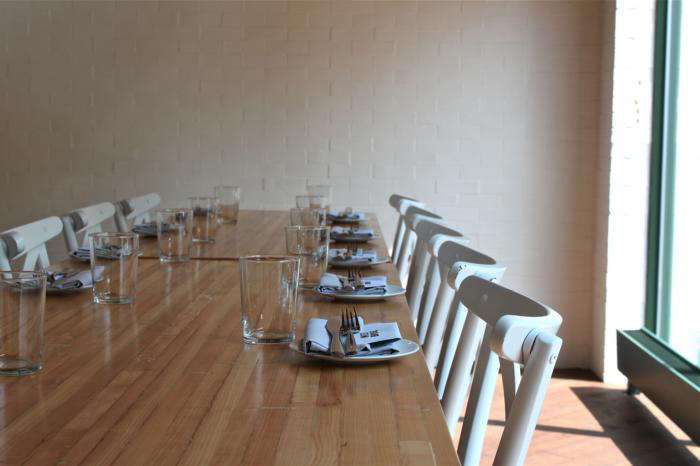 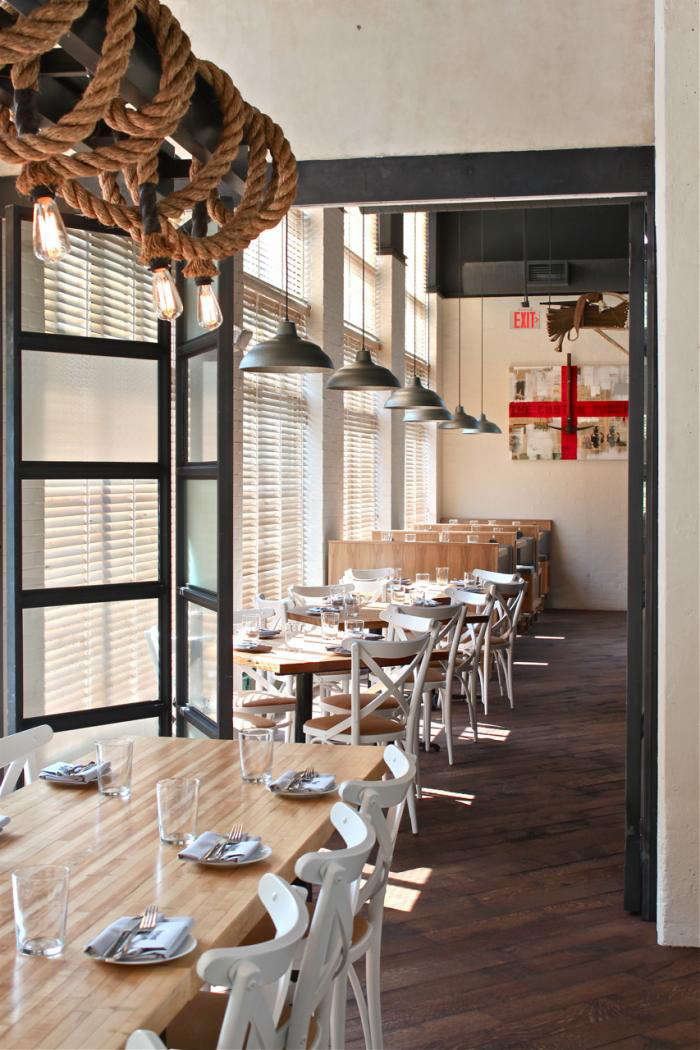 Above: A seamless space: the view into the main dining area, which is decorated with in an original work by Boston-based artist Thomas Tietjen of ASIZ Industries. Except for Tietjen's work, co-owner Alexis Gelburd-­”Kimler, wanted the palette at West Bridge kept to a minimum, with touches of warmth provided by natural elements: recycled woods and ropes. 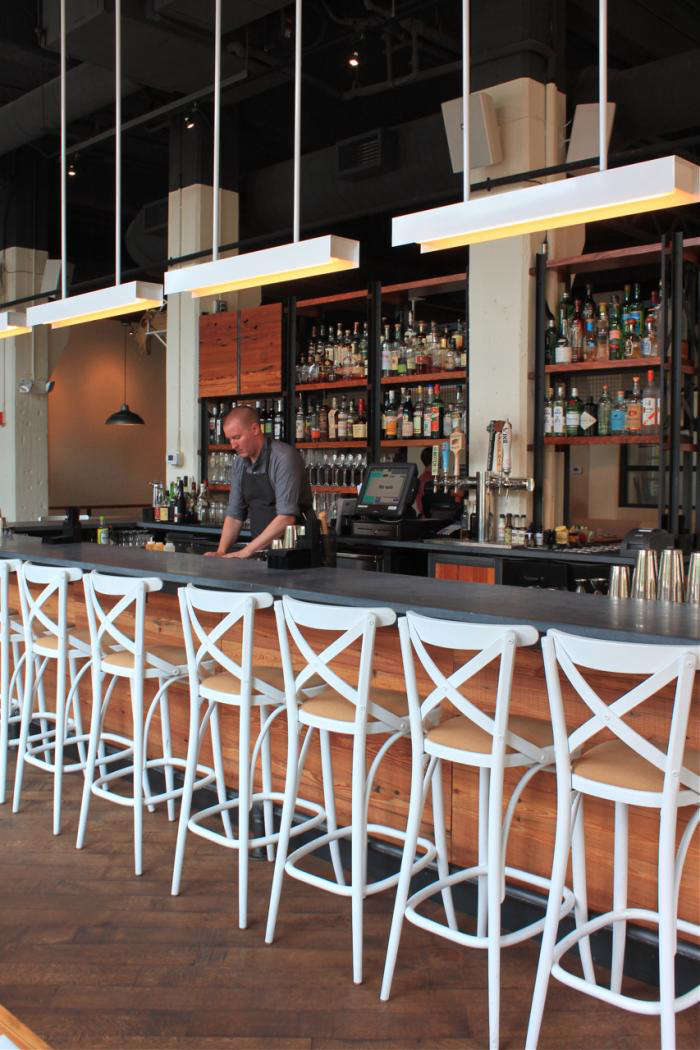 Above: Bar manager Josh Taylor (formerly of Eastern Standard Kitchen & Drinks) prepares for the evening rush behind a bar made from reclaimed barn wood. The dark honey wood floors are recycled, too. 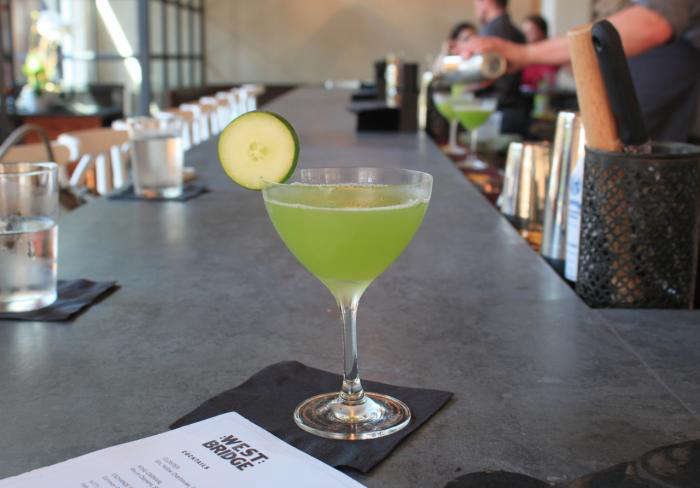 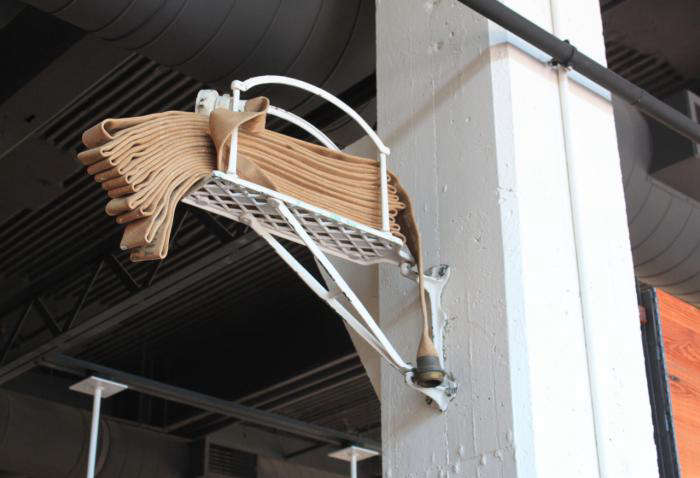 Above: An homage to the building's original product: vintage woven hoses flank the bar. 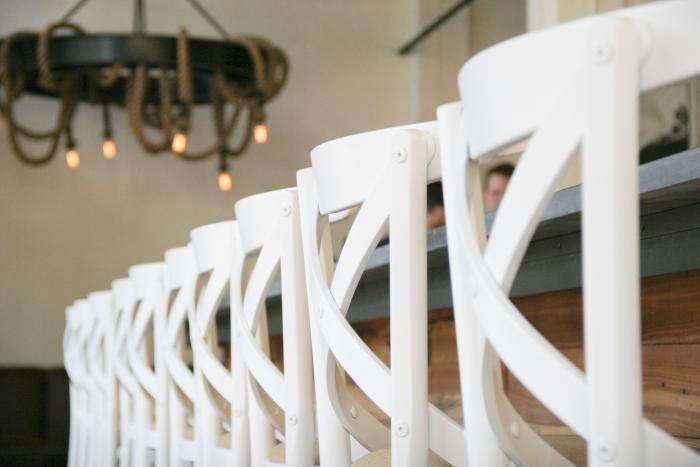 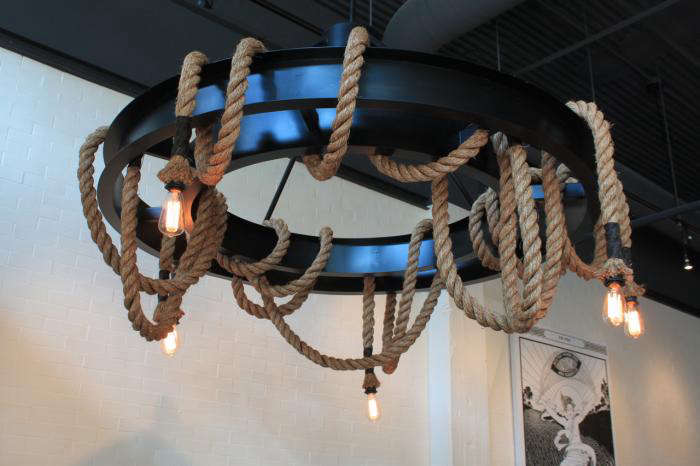 Above: Another chandelier by Atelier 688 provides a dramatic accent over the lounge area by the bar. 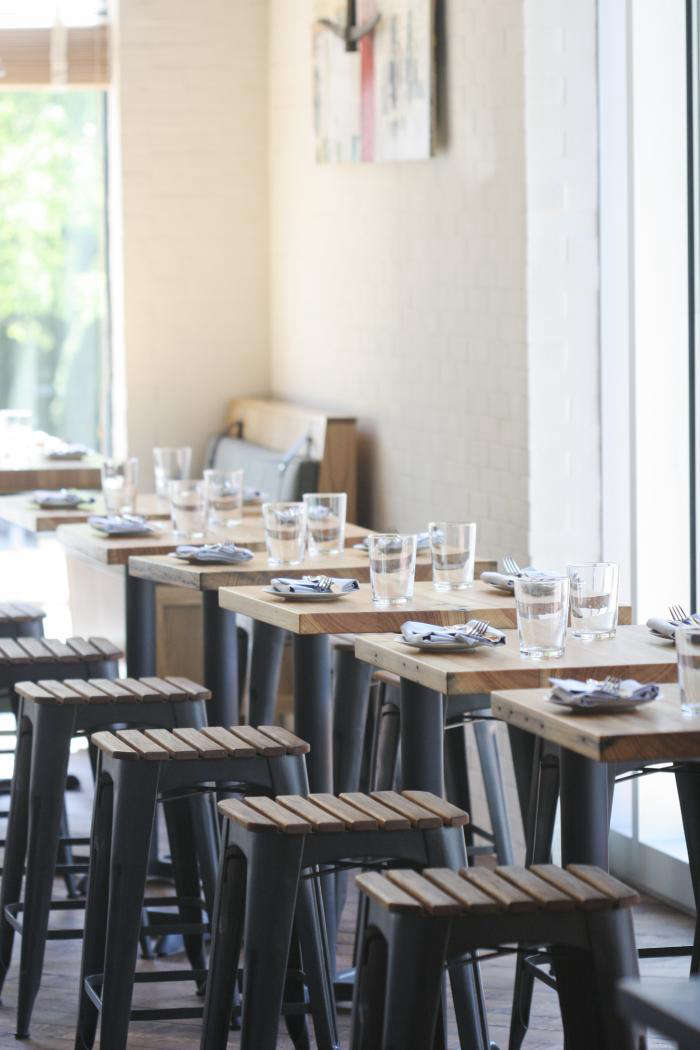 Above: Informal seating by the bar with Tolix-inspired stools from Pottery Barn. Photo by Matt Demers 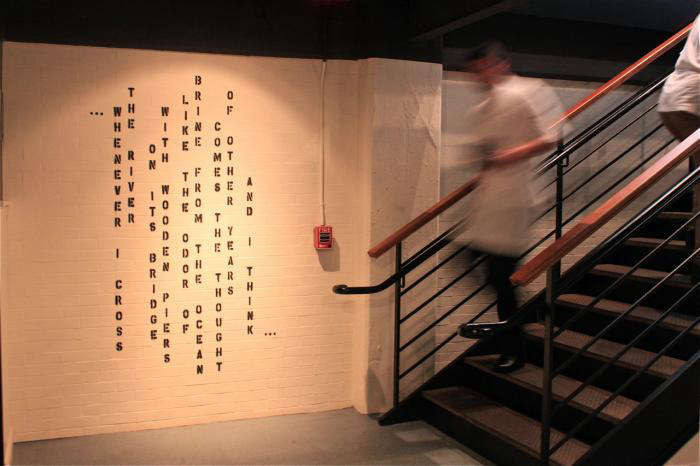 Above: Downstairs at West Bridge, the words of Longfellow's poem "The Bridge" are stenciled onto a brick wall. After his death, the West Boston Bridge (which spans the Charles from Boston to Cambridge) was renamed the Longfellow Bridge in honor of this famous Cambridge resident.