The 2001 bestselling novel The Shadow of the Wind by Carlos Ruiz Zafon has convinced us that there is a secret Cemetery of Forgotten Books in Barcelona, or at least that there could be such a place, in a city with so many romantic, historic spaces. The bookstore La Formiga d'Or, while not exactly secret, satisfies our imagination: It's tucked away in a side chapel of the Barcelona Cathedral, or Le Seu, in Barcelona's famous Gothic quarter (El Barri Gòtic). Not to be confused with Gaudi's La Sagrada Familia, Le Seu is one of the most impressive cathedrals in Spain, known for its large bell towers covered in Gothic pinnacles and high arches, and dates back to the 13th century. Local architect Estudio P. Libano created a jewel box: Simple, unadorned materials enable the little bookstore, which sells religious books and souvenirs, to sit comfortably within the awe-inspiring, medieval structure. 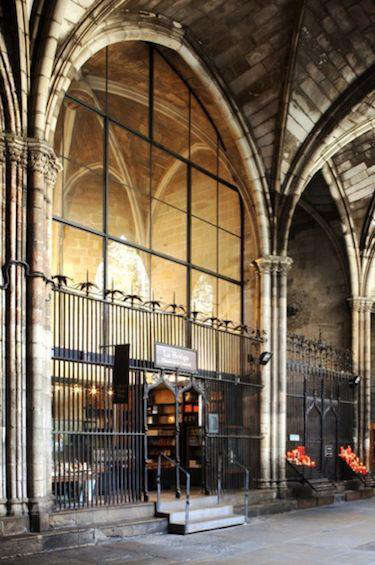 Above: The bookstore is tucked away in one of the side chapels of the cloister. 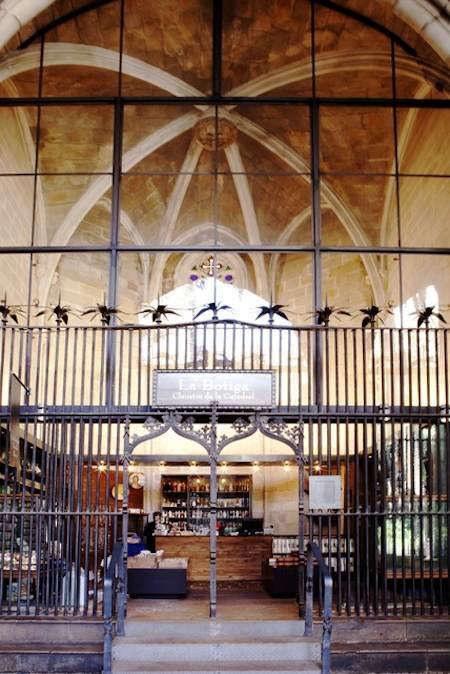 Above: The bookstore's footprint measures just 350 square feet, in dramatic contrast to the chapel's 82-foot-high ceiling. 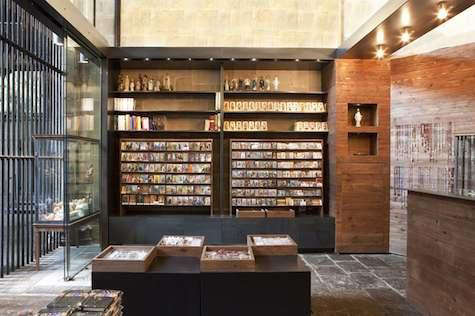 Above: The bookstore is outfitted with iron shelving and oiled wood displays. 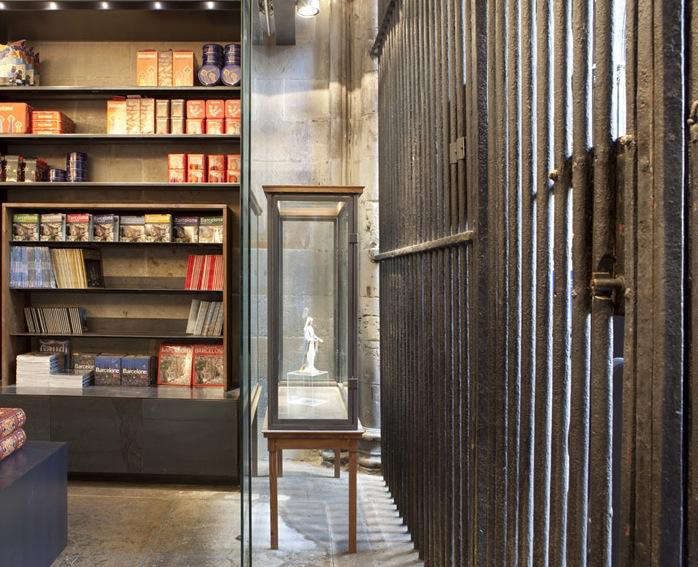 Above: The new iron bookshelves echo the old iron gates. 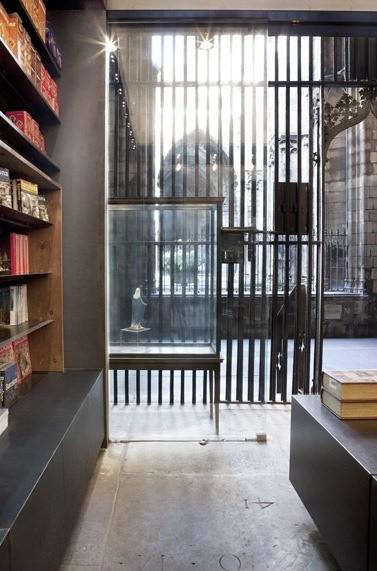 Above: A display box contains a religious figurine.

A Moody, Minimalist “Forest Estate” in Ibiza by Hollie Bowden