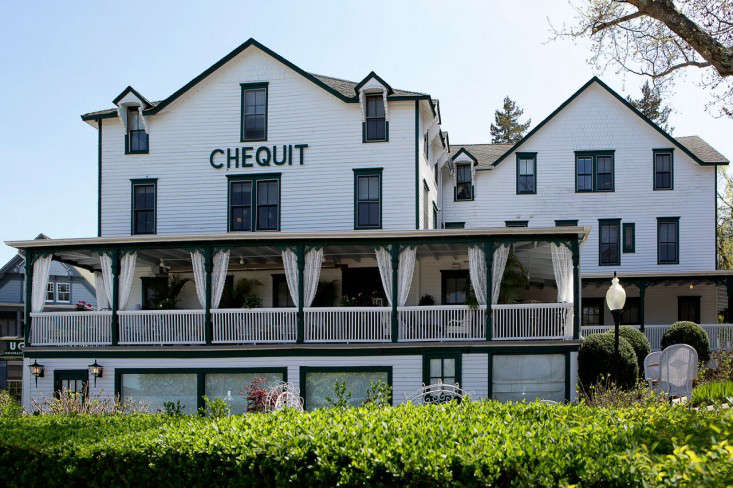 Above: Built in 1872, the Chequit (which, by the way, is pronounced chee-quit) was initially a dining hall surrounded by a tent camp; it has operated as a hotel since the 1940s. Dowd and O’Shea spent the past year giving it a refresh. Both are veterans of the industry–Bowd is former COO of Andre Balazs Properties (which includes the Sunset on Shelter Island), and O’Shea, a RISD-trained designer, worked on the creative teams at Starwood and Morgans Hotel Group–who have recently started building their own empire: See The Hamptons Come to Cape Cod: Salt House Inn in Provincetown. O’Shea’s firm Kevin O’Shea Designs oversaw the refurbishment.

Above: The porch is, as it’s always been, the main gathering place. O’Shea and team preserved as much as possible of the structure’s original detailing while giving it “a crisp and contemporary interpretation.”

Above: “At bed-and-breakfasts you have this incredible personal service experience, but terrible design–it’s like sleeping in great grandma’s house,” O’Shea told the New York Observer. “We wanted to keep the guest experience side of it, but create a highly designed place, where we’re pushing boundaries and making something different.”

In the lobby, the challenge, he tells us, was that it “had to transcend the seasons: So I kept it light enough for the summer but cozy enough for the winter.”

Above: The overhauled guest rooms are finished in a pink and gray palette with dollops of yellow: “The colors were inspired by the incredible light on the island; the rose walls glow throughout the day and soften into the evening,” says O’Shea. Shown here, the sitting room in a suite with daybed in an alcove.

There are 37 rooms total: 19 in the main house, as well as an additional 17 in separate historic structures known as The Cottage and The Summer House, which can be rented individually or to groups.

Above: Our favorite detail: the custom headboards. “I was inspired by an image of an old motel room I’ve had in my files for years; it’s where the shape came from,” says O’Shea, “and the brass finials are a play on Victorian brass beds.” The bedrooms are painted in a two-toned blush/French gray mix: Benjamin Moore Sugarcane and Graystone. 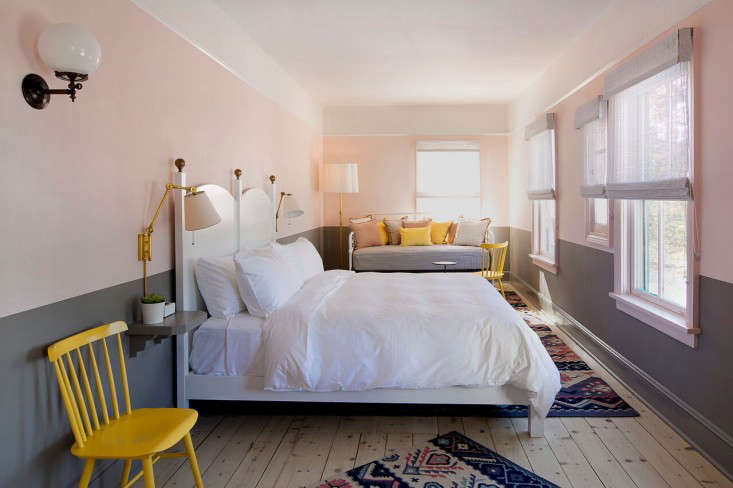 Above: The original wood floors were restored and layered with “tribal-inspired” patterned rugs. The yellow Windsor-style chairs are Serena & Lily’s Tucker Chair, which comes in eight colors, $188 each. (See more in 10 Easy Pieces: The Windsor Chair Revisited.) 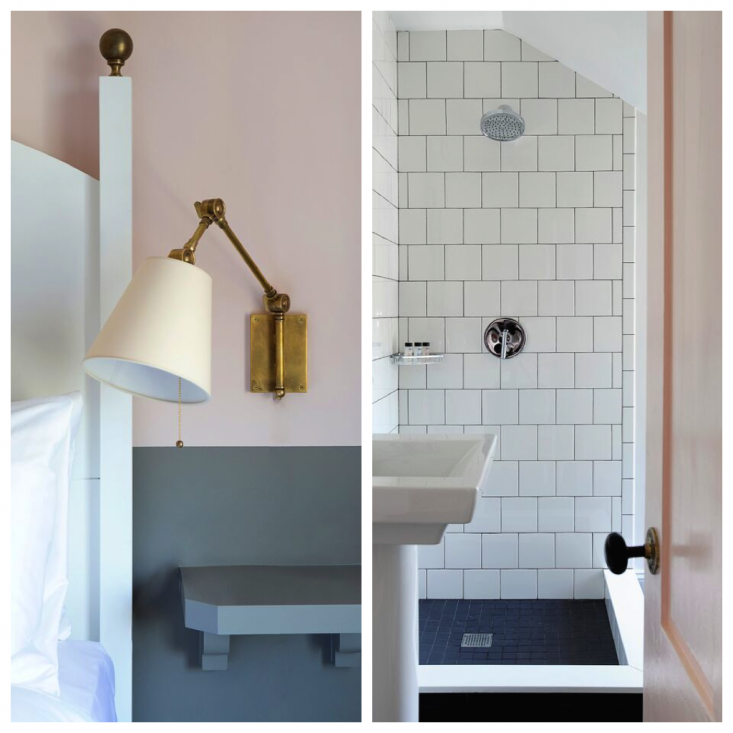 Above L: Brass reading lights and space-saving built-in bedside shelves. O’Shea notes, “You’ll never have to go looking for a plug to charge your phone; there are custom plugs on each bedside table from Conway Electric.” (Read our Remodeling 101 Primers to learn where to place electrical outlets in every room.) Above R: The all-new bathrooms are tiled in black and white.

Above: An easy-to-replicate detail: black brackets paired with white open shelves piled with white (and a touch of black) accessories.

Above: Classic New England tones and tongue-and-groove wainscoting in the hallway. 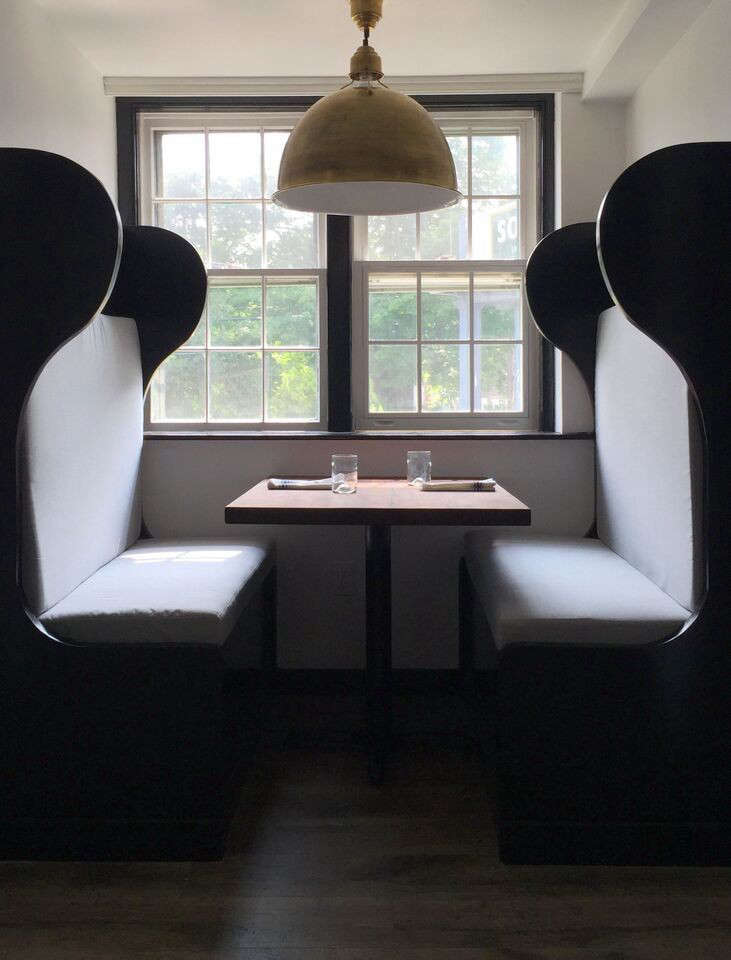 Above: The Chequit has a new in-house cafe, as well as a bar/restaurant, Red Maple, shown here.

Above: The seating extends under the trees. Rooms at the Chequit start at $195 a night.

Looking for a place to stay? Find our best recommendations in our Hotels & Lodging archive, including Salt Hotel’s Salt House Inn in Provincetown. And for restaurant and shopping tips, explore our City Guides.

Appliances for Minimalists: The Muji Toaster Oven and More