“No reservations. In life or in our tiny restaurant,” reads the sign. But the inventive young team behind Bestie Currywurst–a sausage and beer house in Vancouver’s Chinatown–have created a space guaranteed for a good time.

Owners (and first-time restaurateurs) Clinton McDougall and Dane Brown come from an art, design, and German-street-food-loving background (currywurst is sliced sausage served with a generous dollop of curried ketchup). They hired David and Susan Scott of Scott & Scott Architects to design a 25-seat restaurant that Clinton and Dane could hammer together themselves. “The plan uses common materials that can be worked with a few simple tools, allowing the construction to be completed on site with minimal shop support,” the architects explain. Clad in spruce with white-painted floors and furniture in a color scheme borrowed from the 1974 Volkswagen creative team, Bestie’s look is “Bauhaus meets Alpen House,” says Clinton. Is it any wonder it’s been a runaway success? 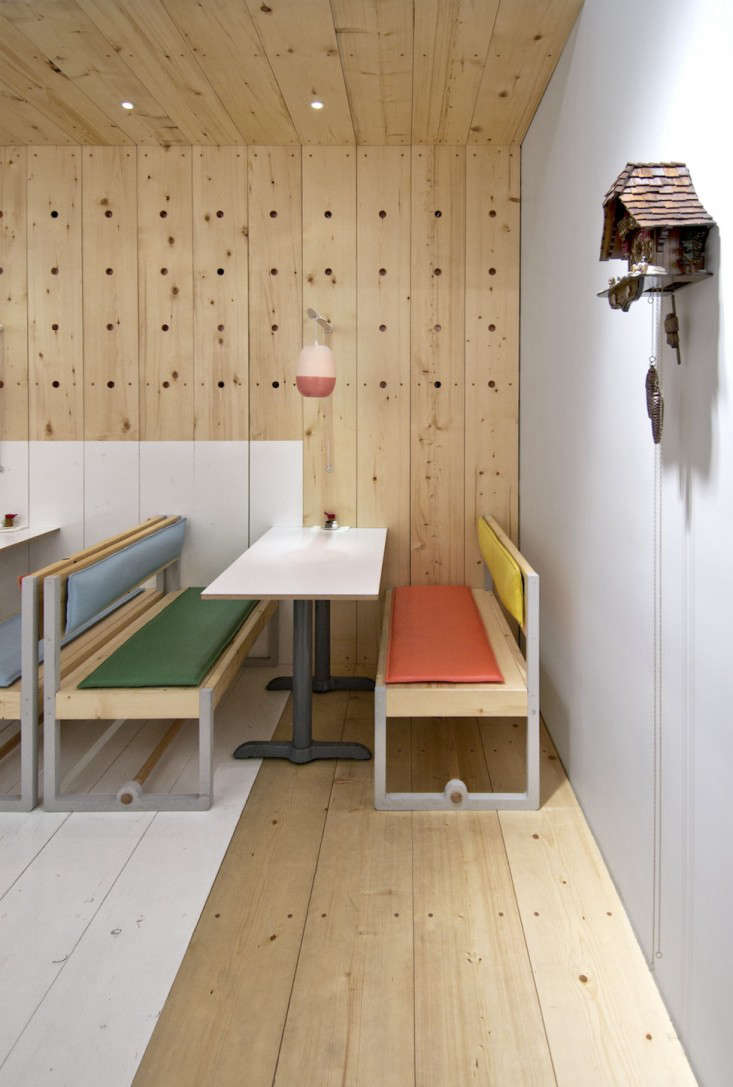 Above: Paneled in economy-grade oiled spruce, the wall in the eating hall functions as a giant pegboard with wood and copper rods to hold lights, coats, bags, art installations, and “the odd copy of Spiegel.” The design is detailed with work by Vancouver artists, including Fleet Objects’ Hanging Ceramic Lights, plus a mascot cuckoo clock. 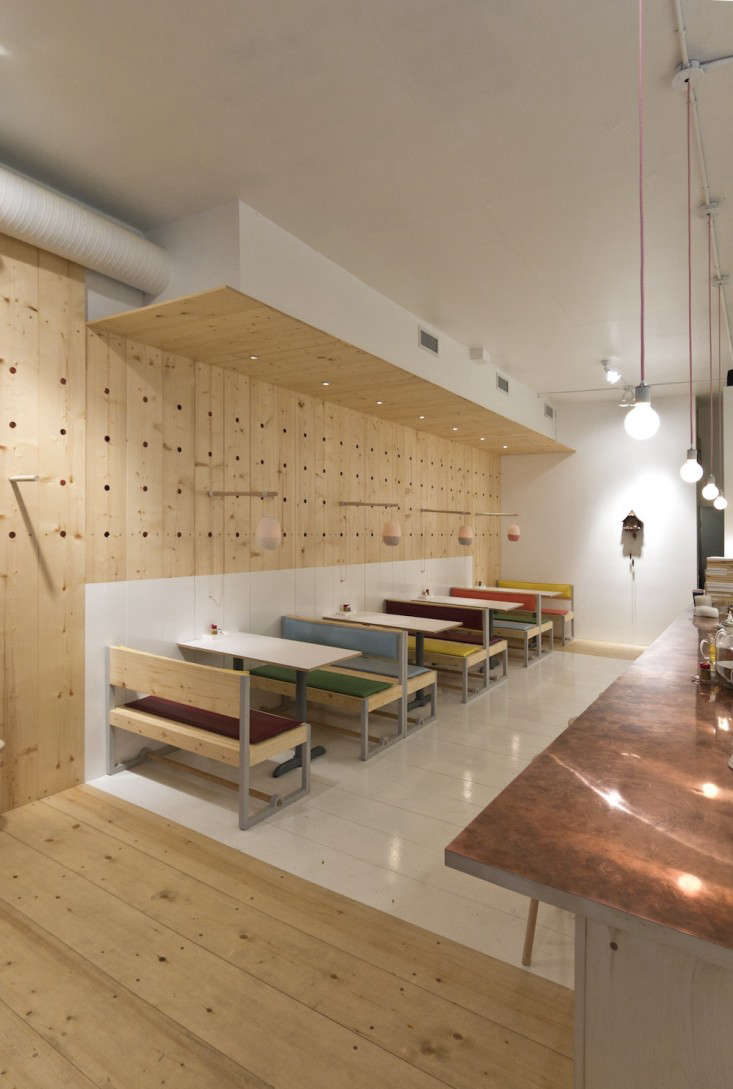 Above: White tables are paired with two-toned benches in Volkswagen-inspired colors; both are freestanding for easy rearranging, allowing the space to be used for communal dinners and film screenings. White floor paint runs up the wall and is balanced against traditional elements, such as a copper-topped bar and white ceramic beer steins. 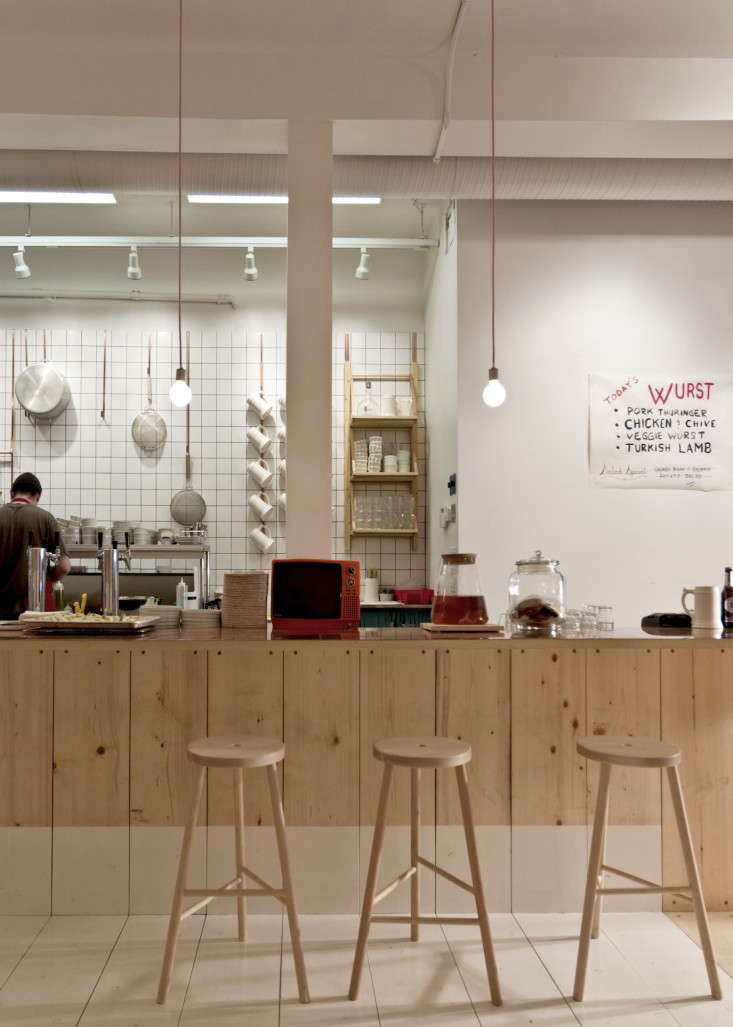 Above: The open kitchen is kitted out with its own ingenious wall storage system. The stools are made locally by Joji Fukushima of Fieldwork. 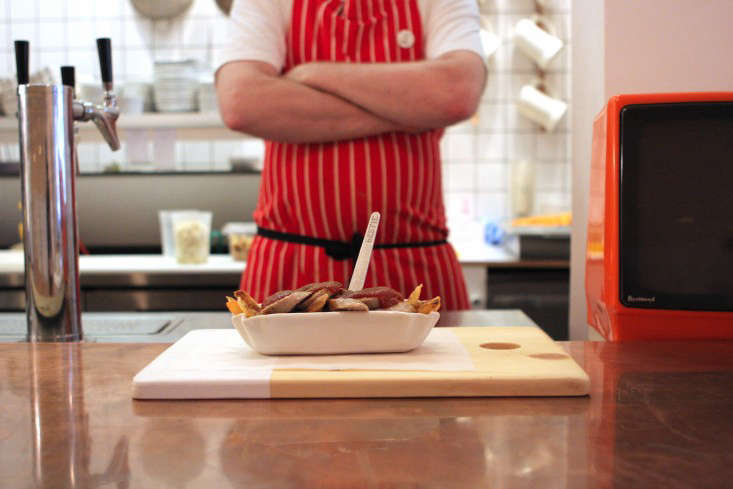 Above: Currywurst is served with pommesgabels (potato forks). “As with the stripped-down and direct menu of German street food, the space celebrates ordinary materials and simple details,” say Scott & Scott. 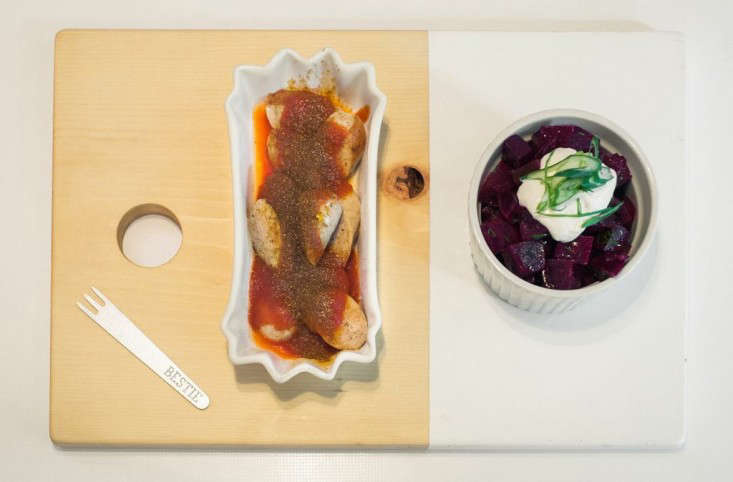 Above: The restaurant’s signature dish, plus a side of beet salad, presented on a color-blocked cutting board. The currywurst plates are by Vancouver ceramic artist Maggie Boyd. Photograph courtesy of Wayne Webb. 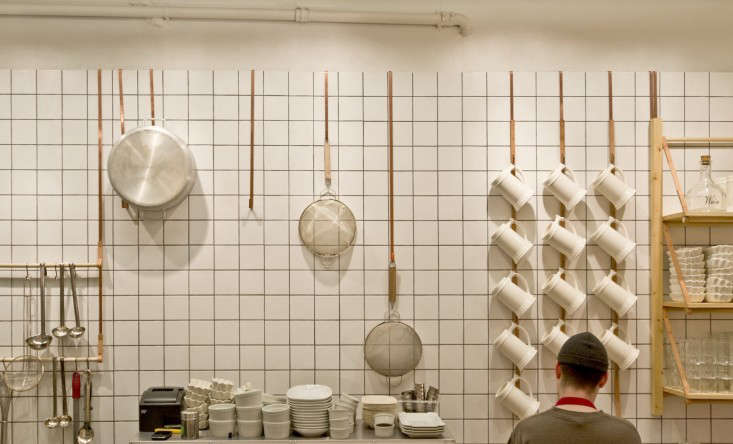 Above: Kitchen tools and steins hang from metal hooks on adjustable leather straps suspended on a tiled wall. 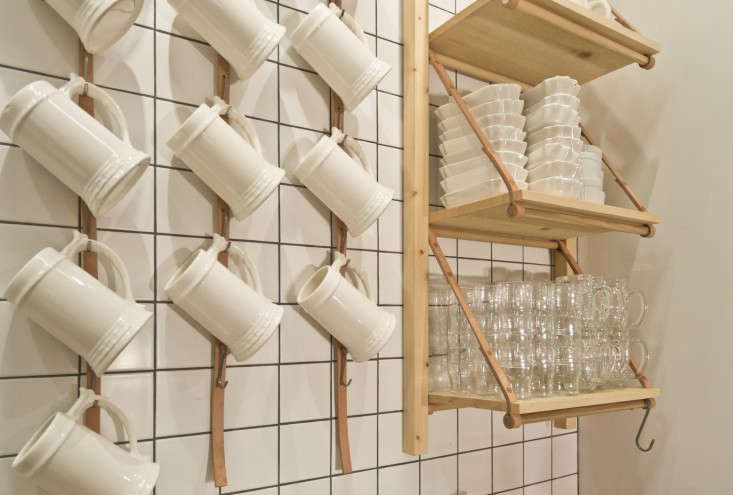 Above: Wooden shelves with leather straps hold dishes and glassware. 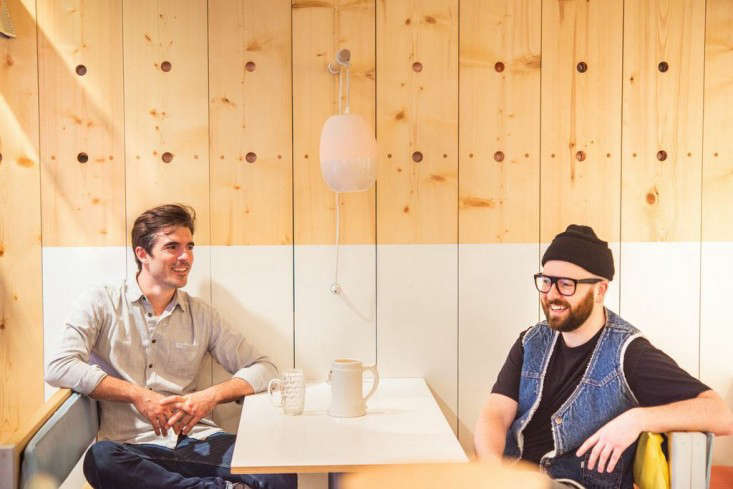 Above: Owners Clinton McDougall and Dane Brown. The two financed the restaurant on Indiegogo and hit their pre-sale target almost overnight. Photograph courtesy of Wayne Webb. 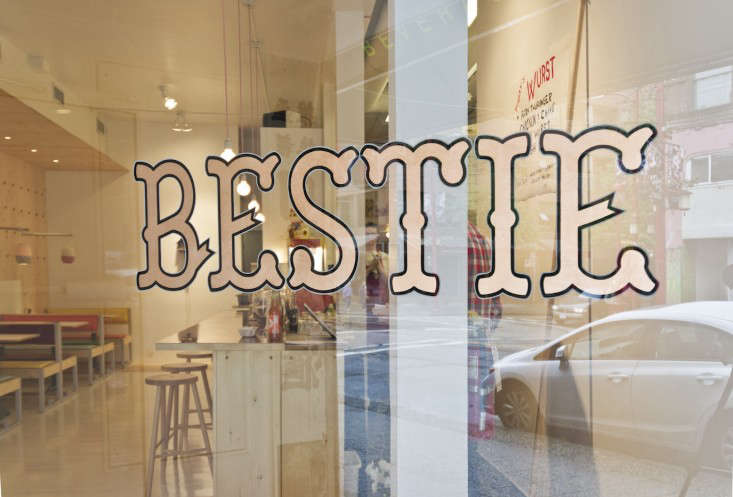 Above: The fun begins at the door. 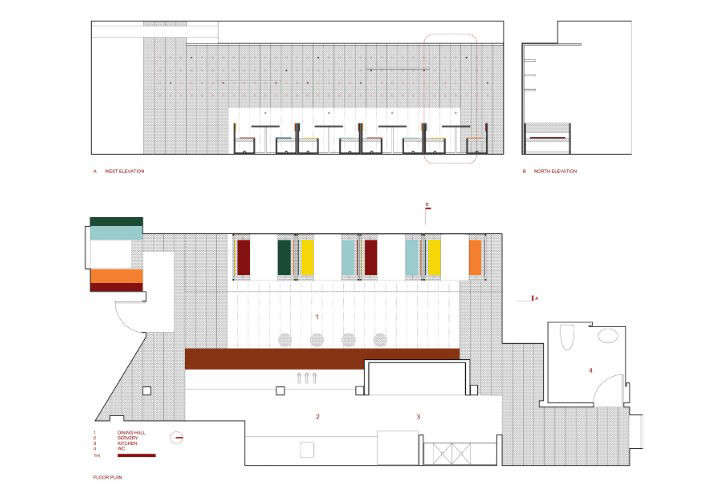 Above: The bench colors and copper bar were an integral part of the plan.

Architects Scott & Scott designed an award-winning ski house for themselves that we just featured: see An Off-the-Grid Cabin in Vancouver, Candlelight Included. Another of our favorite Vancouver hangouts is Le Marche St. George, a cafe and grocery. Some of our favorite design ideas come from restaurants; see our Restaurant Visits for more inspiration the world over.

Made in Canada: The World's Best Laundry Pulley